This morning we were up early doing our Aussie duties, loaded up Portia, went into Wiarton to pickup Shea-Lynn (who helps me with the pups), and her friend, Cody, then headed on down to the International Centre in Toronto by 8 am.

We were headed to the Canadian Pet Expo 2015 for the very first time.  We had been fortunate to get our tickets online in advance a month ago at a deal of 2 for the price of 1.  $18.00 for two people made attending all that more attractive.

The Pet Expo is going on all weekend so if someone loves pets and is looking for something to do either tomorrow or Sunday, check it all out by *clicking* HERE.


Yes that was the lineup when we got there, going away around for quite the distance.  Finally someone had came around to tell people who were pre-paid to go up to the doors and go in the other side.  We moved through very quickly then.  The time we had been waiting was very good training for Portia, and she did perfect for her very first time out in a huge crowd, not to mention all the strange doggies. 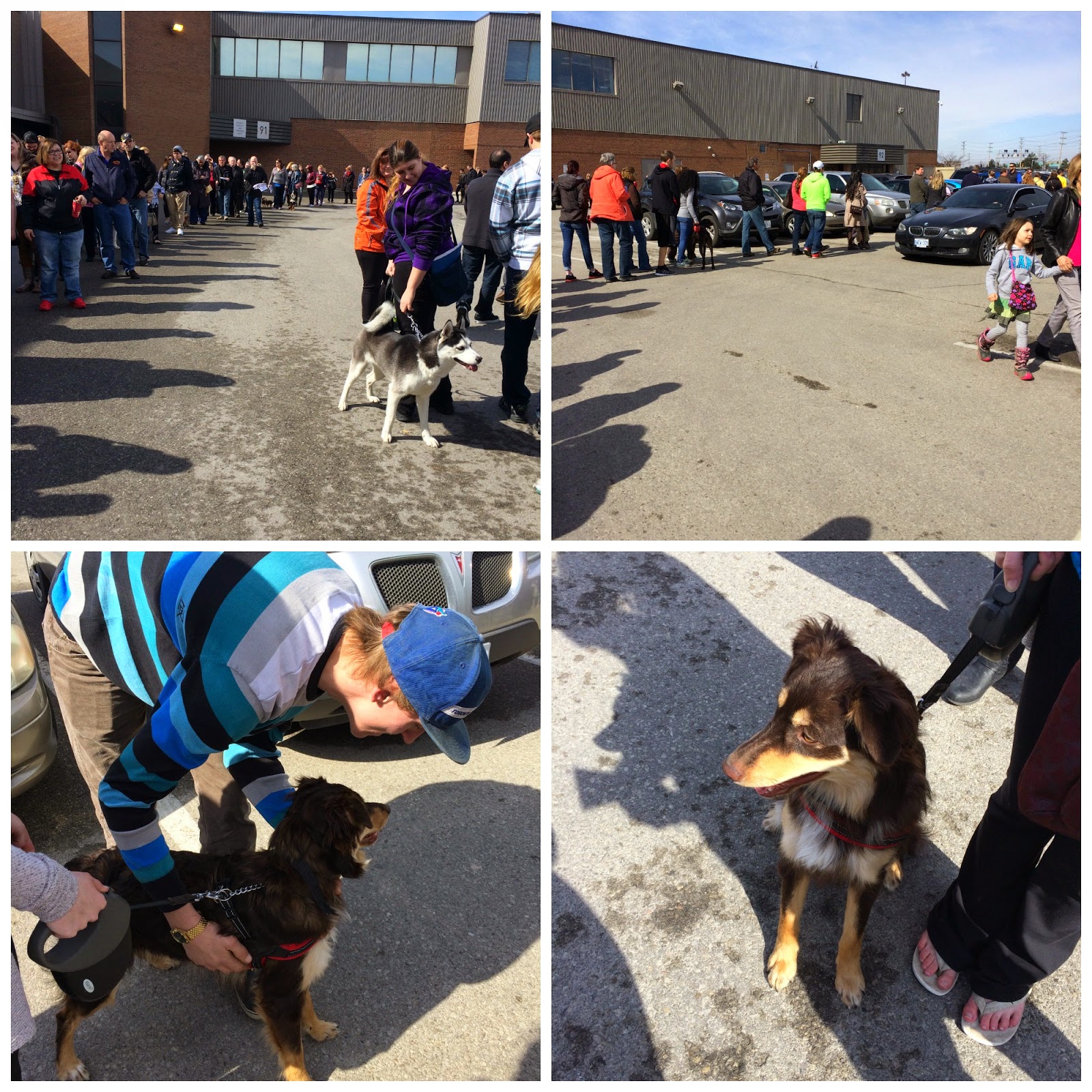 There were lots of introductions with also a bit of kissing going on. 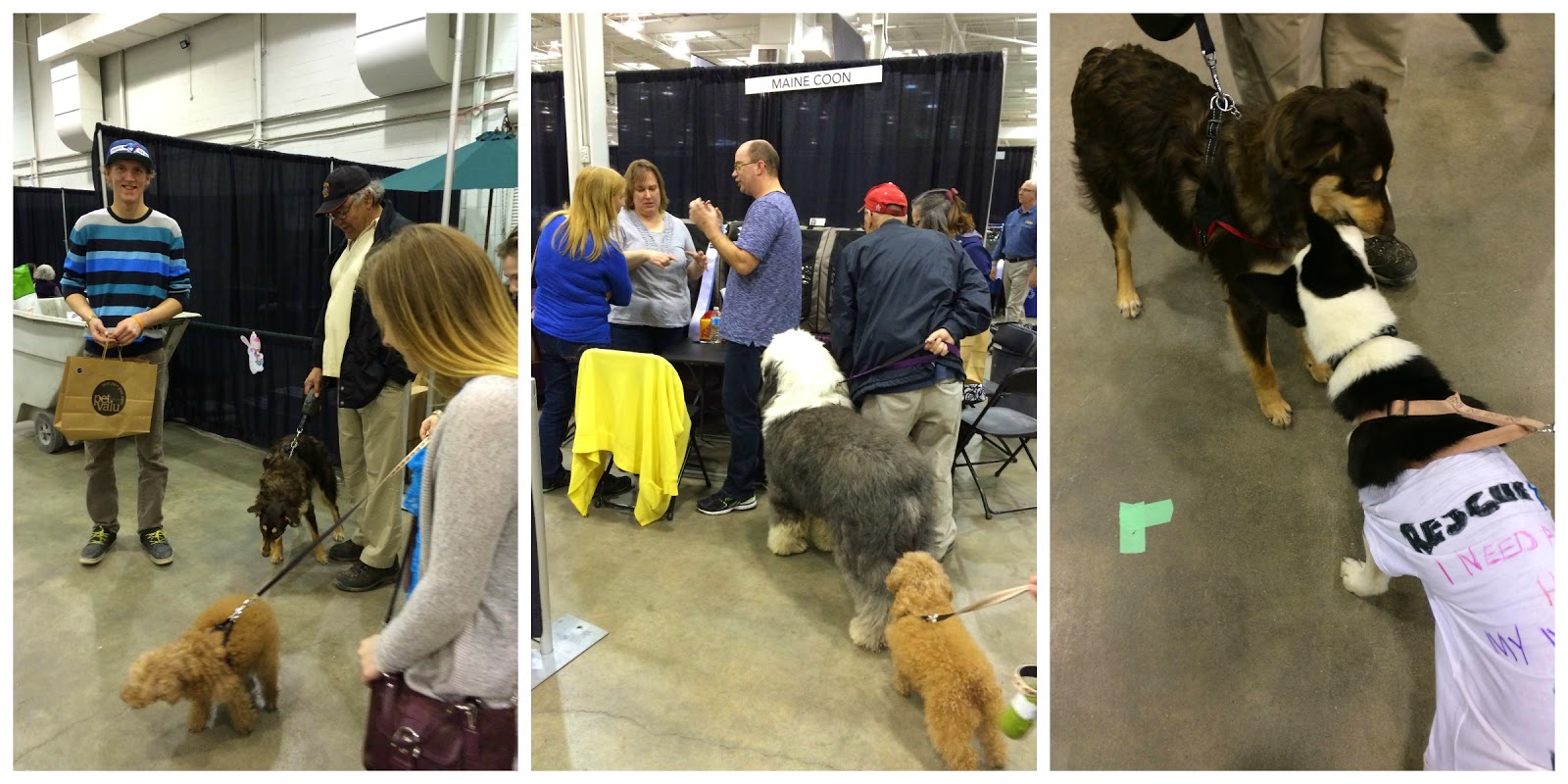 All things pets from Reptiles, to Kangaroos, Cats, Dogs and there was even Humans there too trying things out. 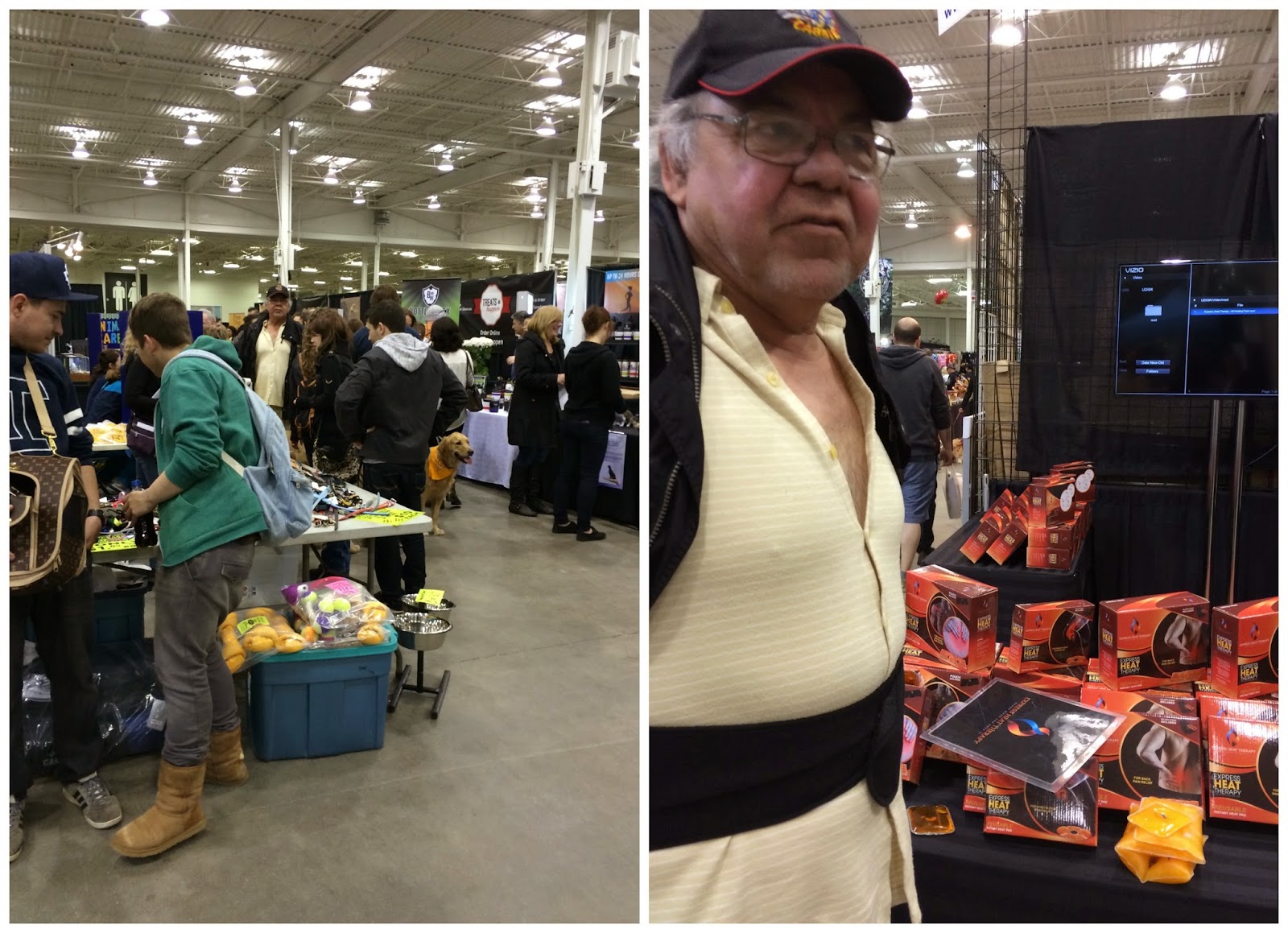 Raven of our 2014 Festive Five Litter came to meet us there thanks to his Forever Home Mom and Dad, Natasha and Colin, bringing him along.  He is such a good boy ! and almost 4 months old. 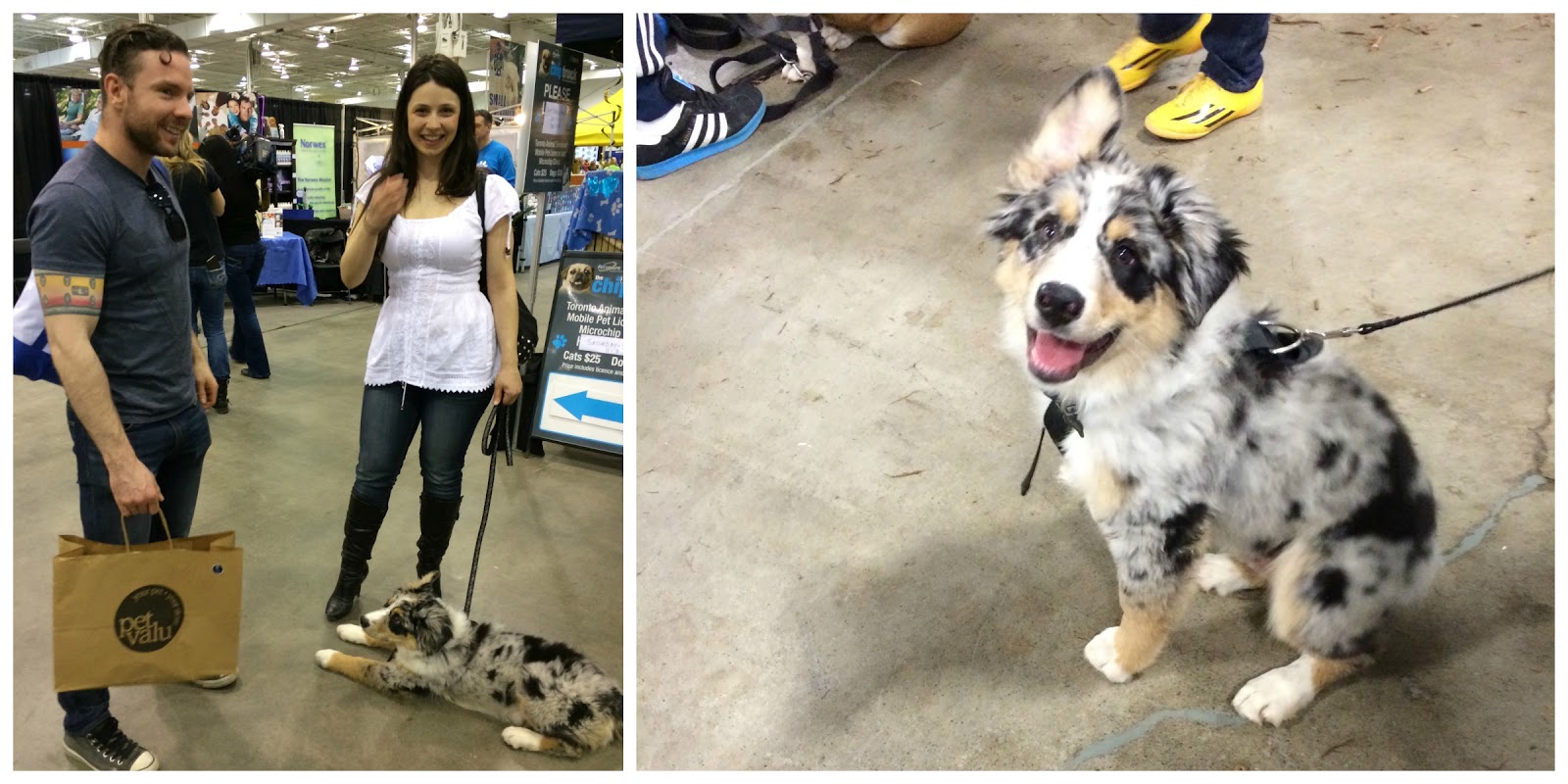 There had even been a puppy babysitting service "free of charge".  Portia had never had a play date before, however Raven has had lots, so we tried it out.  Portia was very much on the shy side with the other pooches however really loved the attendants.  She eventually came around and played with Raven so we were told. 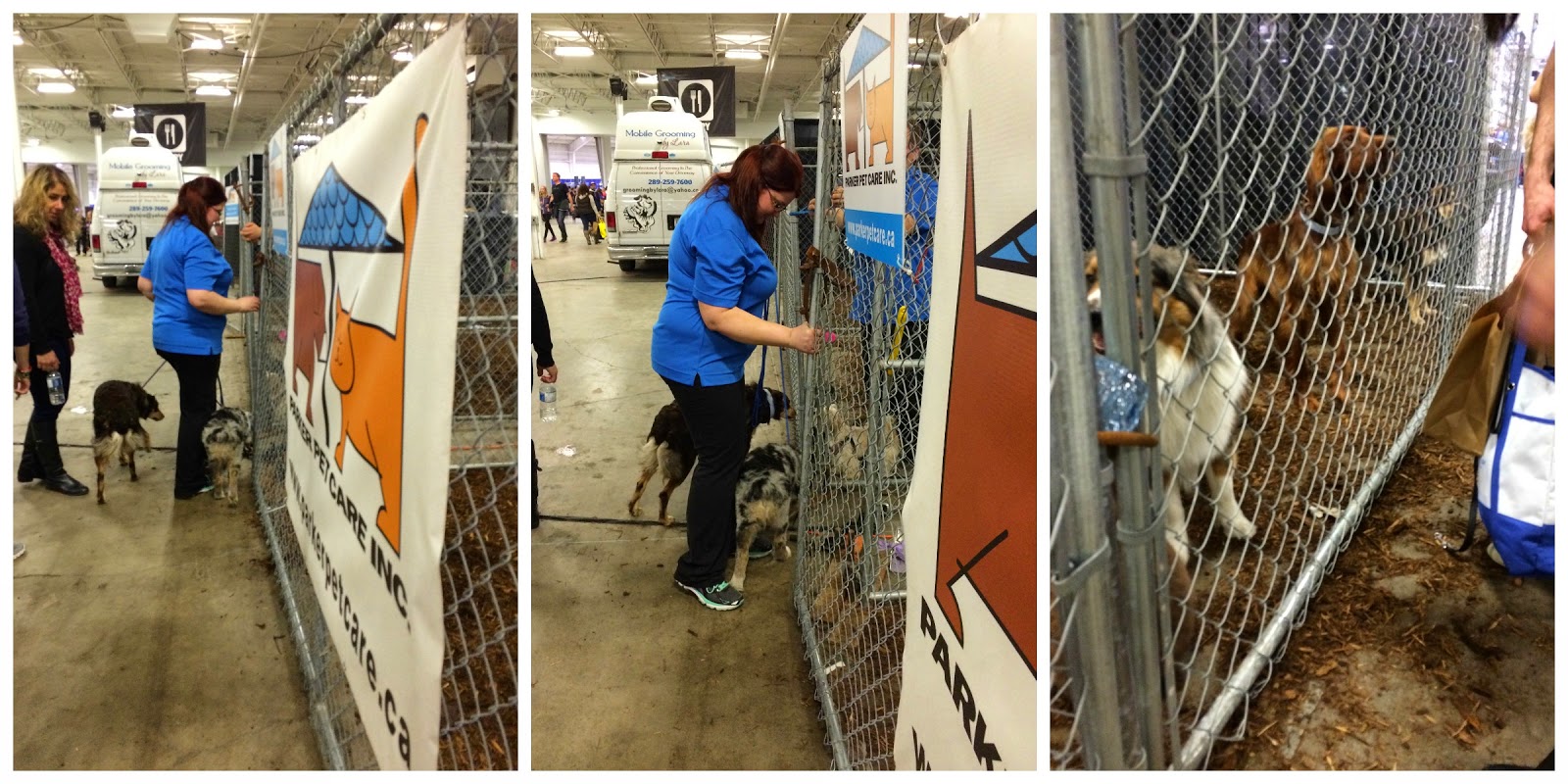 Rob found a rest place while we watched the wheel being spun for doggies to have a chance on winning a prize.  Portia won a stuffed bone with a squeak inside. 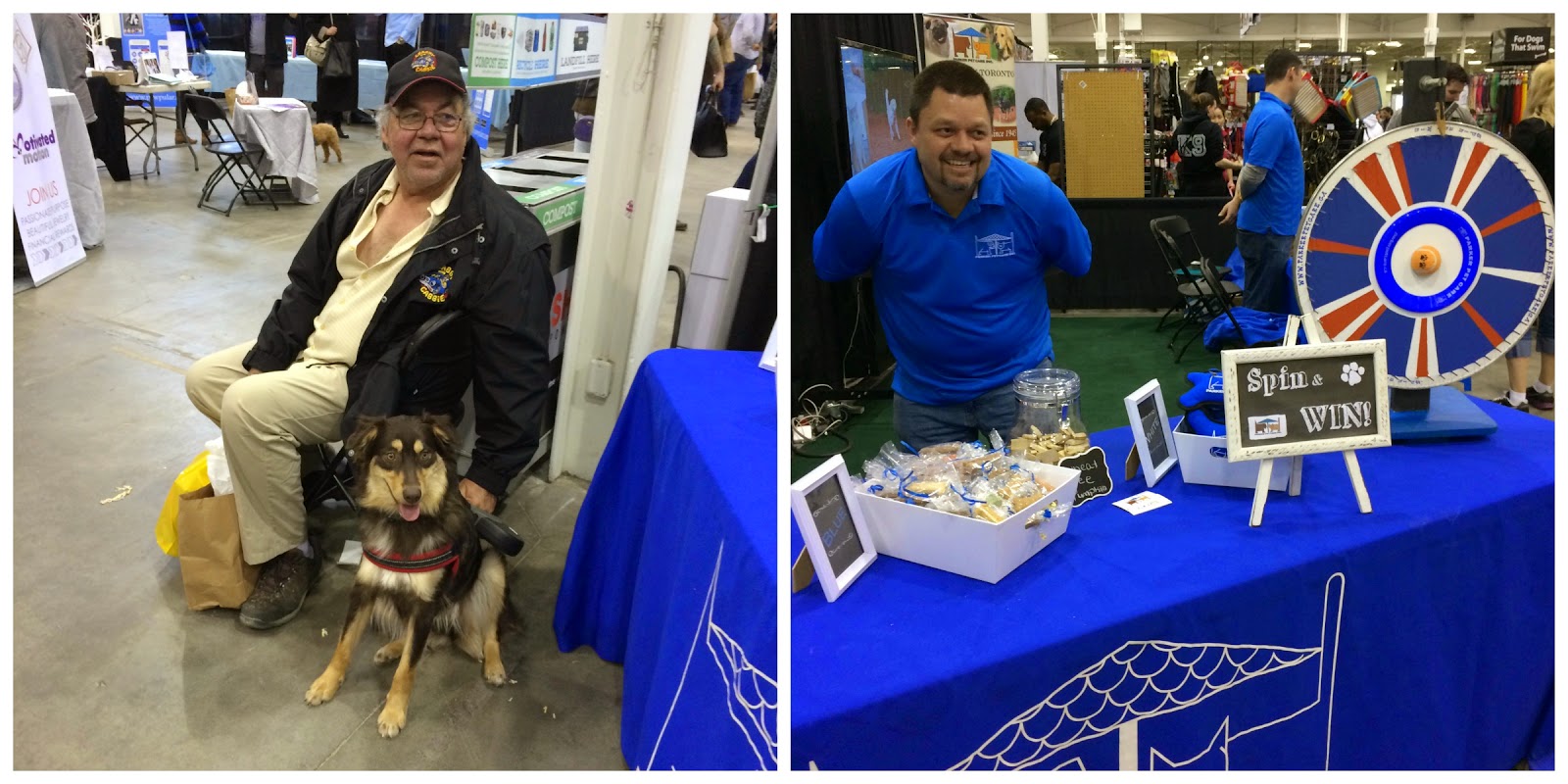 There were HUGE dogs, PRETTY dogs, and DRESS-UP dogs ... and much much more. 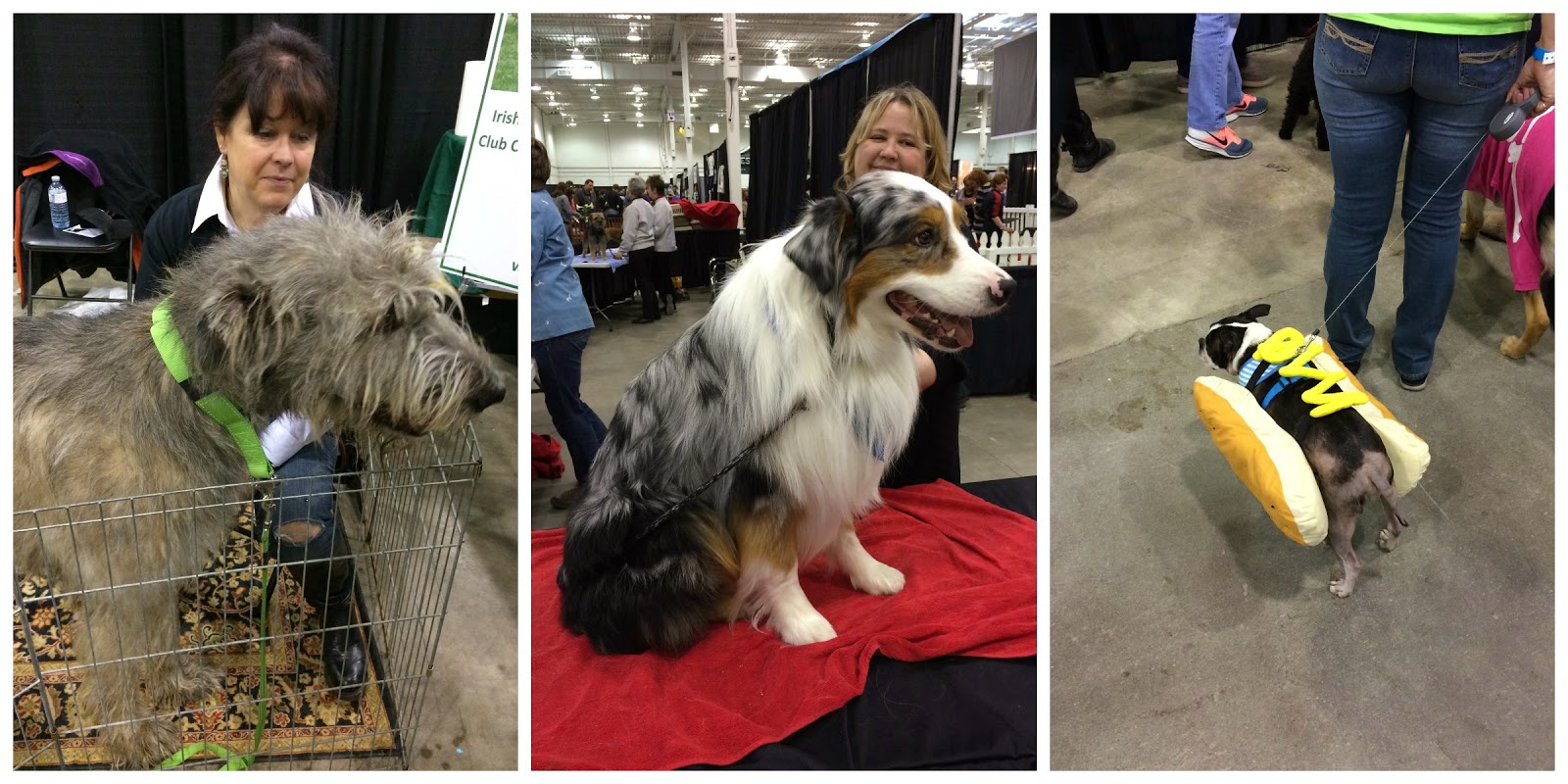 We all had a good time.  There had been lots of people who had brought their dogs, and we had never came across one incident along the way.  This was the first year the Pet Expo allowed pets entry, and maybe it will continue if it goes well this time around.

We returned home about 5:30 pm.  Are Rob and I tired? we most certainly are, and I suspect Portia will also be going to bed early tonight as well, Just North of Wiarton & South of the Checkerboard.
Posted by Cindy@NorthofWiarton at 4/03/2015 07:24:00 pm