"Yes March 2012 came in like a Lamb, with hopefully the Lamb not holding onto the Lion for dear life as it goes out into April !!!" 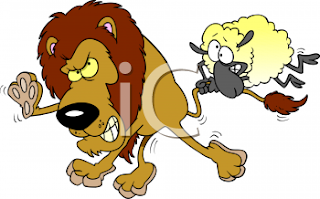 "I went out to leave for the weekly VON SMART exercise class this morning to an unpleasant surprise of having to clean off the extremely "thick" ice which was coated on my truck's windshield, after I had cleared the 3-4 inches of heavy wet snow off first." 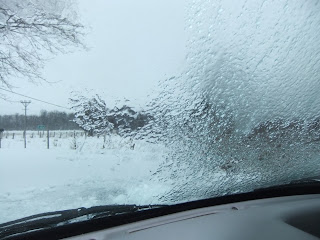 Before I went to exercise, I had to slip around to drop off the Himalayan Salt I had picked up from The Southamtpon Meat Market last week for my friend, Diane.  I so enjoy the few and limited times I get to see Diane.  She absolutely had to surprise me with gifts of ....
"A neck warmer, head band and bracelet she had personally made herself from recycled T-shirts.  Diane had found the idea when she was browsing through Stumbleupon.  They really are "To Di For Designs"." 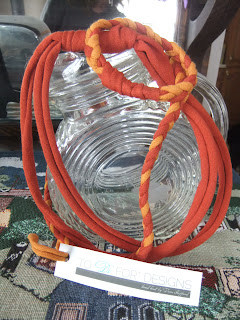 "Where Diane also found the recipe for making her own Laundry Soap, which she also shared with me.  Isn't sharing just the absolute best?" 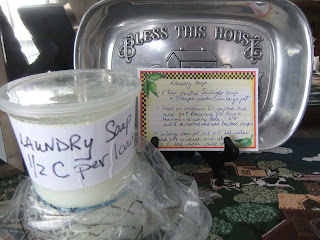 Diane is just so nifty and crafty.  She is my friend who is knitting Bears for The Mother Project at:   http://www.motherbearproject.org/ .  Thanks Diane, it is also so much fun when I do get to see you, however brief the time might be.
Once exercise was over, I finally made it back home just before Dinner time.

Dinner was easy for me to make today, and with mornings like these easy is the best, with leftover Pork Loin, fried potatoes and creamy cucumbers.  Rob of course couldn't resist having a piece of Key Lime pie after Dinner ...
"He was pretty excited when he looked in the fridge after arriving home last night to see it there." 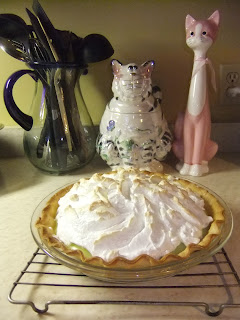 Speaking of my "Crabby Cabbie" coming home last night, he just had to wake me up at around the 1:00 am hour to show me what he had brought along home ....
" .... a deal to good to refuse !  A 47 inch (I think) 1 year old Samsung flat screen TV for one helluva unbelievable price, which I am sure nobody would believe, it was that good.  Someone had just bought a 72 inch (or whatever size) and just wanted to get rid of this one.  Not sure where Rob is planning to put this baby, as there is nothing yet wrong with our 14 year old Panasonic TV (which is not HD or a flat screen, but does have the very best colour going)." 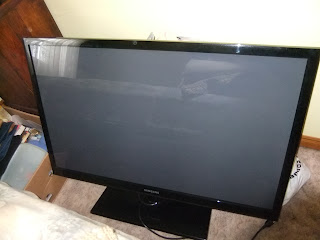 With Dinner over with and cleaned up from it was a "time out" for a coffee together before I headed out for a walk downtown with my friend, Sharon, and my "Crabby Cabbie" headed out to work.
"There is Shirley and Katherine in at our local Drugstore dressing up the scarf display.  Oh my would I love the lacy off-white one.  It is so pretty, and only $9.99 !  Another time maybe .... " 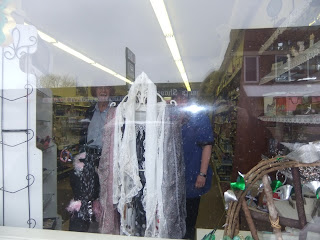 There was one store Sharon and I stopped into where I was mentioning to her about my lotion in the pump bottle not pumping out anymore, and that I had turned it upside down finding there had still been about 1/3 bottle of lotion in it.
"There had been another lady in the store who had overheard me saying I turned it upside down, who mentioned if one was to put a bit of olive oil in the bottle this would work very well too.  Thought I would pass this on, as I think it is an awesome idea, considering the price of a good lotion now a days.  Also the olive oil would not only make it easy to dispense the remaining lotion, it would be an added benefit to the dry skin." 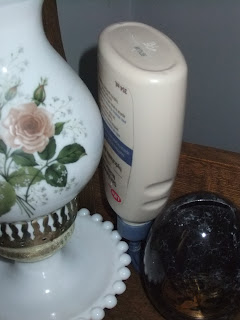 I wonder how many throw people throw the bottle out once the the lotion ceases to pump any longer?
"The Month of March is also National Nutrition Month." 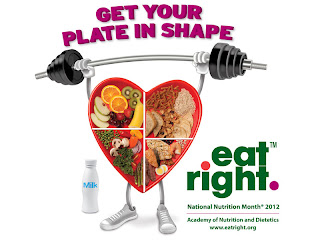 I plan not only to "Get My Plate In Shape", but also up my exercise routine.

I have been slacking of late, needing to rectify this by getting myself back on the "Band Wagon" with better eating habits and a regular routine of exercise.  Not that I don't eat right or exercise, I just need to start doing more for myself and my body in these two areas.

Eating right and exercise are the keys to the better success of your Health, or so I believe to them to be, with many organizations to back me up on these two beliefs.
I put forth a Challenge to anyone out there who would like to get their own "Plate into Shape" in the month of March, along with me.  There are no prizes to be had, just the "feeling good" about yourself once you have gotten more energy and a feeling of well being from the benefits of a healthy lifestyle change, which includes good food and portion sizes, as well as keeping active with a regular exercise routine of at least 30 minutes a day.
I have weighed myself this morning.  Tonight before bedtime, I will be taking measurements of my hips and stomach/waistline.  My weight and measurements I will be recording.  Once a week, from this date, I will be repeating the recording of my weight and measurements for the Month of March, hopefully continuing to carry-on further with this weekly routine.  Should you be up to the Challenge, please email me at justnorthofwiarton@live.ca , to let me know I won't be doing this alone. Where by email we can encourage each other in knowing we aren't alone.

I will also be noting any progress, good or bad, on my blog throughout the Month of March, since it is the National Nutrition Month.
Next week I will be posting an Article by a Guest of "Just North of Wiarton & South of the Checkerboard", who also loves Health, Nutrition and Well Being, so please stay tuned ....
It is Thursday, is it not?  Who else would be Thursday's Child other then ....

...David Bowie, another "Blast from my Past".

The day is becoming grey and dark as the evening approaches here, "Just North of Wiarton & South of the Checkerboard".
Posted by Cindy@NorthofWiarton at 3/01/2012 06:10:00 pm