This morning I was up my usual early.  When outside in a much warmer day, it not being a double digit minus temperature for a change, I looked up to see a spectacular sky.  I did not have my camera out with me, so hoped it was still as it, or close to it, when I went back in the house.

I had not been disappointed when I took this photo from outside our patio doors. 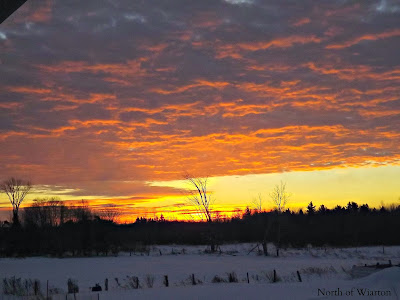 I love taking photos.  I love reflecting back on my days using photos.  I just LOVE photos "period", as they hold a story within them forever of past memories.  If I had the time I would LOVE also to learn how to use a really good DLSR camera with lenses and the whole works.  The lenses intimidate me, so that is what has held me back.  Maybe some day ...

In the meantime I have been very fortunate to have a friend or two, who are really amazing photographers.  One being from my hometown of Southampton, Herman Roote.  Herman actually went to school with my sister, Donna, and his brother with my brother, Allan, and myself with his younger brother.  Funny how our lives intertwine years later, is it not?

I have the privilege of being a Facebook page friend of Herman's also, so I also have been enjoying seeing his photos he posts there from time to time.  I have previously posted a couple of Herman's photos in the past, and recently approached Herman for permission to do so again, as his Winter subjects have captured my attention, more then once.

Here are a few of Herman's photographs I have fallen in love with:


Hello I am a beautiful Snowy Owl. 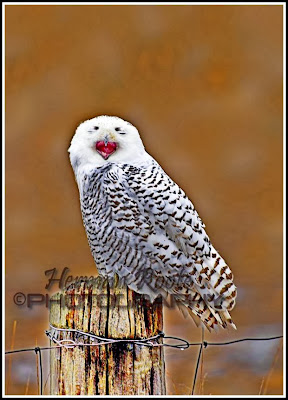 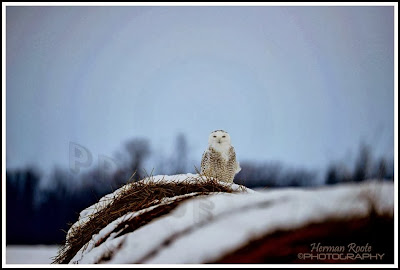 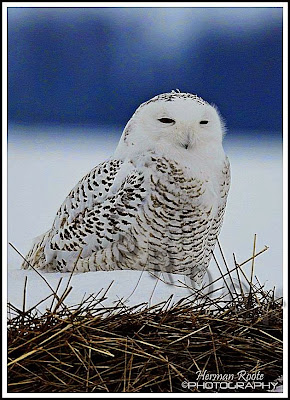 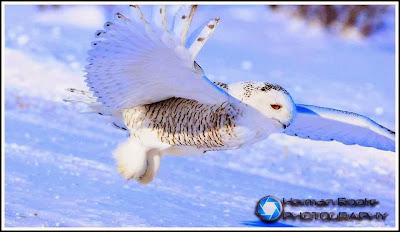 Lovely Red Fox is he/she not? 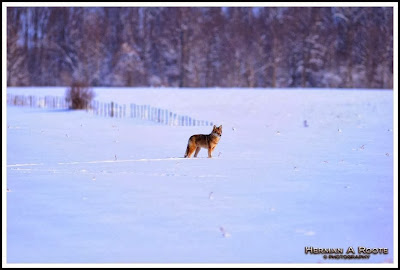 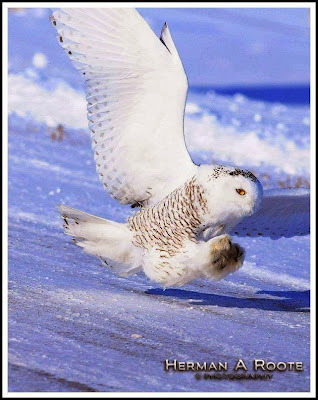 This most recent photo posted had been taken around the Wiarton area.  This photo is one of my favourites. 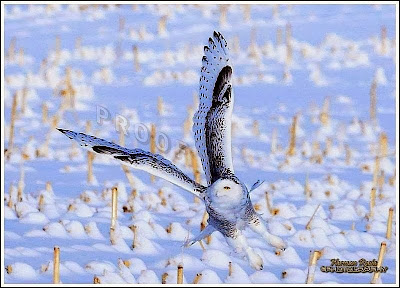 Should anyone be interested in these photos or more of Herman Roote's astounding photography art, please contact him at 519-389-1970, telling him also I said, "hello".  Herman also does beautiful family portraits, wedding and special occasions.

Herman, thank you for allowing me to post your beautiful photographs on my blog, I am truly appreciative.

My day? it has mostly consisted of doing domestic chores here North of Wiarton, nothing too exciting, other then it being warmer now it has been getting quite blustery out there over the past hour or so.  I think we are in for some more nasty weather by tomorrow.

We had a Christmas Dinner get together planned for tomorrow with our Son, Paul and his girlfriend, Liz, and the Children (all 5 of them who are all delightful), but Paul had a fever this morning and is sick.  Between him being sick and the weather not cooperating, we are staying home tomorrow, having rescheduled our get together for another date.

The evening I am going to spend quietly hoping to pickup a scarf I have been knitting for at least two years now, please do not judge as I am hoping there will a day it will be done, "Just North of Wiarton & South of the Checkerboard".

All blog posts of Just North of Wiarton and their content is © Copyrighted to Blog Owner.
Posted by Cindy@NorthofWiarton at 1/04/2014 06:02:00 pm