My "Crabby Cabbie" was grounded again last night.  Bruce County had been closed up tighter then a drum.  The Highway in front of our house was not opened until late this morning.  Vehicles had been stranded all over the Peninsula and were being dug out this morning.  Drifts over 8 feet high were being reported, along with photos all over Facebook.

Our "Old Fashioned Winters" seem to be returning to Bruce County, with my husband being the King of Snow Removal the last few days at our home.

There was still more blowing out of snow with the tractor again today, but some of the vehicles had to be actually "dug out", cleaned off and moved out. 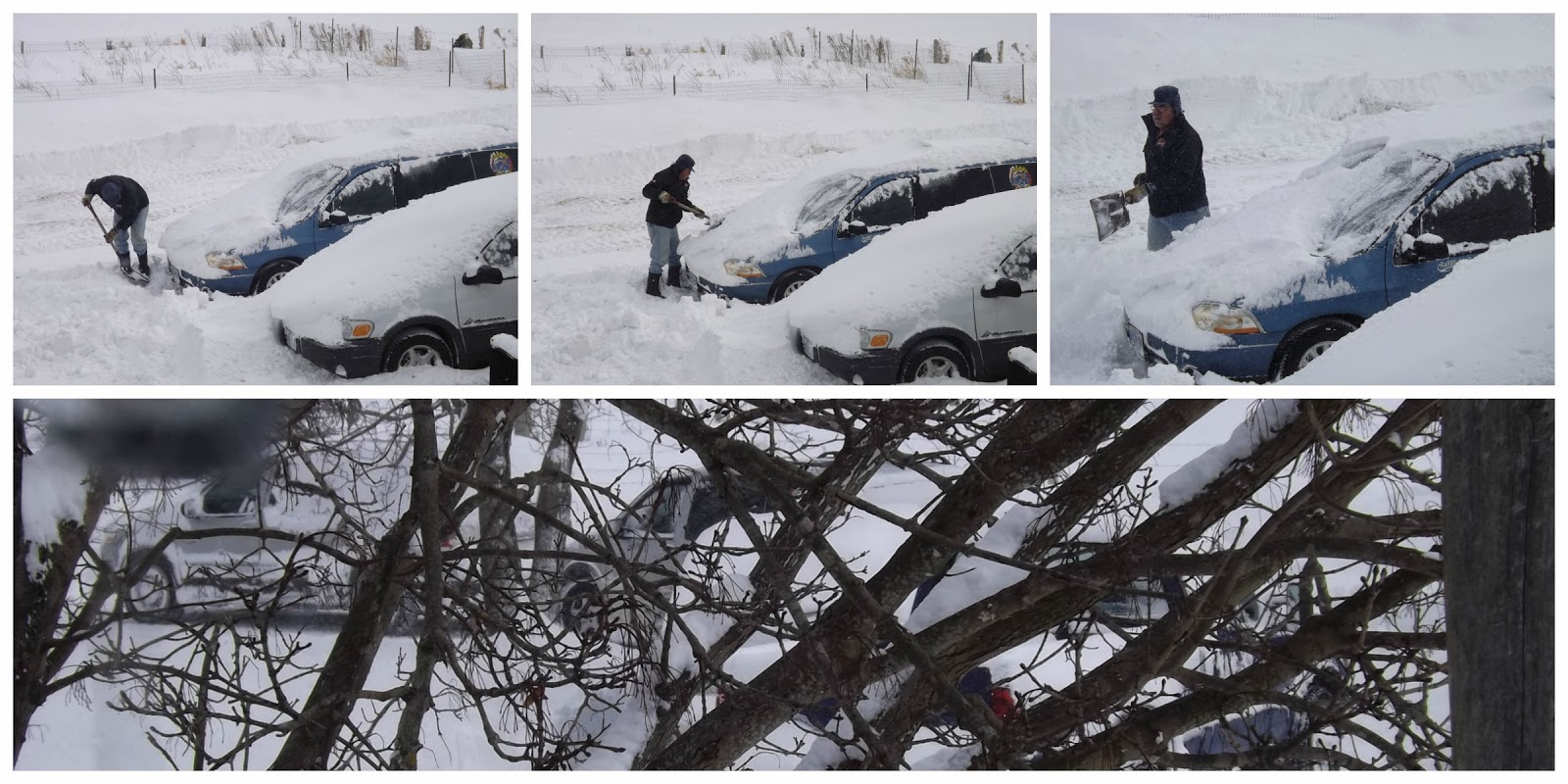 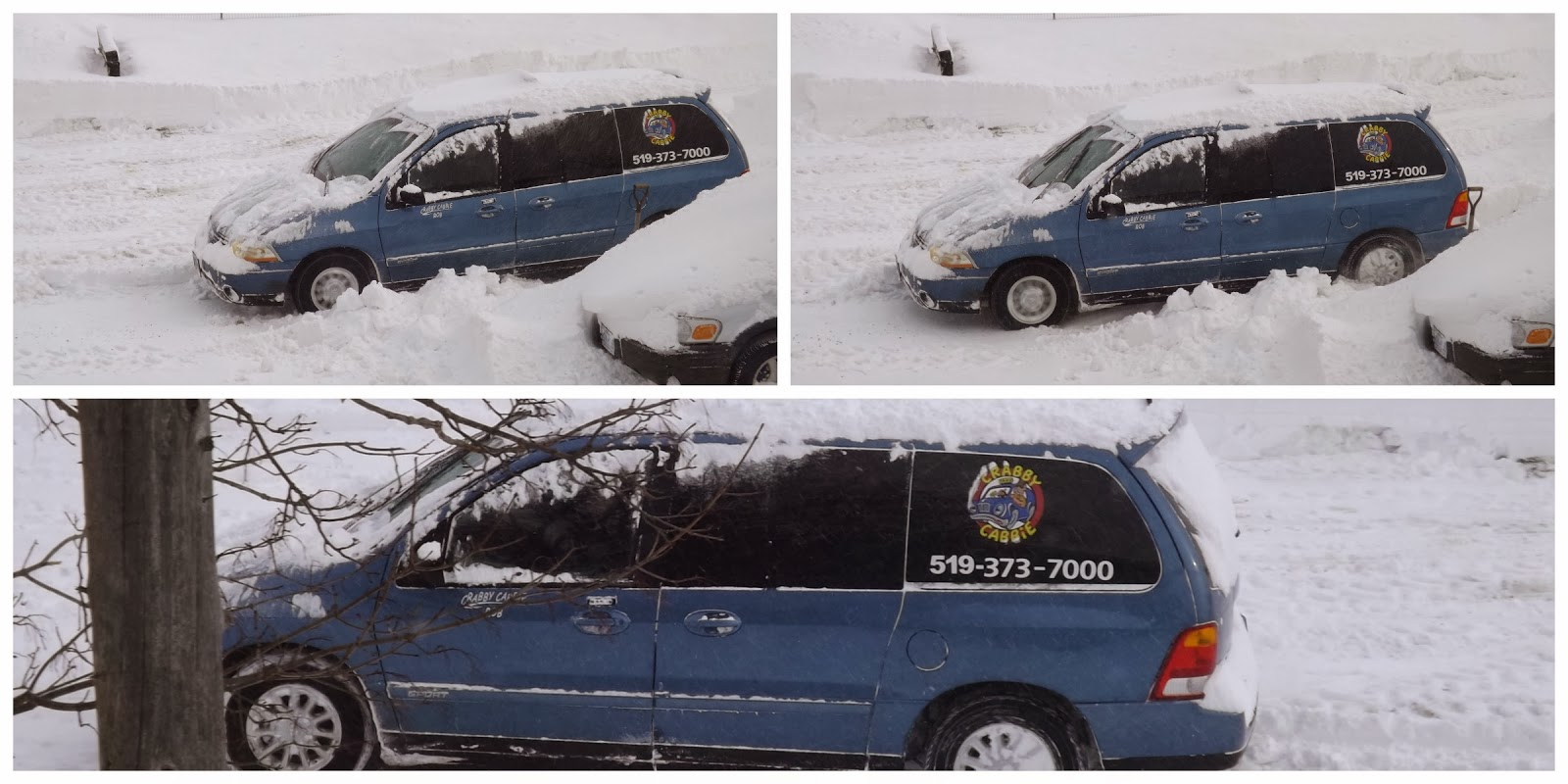 Today I had lots planned, including washing our bedroom walls with hopes of getting them painted soon, if not before our new mattress arrives.  This of course was not to happen, as the Queen of the Festival Pageant was rescheduled, after being cancelled Friday & Saturday, for this afternoon at 2:00 pm.  Also the Willie Snow Hill Bee was also taking place today at 1:00 pm.


Shortly before 1:00 pm, Rob and I headed on into Wiarton.  The roads still snow covered and icy. 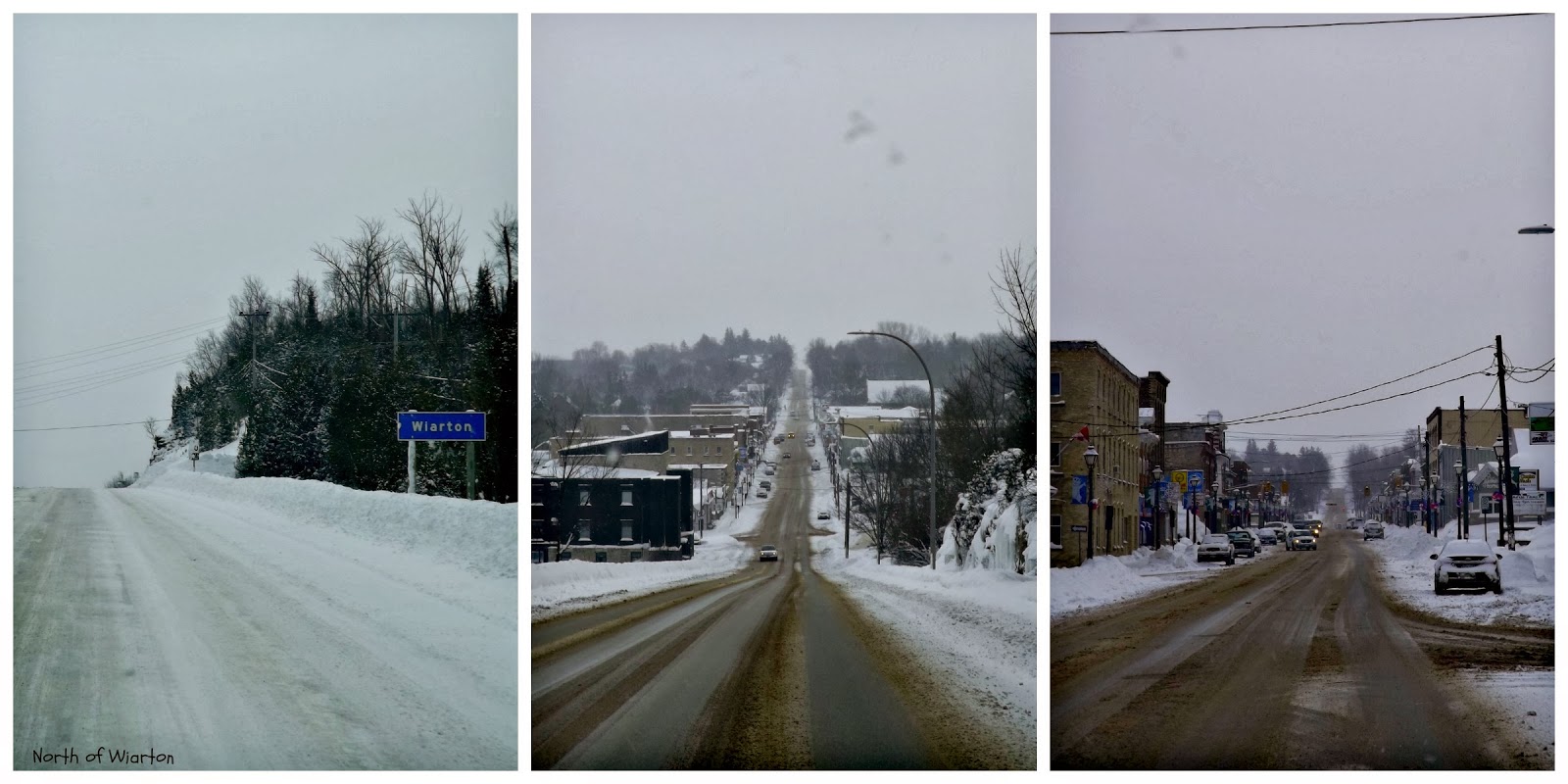 We arrived at Wiarton's Bluewater Park to find a wonderful crew of Worker Bees.  Creative Worker Bees I might add.  Lots of fun is going to be had on this Hill created for the upcoming 2014 Wiarton Willie Festival. 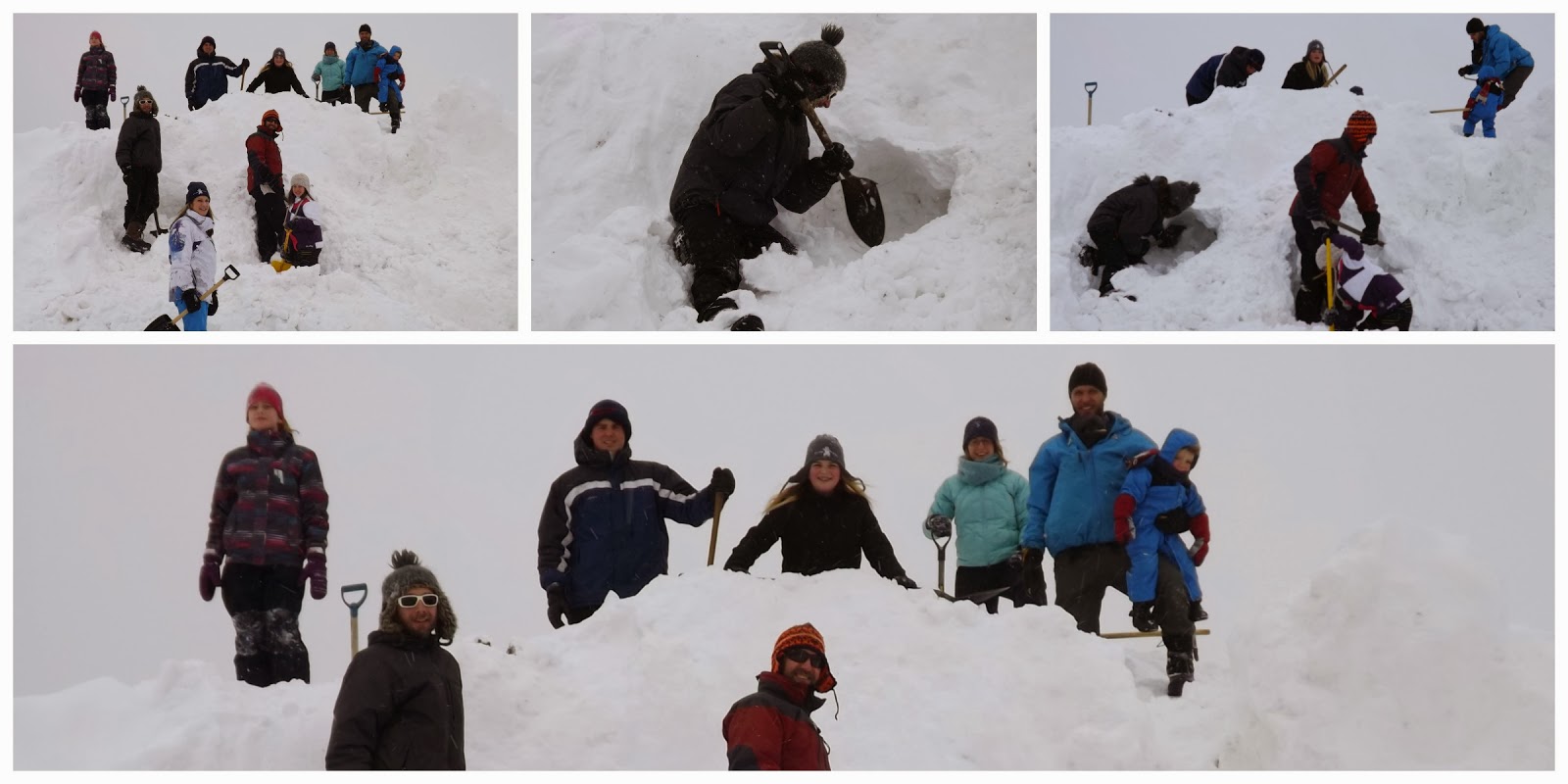 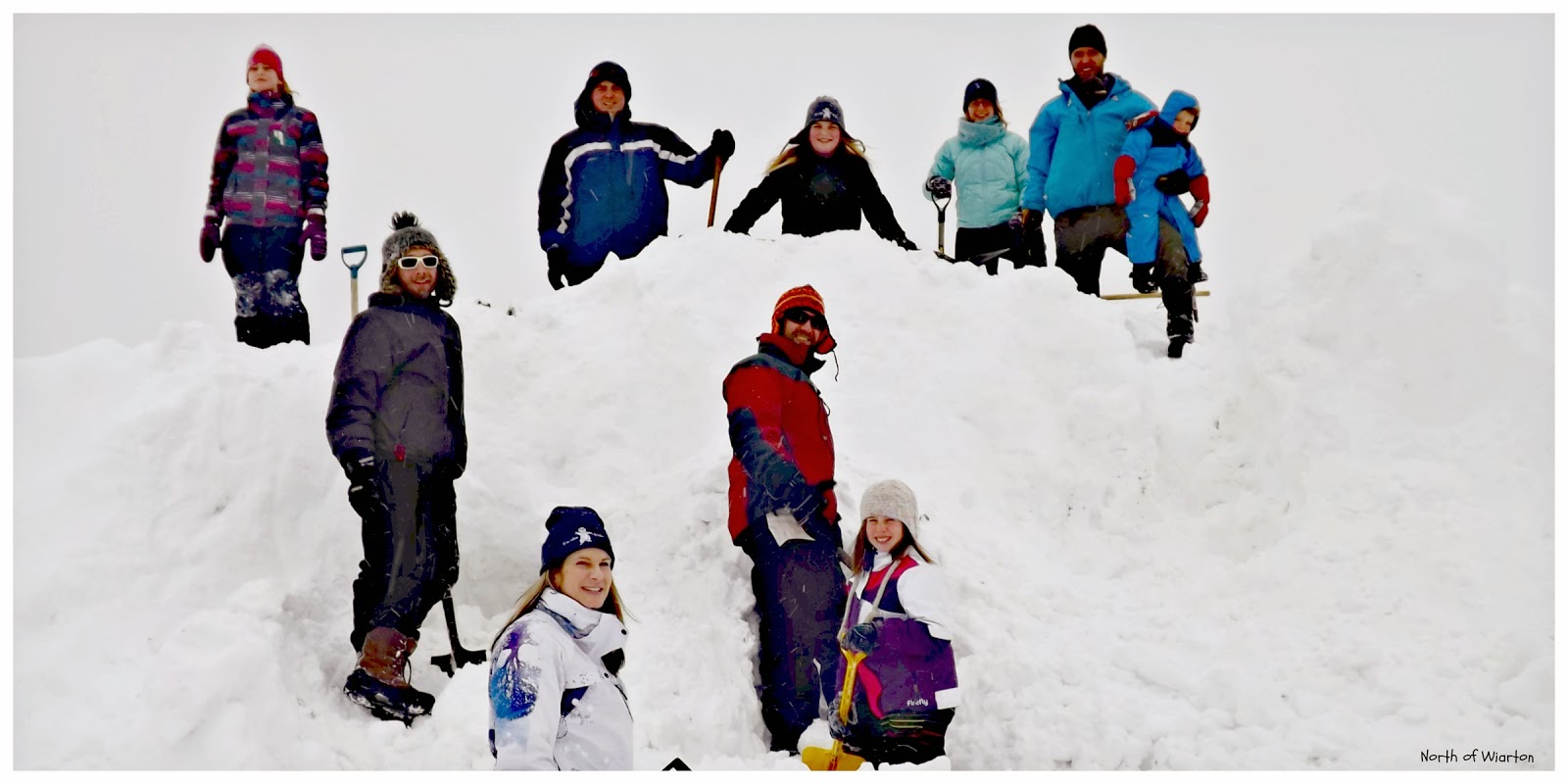 Next stop was at the Wiarton Community Centre where the Queen of the Festival Pageant was taking place.  I got lots of photos of "behind the scenes", as well as of the pageant itself.  I had over 300 photos on my camera today, but I am only going to share the "highlights".

A lovely lineup of young ladies, sponsored by local Wiarton Businesses, were excitingly awaiting for the Pageant to get underway. 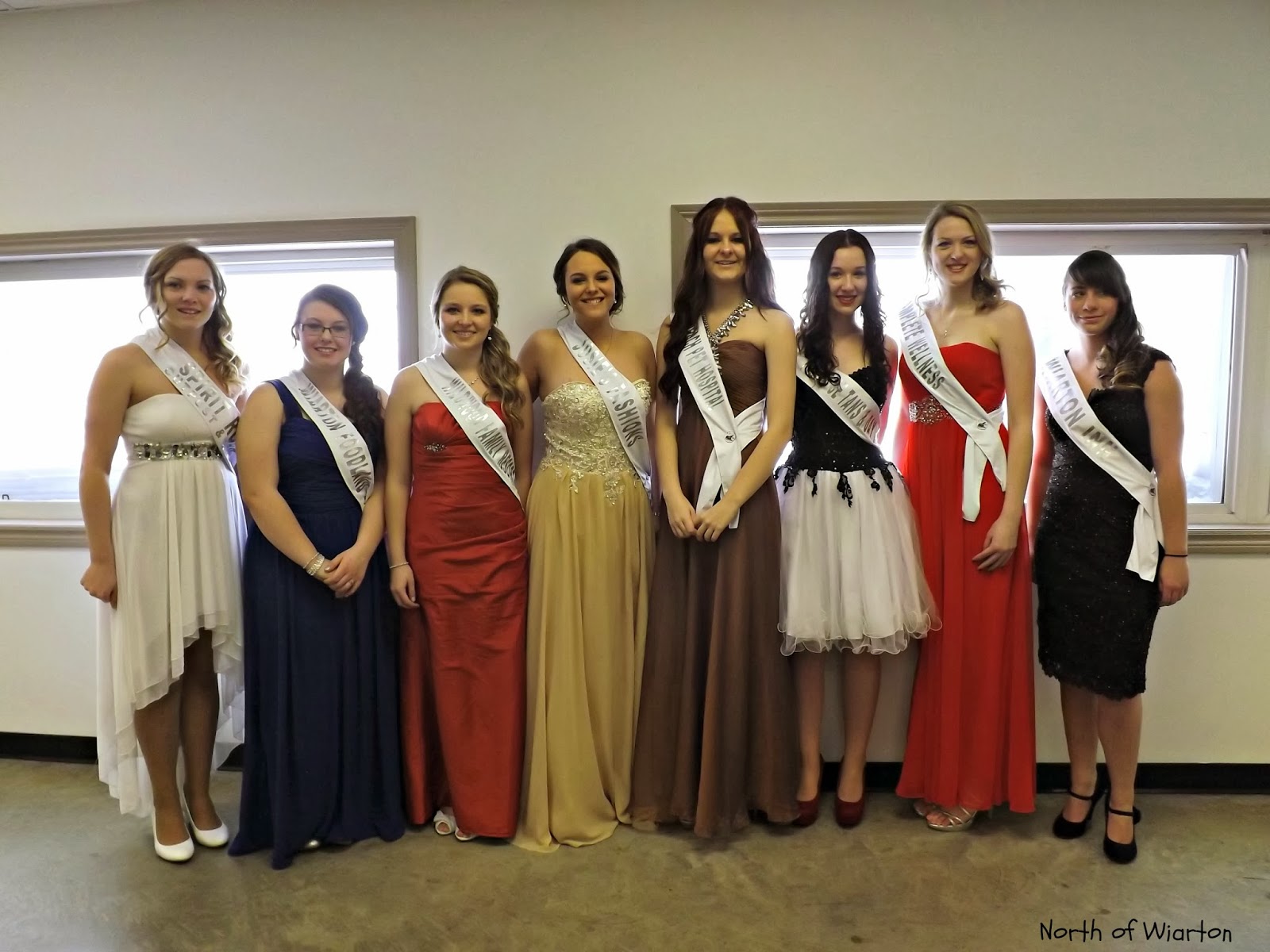 There were speakers, including Mayor John Close, as well as entertainment while the Judges made their choices of 1st & 2nd Princesses, and their pick for the Queen.  Amazing entertainment including a Guest appearance by Wiarton Willie. 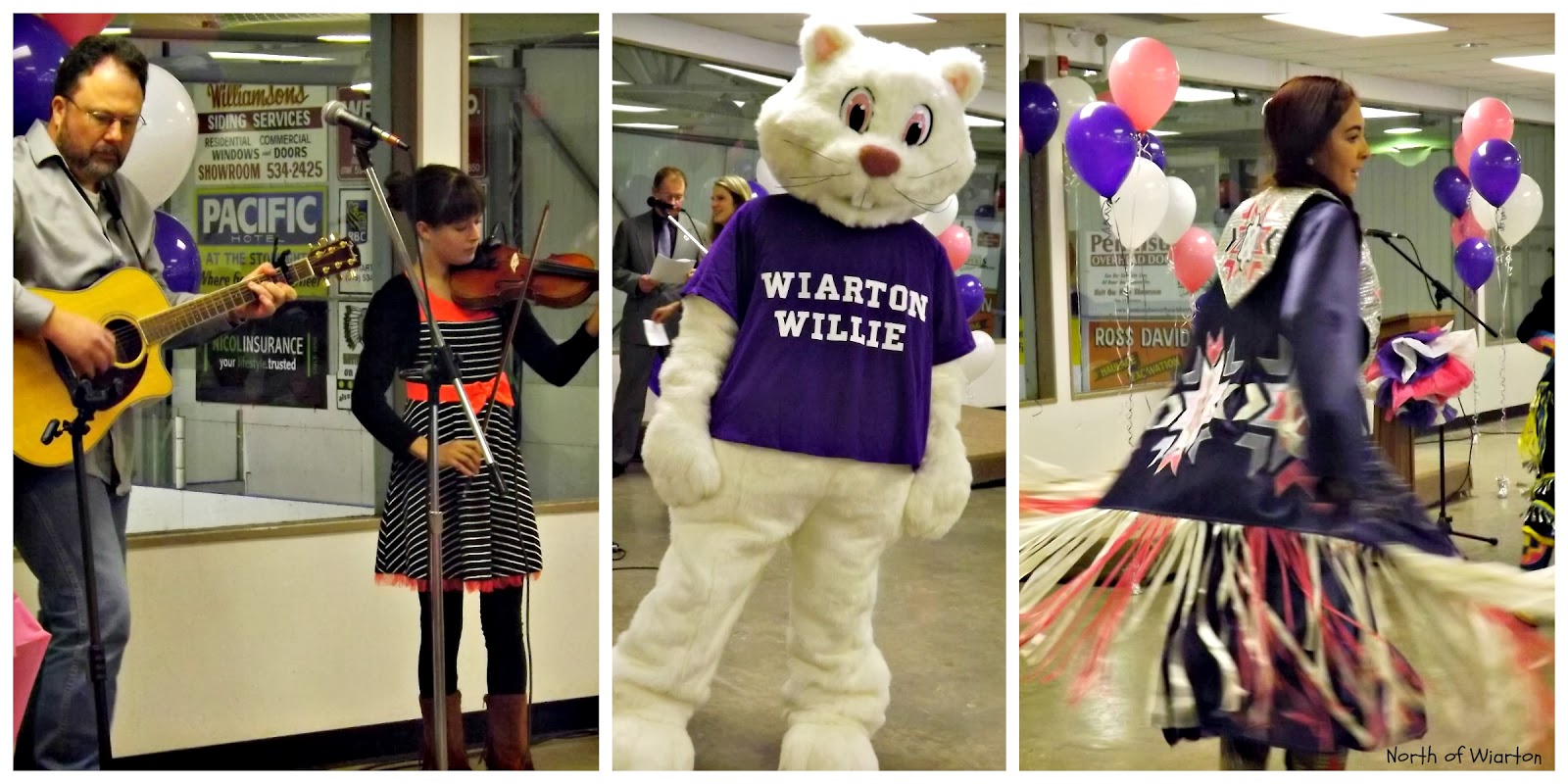 The moment everyone was waiting for ... the crowning of the new 2014 Queen of the Festival.  Congratulations to the very lovely Sarah MacCleod, sponsored by the Sauble Beach Pet Hospital. 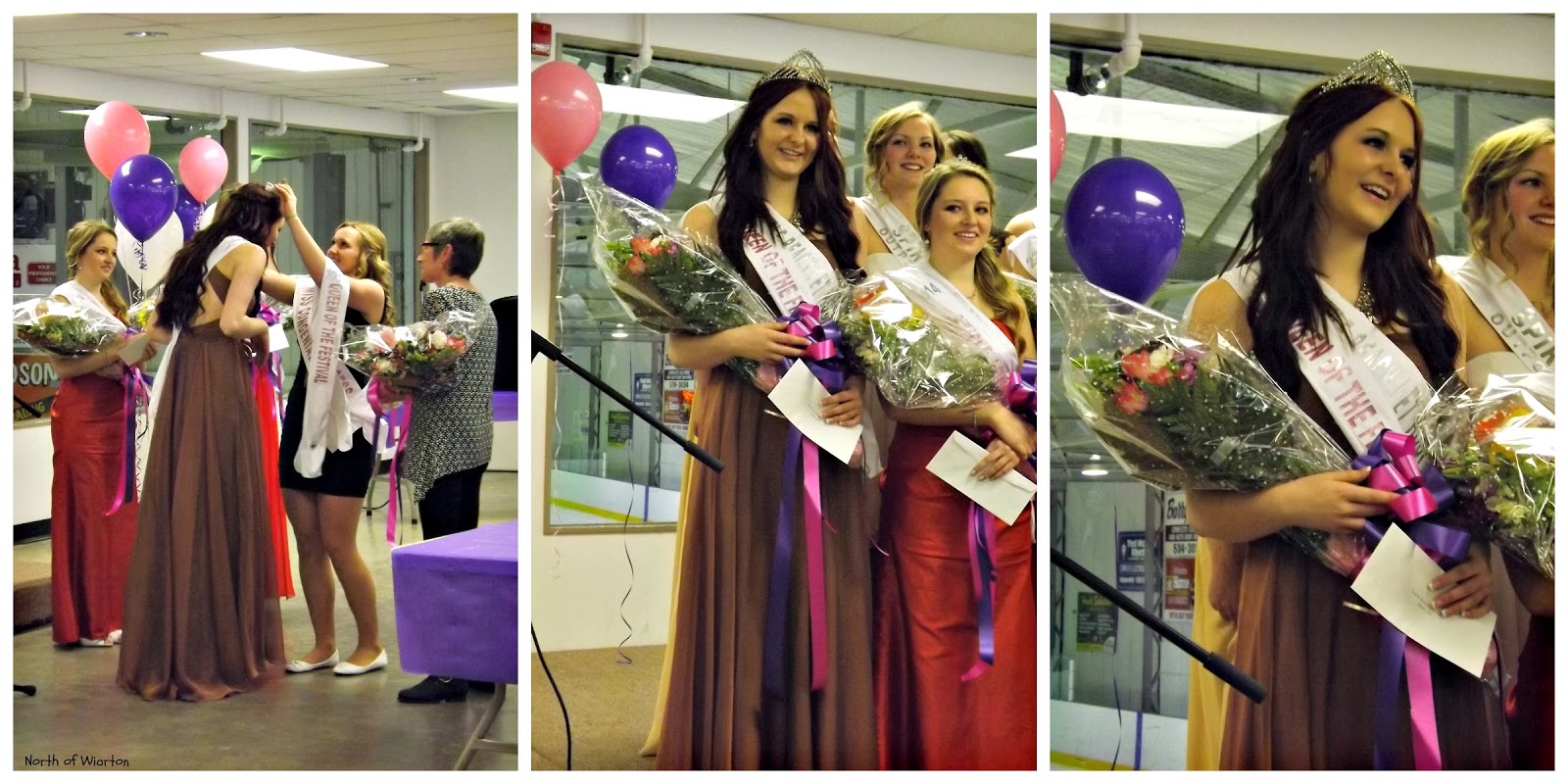 The pageant went about an hour or so.  Rob had gone to get our van fuelled up, but had been waiting outside for me when I had finished up when the pageant had ended.

I had planned on making Chicken Pot Pie today, however it had been late afternoon by the time we had arrived back home, and I was tired.  Out came 2 containers of  homemade Turkey Stock from the freezer to make Chicken Vegetable Noodle Soup with the leftover chicken from last night.

Love, love, love colouring a Soup, do you too ? 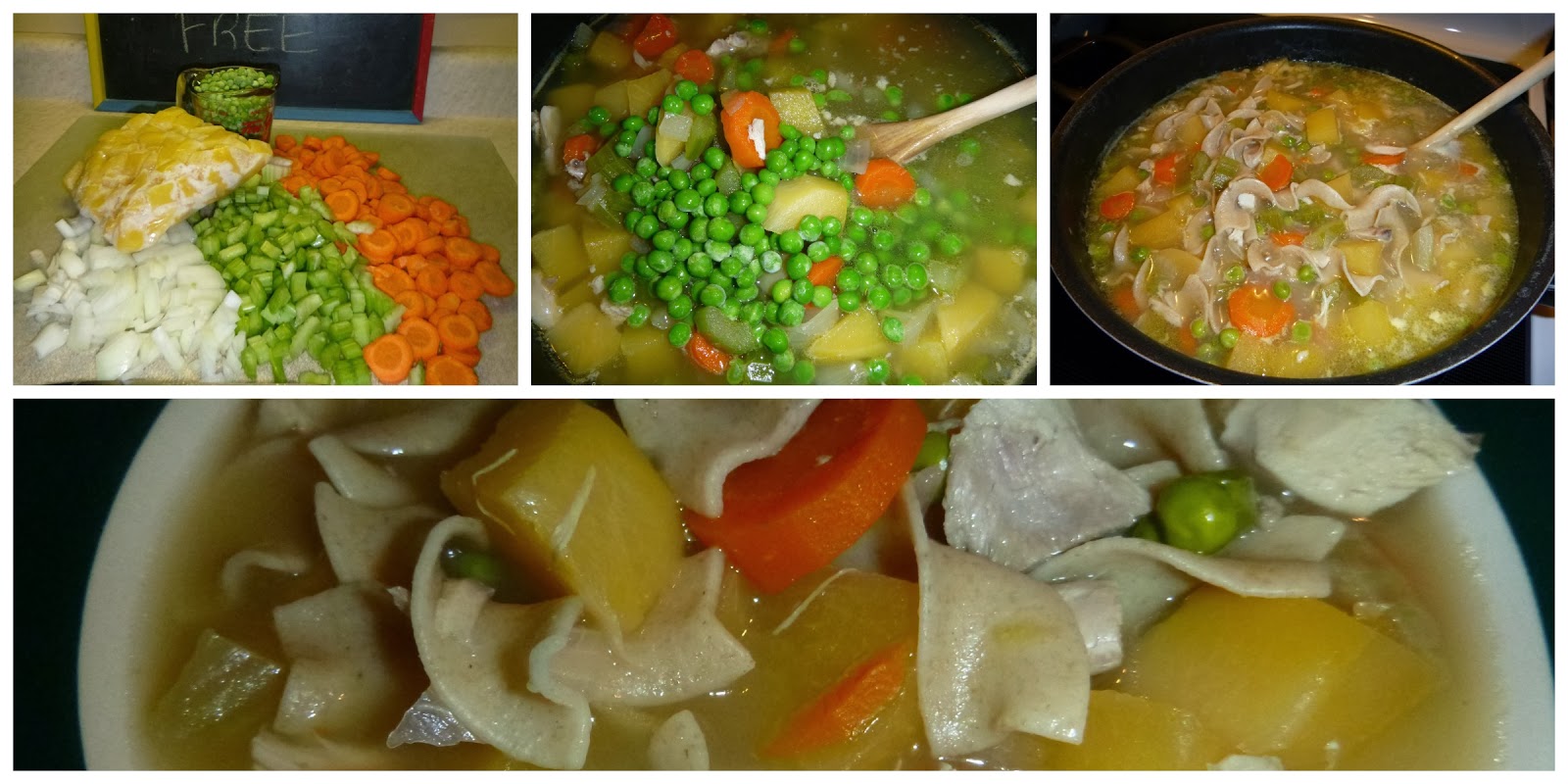