I think helping to shovel the snow off our deck yesterday had a wee bit of a positive effect for me that I was in bed and sleeping by 10 pm, right right thru almost until 5 am this morning.  The negative effect was my body was extremely unhappy that I shovelled.  Oh well these things need to be done, and who else is there but us to do it.

There are days like these when I wish I had our home we built back in Waterloo.  It suited most of our needs just to a "t" with everything on one floor and a huge deck off the Sun Room that was covered and overlooking the Grand River.  Don't get me wrong, I love living back in Bruce County, just have never cared much for the house we bought, but at the time there had not been much to choose from, especially when we had 11 horses at that time.  Things do happen for a reason, and I am just treating this like other past experiences in our lives, as another "stepping stone".

This morning did not hold much promise of it clearing when I was out at 7 am with the Aussies.

The snow had piled again at the basement door facing West, the vehicles were buried more then they had been the night before, and there had been no letting up at this point of the snowing coming down in huge heavy flakes. 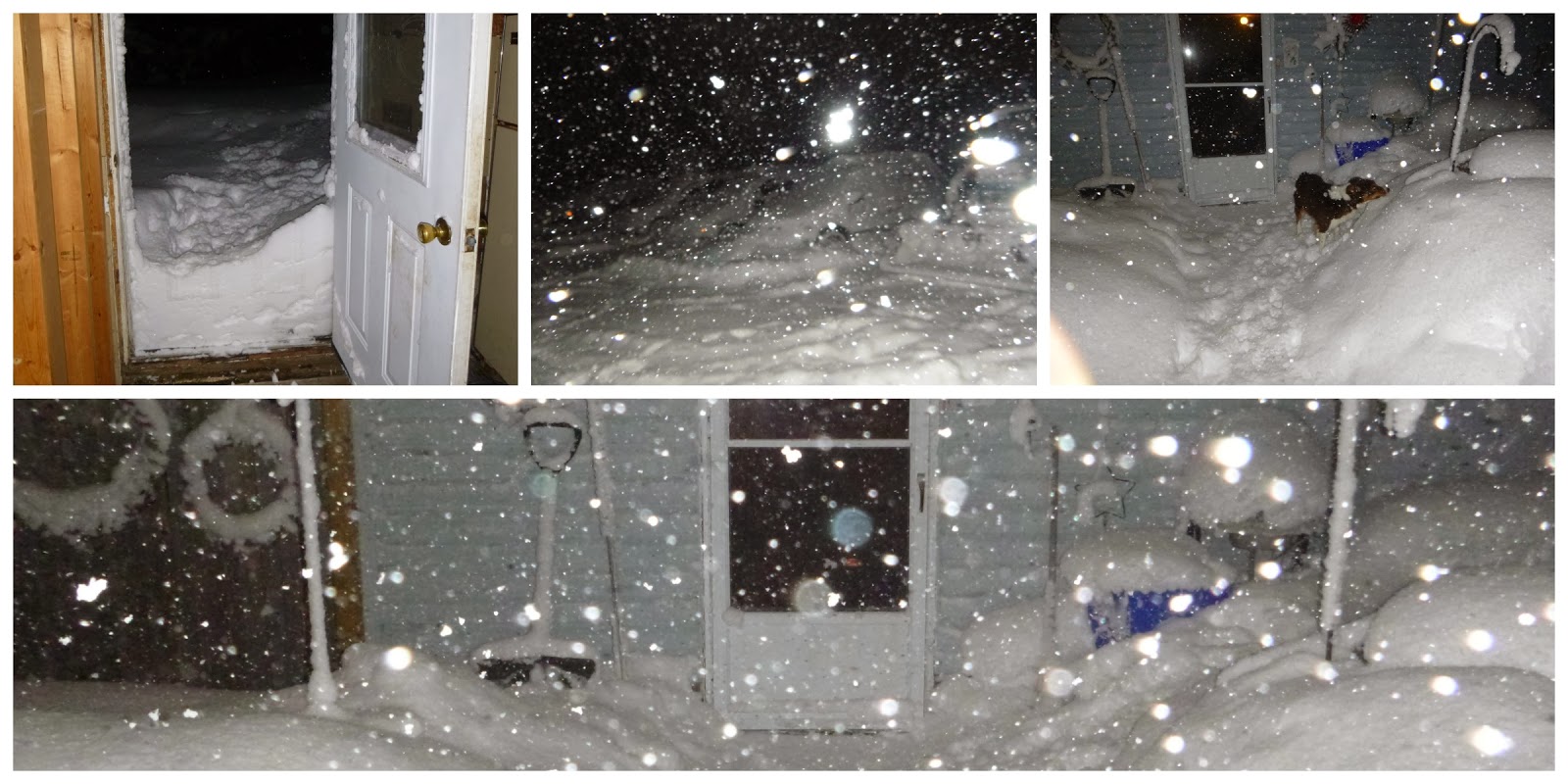 Since Rob did not have to go out today, I left him to the rare luxury of sleeping in until after 8 this morning.  That seldom ever happens for him but for the odd Sunday morning, but never anytime else.

By the time Rob had gotten up and going, I was heading out to shovel off the deck again, as there was more then another foot of snow which had accumulated.  I did some, then he took over from me.  It has to come off as there is suppose to be a high of 8 with 90% rain this Saturday, and all that snow would be way too heavy.

After a cup of Tea I got going on the Crabby Cabbie Book Work.  That almost didn't go forward ....

I was having a very difficult time concentrating with all the background noise going on from a certain someone and their TV and Radio turned on all at the same time. 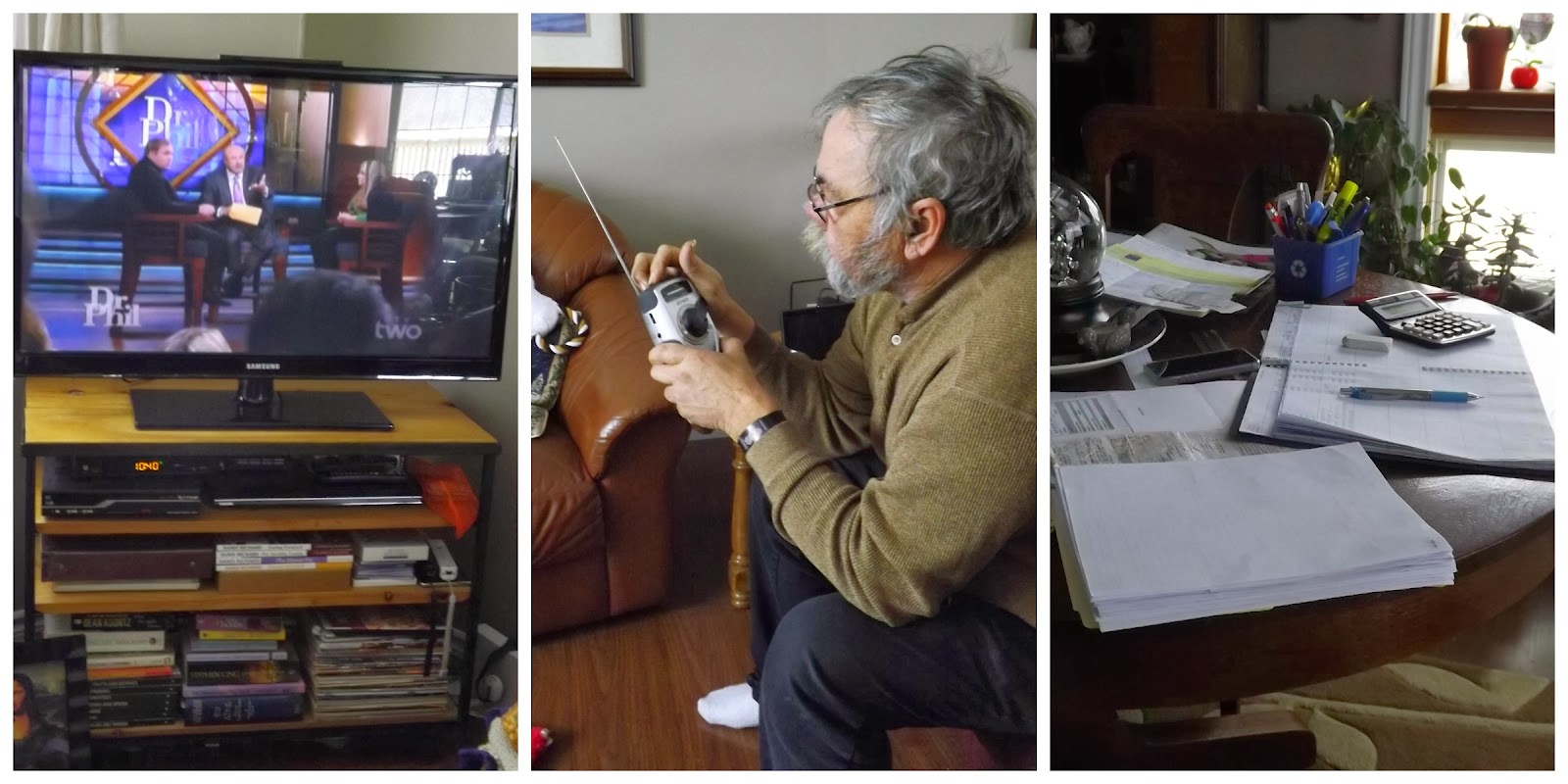 It was all good, as my neighbour called to say her pipes froze again, and could we bring her some water for the kettle and toilet.


Rob had a Mission. My Day was saved !!!!  as he headed on down the road in his tractor to deliver water. 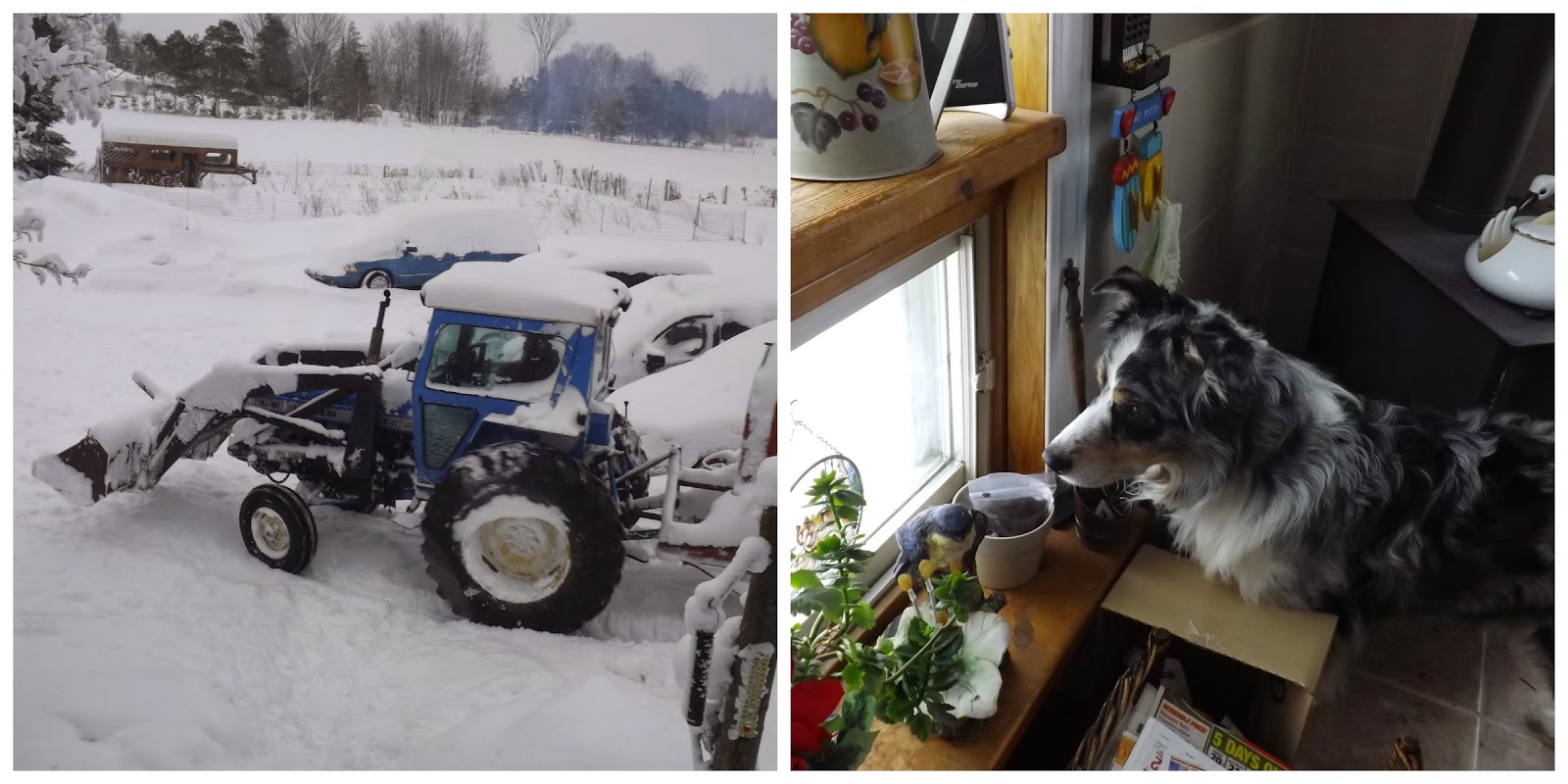 Rob's mission did not last long before he had been back home.  It being Day Two of being storm stayed with the roads still not open things were getting a wee bit anxious for Rob to get out and get going.  I am certain he had asked me every half hour if the roads had been opened.  Thank goodness he began a new mission with the clean up of our drive way and the vehicles


It took him the good better of the morning to get everything cleaned up. There had been a lot of snow to remove so it was a really big job. 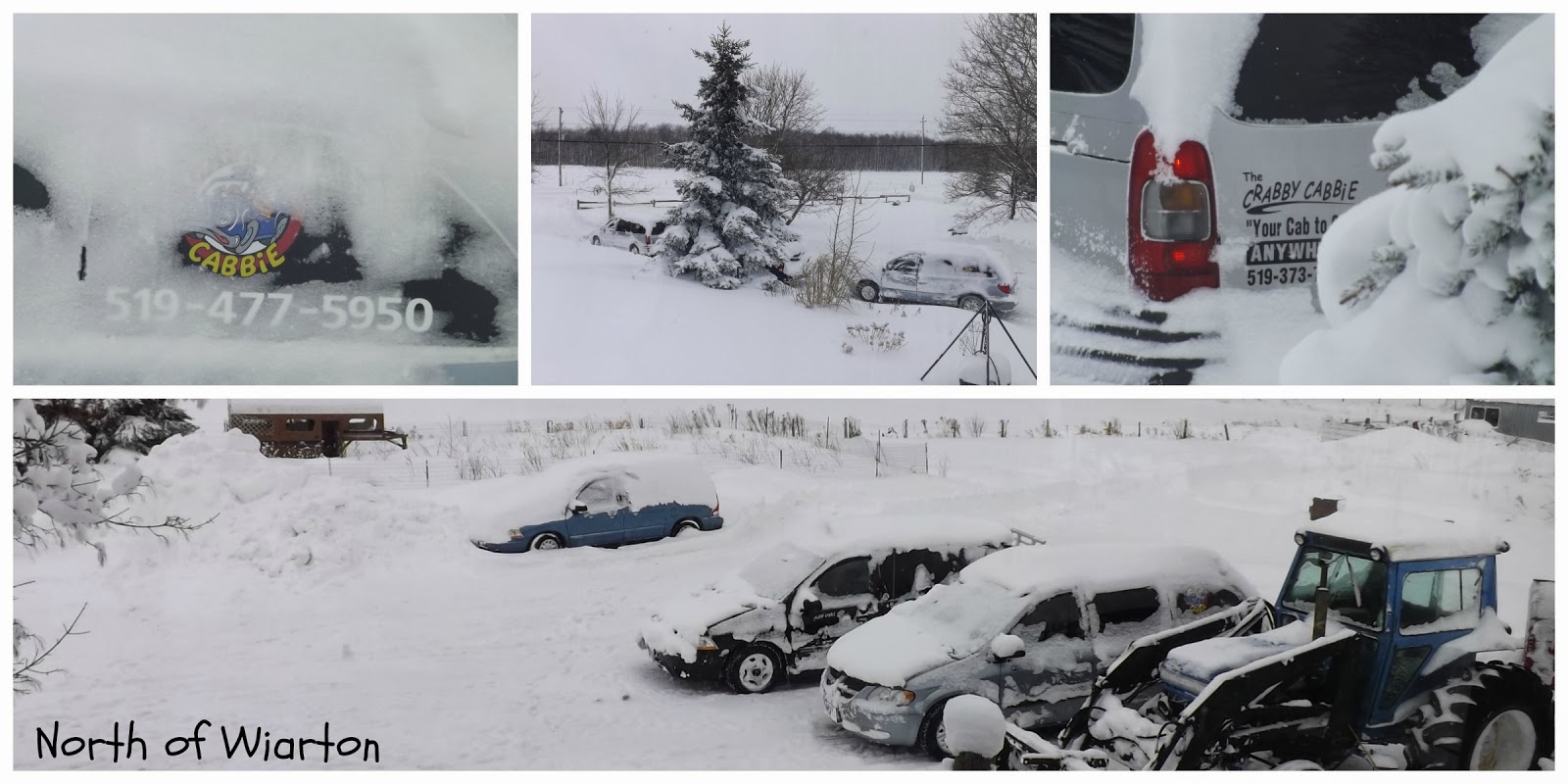 Finally at 1 pm, they had opened the roads, with the exception of a few in Bruce County.  Rob went on his way down the highway to pickup a customer to take them into Owen Sound.  I was relieved because that gave me the rest of the afternoon to myself, the Aussies, and to get two months onto the Ledger.  *Sigh* one more month to go, and that can wait until tomorrow.

I had came across some video footage on a friend's Facebook page of the Blizzard in my hometown of Southampton I thought I would like to share.  Credit for the Video goes out to a Larry Leonard.

Not only this had I came across, I had also came across some old photos of the late January storm of 1977.  How I remember this storm so well, as I had traveled up to Hepworth to my then in-laws where we got stuck on the end of the Alllenford Road and had to walk in at least a 1/4 mile up the road with drifts over 8 feet high.  I was not only partially frozen by the time we had gotten to the house, I had also been 7 months pregnant with my first Son.  Yes I do remember it well ....

Please do check out the photos by *clicking* HERE.

I am sitting here now with a sore throat, swollen glands and a stuffed up nose.  I am hoping whatever it is, is only allergy related and nothing more, as I can NOT be sick, as I do NOT have time for such nonsense one bit.