Didn't Get 'R Done This Day

My day began outside in the dark grey of the early morning.  Clear & Cold. 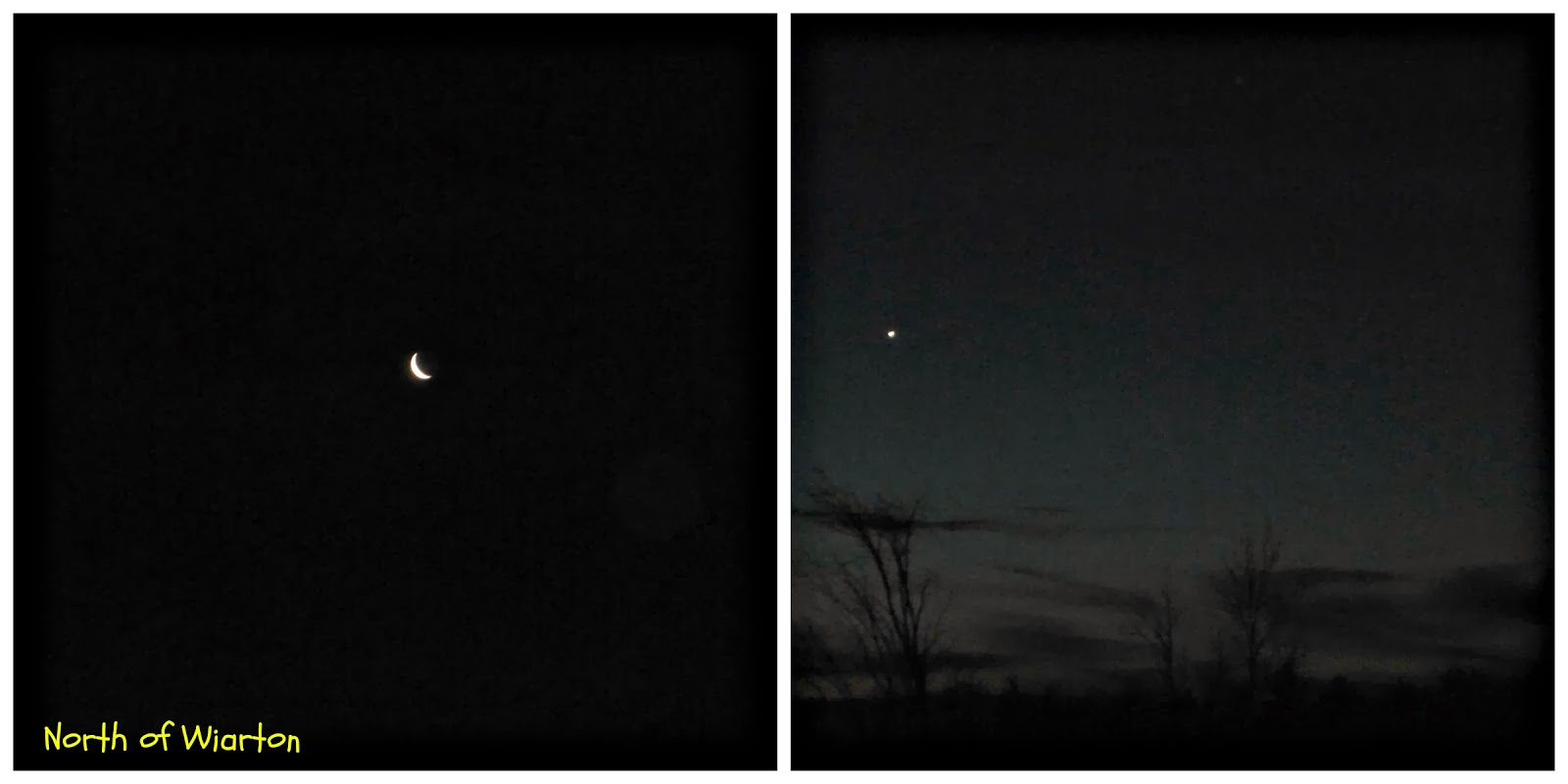 With all the Aussies out, back in and fed, I was ready for my morning hot cuppa tea.  While it was steeping I stoked up the wood stove then went to retrieve it from the kitchen counter to find ....

OMG what a way to go forward with a person's day !!!  What the heck was that fly thinking it was doing ????  does he not realize it was -16 *C outside & he had NO BUSINESS being inside on my cuppa tea???  that was just GROSS.  A new cuppa tea was the next order of the day for me.. 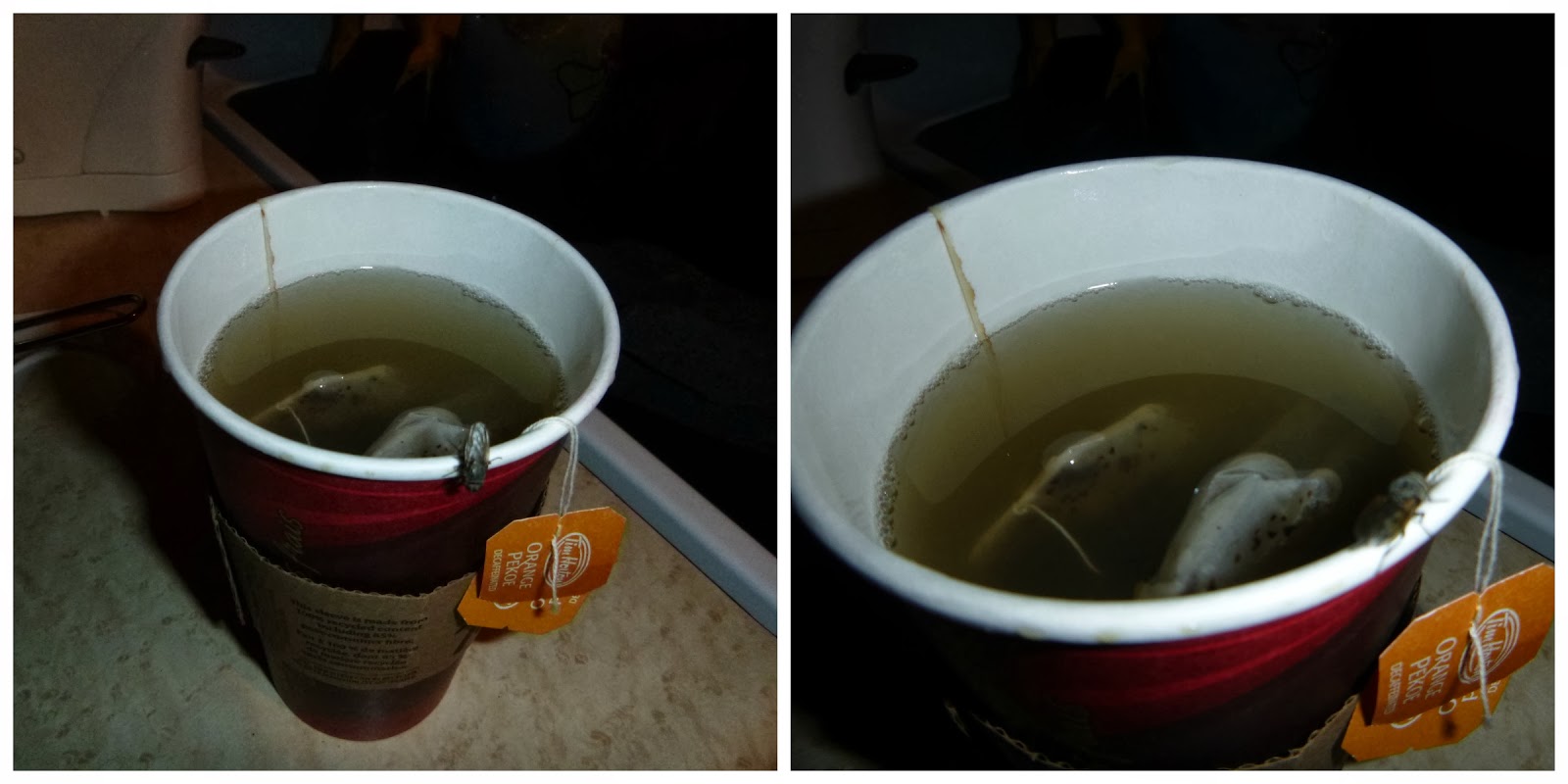 I didn't get a darn thing I wanted to get done today, including my bedroom walls washed.  Our driveway was filled in but for barely a single lane where Rob went out this morning, and I had wanted to get out first thing to head down to the Wiarton Chamber Office.  *Sigh* alas I had to wait for Rob to come back home late this morning to drive me in.

It was really good going into Town, once we got out of our lane way.  Not a problem getting into the Chamber Office to get the photos I had taken of the past two Wiarton Willie Events downloaded to the Chamber's computers.  It never happened since there was no SD reader on the computers.  I did upload one of the videos I had taken yesterday, which took quite a bit of time, however saved my Internet plan. 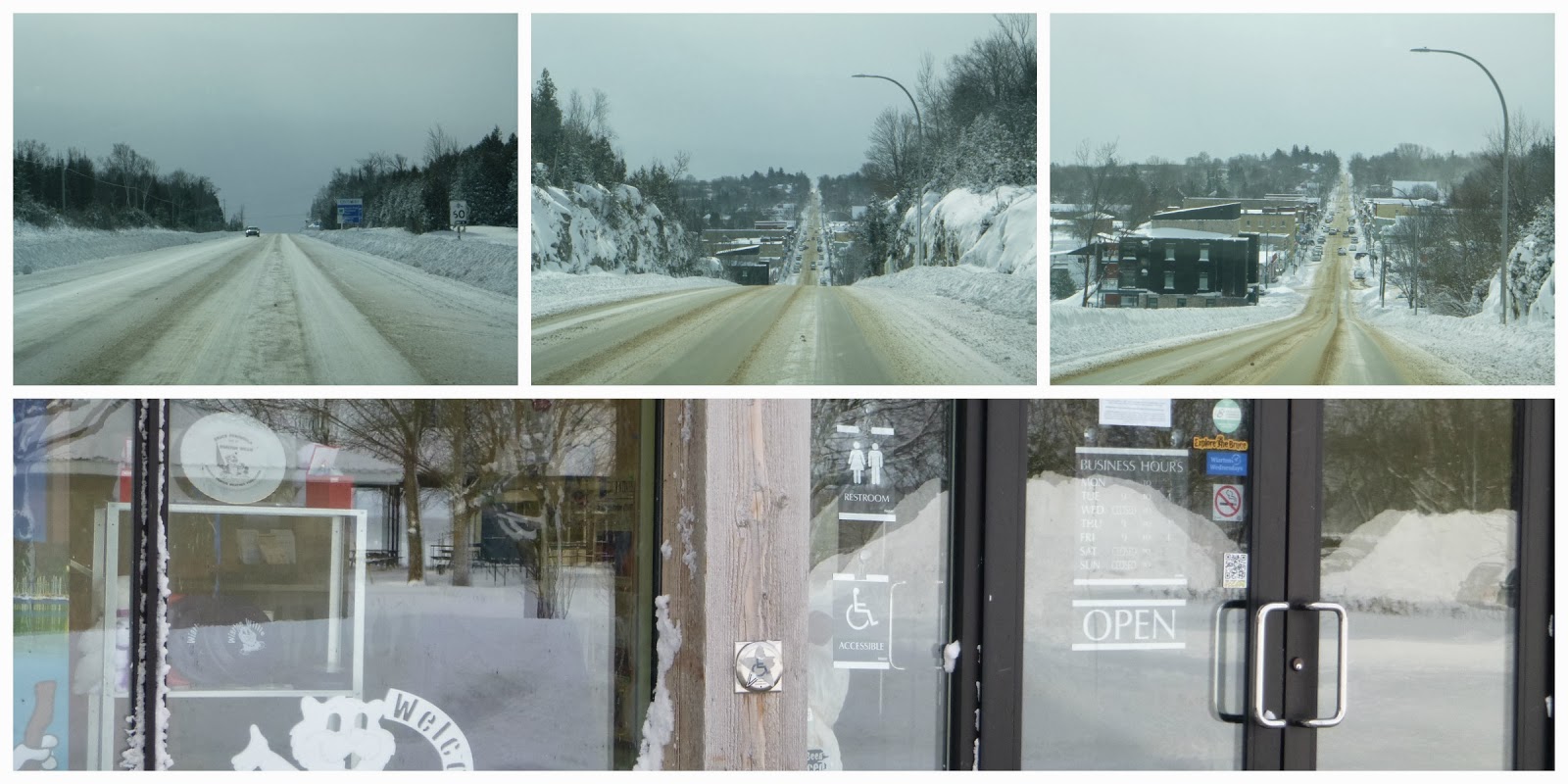 The entertainment yesterday had been wonderful at the Queen of The Festival Pageant.  This is one of about 5 videos I had taken of Dave Nixon & Brooklyn Hewton, both local to the Bruce Peninsula.

I can't wait until I get the other four videos uploaded to my account so I can share a couple more of our local talent.

The Chamber Office is located down in Wiarton's Bluewater Park.  The scene today had immediately today captured my attention.

The cold blustering over Colopy's Bay was beautiful, almost seeming surreal to me. 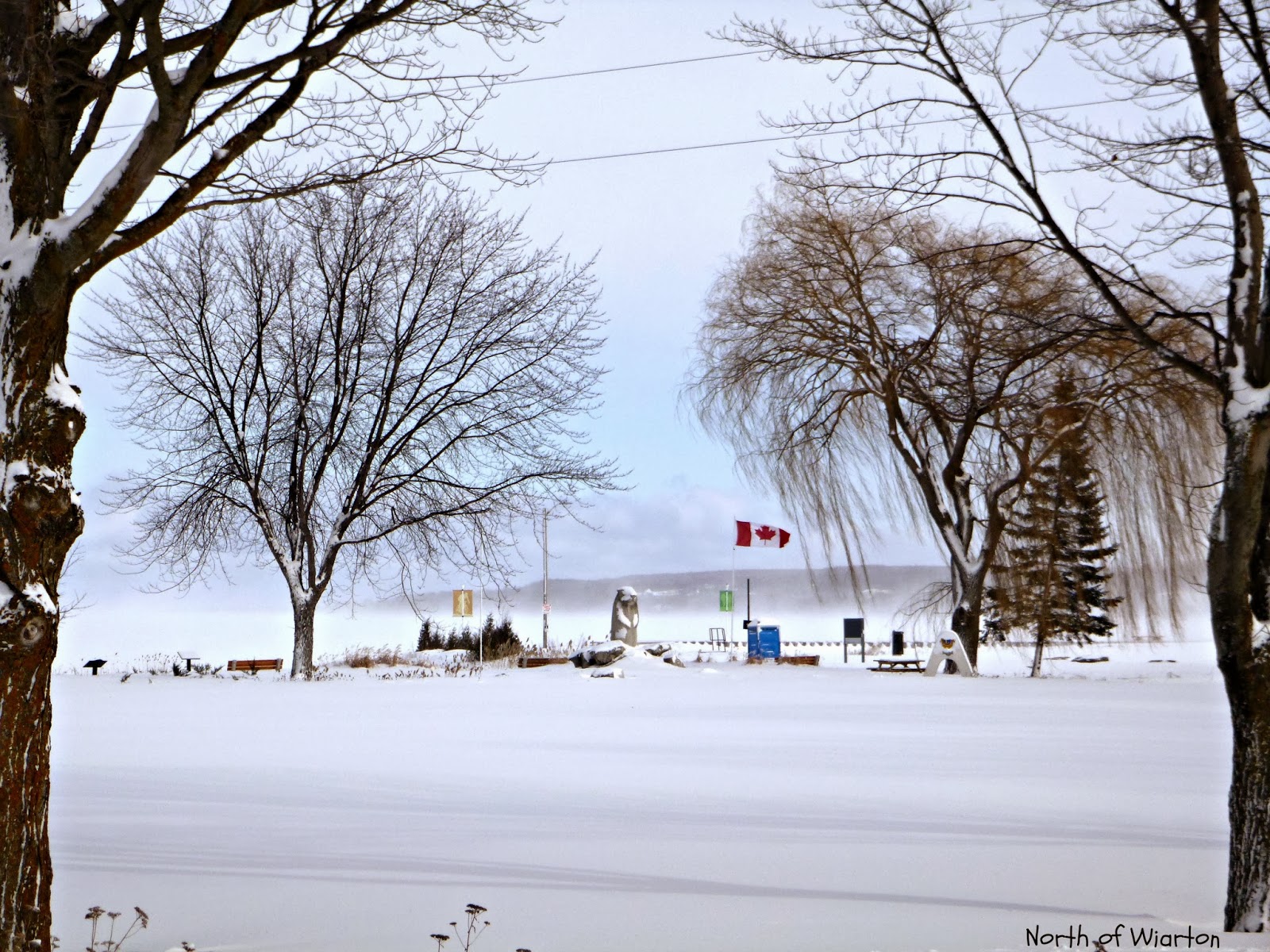 By the time we had headed home, early afternoon, the snow had came again quite steadily... it just does not want to let up.  The good thing about it is the possibility the Weather might be great for the Wiarton Willie Festival ahead on this upcoming weekend. 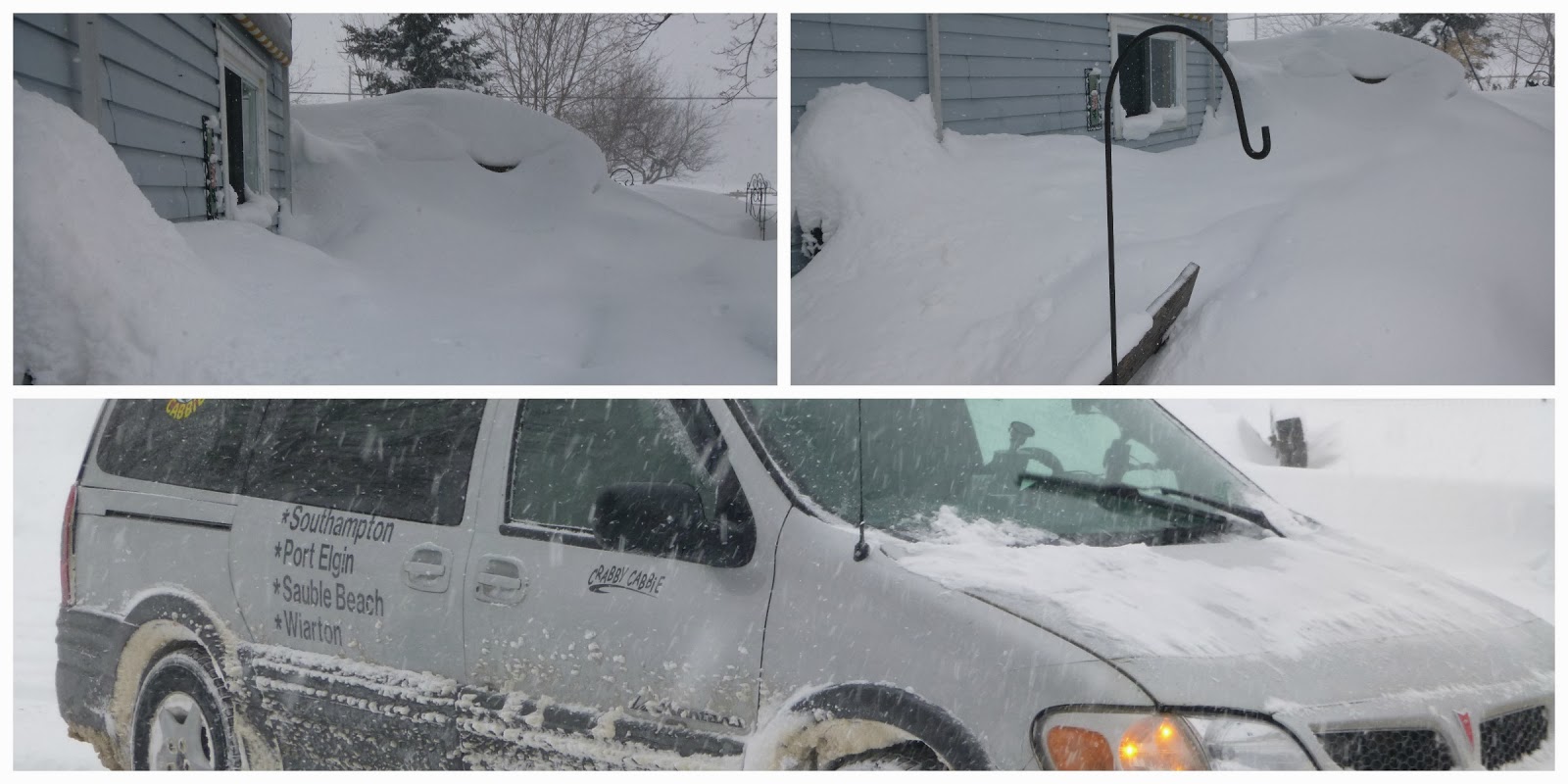 This afternoon I spend taking the Aussies out and in, and editing some photos.

Buddy I am certain was listening closely to possible mice or moles underneath the snow as he had been so intent, when he wasn't shooting off in another direction. 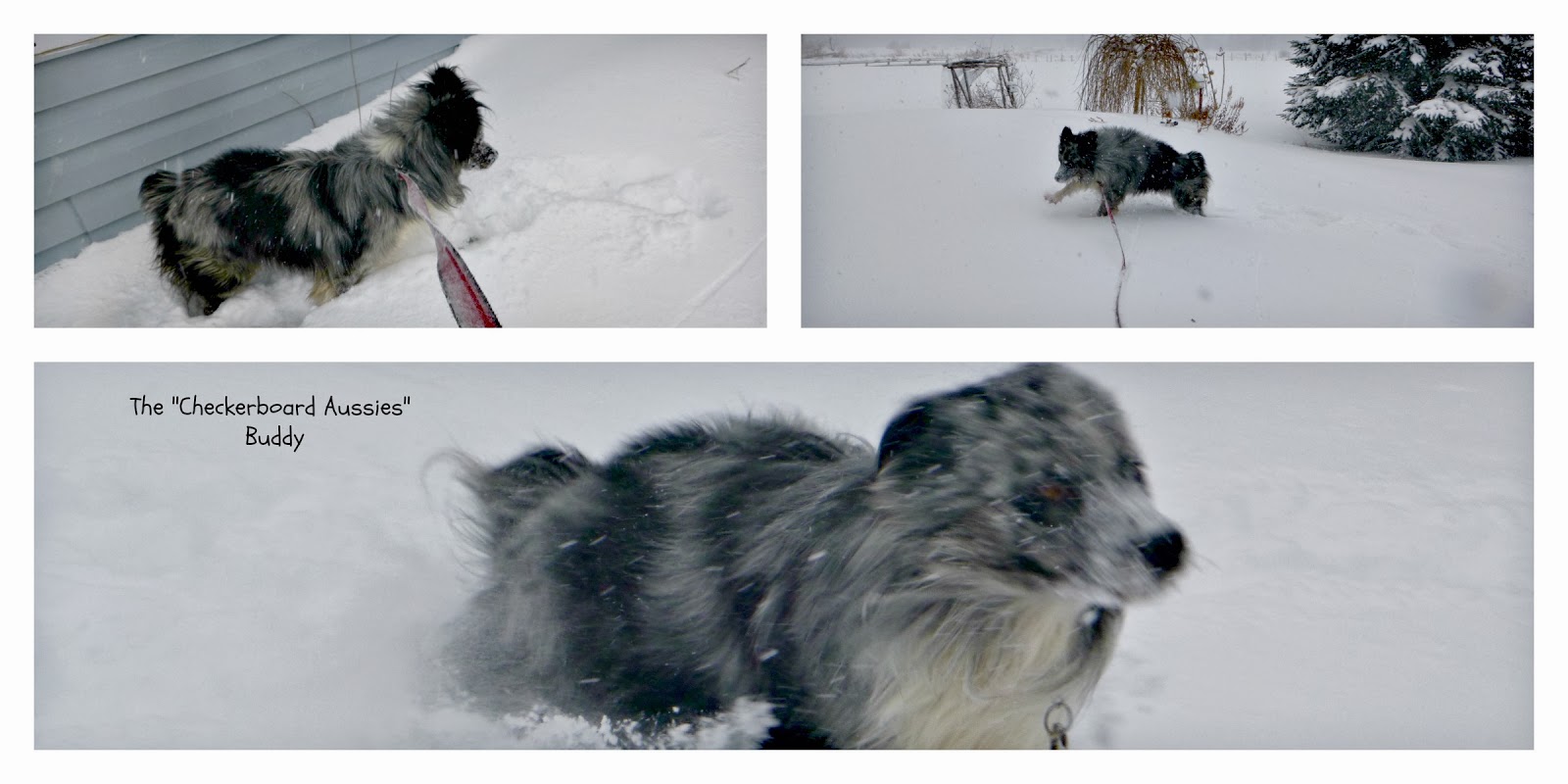 Rob is, you guessed it, out blowing our our lane way once again.  Dinner was very easy with leftover Homemade Chicken Vegetable Noodle Soup.

Unfortunately our Bedroom walls that I had planned on washing never got done, but then again tomorrow is another day.  Although I am happy to report I had bumped up my treadmill time by 5 more minutes today.  It is nice having a Facebook Support Group in at Dropping Weight Sensibly.  Drop in anytime should you care to.