Off To A Good Start !

What a day this day has been, with the end part very happily behind me .... it started out with me being quite amused, however my "other half" was not so inclined to be so ....

First thing when Rob gets up he heads over to his chair and switches the TV on.  Oops this morning there was sound but no picture.  It took a lot of switching "on & off", a trip outside to check the Satellite Dish, then finally a pull out and plug it back in before ... much to Rob's relief there was not only sound, but a picture !!! 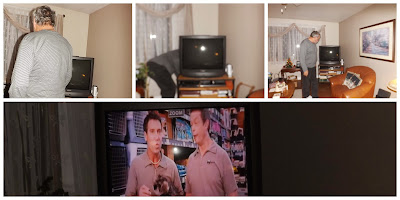 Just a few minutes ago Rob said to me, "you weren't upset at all the TV never came on this morning, were you?"  Honestly I can not find one reason why that would have upset me at all.  *Smile*

I made my friend's day today by dropping her off a piece of Homemade Honey Walnut Pie.  Did I ever get a BIG Thank YOU email later on this morning.  Isn't it nice when you are able to make someone's day better?

I had a "break out" and "break away" by a certain little girl before I got going on the baking I had planned to get started this day ...

I heard this pattering on the floors thinking Bandit must be having himself quite the "burst of energy" to look down the hall to see this little girl racing towards me.  Then I got a couple of the "looks" while I had been addressing the situation.  We had ourselves some fun before Mercedes had more of a romp outside before going back to her place.  Really she is a little doll, as anyone could tell by that sweet face of hers. 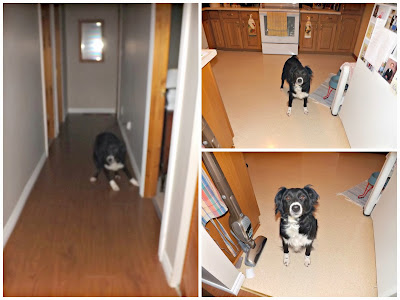 I had popped into the Salvation Army Thrift Store yesterday, and had been thrilled with my wooden Santa purchase; isn't he fantastic? and even more thrilled today to get some more lovely Christmas Cards in the mail. 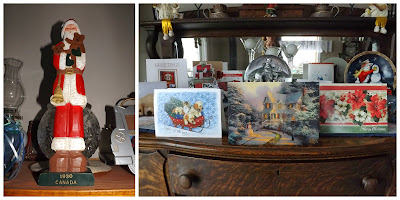 I had been telling my friend, Koreen, what a problem I was having with the smell of stale cigarette smoke in the 2007 Montana Van we had purchased a couple of months ago.  She had mentioned about something they had been told to use, that worked, to remove the smoke smell from their home when they had a fire.


A slice of white bread soaked in vinegar.  Koreen said it has to be white bread (I never asked why, but followed her strict orders by going to purchase a loaf of white bread just for this purpose, since we are brown bread people).   These two containers have been placed in our Van.  I will be patiently anticipating for them to now do the "magic" of removing the nasty smoke smell.  Check out the HOW TO link HERE. 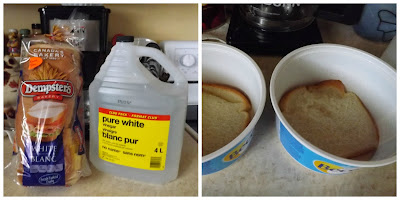 By the time I got going on what was my game plan this day, it had been 1 pm !!!  No stress I am used to any plans I make being tweaked by something or another.

First on my list was these "Mom's Melt-In-Your-Mouth" Sugar Cookies I found over at one of my favourite blogs from Jo-Anna's, Pretty Life in the Suburbs.  Thanks Jo-Anna, they definitely are all you said they were. 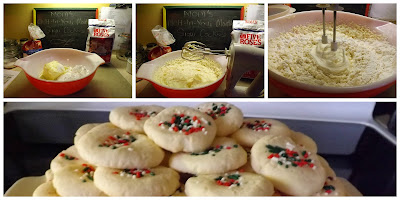 The other cookie I wanted to get baked today was one I had tried last year which I really had enjoyed.


These are "Chocolate & Maraschino" Shortbread Cookies from Kevin over at Closet Cooking. 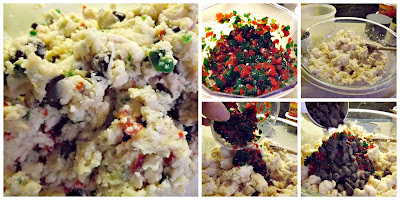 While the cookies were firming up in the fridge, prior to being sliced and baked, I had quite the mess to clean up.  Oh man there are days it looks like a baking bomb had gone off in my kitchen.  I am pleased to report it is all tidied up now. 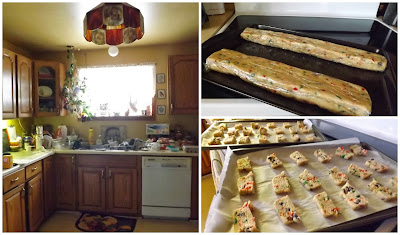 Rob and I had to head out this afternoon not returning home until well after 7 pm.


The top three photos were from my drive up the North Hill in Wiarton, further North on Hwy. 6, then the bend just before I was home this morning.  The bottom photo was my drive home after dropping Rob off to retrieve his vehicle from our mechanics. 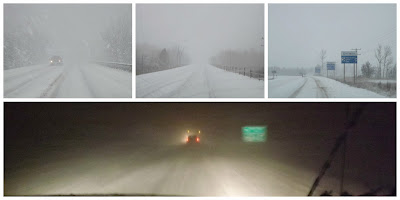 Since the accident, coming up three years ago March 8, 2014, I still have not managed to overcome my fear of Winter driving.  I found myself having an anxiety attack driving home in this messy weather this evening, with my legs rubber and unsteady and my chest ready to explode by the time I did arrive home.  I hope there is not a day that comes preventing me to go out at all despite my anxiety over Winter driving.

Really truly it has been a long day since 3 am this morning when I first awoke, finally getting up at 5 am.  I am going to call it a night with great plans of doing more baking tomorrow since I had gotten off to a good start with it today, "Just North of Wiarton & South of the Checkerboard".
Posted by Cindy@NorthofWiarton at 12/11/2013 09:27:00 pm