I was up and at it way after 5 am this morning.  I am pretty certain it was at least 5:38 am, as it was Saturday, and Saturdays the hydro is cheaper and there had been laundry needing done.  Saturday or Sunday = Cheaper Hydro Rates = Laundry Days.
But I did more then just laundry today .... there is always housework, is there not?  NEVER ENDING HOUSEWORK !!!

There had also been a little fiddling with this and fiddling with that, then I decided which two bears out of five to give my Mom for Christmas.  The two I chose were more Christmas like then the others, so there were the ones chosen. 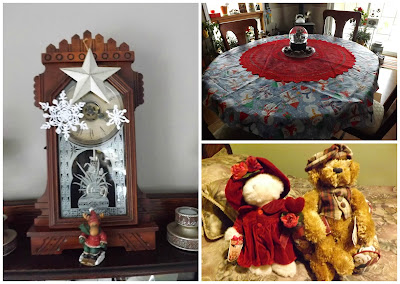 Then I was saved from it all when the phone rang and I slipped away from my reality into a phone call from my friend, Sharon, who is Snowbirding it in Florida.  Thanks Sharon, I had needed the much enjoyed break chatting with you.

.... the two main men of the house had themselves a little shut eye (must have been a tough morning for them, or something), I headed "quietly" out of the house. 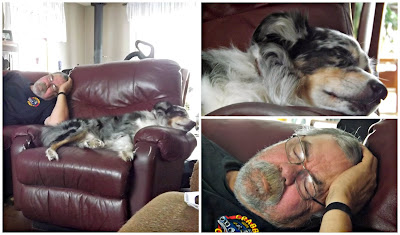 Today was the Wiarton Santa Claus Parade Day, and I had to get our Wiarton Crabby Cabbie vehicle all cleaned up down at the car wash.  When I had arrived back home, Rob had wondered where I had gotten to, since he never did hear me leave.

Despite how bitter cold it was this afternoon, Rob came out to help me put a few decorations on the Crabby Cabbie vehicle. 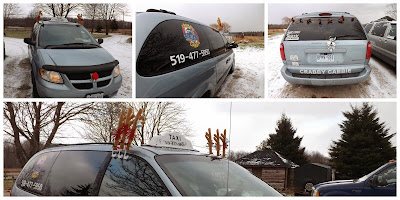 We were suppose to head on downtown to get ourselves into the lineup around 6 pm.

We did meet up with our Crabby Cabbie driver, Santa John, who brought along two elves for us, Elf Brooklyn, and her Grandma Elf, Lori.  We even ran into Wiarton Willie in our travels. 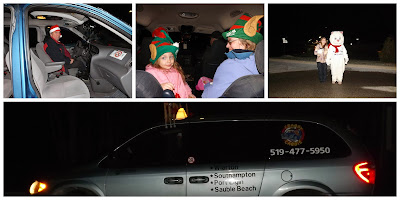 Right on as scheduled the parade began at 7 pm. 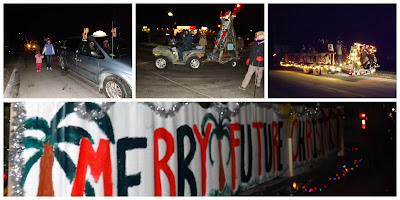 Lots of children bundled up, some having lots of fun, and then a few looking just a bit on the weird side (but fun weird, if you get what I mean).  There had been a great turn-out of people lined up each side of the streets downtown Wiarton. 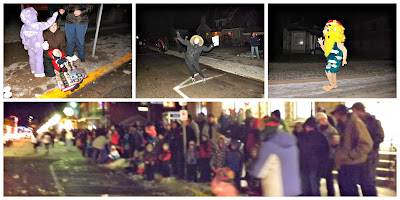 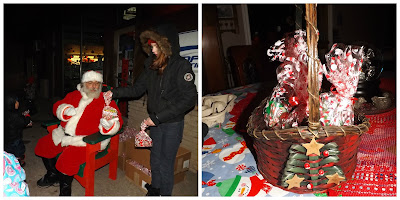 It had been a full day and a lovely evening.  Myself and the elves are already looking forward to next Year's Santa Claus Parade.