A Lovely Break In My Day

5:00 am came early when I woke, however it must have seemed very late to Rob when he arrived home at 3 am this morning.  I did get up and going by 6 am, and out the door right after 8:00.

Once I arrived back home after the run I did for my Crabby Cabbie, I got going on another attempt at some housework around here.  Pffttt .. that most certainly did not last long as I received a text from my Niece, Joanne, that her daughter, Erica, and new husband, Tamber, were up visiting and they were downtown Wiarton.  Lunch? of course how could I refuse Lunch at the Green Door Cafe.

Lunch? it was far from a disappointment, as if it ever would be.  Joanne had the Toasted Clubhouse Sandwich with a side of Caesar Salad, Erica had the Cabbage Rolls with the Caesar Salad, and I had the Ginger Chicken Salad with fruit and Poppyseed dressing.  Tamber had boring Fish & Chips.  Actually the girls who work at the Green Door were surprised I did not have the Loaded Chicken.  Time to change up things it was, and start watching my waistline a bit more, and I don't mean watch it grow any more !!! 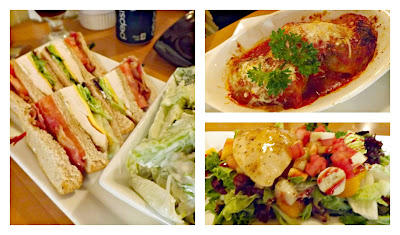 Next stop was the Rankin River Trading Company, where you can see Fall is in the Air. 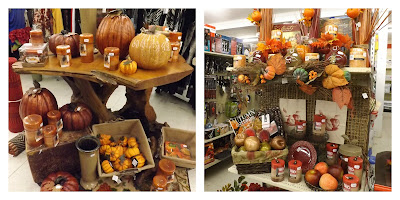 After we had stopped in at Lloyd's Smoke Shop & Pool Hall for Erica and Joanne to have a Homemade Ice Cream Cone, we sauntered up the street a bit further where we came across ....


... a whole bunch of cuteness.  Is she not absolutely adorable???  the Senior lady who owns her told us her name is "Randy", as they had thought she was a boy when they had first gotten her.  Whatever the name, she is a doll ! 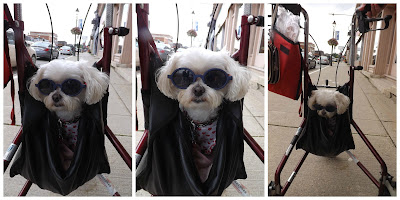 Next stop was the Ruins of the Corran at Spirit Rock.  Picture taking time with lots of fun poses. 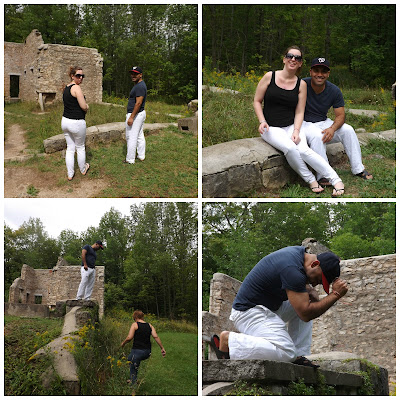 At the Lookout overlooking Colpoy's Bay, we went down the spiral stairs below the escarpment.  Down, down, down .... towards the edge of Colpoy's Bay. 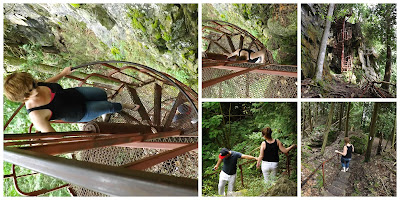 Truly I am surrounded by a wee piece of Heaven where Rob and I have chosen to make our home back here in Bruce County at the Gateway to the Bruce Peninsula, between Lake Huron & Georgian Bay. 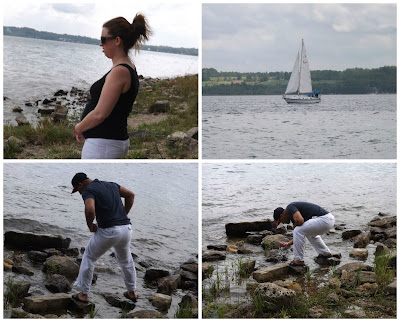 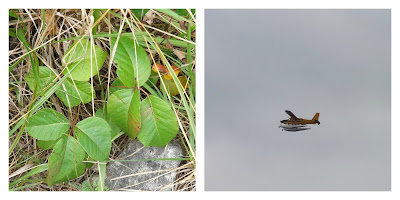 When I got back home did I get any more housework done? absolutely not !!!  Those spiral stairs wore me right out, and besides tomorrow is another day, "Just North of Wiarton & South of the Checkerboard".
Posted by Cindy@NorthofWiarton at 9/01/2013 07:24:00 pm