There & Back Home Again

Some mornings arrive earlier then we want them to arrive some days.  Mine arrived at 2:00 am.  Not sure if it was in anticipation of the Road Trip we were taking this day or not, but what I do know not is that I am very tired with a capital "T" at the moment, as is Rob.

It was not only very early, it was also very dark when we left our home North of Wiarton when we headed South down the highway. 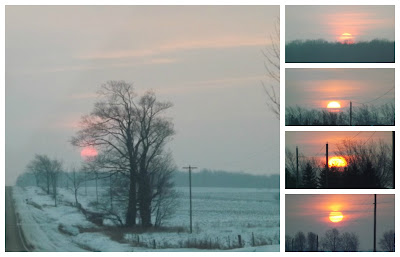 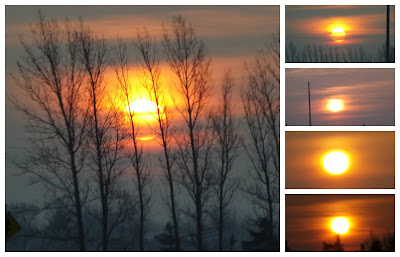 We had a couple of meetings this day down in the Kitchener-Waterloo area where I lived for 20+ years of my life.  Our Son, Paul, lives in New Hamburg now, Rob's old stomping grounds when he was young, as he was raised on his parent's farm just outside of New Dundee.

The countryside in Waterloo Region and areas are beautiful.

After our first meeting when we had first arrived in K-W, we then headed out to meet up with Paul.

"We met at the Old Country Restaurant in New Hamburg for breakfast.  Yep there are the two Men in my life, the "smokers" and yes that is shorts my boy Paul is wearing and yes that is snow on the ground.  Brrr ... that really gives a new meaning to "cool" I suppose." 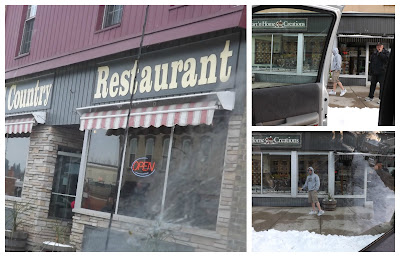 We had some time to put in before our early afternoon meeting.  I had been planning some time to go to the Costco Store as I had a list started for there months ago, since we seldom get down to the City.  We also had the girls with us, as we don't like leaving them so long behind at home.  Since the PetSmart is very close to the Costco store, and Missy Mercedes just happened to need a new collar we stopped there first.


"Lexus got to go in with us, as we had only brought one lead along.  She went up the whole raw hide bone aisle stopping at the end to pick out the "smallest" bone in the row." 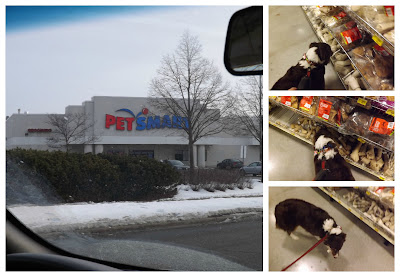 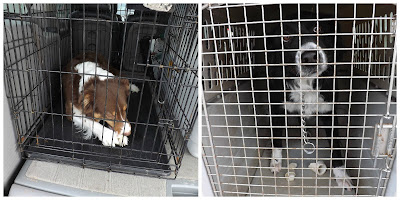 I was surprised to find out this PetSmart location will be closing at the end of this month after 16 years.  The girl had told me with the other locations in the area this one wasn't as busy as it had been, and with the Lease coming due they had decided it would be closing.  I was surprised with the Costco right there that it hadn't remained busy.


"Then it was follow the leader as we followed behind Paul over to the Costco store.  There sure is lots to look at in this big box store.  Check out the outside dog kennel ... nice, but again so was the price tag of close to $400.00.  Rows of cookbooks ... it is okay, I was strong and kept going !  Then there was that "kid" with shorts again !!! " 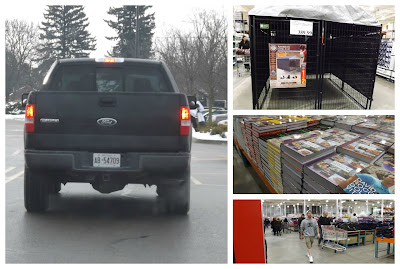 We had a really good day together the three of us.  I was happy my two men didn't gang up on me too much for a change ... *smile*, nor did I "bug" either of them too much on the same token.  Once our time with each other was done, we said our "goodbyes" to Paul and made our way back home bound towards the North.


"We first had to stop by where our home was in Woolwich Twp. on the Woolwich/Waterloo Twp. line.  Lots of memories driving down this hill and past the pond." 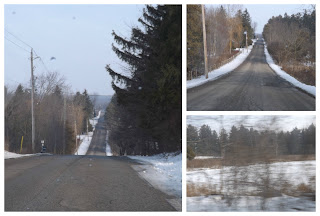 "This was the home we had built ourselves overlooking the Grand River.  Down the hill was our barn on the River flats of the Grand River.  I miss this home we built, but do not miss the City having grown so much that it was almost on top of us." 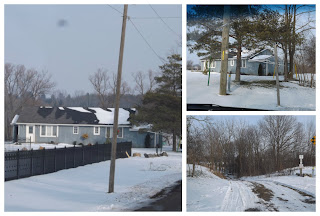 "The Mennonite School up the road from where we lived, our friend, Amsey's Dairy Farm, and the Sugar Shack where just beyond we used to ride our horse down by the Conestogo River back to where the Grand River both met." 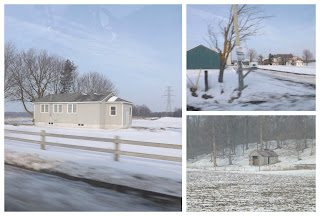 It was unfortunate we had been so busy this trip that we didn't have time to drop in for a visit with my Sister, nor Rob's Sister, as we were "there & back home again".  Another time it will have to be .... hopefully not too far off into the future.

I would like to welcome my newest followers here on my every day journey, and some time ramblings.  Welcome to Terri of Artful Affirmations, and to Wanda Ann of Memories by the Miles, I am so happy you have joined me here.

We left about 6:30 am, not arriving back home until around 5:30 pm.  Rob and I are both tired, thinking we both won't be far from our heads hitting our pillows tonight, "Just North of Wiarton & South of the Checkerboard".
Posted by Cindy@NorthofWiarton at 1/08/2013 07:34:00 pm