Winter Showing Up A Little "Late" This Year?

What is up with this weather ?  Four Season almost all rolled up in one week, or so it has seemed ...

I went North of the Checkerboard this morning for my weekly "shot in the arm", by the time I headed across to Lion's Head it was ..... 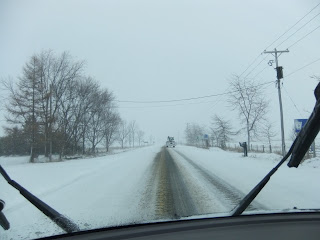 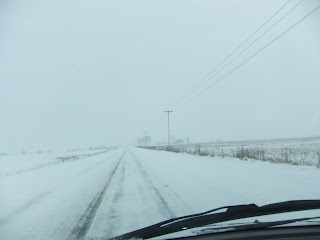 "Once it was time to head back home, it really wasn't too much better." 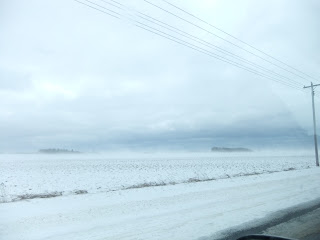 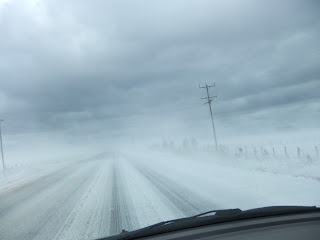 And to think when I left my house it was "clear as a bell", with me admiring how pretty everything looked. 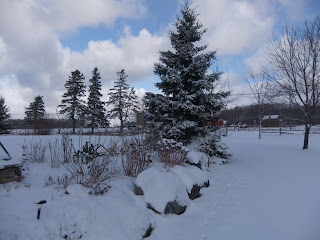 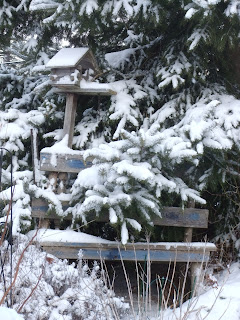 Regardless of the weather I did make it home safe and sound, and more then pleased with the ease Dr. Loney was able to take blood from my poor veins, which actually cooperated rather nicely this day, and with hardly a thought either when the allergy needle also made entry into my arm.  Good job, Doc !!!  Kudos to you !

Yesterday Rob had made the delivery of the second item I had sold the other day on a local Swap & Sell Facebook page, along with collecting the "loot" for me .... 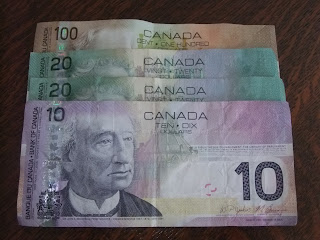 Since today was the day I had planned on getting our Riptail Snorter #1, Aiden, and with the weather not cooperating, leaving me to resort making plans for this to happen another day, I had to stay home and whip up some kind of lunch for Rob and I.


"Indeed I did "whip" us up some Dinner in the form of a Red Pepper, Onion & White Cheddar Cheese Omelette with sliced tomato and toast on the side.  Eggs are such a versatile food, especially when one is either a) in a pinch, or b) in a hurry.  Oh yes, there is the Slow Cooker Bean Soup I had made earlier this week being heated up for the "Crabby Cabbie's" take along to work lunch." 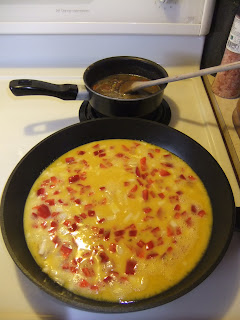 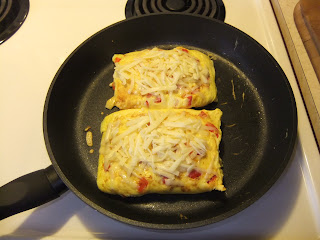 "Look there, my Kitchen Kat, IKE (I Know Everything), is all ready anticipating the arrival of St. Paddy's Day, with ICE (I C Everything) right at his side.  LOL." 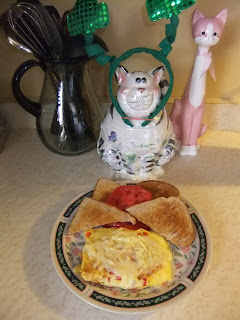 Once lunch was all done with, it was time to sit for a "spell" with a cup of coffee before Rob had to put on his "Crabby Cabbie" cap and take off into the "snowy wind set" !


"Here is little Missy Mercedes trying to "mess around" with the big guy, only to be put into a head lock and not going anywhere .... " 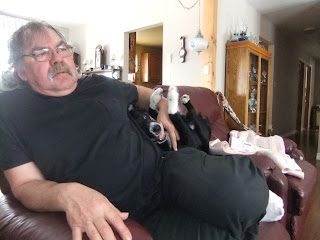 "Once my "Crabby Cabbie" had made his exit, I decided to get the very last little bit of the dreaded "Goosey" wallpaper border peeled off the spare room's walls, as well as total of 2 1/2 walls all washed down.  All but for the holes and nicks to be repaired, it is all ready to be painted.  *Phew* part of my March Challenge finally completed !" 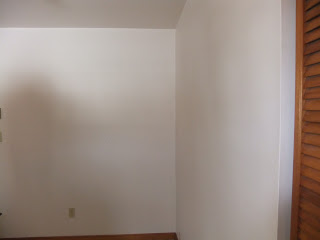 "This is the colour Rob picked out that we will be painting this room.  A little difficult to make out the swatch in this picture, but is is a bit like a soft "olive" antique kind of green, should this description make sense to anyone other then myself?" 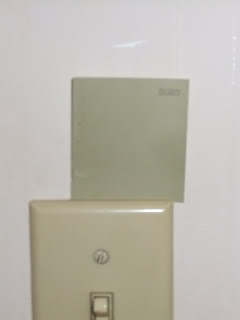 Once the "Crabby Cabby" had gotten down yonder to Southampton, I got to talk to him after.  He did say the roads were bare and dry, however just before I had talked to him the winds had picked up here again just after 4:00 pm when I had taken these photos: 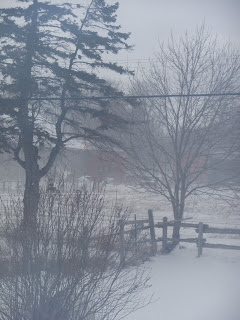 "I am so terribly disappointed I didn't go pickup our Aiden boy today, however one never knows how it would have been further down the line, and then back home again.  Maybe best I have left it for another day ..... *sigh*." 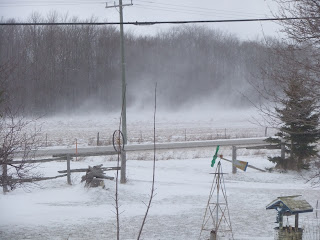 Two hours later after I had taken the above two pictures, I had just spoke to my "Crabby Cabbie" again, with him telling me Hwy 86 was closed .... this was the direction I was heading towards and they were coming from.  I am now content that I had made the right decision to leave it for another day ....

When I was returning from my Doctor's I had some of my usual Fibromyalgia pains shooting from the pain in my elbows, down into my forearms, throughout my wrists and fingers.  I might have been overdoing myself, once again, even though I had taken a 3 day break in-between it all.  Just this afternoon, I came by some sound advice in way of an article posted by "Everyday Health":

Fibromyalgia: 9 Ways to Take Back Your Time

Feeling overwhelmed by all you need to get done in a day? When fibromyalgia has you fatigued, these tricks will help you handle the must-dos on your list.

A very helpful and interesting article I thought it to be.  Should anyone be interested, this same article may be found at the following weblink:
http://www.everydayhealth.com/fibromyalgia-pictures/fibromyalgia/ways-to-take-back-your-time.aspx?xid=fb_EH_20120309_fibromyalgia#/slide-10
I think what I have to learn is to start taking some of this advice from time to time, although I am much better as I did take those three days in-between anymore work being done on the spare bedroom.  Credit has to be given where credit is due, you know?  LOL  Consider myself credited !
... it's rolling around the bend, and I ain't seen the Sunshine since I don't know when !

1959 ?  I must say, I do believe that had to be one of the best Years going, especially if Johnny Cash was singing this "hit" song, and I made my own "hit" by entering into this World at that time.  These facts would make perfect sense to anyone other then myself, would they not?  LOL

Before I call it a "wrap" today, I must say how tickled I am with the number of new members there has been joining "Cindy's Recipe Exchange" on Facebook these past five (5) days.  Seventeen (17) new members bringing the Recipe Exchange membership up to 182 !!!  How exciting is that ???  I am pretty excited, "let me tell the World" !

Anyone is more then "Welcome" to join me here anytime by "Joining As A Follower", or hooking up with us on Facebook over at "Cindy's Recipe Exchange".  I so love the sharing and interaction.  Thank you for all and any support, as it is truly appreciated.

I think around Sunday it will be time to record any movement on our Goals made by the five of us who signed on for the Eatright March Challenge.  I had best better doubling up on on better behavior next week, as I am thinking I won't be measuring up too well this one .... dang, dang and triple dang it all to pieces anyway.  It will come !  I must keep the "I am going to do it" faith .... lol.

Now I am going to "wrap" it up, and take the "pack" out into a very cold and windy night by the sounds of it beyond my window panes, "Just North of Wiarton & South of the Checkerboard".
Posted by Cindy@NorthofWiarton at 3/09/2012 07:09:00 pm