Perfect Weather For A Perfect "Birthday"

Before I even begin with the "wonderful" day I have had, I would first like to say, the "Birthday Wishes" I have received today were overwhelming and so very much appreciated from each and every person, family and friends, close, personal, Pen Pal, Facebook, Recipe Exchange and otherwise.


The day has been perfect with weather to match. Couldn't have asked for a better Birthday. Once again, thank you to everyone and I hope the day was as equally "awesome" for each and every one of you !

"The morning began with the old thermometer climbing up the pole higher and higher.  I am almost certain it reached the 80*F mark today, if not beyond." 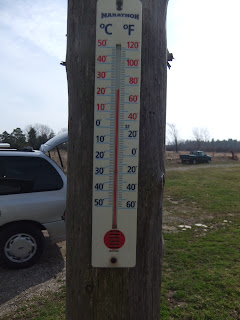 My very first "Happy Birthday" received in person from a very tired Rob at 5:00 am..  My poor dear Crabby Cabbie didn't get home until the wee hours of 5:00 am, and  to sleep until at least 6:00 am.  Poor guy.  We let him sleep until he got up just before 11:00 am, as I really am sure it was the phone that had woke him up eventually with its ringing on and off this morning. 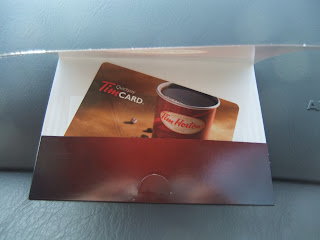 "The Road Trip began, heading off to Timmies for a coffee first off, along with an obviously very tired Mercedes who was "flaked" out right from the "get go"." 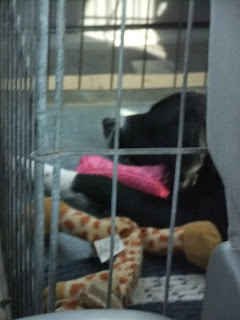 We were meeting up with Aiden's parents, our son, Paul, and his better half, Holly, at the half way mark to drop the goods Aiden off to them, who we had for the past week with us .... and what a great week it was !
"The halfway mark, the Redwood Restaurant in Clifford, who in my opinion has the best Liver & Onions going !" 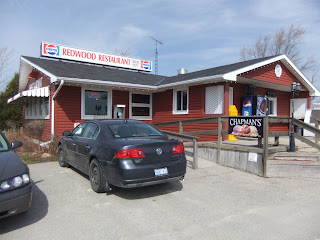 "Holly's Dad & Step-Mom were meeting up with us to lunch also, so while waiting Aiden and Connor had some "fun" together at the Restaurant's playground." 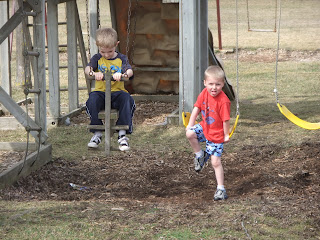 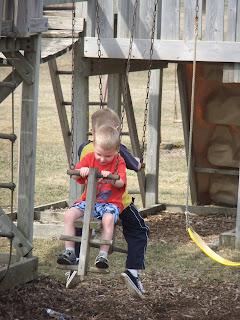 "I had been looking forward to this lunch all week.  One of my favorite meals to eat, Liver & Onions !  Oh man it was good, and good portions they also give !" 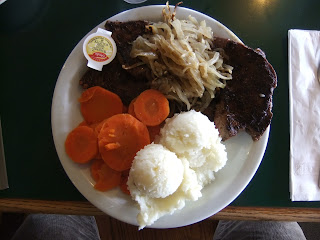 "Aiden was quite intent on waiting for me to share the Birthday Sundae Holly had ordered for me, can you tell?" 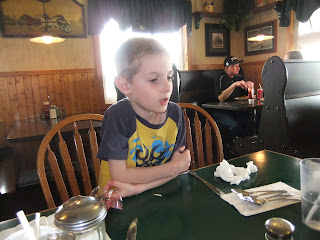 "The Sundae was so huge, there was plenty for Aiden, Connor and myself." 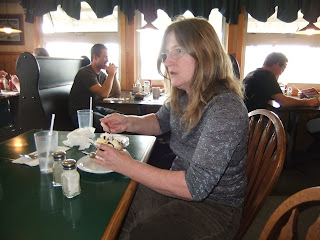 "Full from lunch, it was time for us to have a couple "group" shots before we all went our separate ways.  Myself, Holly and Paul." 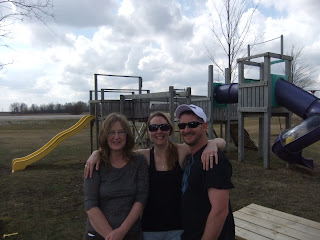 "The gang all together with Paul, Aiden, Holly & Connor." 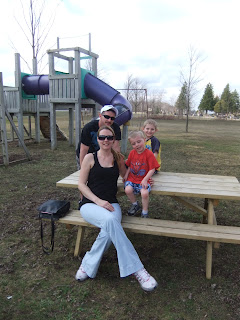 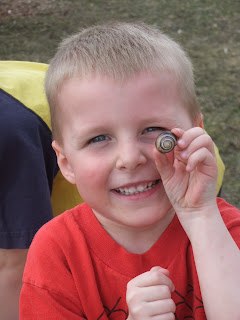 "I was told if I won "Big", I would of course have to share the winnings." 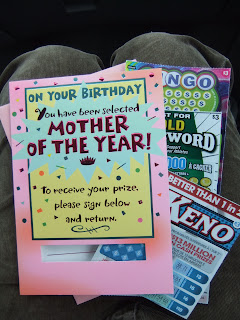 "On our way back home we stopped at a Timmies, and I actually "finally" won a free coffee ! Oh man, it took long enough for this to happen for me, but alas it has.  It being my birthday & all could it not have been the car?  LOL." 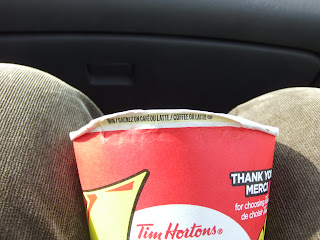 "Rob decided to take the big "block" around back home.  We stopped over in Southampton and were able to see my horse, Lacey, at her new retirement home.  She is the back one "peeking" out behind the larger horse ... lol." 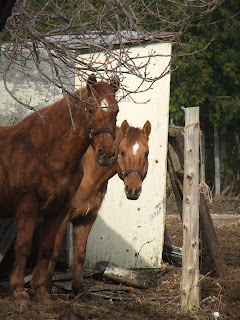 I do so miss our horses many times on any given day when I look out into our fields.  With Rob's new hours as the "Crabby Cabby", it just would have been too much for either of us to keep up in the Winter months with getting the hay out to them, and such.  They all have a wonderful home where they have been placed, with the condition they will never be sold, and we are able to go see them anytime we please ... it doesn't get much better for all concerned then that !
I was fortunate enough to be able to obtain a very amusing picture of my dear son, Paul, along with Holly enjoying some St. Paddy's Day festivities last evening ....
"They make such a "regal" St. Paddy's Day couple, do they not?  Nice picture Paul & Holly, love you both !  LOL " 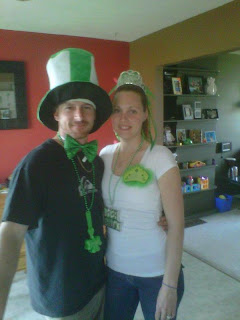 Needless to say, I have had a full day, and Rob is totally exhausted, poor guy.  Before I wrap up my time here, I would love to share a song from what I think is my very favorite all time album ....

Hopefully not just a another Year older, but another Year wiser, as the saying goes, as I head off into the Sunset on the Eve of yet another Birthday, "Just North of Wiarton & South of the Checkerboard".
Posted by Cindy@NorthofWiarton at 3/18/2012 07:37:00 pm