A Lazy Sunday With A Little Bit Of Cooking & Hockey

My father, Fritz's most favorite Country Artist was Johnny Cash, with me loving both Johnny and Kris Kristofferson.  I grew up listening to Johnny Cash, Tammy Wynette, Pasty Cline, Merle Haggard, just to name a couple.

I don't have too much of a problem singing along with any of Johnny Cash's songs, as I heard them enough over and over again on the little record player we had way back when ..... memories of my father, still brings me to tears, as I listen to "Sunday Morning Coming Down".

A tribute to Johnny Cash it will be this upcoming week in memory of my father, "Fritz", Harold Edwin Masterson.


"I was having a much better day today then my yesterday.  See there was a *smile* today, as I got on with "Getting On Down With My Sunday".  I just realized how long my hair is getting when looking at this picture.  Guess the "frazzled" look of yesterday took away from it somewhat .... ?  LOL " 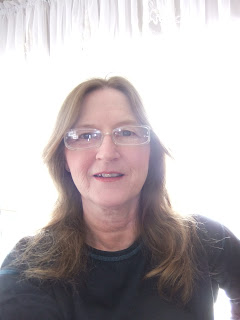 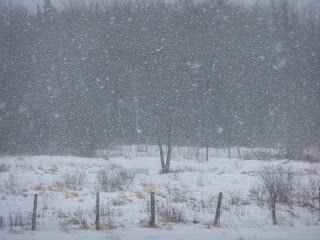 "This morning I put together a Slow Cooker Split Pea (or Bean) Soup recipe that my sister, Donna, had given me yesterday.  A 9 Bean mixture that had been soaked overnight in water and rinsed, carrots, onion and celery all chopped ready to go." 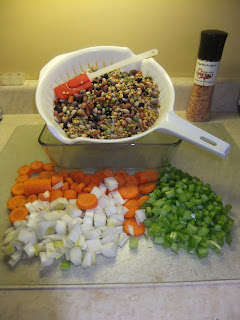 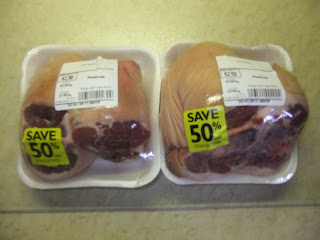 "A super deal was had on these two packages of Pork Hocks, which I trimmed "most" of the fat before going into the Slow Cooker." 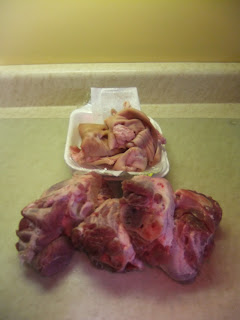 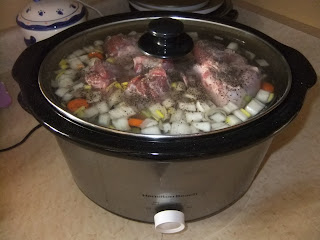 "Finished cooking and ready for my "Crabby's Cabbie lunches for the upcoming week.  I tried a little bit, and yummy it is.  A wonderful hearty soup !  Recipe to follow in tomorrow's post. " 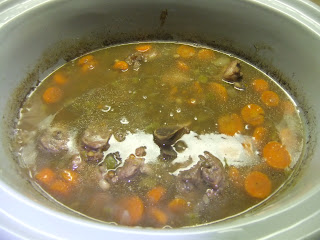 The rest of the day was spent taking it easy, as two days later, after stripping the border from the spare bedroom's walls, my neck and shoulders were having a very painful day.  Good thing I only did a "little" bit, thinking it was a good idea to give it a rest for the past couple of days.


Today my great-nephew was having one of his Hockey games in Wiarton at 6:30 pm, against Lion's Head.  Riley just recently turned twelve years old, and has become quite the hockey player over the past couple of years, or so I certainly think he has after watching him play tonight.


"Number 16 is Riley.  Luckily my camera was able to catch a couple of action shots." 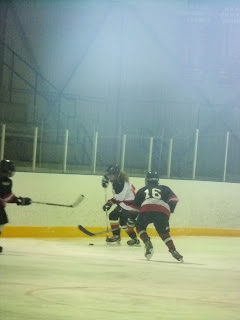 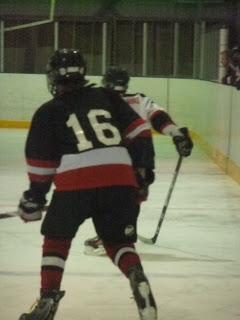 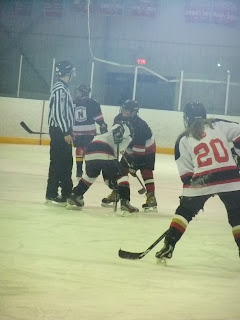 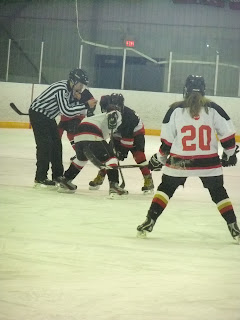 Before I had to leave to come back home, Riley "scored" a goal !!!  That was pretty exciting to see that happen, especially since it was down at the end my brother, Al & I were standing !  Way to go, Riley !!!


"By the time I returned home, it was going onto 7:30 pm, with darkness having had descended upon us by this time." 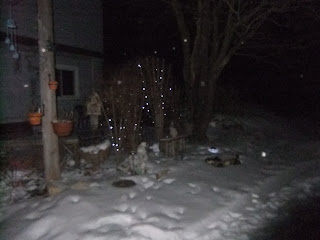 "I made Homemade Caesar Salad Dressing also this morning.  This is all it takes to make a really "awesome" dressing.  Easy peasy as 1-2-3.  My brother and I have been making this dressing for over 20 years with many compliments accompanying it." 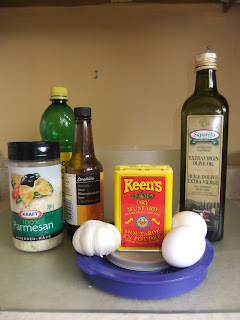 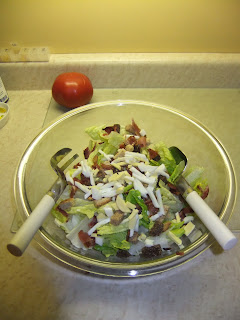 "Rob had the Chicken Wings seasoned and roasting in the oven just prior to me arriving home." 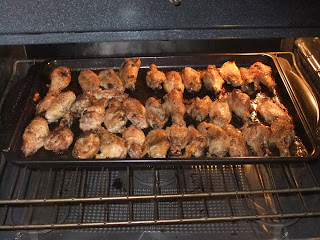 "Eight o'clock and supper was served.  It was simply "delish" !" 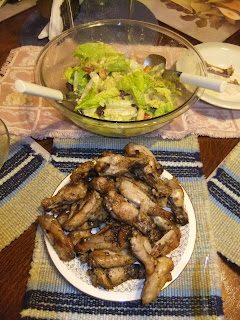 It was an all round pretty good day.  I even got a load of laundry washed and hung in front of the woodstove.  Oh I long for warm Spring days with laundry dried and fresh off the outdoor clothesline.

I am sure those days will eventually arrive, but in the meantime I have had a full day and going to soon call it a night, "Just North of Wiarton & South of the Checkerboard".
Posted by Cindy@NorthofWiarton at 3/04/2012 10:18:00 pm