Spring Has Arrived on the Bruce Peninsula

Not a good night's sleep again, but that is old hat around here.  I don't think Rob came to bed until 3 am., as he had a call at 2:05 am.  This morning I felt way over my 56 years, thinking to myself how long will I be able to keep up with the schedule of our Aussies.  Then I remembered if it wasn't for them I wouldn't have been up and going lots of times.

I finally got going with the laundry around 10 am, getting to the bedding not too long after 10 when Rob got up.  Today we decided we would head to Owen Sound to Sears so we could shop for a new mattress (again) to replace our 6 month old defective Tempur-Pedic.

I had also gone online first thing to do a bit of research and review (again) on what Sears had to offer.  Lots of great sales on mattresses right now too affording us better savings then when we had purchased in the Fall.

The one I had inquired about when arriving at Sears was not as comfortable as I had thought it to be.  Next one we tried both Rob and I liked it, and it had been the one with the most coils and a gel topping .... a Kingsdown Distinct Ashworth Euro Top.  I also wanted to see and try a Zedbed Fantazia, however they are expecting one to come in within the next week or so.  Its description and 25 year warranty is more attractive to my likes and needs, more so then the Kingsdown 10 year warranty.

The sales person will be giving us a call when they have extended the mattress section with more sets.  Hopefully we will get something that will last as long as the very first set we replaced after 16 years.

Back home I continued on with the laundry, then we headed downtown to do a couple of errands.

Before returning home Rob swung down by Colpoy's Bay for me to take some photos: 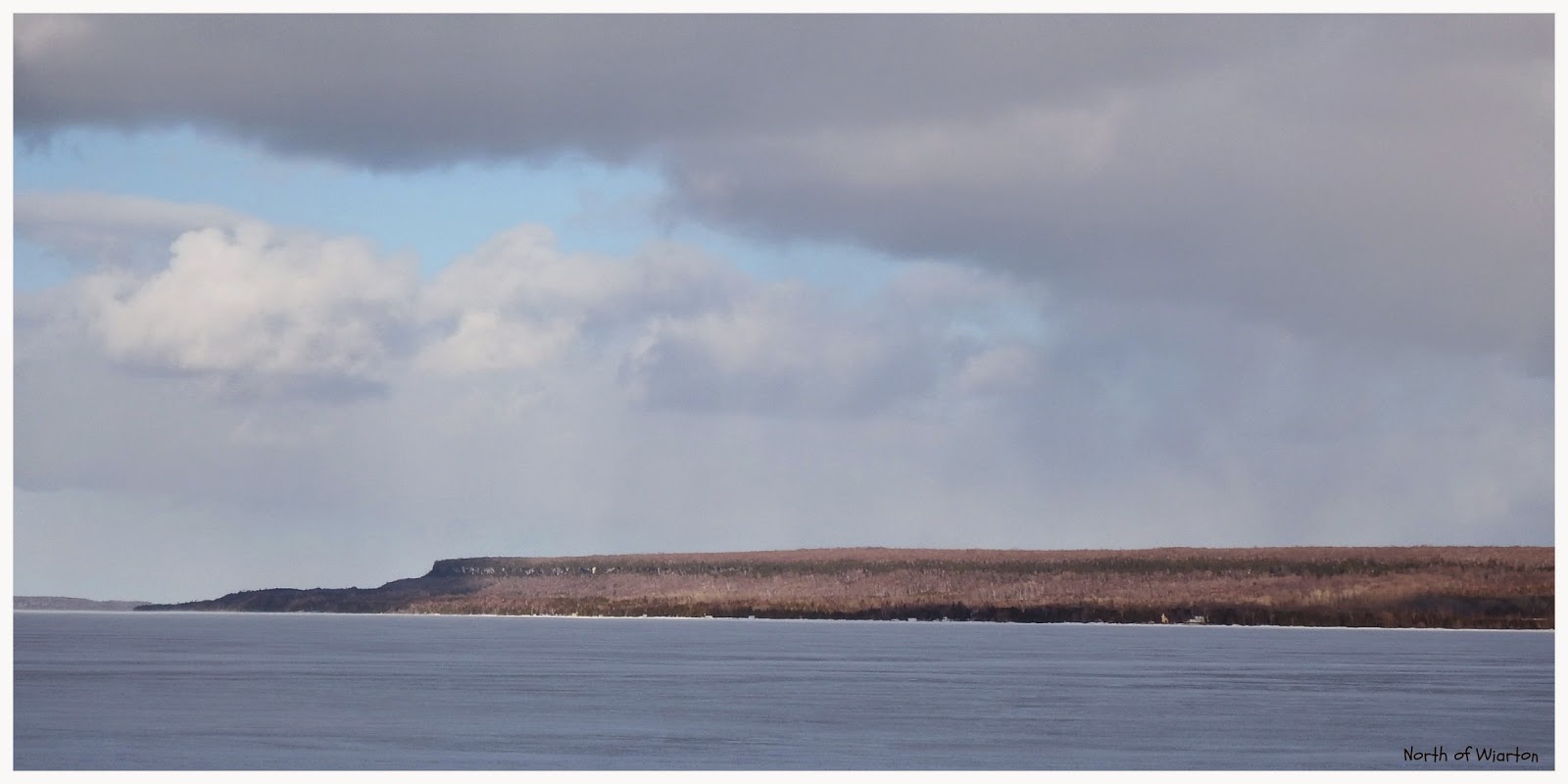 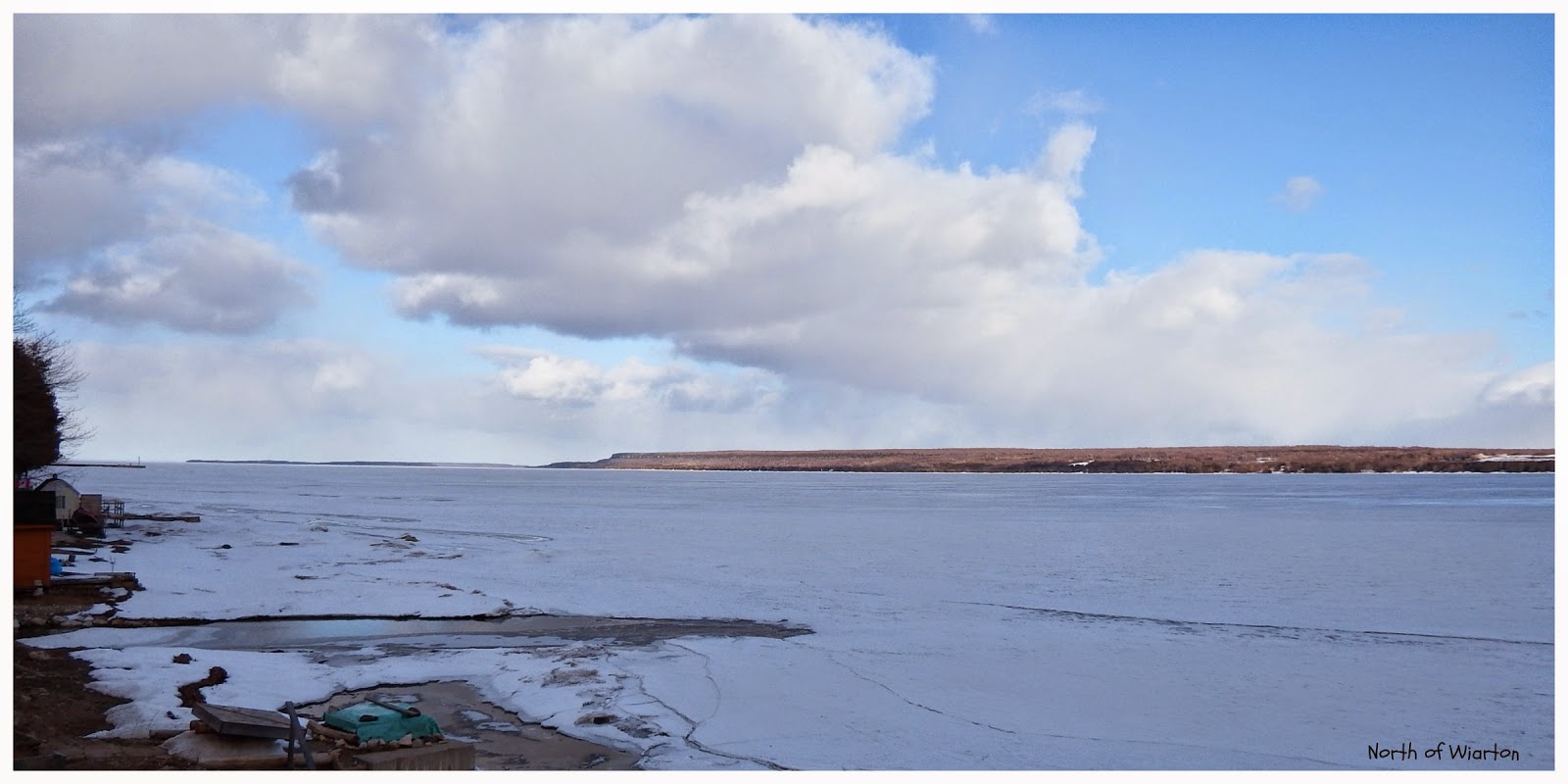 Zoomed in & cropped to bring in White Cloud Island.

More about the Colpoy's Bay Islands can be found by *clicking* HERE.  You won't be disappointed.

Turned around and on the way back up the Colpoy's Bay hill Rob made one more stop before heading home.

The run off from the escarpment is fast & furious.  The run off goes into a culvert under the road draining into the Bay.
A sure sign Spring has arrived on the Bruce Peninsula. 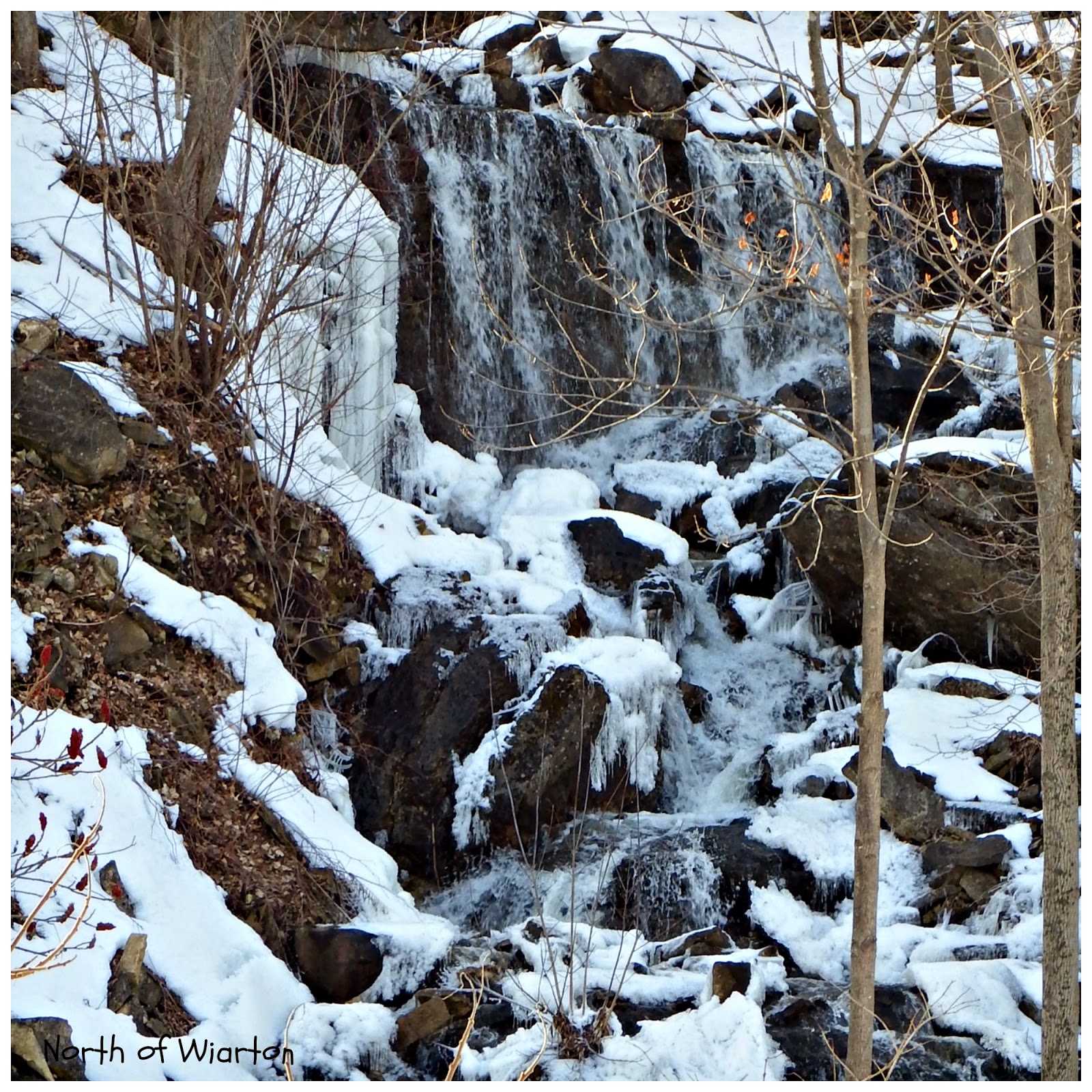 We both had a light Dinner of a Salad and yogurts.  Rob has taken off to freshen up in a hot bath, and I will be heading to our bedroom to get our bed made up fresh before it gets much later here, Just North of Wiarton & South of the Checkerboard.
Posted by Cindy@NorthofWiarton at 3/22/2015 07:34:00 pm