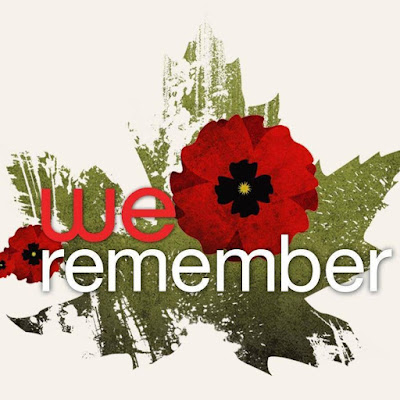 A MAN AT THE CENOTAPH 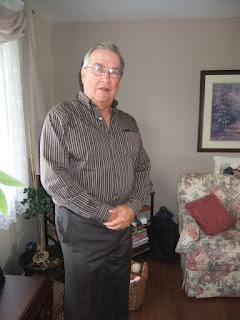 He comes here often, not just once a year,

to honour those whose names are,

and those whose names are yet to be written

on the stone erected there.

And as he stands with head bowed low,

he seems to hear a bugle start to blow,

its notes ringing clear upon the air,

and when he looks, there's no one there.
Then he bows his head in silent prayer

and perhaps he sheds a silent tear,

Basil Eby is my Uncle, who resides in Port Elgin, who also proudly belongs to and serves the #340 Legion in Port Elgin.  In remembrance of all those who served and gave our Country freedom, Basil Eby composed this poem in their honour.  Many thanks to my Uncle Basil sharing this poem with so many and with so much respect for those who have served Our Country.

"Blessed be those who served to set us free & for those who are still among us".
~ Cindy Masterson-Roth ~

That is all she wrote this day, Just North of Wiarton & South of the Checkerboard.