Pink Sky In The Morning 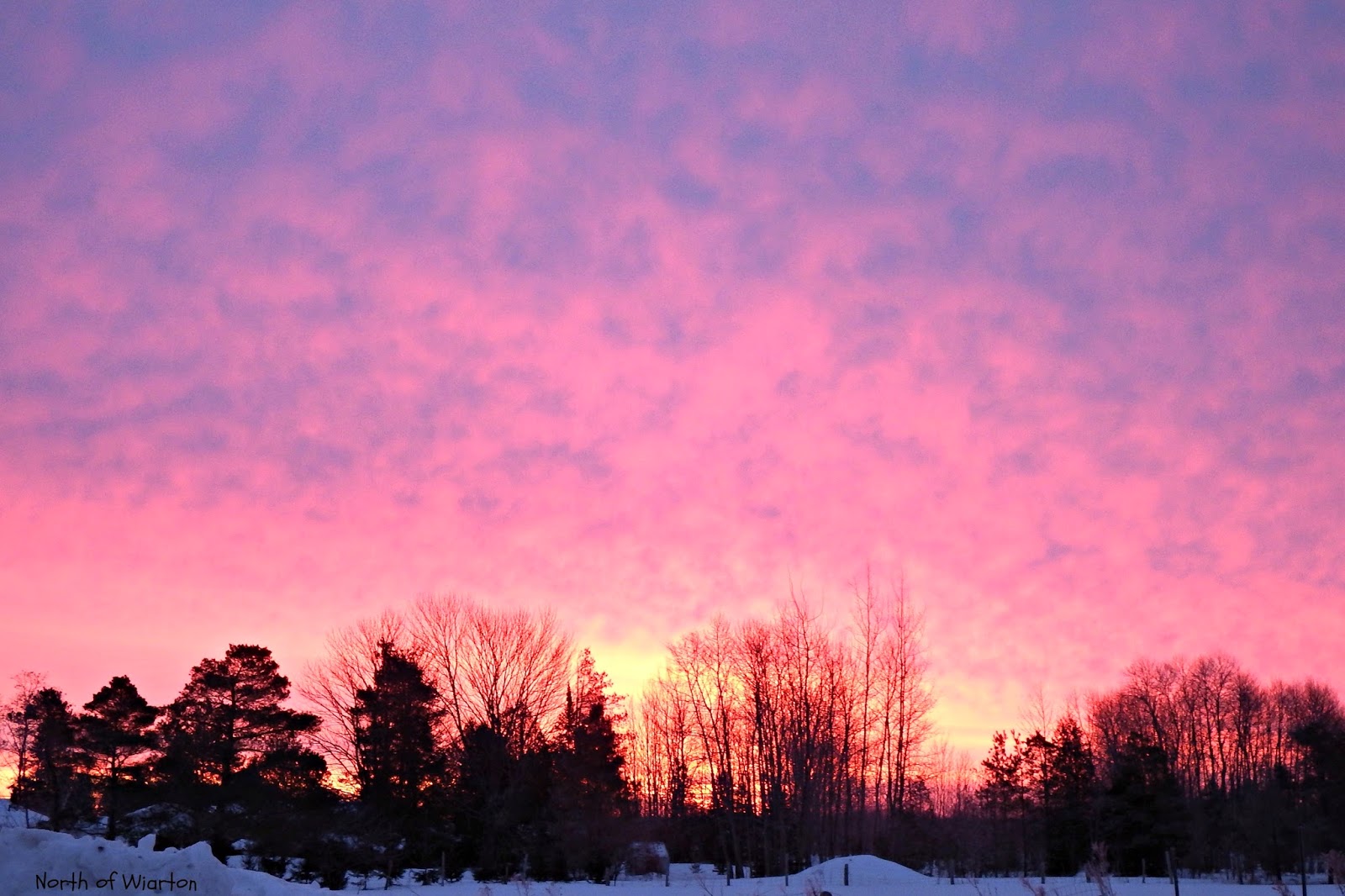 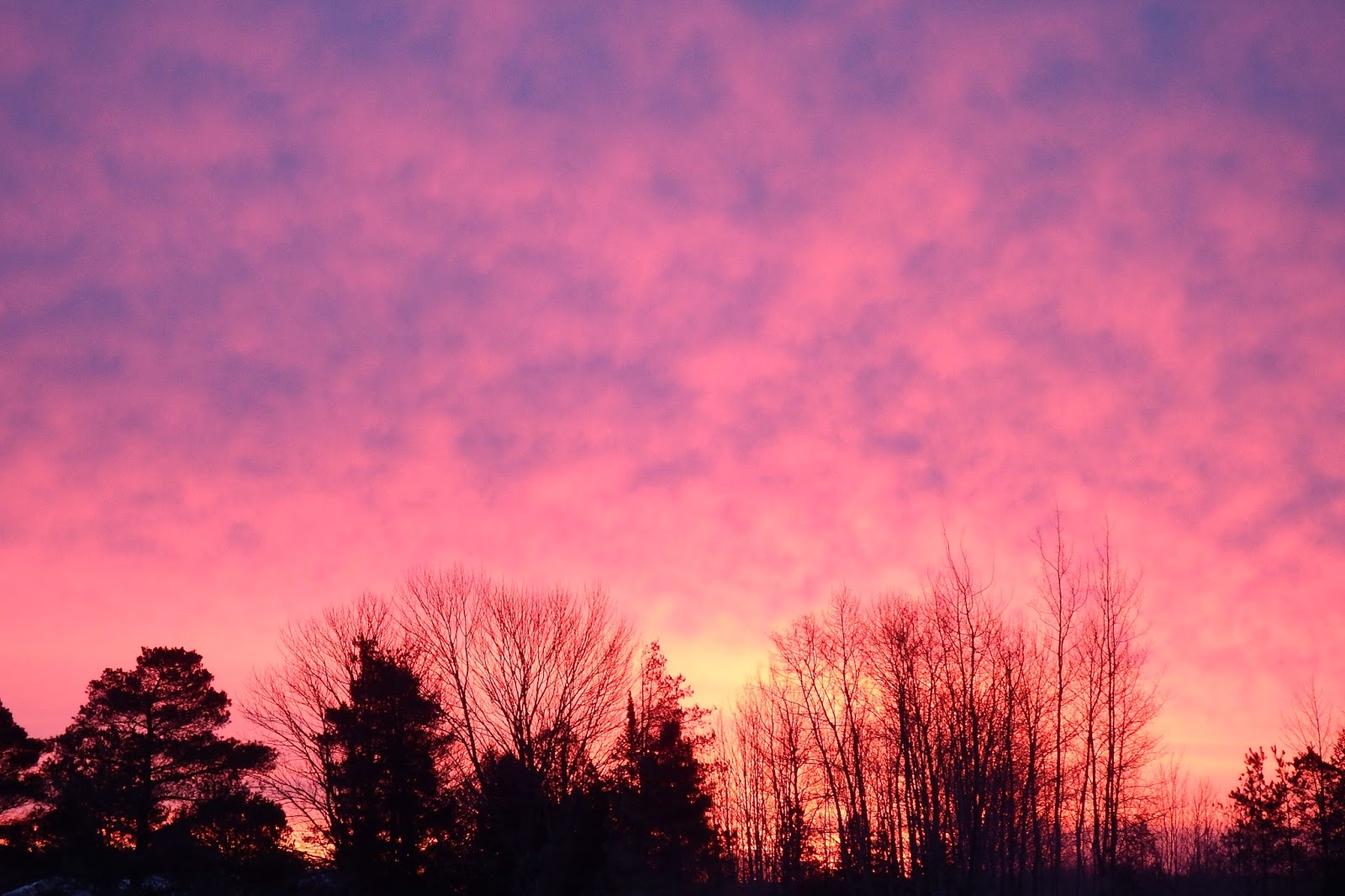 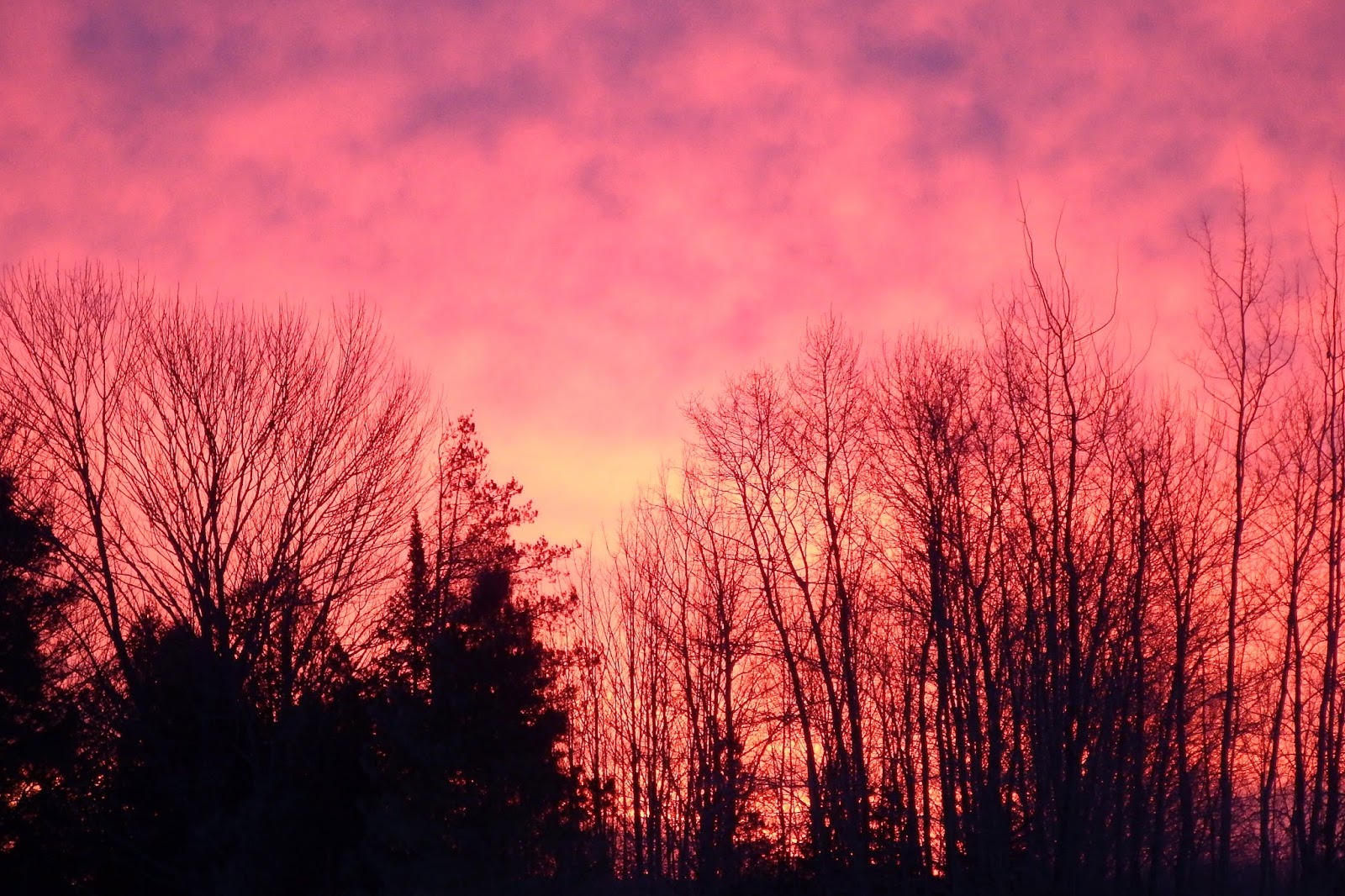 Whether or not a warning, it is quite a beautiful sight is it not?  When I had first let out Bandit around 7 am and my eyes seen the sky, I had to rush back in for my camera so I could capture its beauty, as it was gone before long.


I thought the patterns in our untouched Southern field looks quite cool & unique for what the winds created. 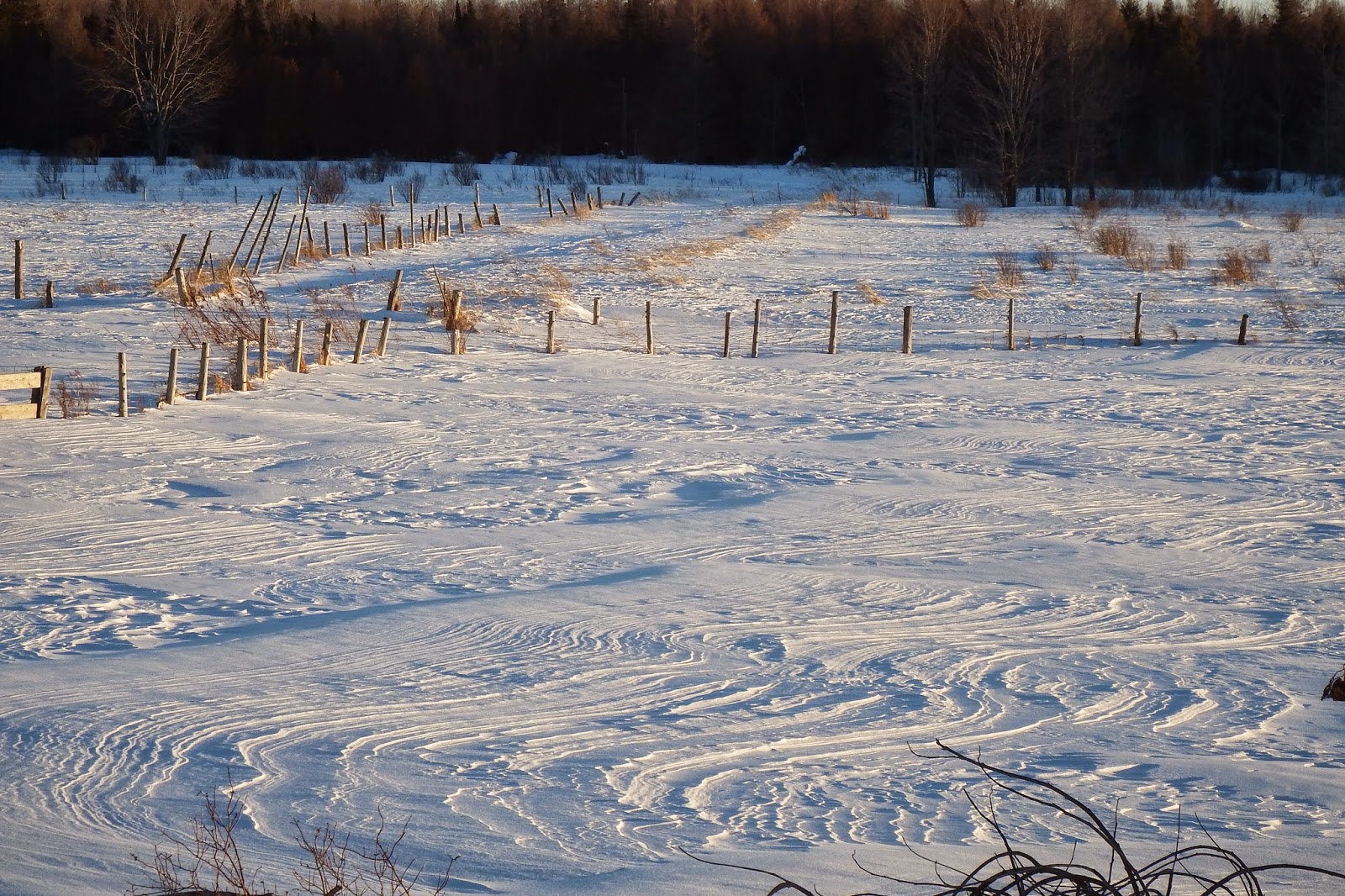 Today my errands began early when I left the house for downtown Wiarton.  I did take time to stop around to see my friend, who I hadn't seen for the past few weeks.  We took a bit of time to catch up with each other, although it never usually seems to be enough time.

I also stopped around to the Chamber Office to realize I had been asked to attend a meeting at 1:30 pm.  By the time I had realized this it had been going on to the lunch hour.  The girls invited me to stay and have lunch with them.  I headed up to Tim Horton's where I got myself a sandwich and soup for my lunch.  It was fun to have a change up of company to lunch with.

The meeting was at 1:30 and lasted almost until 3:00 pm.  By the time I had left the Chamber office the weather had made the roads quite greasy to drive on.  Rob was over in Owen Sound and told me it was freezing rain over there.

Yes the pink sky had been a warning this day.


Difficult to see the steady fall of snow however way over by the bushes it shows up.  Both Bandit & Portia went right out the front door and layed right down in the snow. 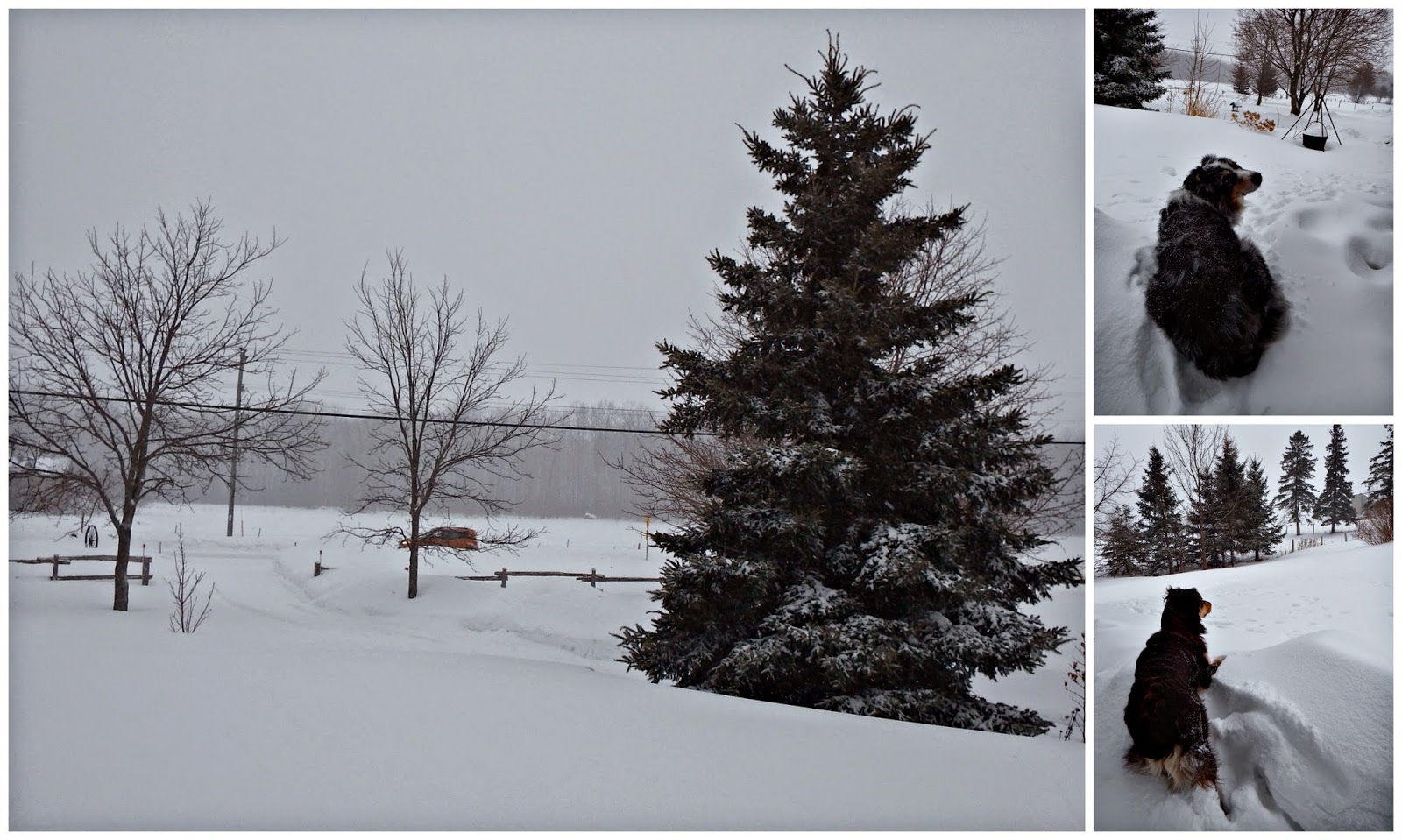 Rob will not be home until long after the Dinner hour so I settled with a Bagel and Cheddar cheese for mine.  He will grab a bowl of soup or something when he does arrive home.

I am gearing up for watching The "Voice" again tonight.  I actually stayed awake for it last night, although I am amazed I did.  I was happy to have gotten more sleep last night then the night before.\


A very huge Thank You to my friend, Diane, who knows I LOVE Snail Mail. 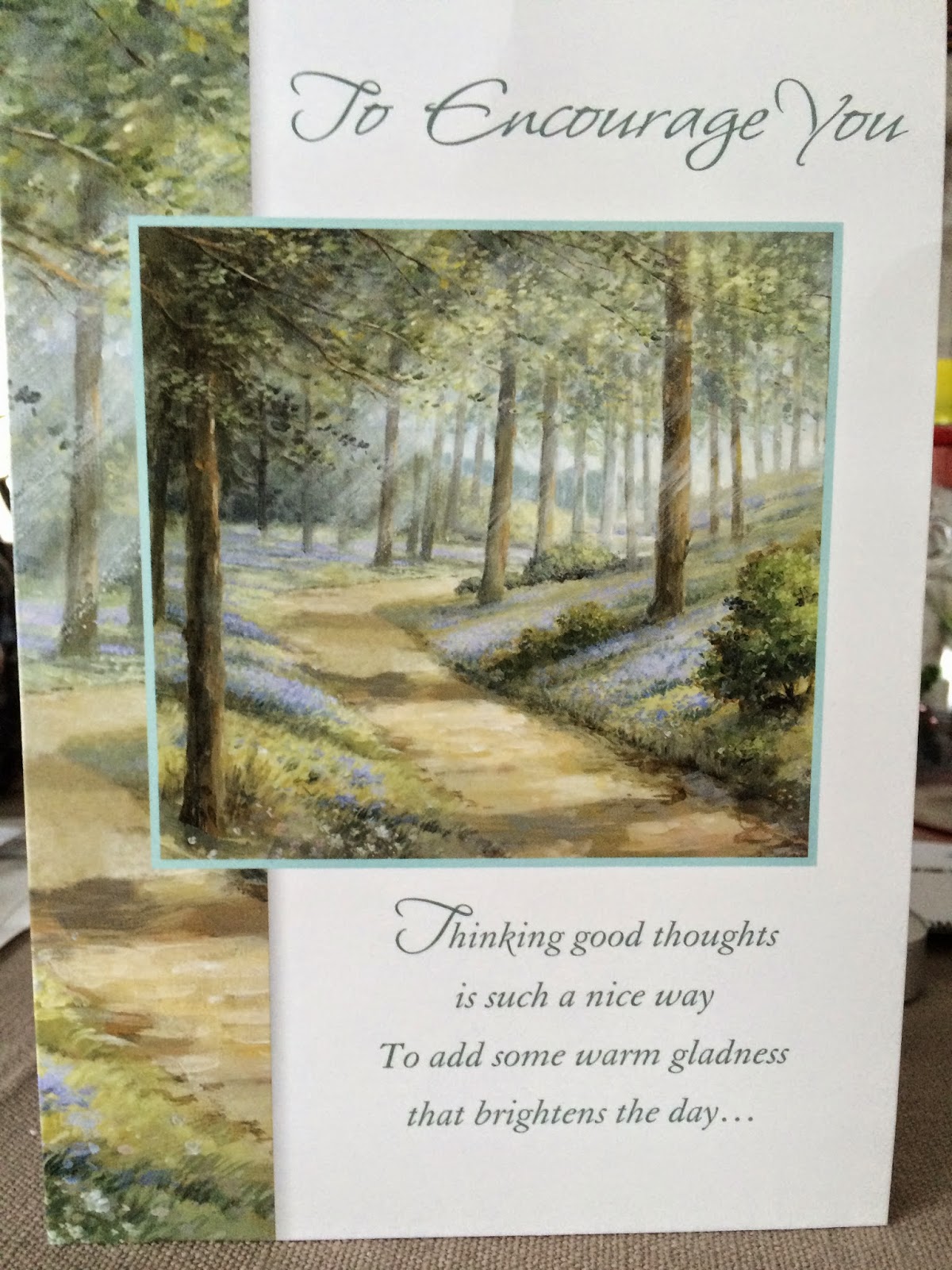 Time to take my Aussies out and about, then settle in for the night to watch my favourite show, Just North of Wiarton & South of the Checkerboard.
Posted by Cindy@NorthofWiarton at 3/03/2015 06:52:00 pm

Email ThisBlogThis!Share to TwitterShare to FacebookShare to Pinterest
Labels: Pink Sky in the morning a sailor's warning
Location: South Bruce Peninsula, ON, Canada