Just another day sure doesn't sound like the best Blog title, kind of saying Life is sort of bleh bleh bleh..... like Snoopy Dog. 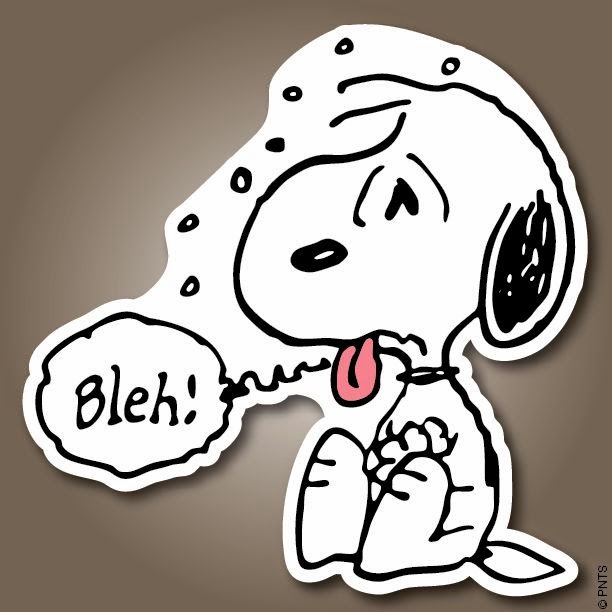 I think when someone is tired this is just how the World looks to us sometimes, even though we wouldn't ever want to leave it for the Life of us.  I was not alone in my fatigue today, as my Rob most certainly was all in but for his shirttail as well.

Ha !  I had to laugh as when I was speaking to my son, Paul, the other day I described the snow coming down as, "it is snowing like the dickens", when he laughed telling me I was getting old saying such things.  OMG ! am I starting to sound more and more like my MOTHER ?????  I more then likely am, but then again....

... when I had been speaking to Paul again this morning, he was telling the kids, "see what would have happened if you would have taken more cereal then I had told you too? you wouldn't have been able to eat it and it would have ended up in the garbage".  I had asked him who he sounded like, and he replied, "you Mom".  Hmmmm wonder how that happens???  hahaha

I had some running around to do again today, and then a meeting this afternoon which lasted until 3:30 pm.  By the time I had arrived back home at 4:00, Rob had also arrived home just before me.

Since we both were exhausted we decided to treat ourselves out for Dinner at the Green Door Cafe.  Rob had the Haddock & Chips while I had the Butternut Squash Lasagna with Garlic Toast & a side of Caesar Salad.


If you have never had Butternut Squash Lasagna then get yourself up to the Green Door Cafe in Wiarton as it is yummy !  (Reservations recommended most days).

Now with both our tummies full I am more tired then ever.  Rob is soaking his poor tired achy bones in a steamy hot bath, while I just enjoyed a Pumpkin Spiced Latte to warm my insides after coming in from the cold with the Aussies.  Yes it is cold out there this evening.

My friend, Abby Miners of Miners' Maple Syrup Products, has predicted warmer weather coming our way in the next upcoming days.  They have begun tapping their trees in anticipation of the syrup running very shortly.  Very exciting and hoping for a good run for all the Ontario Maple Syrup Producers who depend on it as a main source of their livelihoods.

Should you ever be over at the Saturday morning Farmer's Market in Owen Sound, stop by Miners' Maple Products booth & say "hello" to Abby, as she would absolutely love that.  Tell her I sent you her way ... *smile*.

Personally I am itching for the weather to warm and the Wiarton Farmer's Market to begin its Season this May 2015.   I rarely miss a Friday of heading on down to see the vendors at its downtown Wiarton location.

If all else fails to be exciting to myself in my Life or I have a bleh day, then I can always find something to say about the Community we live it, as we have an amazing Community in Wiarton with Four Seasons of always something to do here and in the Sister Counties of Grey & Bruce.

With another day ahead of me I am thinking this evening will be an early night, after of course I first watch the Big Bang Theory, before anything else, Just North of Wiarton & South of the Checkerboard.
Posted by Cindy@NorthofWiarton at 3/05/2015 07:11:00 pm