I had a really crazy evening last night.  First off Rob got all the Aussie loving to himself.  Guess since I had been gone Friday overnight and taken Bandit with me I was "ground beef".

Never any lack of Aussie loving around our house. 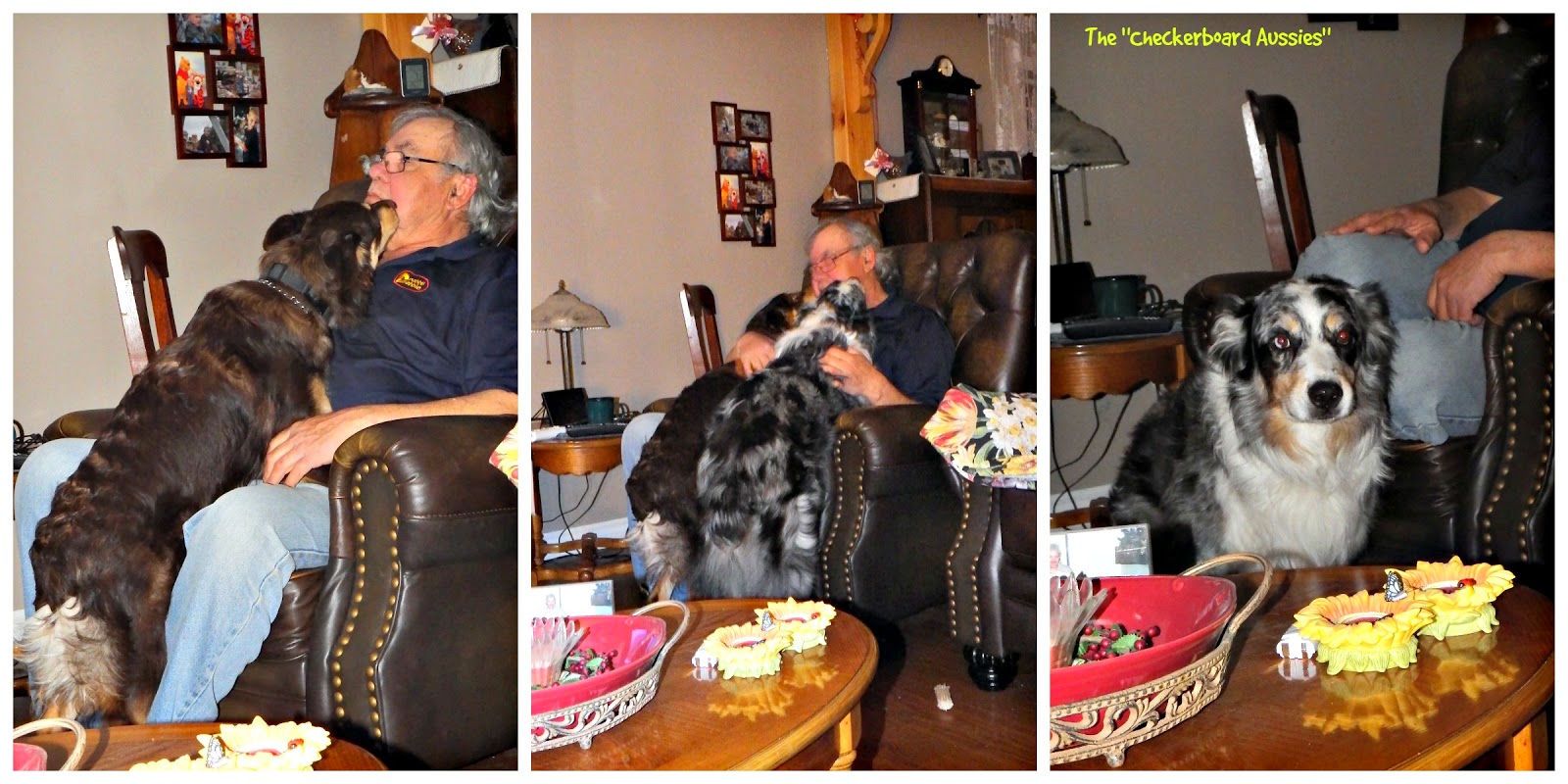 Never any lack of Aussie wrestling around our house either. 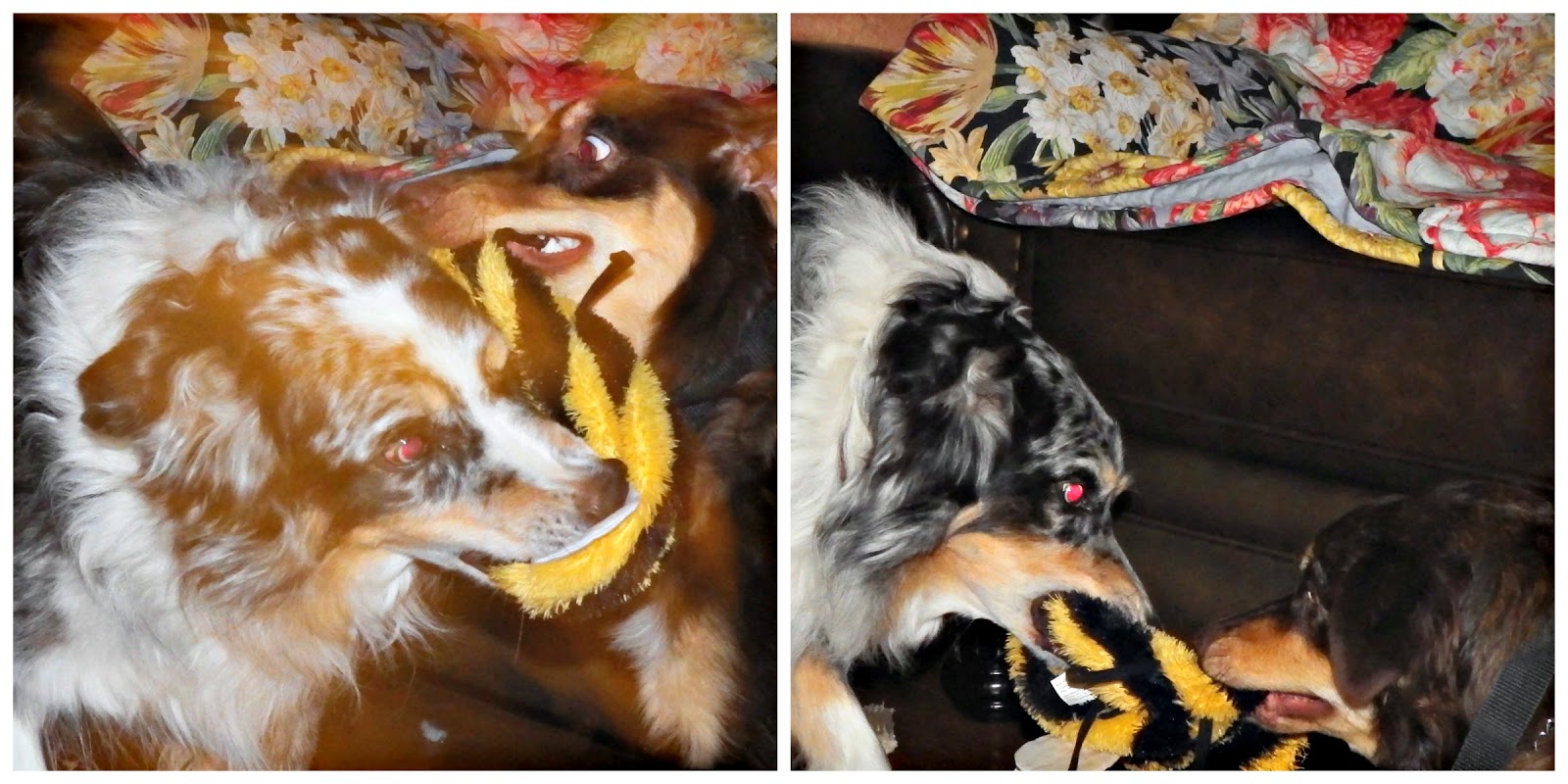 The evening got crazier after I had fallen asleep, if that is what I should call it, as I had crazy nasty dreams that were "way out there", then at 2 am I had an asthma attack.  Rob woke up trying to help by rubbing my back.  Thank goodness I didn't have to search far for my puffer as it had been right on my bedside table.  Yes I was crazy tired today.

After I had gotten the first Aussie needs of the day out of the way, I got a little sweeping and vacuuming done as our bookkeeper was coming to ready the Crabby Cabbie books for the Accountants.

The books, much to my surprise, were in fantastic shape with her telling me how much better I got at doing them.  There had only been 2 numbers turned around resulting from my moderate dyslexia, so my efforts of concentrating as hard as I could paid off last Year.  Truly though in a way it might have been better had I screwed up and declared I could not do the books anymore, as then I might have had a chance to get out of doing them.  Damn, damn, triple damn I hate doing those books, and just think I have 3 months that need doing within the next two weeks for the first Quarter of the Year.  *Sigh*...

Once the bookkeeper had left I headed downtown to do a couple of errands with a stop around also to the Chamber Office to drop off a Member's chamber's dues which had been passed along to me.  By the time I had arrived home Rob had been here and we had lunch together.

This afternoon I had to go back out again.  I stopped in at the Wiarton Home Hardware Building Centre to order a new window for our bedroom.  I am hoping once Rob gets a new window installed we can get the room purged of what we no longer need/use, painted and new carpet layed (which was purchased how many months ago now???).


The window trim came off, and put of course on top of our clean bed and expensive duvet, as the supervisor stood at the bedroom door entrance looking on, not saying a word. 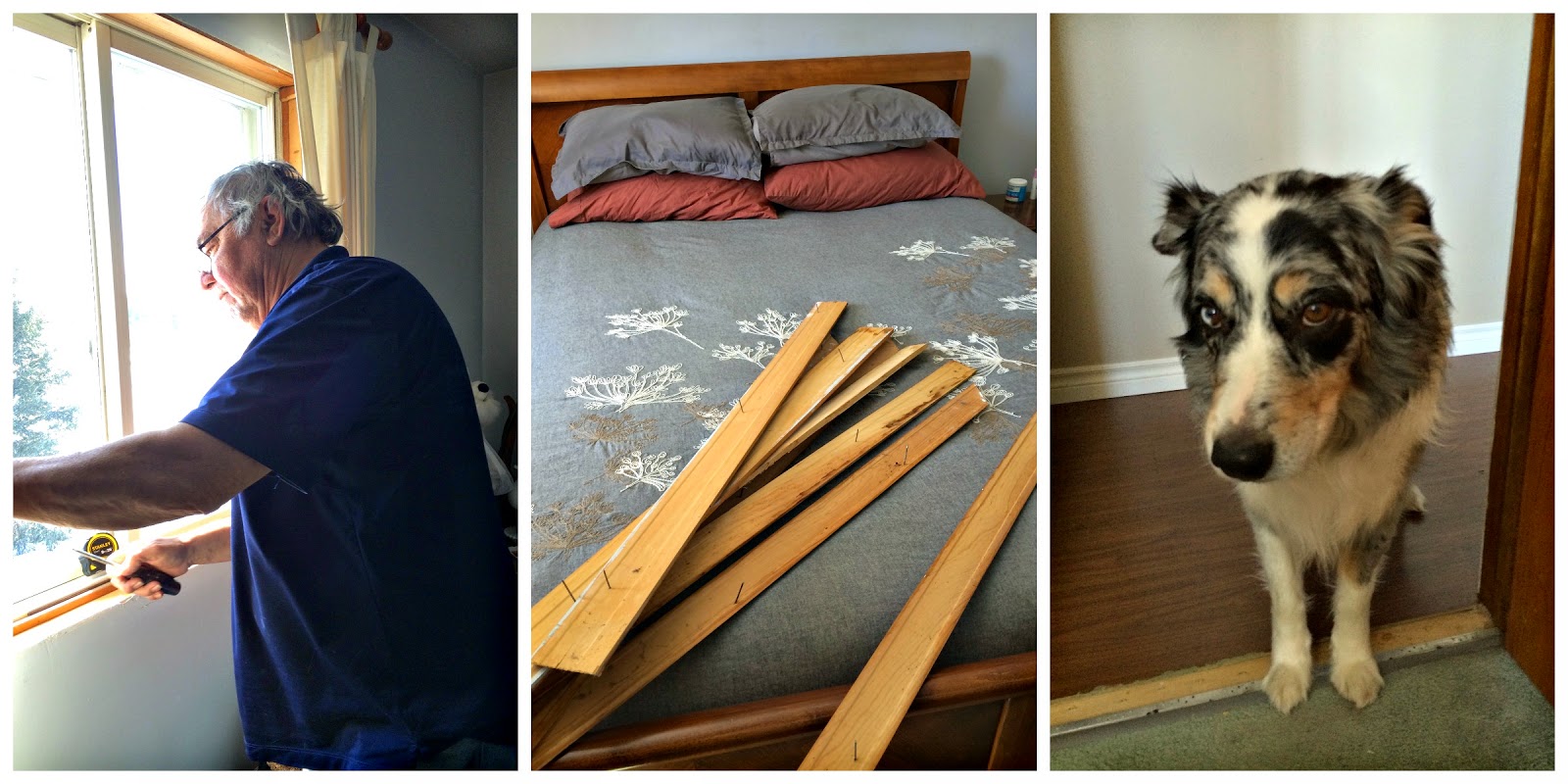 What can I say? it is getting started and when it is done I will be very happy about that.

We had leftover Roast Beef from our Dinner the other night, so tonight our meal preparation was easy. 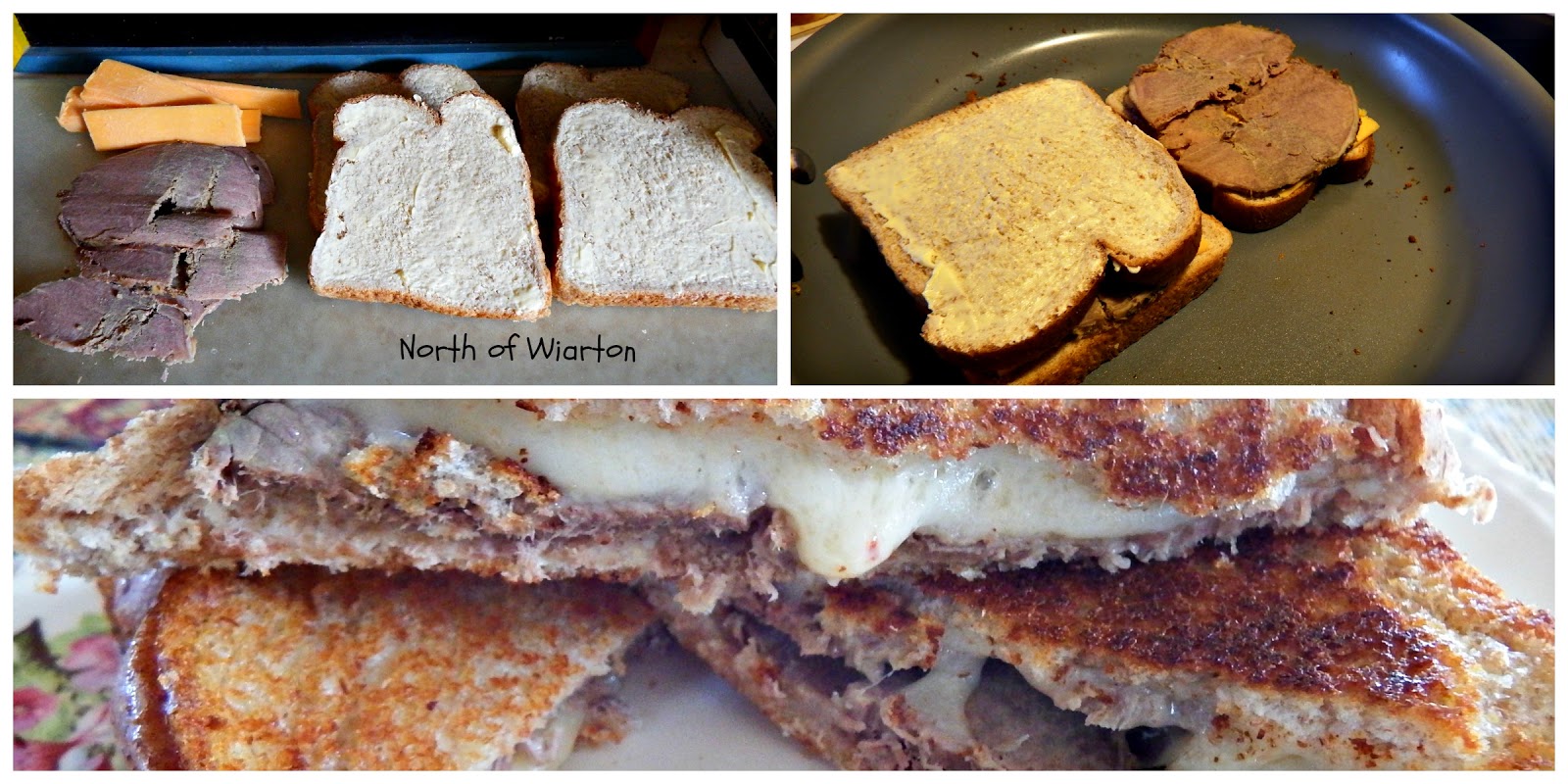 Tonight is one of my favourite evenings, especially since I get to watch The "Voice" at 8 pm..

Oh yes should anyone be looking for some Maple Syrup action, take a drive up our way this upcoming weekend, if you haven't already attended this past week, to enjoy "Maple Magic" in support of the Rotary Club of Wiarton. 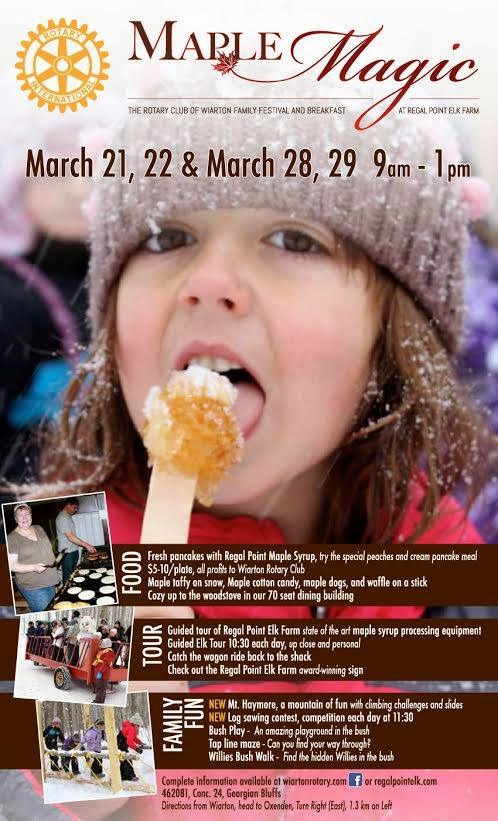 On that note I will be calling this day a wrap, that is after I first watch The "Voice", Just North of Wiarton & South of the Checkerboard.
Posted by Cindy@NorthofWiarton at 3/23/2015 07:08:00 pm