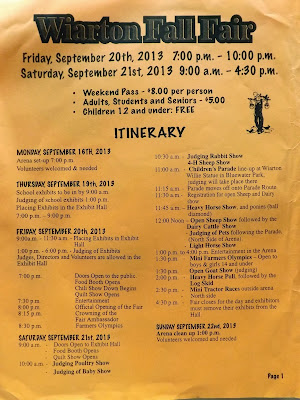 Come on into the Wiarton Arena & Community Centre  to join in on the Festivities of Wiarton's 145th Fall Fair.  What a milestone !!!  Fall displays, a Silent Auction, Give Aways, and a Baby Contest. 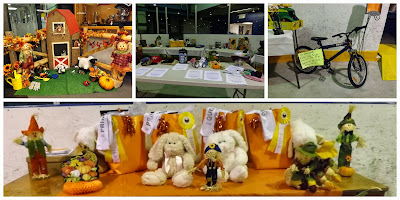 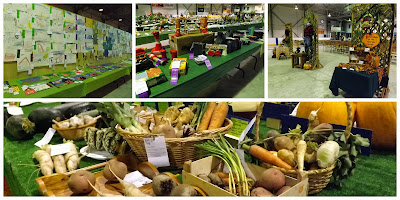 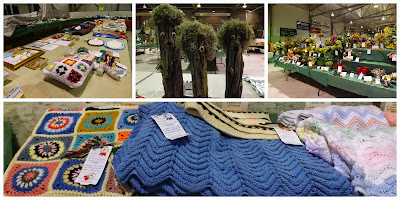 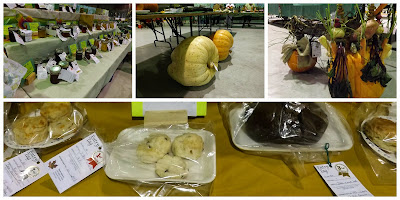 Come one, come all, come on out this Weekend to the 145th Wiarton Fall Fair !!!

I was fortunate to have a connection into the Wiarton Arena while the judging of entries was still going on behind the scenes of the Wiarton Fall Fair this day.  I was in awe on how many wonderful entries, in how many select categories, there had been.  The Fall Fair Committee most certainly has put a lot of work into the Fair, and unless you see what does go on behind the scenes I really am not sure if people know how much work does go into these events.  Hats off to the Wiarton Fall Fair Committee !!!  with hopes that this year's fair is successful so that there will be many more Fall Fairs to follow this one.

How was my day otherwise? very good thanks for asking.

Rob and I both had appointments at the Good Doctors this morning, North of the Checkerboard. By the time we returned home after 10 am, Rob got on his way to his "Crabby Cabbie" job, and I headed downtown to the Drug Store and do a couple of other errands.

This afternoon I finally got our bed made, tidied up the house, then had the Wiarton "Crabby Cabbie" phone passed on to me.  I went downtown Wiarton to the arena to take Fall Fair Photos, then came back home to wait for my friend, Toni with an "i", and her sweetheart husband, Bob, to arrive.

Back at home I took all the Aussies out, and about for about the third time at this point today.


Since I was "manning" or "womening" the phones so to speak, I had my Cell Phone, the Wiarton Crabby Cabbie Cell Phone and the House Phone attached to me.  Not really impressed that I had to be so "wired" to take the Aussies out. 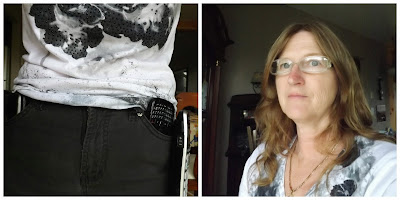 Just before Toni and Bob came I had a call for a fare to go to Owen Sound.  Thank goodness Rob had been back in Wiarton to take care of that while I stayed at home.  The three of us did not have to wait too long until Rob had gotten back home.

While Toni and I got to visit, Rob and Bob were down in the barn fixing our Old Dear John Deere Lawn Tractor.  Bob saved the day !!! and they got the starter fixed and we are good to go again.

We were pleased Toni and Bob were able to stay to have Dinner with us, and damn, damn, triple damn I forgot to take pictures !!!!  Oh man .... and they were probably laughing all the way home that I had forgotten this little detail of their visit !!

Poor Bob was on call with work, so they had to eat and run.  Regardless the visit might have been short and sweet, but very eventful.  Thanks again, Bob and Toni.

It has been raining buckets here since 6 pm, being the last 1 1/2 hours.  There had even been bouts of Thunder ripping through the skies.  I am hoping, for the sake of the outdoor Fall Fair activities, that the rain finishes up by tomorrow.

My dishes are all done up, the Aussies are waiting there last Out and About for the day, and I will then be signing off myself, "Just North of Wiarton & South of the Checkerboard".
Posted by Cindy@NorthofWiarton at 9/20/2013 07:39:00 pm