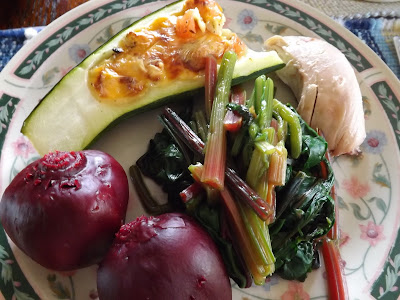 Rob and I could only take in We're The Millers, as that didn't finish until almost 11 pm, and we both needed to get home for our beauty sleep, so we never got to see 2 Guns.

Our morning today began early at 5:30 am, as that was pretty much the time we both got up.

Rob headed out down to Saugeen Shores with his Crabby Cabbie hat firmly set upon his head, while I stayed back with my Crabby Cabbie *smile* to give our Wiarton driver a day off.  I had not too bad of a day, and obviously a much better one then Rob did as he informed me when I had called him later that morning.

The Transmission hose had blown in one of our Crabby Cabbie vehicles, which ensued a tow to where we were fortunate to have it repaired today.  Thanks Jeff !!!  Another expense we could well afford NOT to have.  On the "flip side" it was better to happen today with somewhere that had been open, and not on the upcoming Holiday Weekend when it is one of our busier times.

How did this damage happen?  Our Saugeen Shores driver had a run in with a very large raccoon last night.  These things do happen with the critters out and about after dark, and I am talking about those 4 legged hairy ones.

I did not get anything done today, other then the dishes as between being Out & About Town all day long, I was on the phone dealing with, yes again, more Crabby Cabbie business.

I did manage to stop to take a couple of photos for the Wiarton Facebook page, and after Dinner stop on the Oxeden Road to enjoy watching the sailboats out on Colpoy's Bay.  What a beautiful sight, is it not? 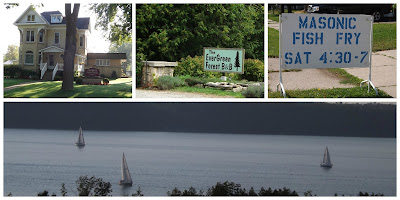 Early evening I found myself downtown Wiarton taking in the entertainment for the very last Wiarton Wednesday of the Summer.  The Night Train Blues Band was enjoyable and had my toe tapping.  The Video I took of them still hasn't finished uploading, so that will be on tomorrow's post.

I spoke to my Auntie Gladys today.  Uncle Basil has began Rehab on his right leg and ankle this day.  All your prayers for a Speedy Recovery were more then appreciated, by myself as well as my Auntie.  Thank YOU all.

Tomorrow I am hoping I have not too many interruptions so I can carry on where I left off with the much needed cleaning of our house.  I also need to get some baking done to donate for the Wiarton Optimist Club's Yard Sale this upcoming Saturday.  What am I going to make?  I am thinking Banana Bread, Zucchini Pineapple Bread and maybe some Peanut Butter Cookies, oh yes and maybe I will experiment with some Peach Cakes?

On that note I am off and running, not too quickly, towards my comfy bed to take in an episode of MasterChef, "Just North of Wiarton & South of the Checkerboard".
Posted by Cindy@NorthofWiarton at 8/28/2013 08:35:00 pm