Not One But Two Today !

What a gorgeous morning it was, before the humidity set in today.  Being the smart "cookie" I am at times, I took advantage of the early morning. 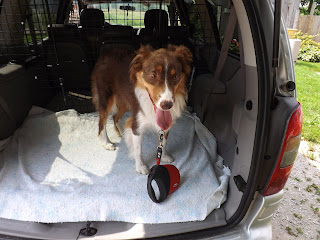 "I texted my friend, Sharon, loaded up the Lexus girl and we made off for town for a early morning walk this day." 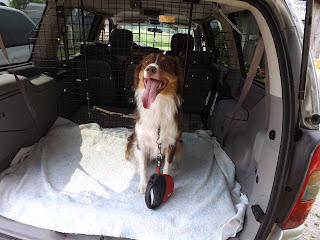 We managed to get back home just before it really started getting more humid.  I was then able to get some dusting and a bit of the vacumning done, and a couple "Crabby Cabbie" business calls in before Rob made us a light lunch of turkey sandwiches.

Speaking of Rob, last night he was so kind enough to go pick up a couple of items I had purchased on the Saugeen Super Swap yesterday. 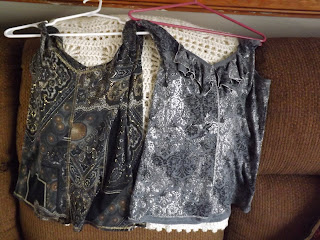 Thanks Honey, I do appreciate you having to go do these "little" pickup calls for me on occasion.  The funny thing about where Rob picked up for me, he had given this same person a ride the past Saturday night in his Crabby Cabbie vehicle.  Is that spreading business around or what?  LOL

When on Sunday we scored the deal on a much needed dehumidifier for our basement .... 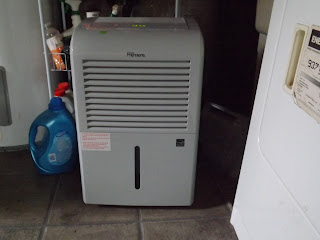 " We needed to get rid of the two older models.  Rob knows of a guy who takes "scrap", so he loaded up the two old ones to deposit on his way into work.  More savings, and Lord knows we can use it." 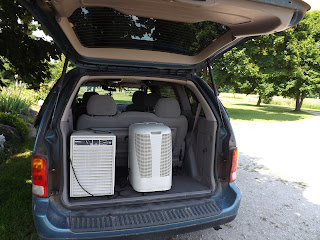 My plan to join Lena over at Frugal and Thankful for the end of June Fiscal Fast, HERE, isn't going to be happening for me until after the Canada Day Weekend.  Hopefully I won't be going alone on my "no/low spend" week then?

Bandit and I were hot, while the girls were cool in the basement, and Buddy shaded with lots of water in the kennel run where the puppies had been, so what else were Bandit and I to do but.... 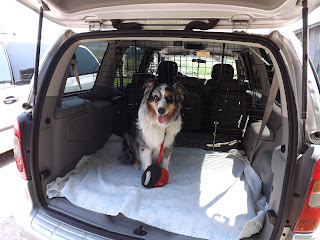 ".... load ourselves up and head on over to the Government Dock at Colopy's Bay, just a matter of a couple of minutes from our house." 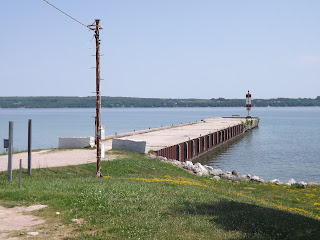 "We weren't the only ones going to enjoy the Bay this day." 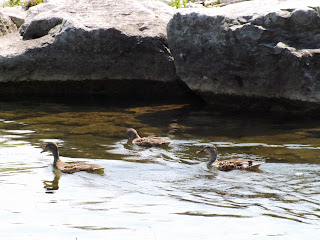 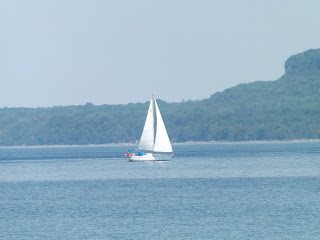 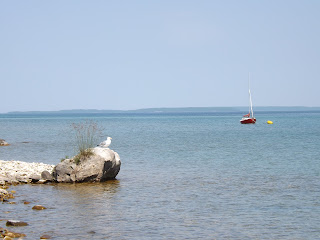 "This guy actually looked on and stayed the whole time were were here." 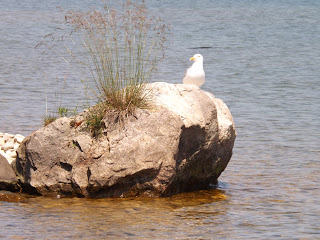 "While Bandit literally enjoyed the Bay." 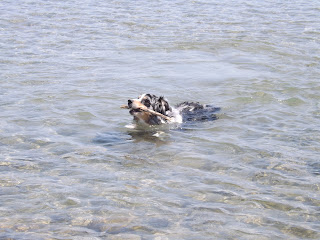 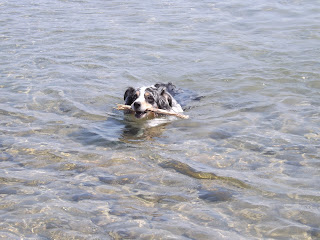 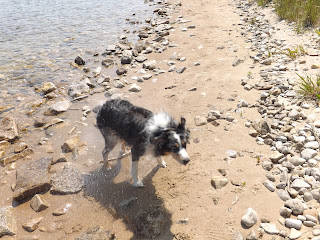 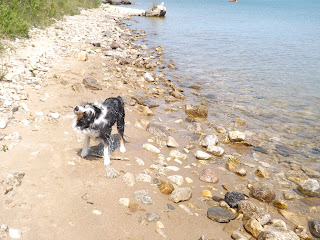 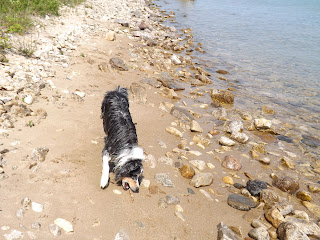 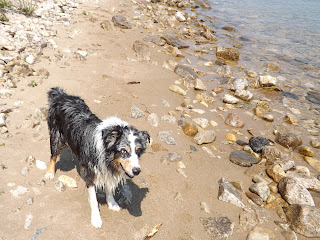 As we were walking back to our vehicle, we were stopped by a guy, who happened to looking on the whole time I was throwing stick and Bandit had been fetching.  After a bit of chatting, off I went home with his phone number promising to call him next Spring when our next "Checkerboard Aussie" litter arrives.  One never knows, does one ..... who needs a business card when I can take mine along with me in the "flesh & fur" ?

We had a pretty good time together this afternoon my Bandit and I, with me not only having one but two outings today !!!

When we got back, despite the humidity, the girls had quite a good romp in the yard before they got too heated up longing for the cool of the basement in short order. 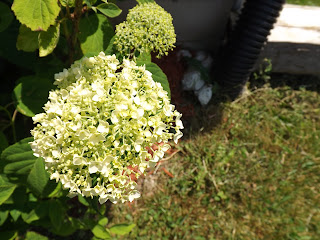 "The lace of the Hydrangeas is filling in the blooms, and the blue of the Johnson's Geranium makes me feel good just looking at them." 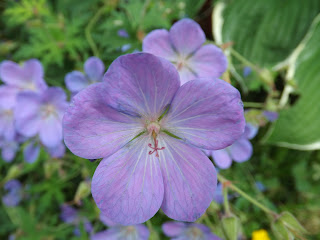 Oh yes, should anyone be looking for Canada Day fireworks going on in and around Bruce County this upcoming weekend, try here at the following link for a location near you:

Another early evening with my "Blog" post almost done.  I am thinking I will take advantage of the daylight, load up Buddy and take him down to the Government Dock at Colpoy's Bay to see how he likes water.

Then there will again be another new day to look forward in the morrow, "Just North of Wiarton & South of the Checkerboard".
Posted by Cindy@NorthofWiarton at 6/28/2012 07:46:00 pm