No Apple Pie This Day

A mild rainy day it started out to be.  At this moment it is a blustery Winter Day with heavy wet snow being blown threw by westerly winds.  Another "mixed" bag of Winter this day has been weatherwise.

Otherwise ... there are some days I would LOVE to bury my head as an Ostrich would do, but then I would miss out on all the fun I had this day.

Sunday Rob and I had went to pick up a "new to us" Stove that had a flat top cooking area, and convection oven.  I have been pining for another convection oven since the motherboard went in mine a few years back.  My other, plain "Jane" stove I had bought used to see us through, needed the oven cleaned so I put it on self-clean yesterday when hydro was cheap and got going on wiping it out this morning.

The day started out fairly good ....


"I tackled the nasty job of getting the oven cleaned out right away thinking the worse will be over with right off "the bat"." 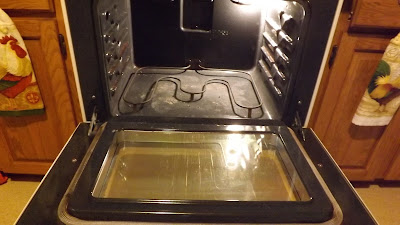 "It was spotless and I was feeling good about posting it for sale on Kijiji." 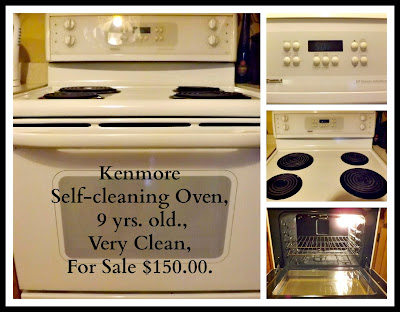 Rob called to say he was coming back to Wiarton with our one "Crabby Cabbie" vehicle to get the oil changed and bringing along a friend to move the old stove down to the basement and bring up the "new to us" stove.

With this all done, I carried on with getting it all nice and "spic & span" where the old stove had been, where on Earth do all those piled up bunnies come from, then pushed it back after plugging it in.  I smelled plastic burning, but thought it had been something when I had plugged the kettle into the stove's outlet.  I carried on with peeling apples for the pie  I was all excited to be making and baking in the convection oven ... oh it had been so long since I had used convection.

Halfway through the apples being peeled I thought I had better pre-heat the oven.... nothing.  No clock on, no light on, no oven, even though all the burners worked properly. 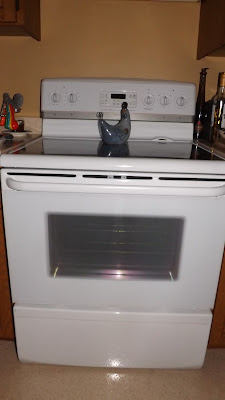 I felt physically sick to my stomach.  Money I had spent, that otherwise could have been used on something else, I had spent on something that we now could not afford the extra money to put out to repair in something already used, especially when a brand new one only costs $699.00.  Here I was trying to upgrade by saving some money to have it "back fire" on me...dang, dang, triple dang.

I called a couple of appliance repair shops.  They assured me the move would not have done anything to cause the clock/motherboard going, as they just go and it was just our bad luck that it went when we plugged it in.  No fault of the people we bought it from, as it was working fine when it left their place... just our "bad luck".

Does it end there? of course not.

I wanted to use the shop vac to vac up all the loose dog hair around Lexus and Missy Mercedes kennels to find it wouldn't even suck up paper.  No problem, it had been pretty full with the filter needing a good cleaning, so I got that all done.  Still no suction, so left until Rob got home to pull the attachments off as something could be plugged in the hose.  I left it there for him.

Well "him" got home and back upstairs only to tell me ....


"I had left the cord too close to Missy Mercedes' kennel and she had herself a bit of a chew (she does love cords for some reason).  At least this is a much easier and less expensive fix." 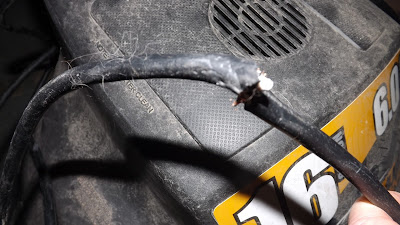 On speaking with a good friend today, she had pointed out all the "good things" in our lives can be focused on as much as we want to stay positive, but for some reason one or two really "bad things" always seem to surface to gain all our attention and focus.  Jeez I really hate when that happens !

Another friend told me a couple of weeks ago that life's cycles go in runs of bad and good... really would someone please let me know when it is time for my "bad" cycle to run out?????

These small "things" have only been minor, being only the "icing on my cake" compared to "other" things going on in my life for the past while.  What do I say to this? thank goodness for some loving family members and all the wonderful friendships I have.

I really been working on talking myself through all this negativity we have had thrown our way the past few weeks, as I always try my darnedest to focus on some positive as much as I can ....


"I am thankful for a Slow Cooker to make a meal in until my old stove comes back upstairs." 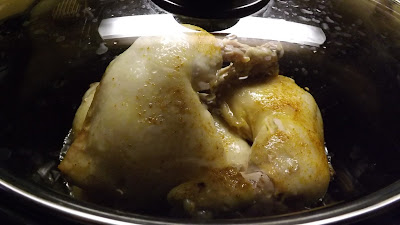 "I am thankful for all the smiles I had later today by looking into the whelping box for a minute or two, or was it five or ten minutes?" 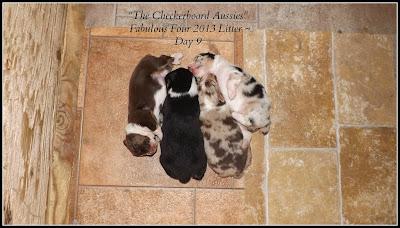 Oh yes there is silver lining amongst the stormy clouds .... 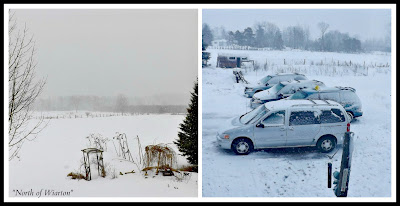 The people who we had bought the stove from contacted us and are mailing us a full refund for what we had paid them for the stove.  How descent and nice was that of them?  this really made my heart sing at the end of what I found to be a somewhat of a stressful day.  The money we get back is going to go into a envelope to be saved towards a brand new "for us" stove some day, hopefully this year.

In the meantime there will be "no apple pie this day", but guaranteed there will someday again soon, "Just North of Wiarton & South of the Checkerboard".
Posted by Cindy@NorthofWiarton at 2/11/2013 06:46:00 pm