Much To Be Thankful For

Before I get into my today, I have to reflect a bit on my last evening.  Rob was home and we were both able to enjoy MasterChef Junior.  I really enjoyed MasterChef, but thinking just into the first two episodes I am really going to be enjoying the Junior programs.

Onto the day at hand ... other then a few interuptions throughout the night by my Crabby Cabbie, it was a better then nothing sleep then some of my past nights.  I was pretty excited today as the "gang" were coming for our Thanksgiving Family Dinner today.  The only *sad* part about this was our Aiden and Connor were unable to come as it was not their weekend with their Father. 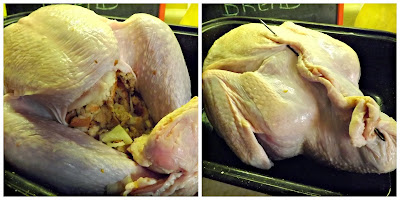 I still had to get lots of cleaning down this morning, so both bedrooms were dusted and vacuumed with a few other odds and sods of chores done up as well.  Then I headed on downtown Wiarton, as I wanted to see what was going on behind the scenes ....

Today was the Annual Community "Free" Thanksgiving Dinner being put on by the Wiarton Salvation Army, and Winter Clothes Give Away.  Here is Jeannie, who is responsible for much of the "behind the scenes" preparation for these Events, as well as other "key" persons.  I can well imagine it was a wonderful dinner from what I got to see .... I was almost tempted to show up at the Noon hour myself for some of this goodness. 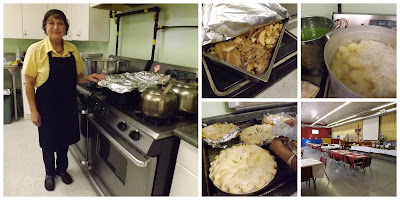 Over on Berford Street the Wiarton Kid's Den was having their annual Fundraiser Bake & Pumpkin Sale.  All children were participants in the baking of  all these goodies.  Should I have not already had dessert plans for our dinner this weekend, I would have most certainly been tempted, especially by the Chocolate Cake adorned with a Turkey.  They also have a drive for Coats for Kids running until the 26th of October.  Should you have any kids Coasts or Snowsuits, please drop them around to the Wiarton Kid's Den Daycare, located at 491 Brown Street, Wiarton. 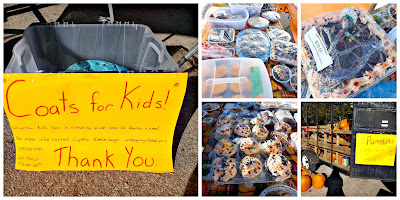 I did get back home to accomplish more cleaning with ....

... the table set waiting for helpers to arrive to fold napkins for me.  They arrived with lilies for me; are they not lovely?  and help in the kitchen too ? my men are far from being shy of the kitchen.  Finally mid-afternoon we were all sitting down for our Thanksgiving Dinner.  Liz, Paul, Briar, Chloe, Josh, Rob and myself. 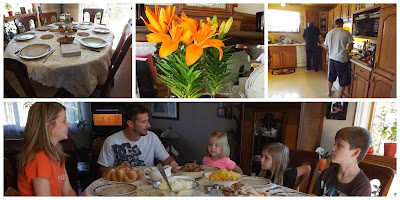 After we were all finished our meal, it was time for a belated Birthday Gift, as Liz's Birthday had been the 11th of October.  Even Bandit got in on the fun. 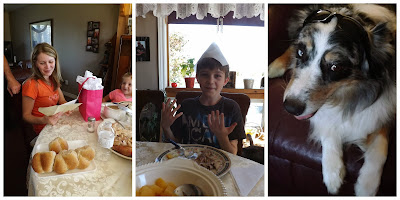 Leaving Rob behind at home the rest of us headed down to The Spirit Rock Outpost & Lodge, as they have their Ice Cream on for an "End of Season" 1/2 price sale (until supplies have diminished).  Before ice cream, we had a "look about" in the store with a up close and personal encounter with a Coyote.  Outside with our ice cream Chloe tried to hail herself a Cab with a very Crabby Cabbie guy.  Ha ! 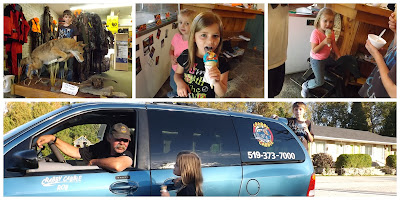 Before we headed on downtown, we all had ourselves some "turkey" fun. 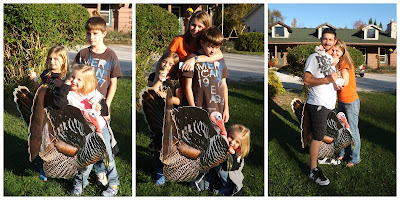 Downtown Wiarton we stopped in to get a couple of movies for this evening, then headed on over to visit my Mom.  Why on earth did I leave my camera in the van I have no idea, so I missed out on photos of Mom and Paul.  Hopefully I won't next time, however we did have a great visit with her.

It was a beautiful evening, next stop being Bluewater Park where both the young and old kids had themselves some fun. 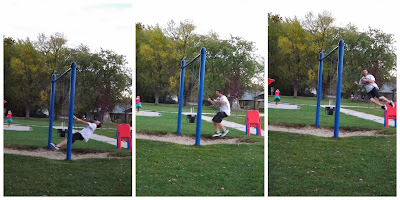 I "caved" and had my photo taken with my son and the cement replica of Wiarton Wille on the  shores of Colpoy's Bay.  I am just happy we had our photo taken together, as Paul & I seldom get together to have photos taken. 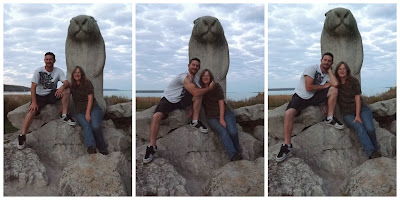 This photo of the kids was a lovely photo, as they were having way too much fun in the others with Briar giving everyone "rabbit" ears. 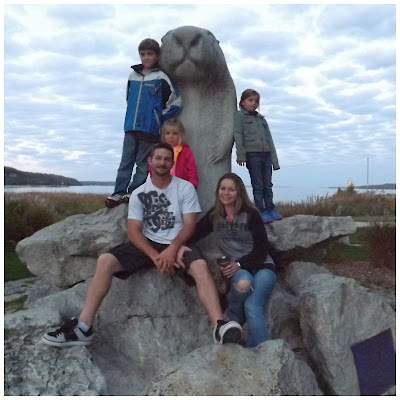 Back at home we had some really yummy dessert that Liz made this afternoon.


Oh this Pumpkin Crunch was delightful !!!  and today only it was healthy, regardless of the 1 cup of melted butter that went into it.  YIKES ! 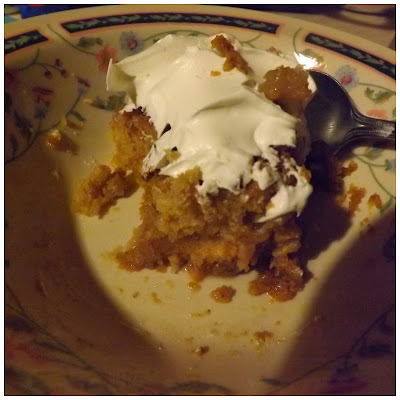 Preheat oven to 350*F.  Grease 9x13 pan (this we never done, good thing as there was an efficient amount of butter.

The little kids are all tucked in for the evening, with the big kids here sitting here watching the hockey game.

Me?  I am tired and almost ready for my bed.  Regardless of how tired I might be, I had a totally awesome day and have much to be thankful for, "Just North of Wiarton & South of the Checkerboard".

**Please note all photos and contents of this Blog belong to the Writer.  Please request permission before using any contents, photos or otherwise.  Should permission be granted, photo credits are to be linked back to "Just North of Wiarton & South of the Checkerboard" Blog and its writer.
Posted by Cindy@NorthofWiarton at 10/12/2013 10:29:00 pm