The Calm After The Storm

Early this morning, "the calm after the storm". 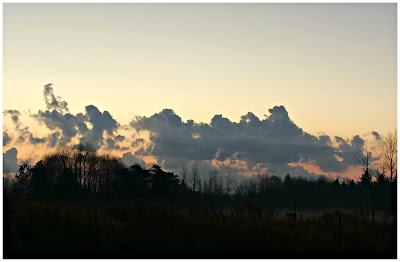 Early yesterday morning I had to go over to Owen Sound.  It was a very blustery rainy drive there.  For some reason I thought coming home the back way would be better and more sheltered.  Wrong ! I ran into rain with 50km winds hitting me, branches flying out of the sky smashing into the van.  For a few minutes I was scared to death.


The shed that was not too long ago erected and filled with our Winter wood was smashed and up on our roof top.  Part of our Gazebo was also missing. 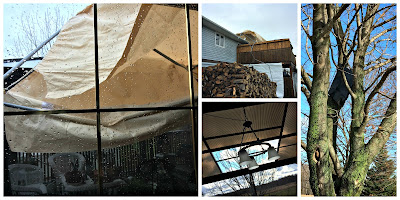 Once Rob had arrived home it was discovered the outside dog kennel was thrown on its side, our "brand new" eaves troughing had been twisted, and a piece of the gazebo roof was up in a Maple tree at the front of our house.

I do not know how Buddy had reacted as he had been in the outside dog run, however Bandit was still shaking like crazy when I came in the house.

Apparently there was much damage further up north on the Peninsula.  They are calling it a "silent tornado".  Places had roofs blown off, trees felled, and much more damage along with hydro being out in many places.  I hope this is not an indication of what the months ahead are going to bring.

I only accomplished a few minute things today, however I did get out for a walk with my friend this afternoon.  Other then being cold, the day was rather nice until the rain began again around 5 pm or so.  There were reports of hail between Hepworth and Sauble Beach.

Our grandchildren were also out walking today, as I received a text picture with 4 of the munchkins up in a tree .... 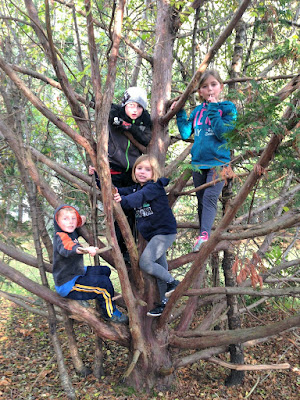