Wouldn't this be nice?  even thought I know I slip daily on this I do know I do try my very best. 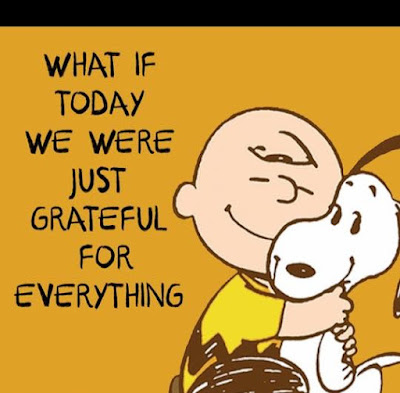 Yesterday we had headed South, early in the morning, towards Paul and Liz's for Thanksgiving Dinner.  It had also be Liz's Birthday.

Rob and I first stopped in at Costco for a few things, in particular a pumpkin pie.  We could not believe the HUGE pie we had gotten for $5.99!  We arrived at the kids about 10 am, as dinner was going to be served around 1 pm.


Yes everyone was "wireless" while waiting for Thanksgiving Dinner was being prepared, even Papa. 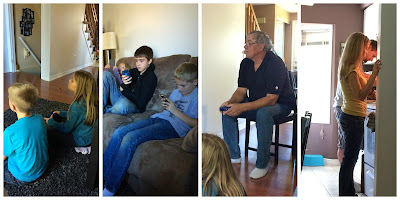 Mercedes had been very happy to see us, and her kitten, Larry, (who happens to be a girl) was very entertaining the whole time we had been there. 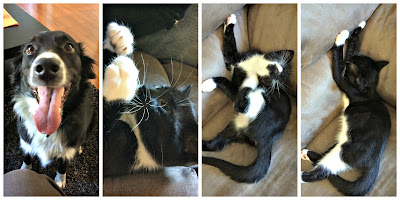 After Dinner we had pie and whipped cream.  The birthday girl was being attacked by her husband with the threat of whipped cream not on her pie. 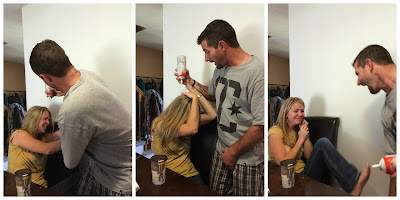 Rob and I had arrived back home by 5 pm, both very full and very tired.  By the time we had done the dogs, and I had cleaned out the puppies, fed and watered them we had both been "done like dinner".


Something on one of our vans needed fixing, and the lawn needed cutting, hopefully only one more time but who knows with all the rain they are calling for this upcoming week? 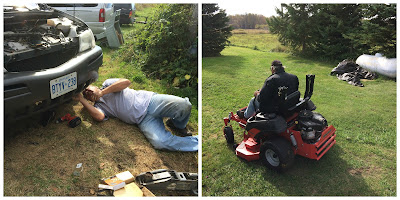 Rob and I went for a little drive up to Lion's Head mid-afternoon, and I could not find my camera to take along, but then were call to do a call to Owen Sound so that had been short lived.

I suppose after this very beautiful day we had the reality will shortly be setting in that Summer really is over, Autumn is almost done, and Winter is only around the corner, yes?

I am showered and all ready waiting for 8 pm to come along so we can watch the next episode of The Voice, Just North of Wiarton & South of the Checkerboard.
Posted by Cindy@NorthofWiarton at 10/12/2015 06:53:00 pm