Our Children, Paul & Elizabeth, along with the grandchildren, Josh, Chloe, Aiden, Briar and Connor, arrived yesterday afternoon, and we all had a fun weekend !

We had a great Rib dinner that I had ready for them, then a pretty laid back evening before bedtime.

This morning began with Rob out the door by 7 am, the Aussies looked after, Josh still in bed, the four youngest in my and Poppa's bed, and the two oldest on the couch trying to ignore me. 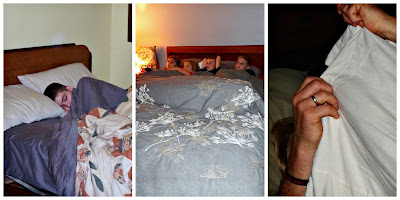 A breakfast of bagels and a fruit tray was had while waiting for Poppa to return home from taxi runs/  Everyone kind of did their own thing this morning until lunch time. After lunch we all headed out together to Sauble Falls.

As soon as we arrived the two youngest, Briar and Connor wanted Grandma to take their pictures while they laid back and posed. 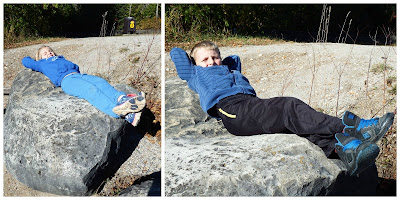 The Falls is beautiful, however the water levels are really low at this time.  I can remember being just a bit older then Josh when I used to swim below the falls just below where he is sitting in this photo. 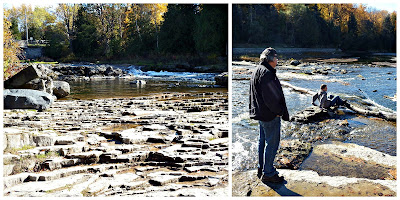 We were trying to get a Family photo .... after many many shots this one was in the running as one of the picks. 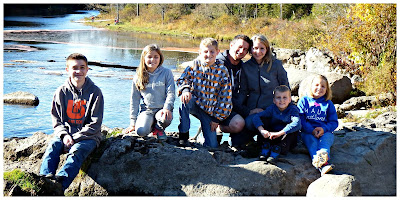 Not only the younger kids were having fun, as the older ones were making the most of having a bit themselves. 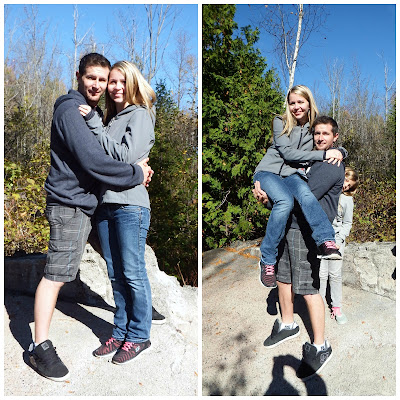 After we left Sauble Falls we headed down nearby Rankin River Road.  This is one of my most favourite roads to drive down this time of Year.  Any picture of it appears to be an oil painting you could almost step into .... judge for yourself.


Hopefully others see the beauty that I see .... 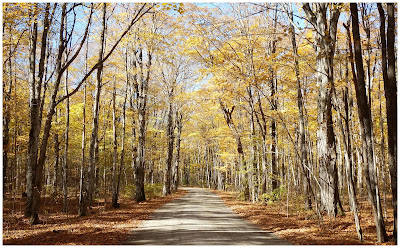 More fun while Poppa looks upon it all from not too far away. 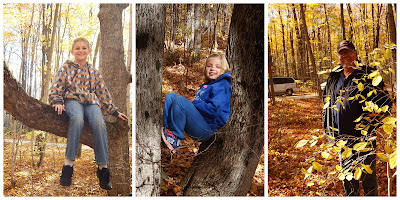 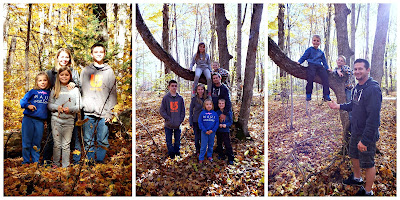 Yes it was not only a fun weekend, it was another memorable one.  The nice part was I had all the youngest kids, Chloe, Briar and Connor, drive along with me, and Poppa had to drive the big ones, Paul, Liz, Josh and Aiden, with him.  I am sure I had MORE fun then Rob with my crew.

They all packed up and headed out around 2 pm.  We tidied up a bit then headed off to Owen Sound, as Rob was returning the 50" RCA TV to Walmart that he had purchased Thursday as the sound was very tinny and awful.

We ended up spending a bit more money by purchasing a Samsung 58" SMART TV at Leons for less then a 50" would have cost us.  We have been told by more then one salesperson they only last 7 to 8 years in this "throw away" World we now live in, but I have my fingers crossed we at least get 10 years out of it at the cost of them now a days.

Surprisingly I had thought I would be wrung right out and tired to the bone, and I am holding up pretty good.  Think I will head off to relax in my bedroom to put my feet up and watch my "little" TV, while leaving Rob in the livingroom to watch his "BIG" TV, Just North of Wiarton & South of the Checkerboard.
Posted by Cindy@NorthofWiarton at 10/25/2015 07:41:00 pm