Yes I awoke at 1:30 am again, but this time gave into it by turning on the TV to watch some International House Hunters (my new I love to watch evening show, & Bryan's House in the Country).

It had been a crispy -16 without the wind chill this morning.  I think we only have had one day of January thaw so far.  I have always been by nature a morning person, as I never have wanted to miss any part of the day time.  When else would you catch such early morning beauty ...


The Sun barely awake over above Colpoy's Bay & Wiarton. 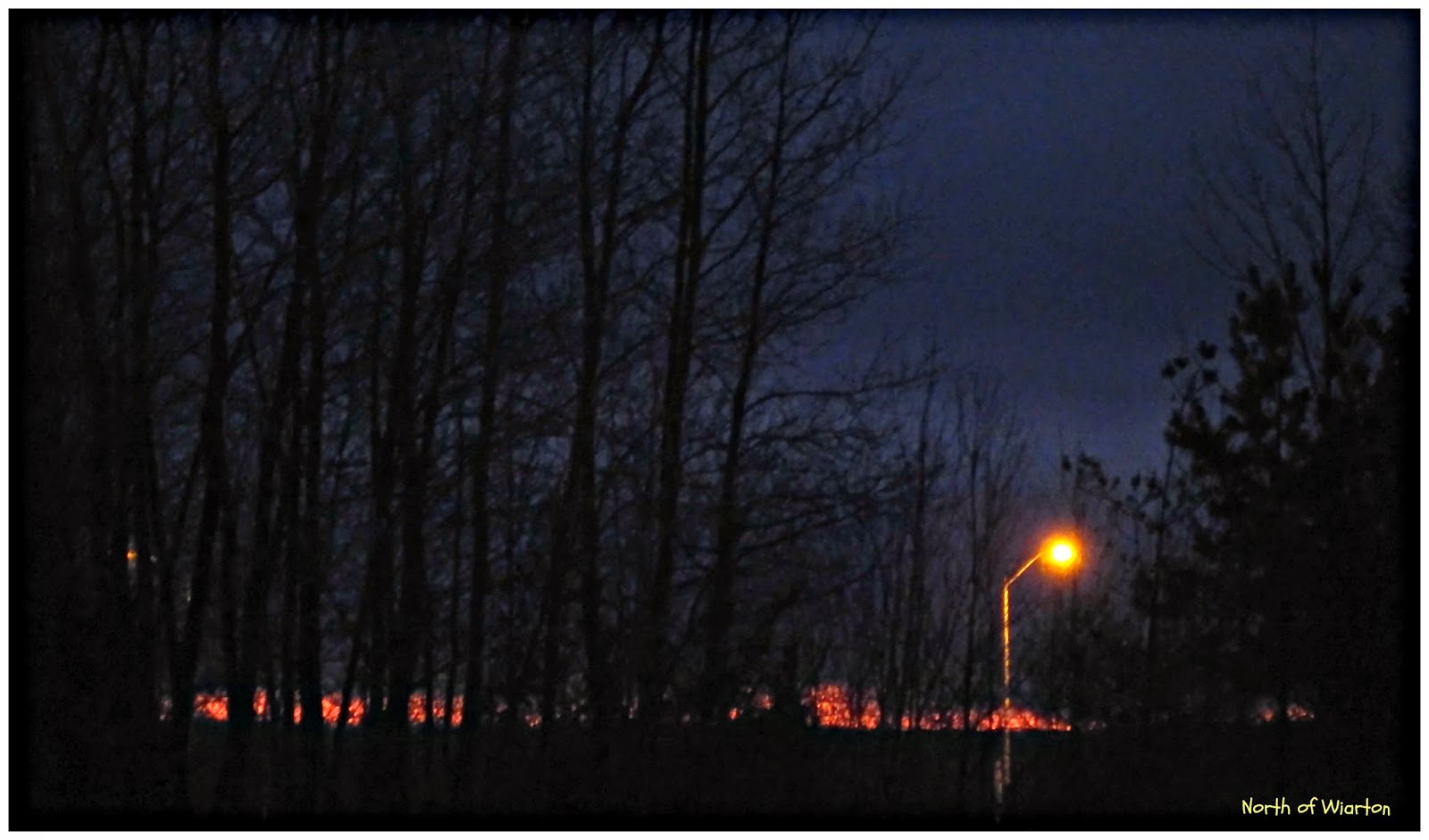 Almost a fully awakened Sun in the cold crispness of the morn with yet no warmth to sustain it. 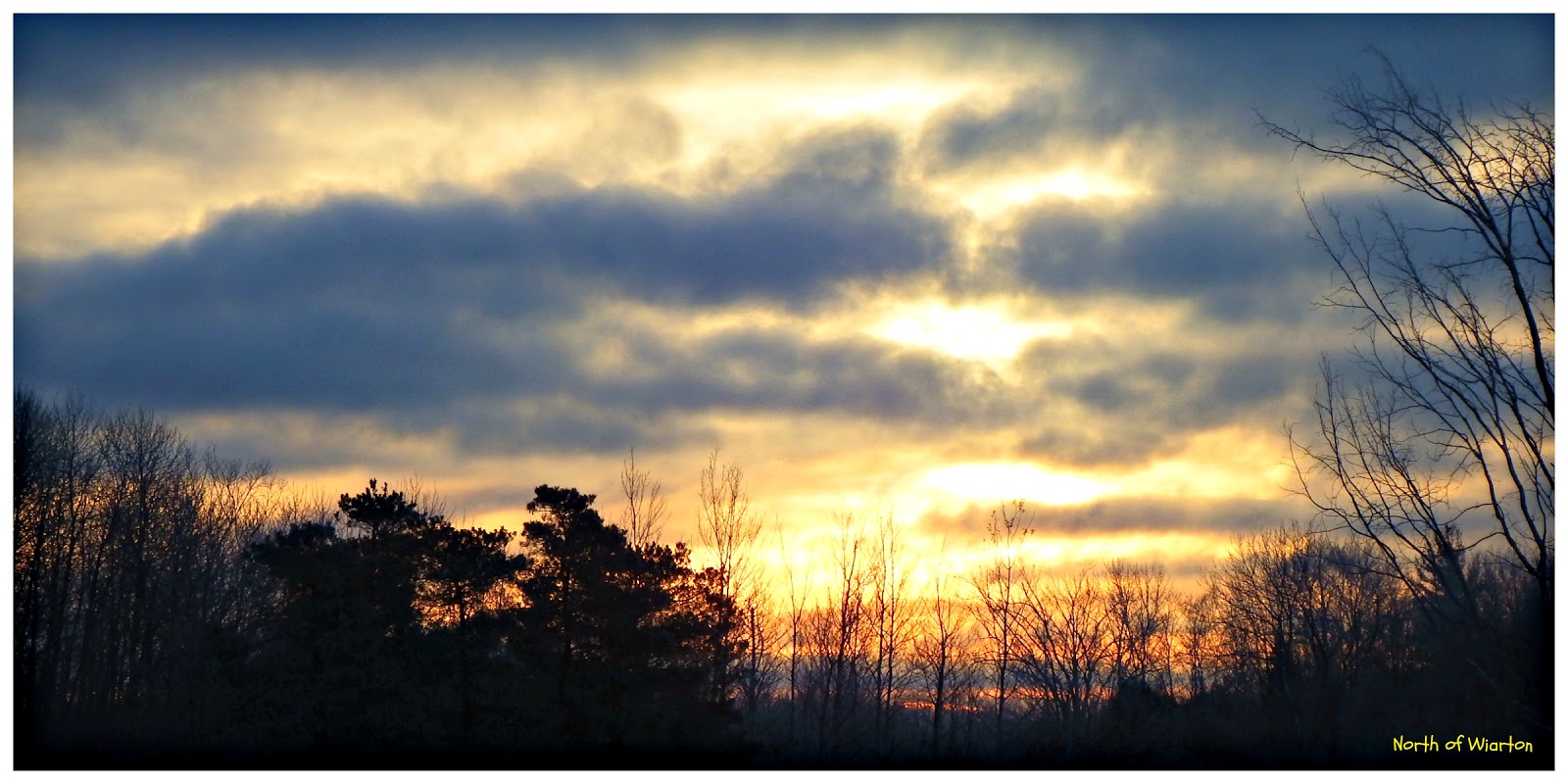 Also check out when I had attended the Festival last Year by going HERE & HERE.

People have no idea the planning that goes behind such huge events, and this is small compared to some World Events such as the Olympics !  Amazing how much planning and endless Volunteer works goes into them.

Once I had all my Aussie chores done first thing, then the Festive Five puppies all fed I had two meetings to attend this morning taking me up to well after the Lunch Hour.  I had just finished up my last meeting when my sister, Jeanne, had texted me to see what I was up to as her and Cecil were in town and would like to come see the puppies.  As it was the timing could not have worked out more perfect to have puppy visitors.


The little female pup being held by Cecil was thinking his beard was Mama and had other things on her mind other then cuddles.  We had a good laugh over that one. 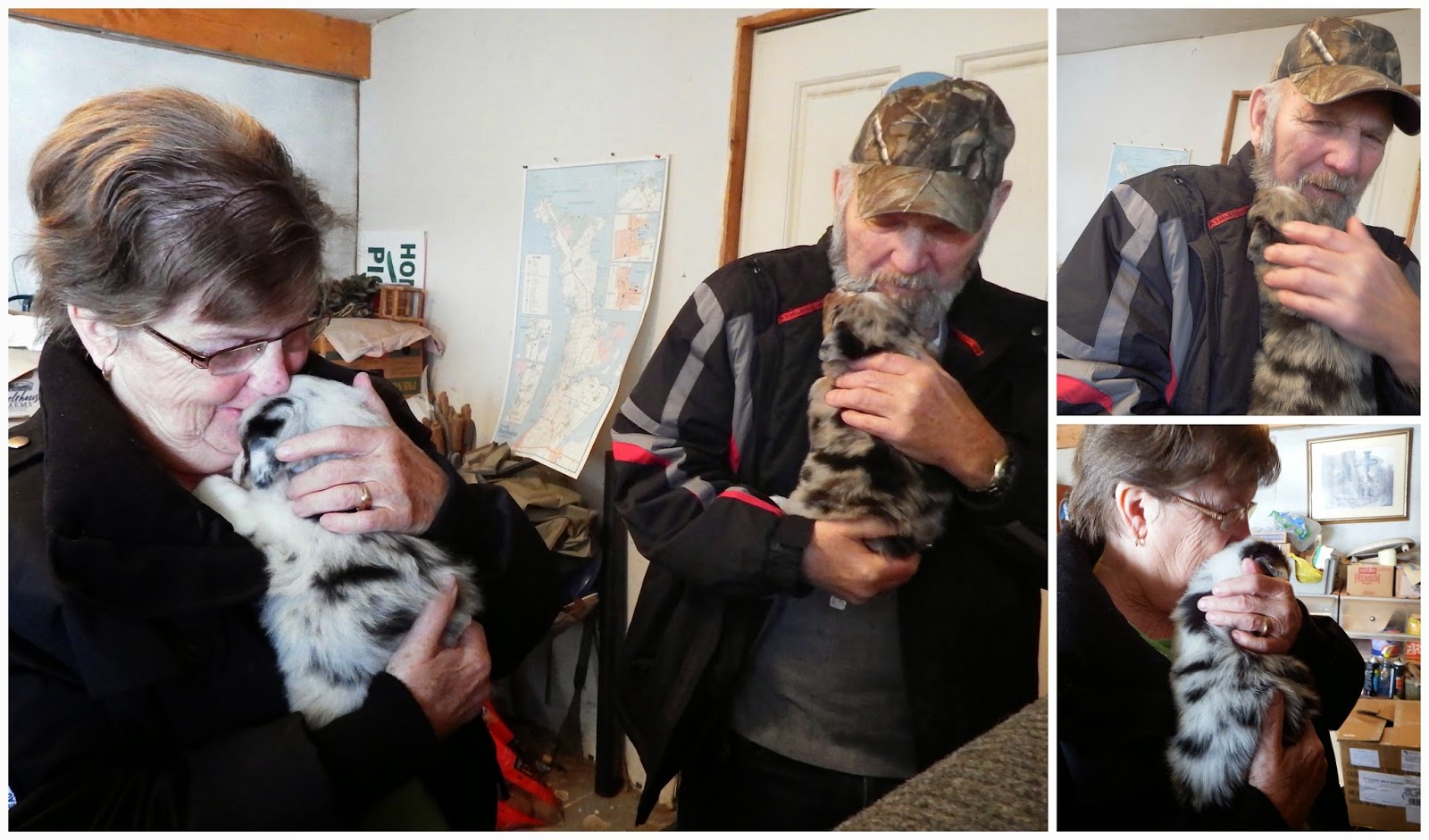 I sure was tired today, but go going on getting a small chicken in the oven to roast for our Dinner this evening.


I don't think many could pass up a Roasted Chicken Dinner with a side of Brown Rice and Turnips.  It was delish as usual. 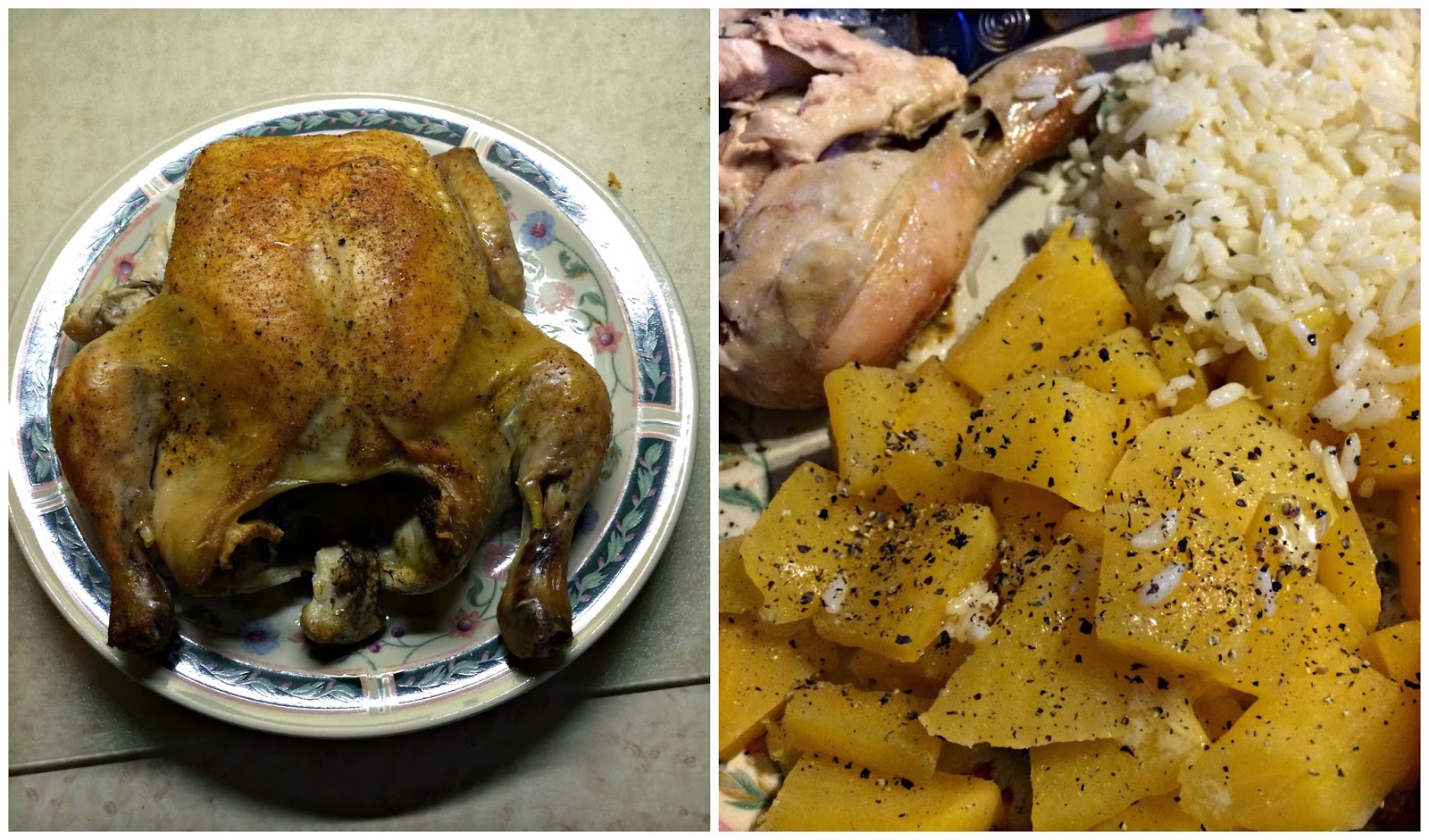 Oh yes last evening we had our Chamber of Commerce meeting held at The Berford Lake Tennis Club, who is owned by one of our Directors, and in operation for 24 Years.


It was held in his quite impressive Wine Cellar, and the spread was very welcome by all in attendance. 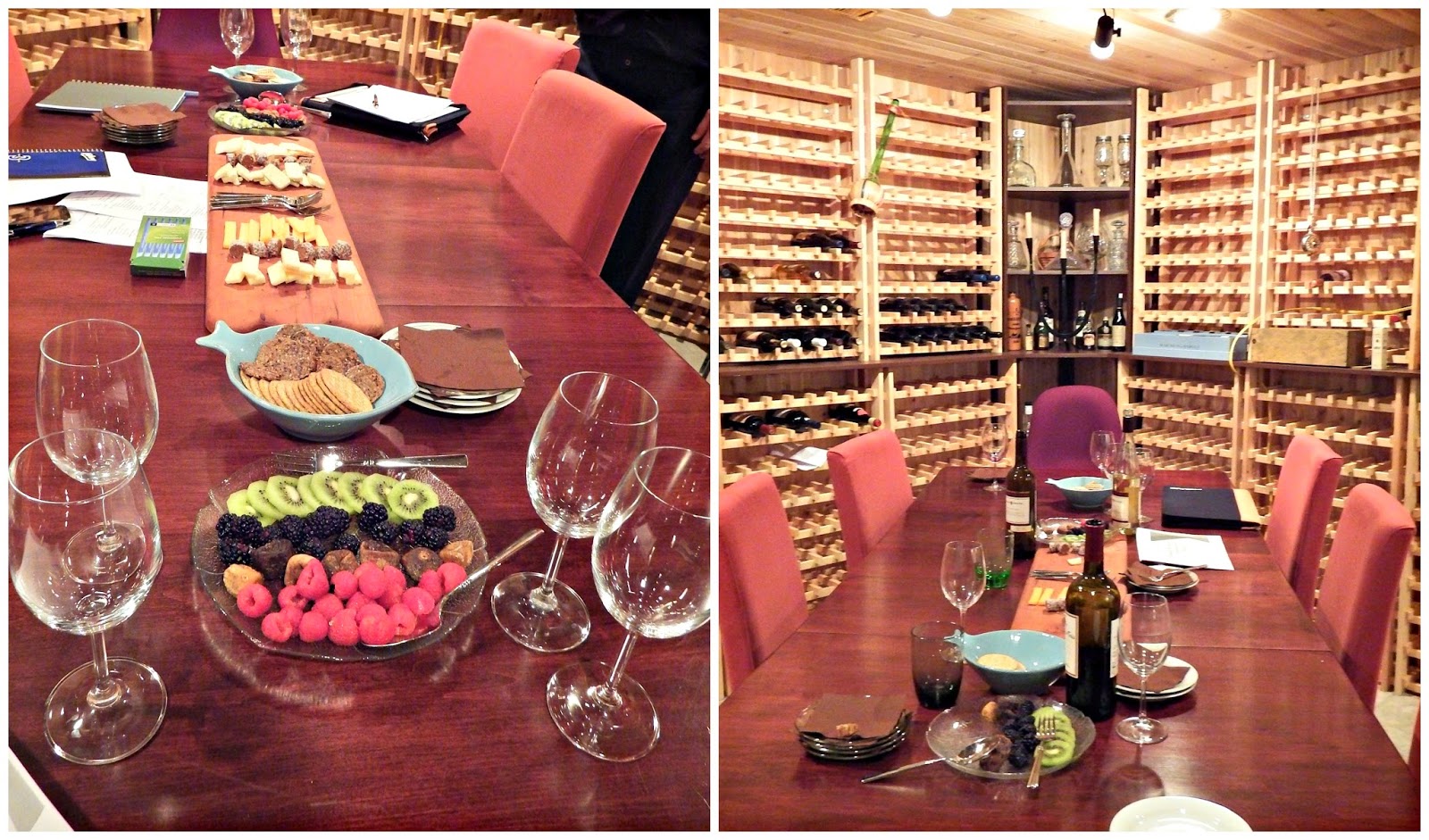 I passed on trying a bit of wine which had been set out, as I was so tired I am certain I would have landed flat on my butt had I and attempted to get up out of my chair.  Best enough to be left alone when already in a state of mindlessness is it not?

This, once again, almost mindless with fatigue gal is not going to be long off from doing her last Aussie chores for the evening then putting her feet up to watch a bit of TV thereafter, Just North of Wiarton & South of the Checkerboard.
Posted by Cindy@NorthofWiarton at 1/21/2015 06:50:00 pm