I awoke early to find my Crabby Cabbie was not yet home.  It was 3:30 am when I put the call into him.  He was out of town with a fare, thinking he would arrive back home by 6 am.  He arrived back home at 8 am and was bushed.

Needless to say I never got a dang thing done for fear of being too loud and waking him other then start the Wood stoves, feed puppies and have a revolving door with Aussies all morning long.  I shouldn't say nothing done, I did a few dishes up and cleaned the kitchen sinks, and that has to count for something.

As it was someone called at lunch hour and woke him anyhow.  He did get back to sleep after I had left for lunch.

There is a new restaurant downtown Wiarton, the Irish Cottage Kitchen & Alehouse.  A friend had invited me to lunch with her today as she had wanted to try it out, so off we went for a 1 pm lunch downtown.

It was the girl who served us first day there, and I must say she did an extremely excellent job, especially for one who had only worked at a McDonalds before which is completely different then waiting on tables.  The food? it was very very good.


My friend had the "special" which was a Shepherd's Pie made with Bison & Elk along with a draft beef (which was a very large glass), while I had the Lamb Burger, splurging with fries instead of a salad.  Our bill came to $44.00 which included taxes & tip, with an alcohol beverage, I thought to be very reasonable. 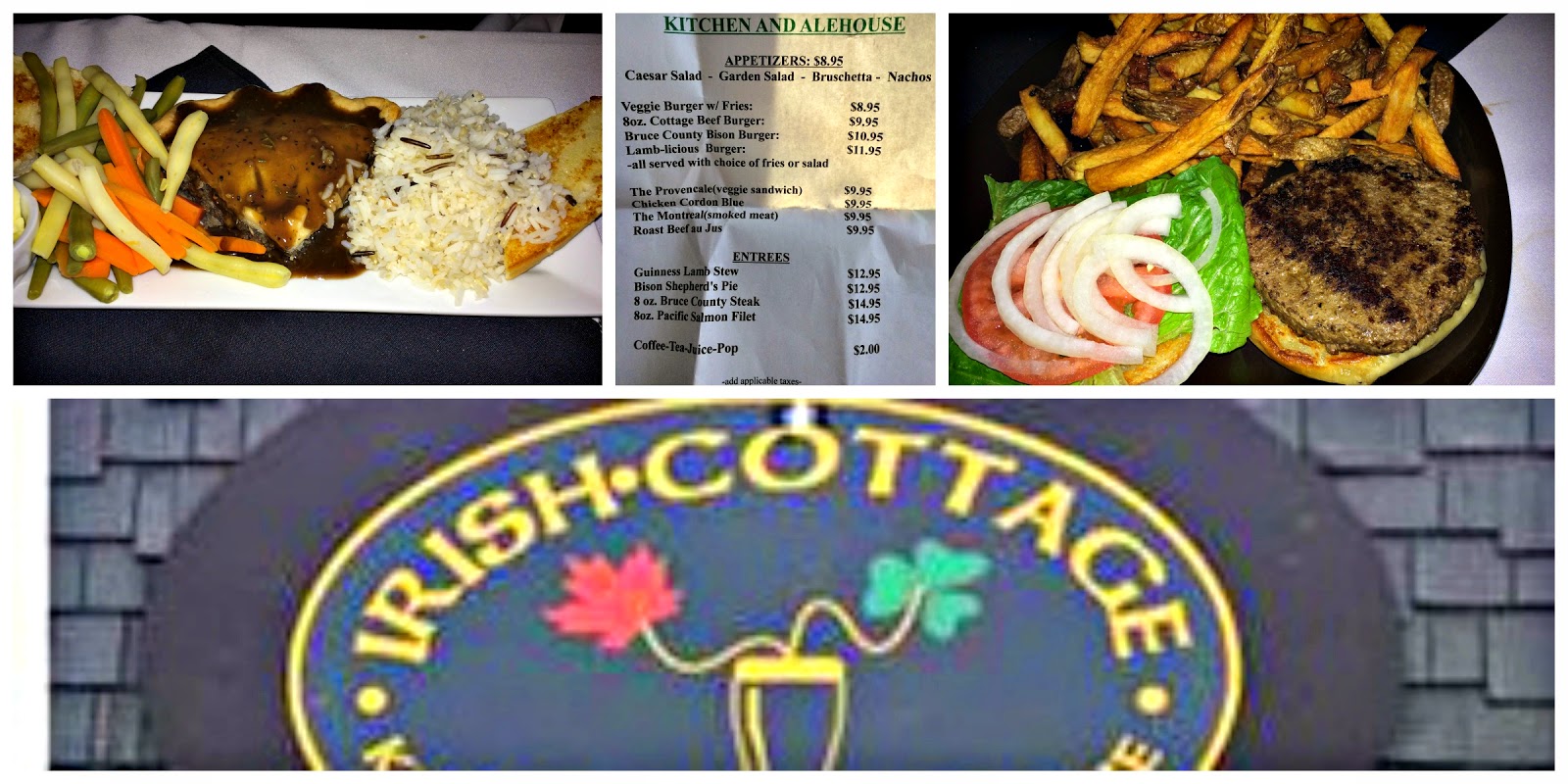 The Irish Cottage Kitchen & Alehouse is located downtown Wiarton, in between Pinkerton's Auto Supply and the TD Bank.  Part of the dining area is under renovations so at present the dining room is quite small, although there is sitting room at a bar on entering the Pub.  I think I would go back to try something else off the menu again, although the Menu is limited, and no desserts were available, however portions are large and desserts truly not needed.

I did get back home a little before 3 pm getting right into the nitty gritty of things by letting Aussies out, feeding puppies and looking after loading up two wood stoves.  Yes I am tired.

For some reason kids always seem to be at their worse behaviour when one is tired.  :Puppies are no different and Portia has been driving me nuts all afternoon.


Yesterday I had put all her toys in a box to keep her amused.  This distraction did not work today. 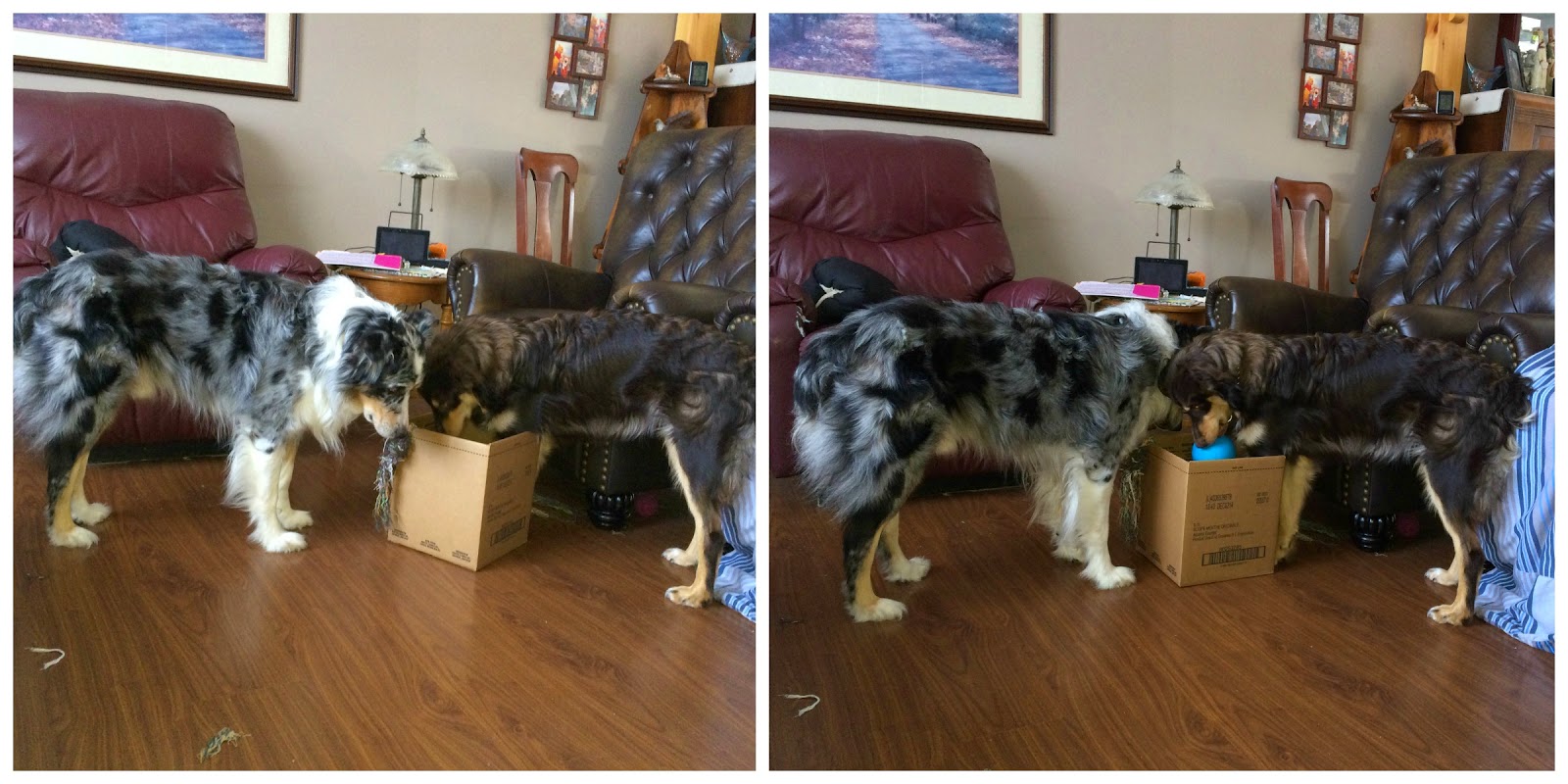 Bandit too was a bit on the demanding side.  This was him being "cheeky" last night as he had snuck by me with a piece of ice into the house.  Yes that is a real "cheeky" Bandit *smile* you are seeing there. 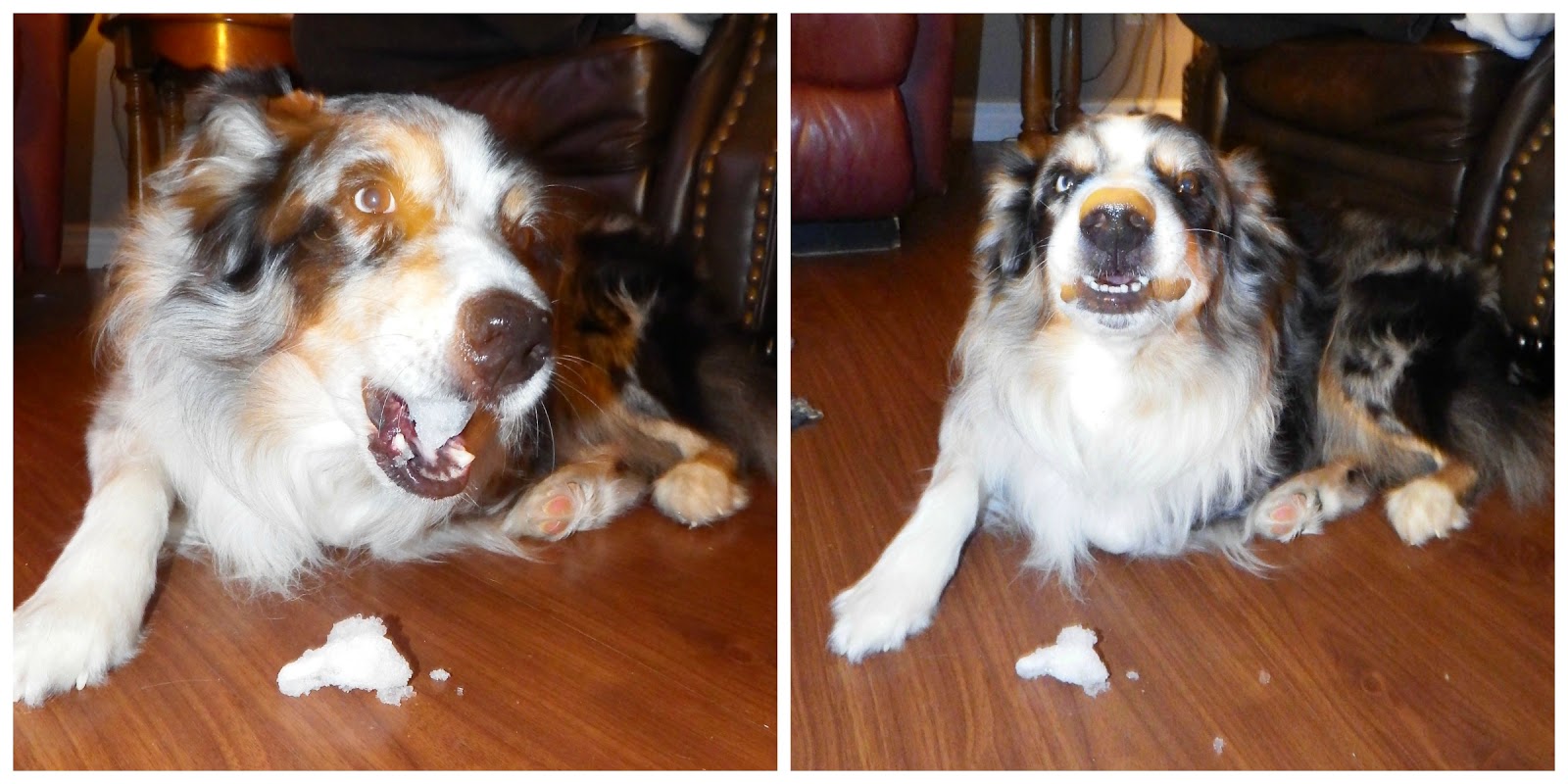 Rob is out on a call.  I am going to let everyone out and in again for the umpteenth time today, and hope Rob gets home soon and feels up to taking over for me when he does, Just North of Wiarton & South of the Checkerboard.
Posted by Cindy@NorthofWiarton at 1/25/2015 06:00:00 pm