Last night was the Christmas get together for my Mom's floor at Gateway Haven.  I was meeting my sister, Jeanne, and her daughter, Joanne, there at 6:30 pm.


I got all ready to "party" & very happily adorned a brooch that belonged to my Grandma Masterson.  Whoohoo when I arrived at Gateway to see the spread they had layed out it really did put me in a "party" mood !!! 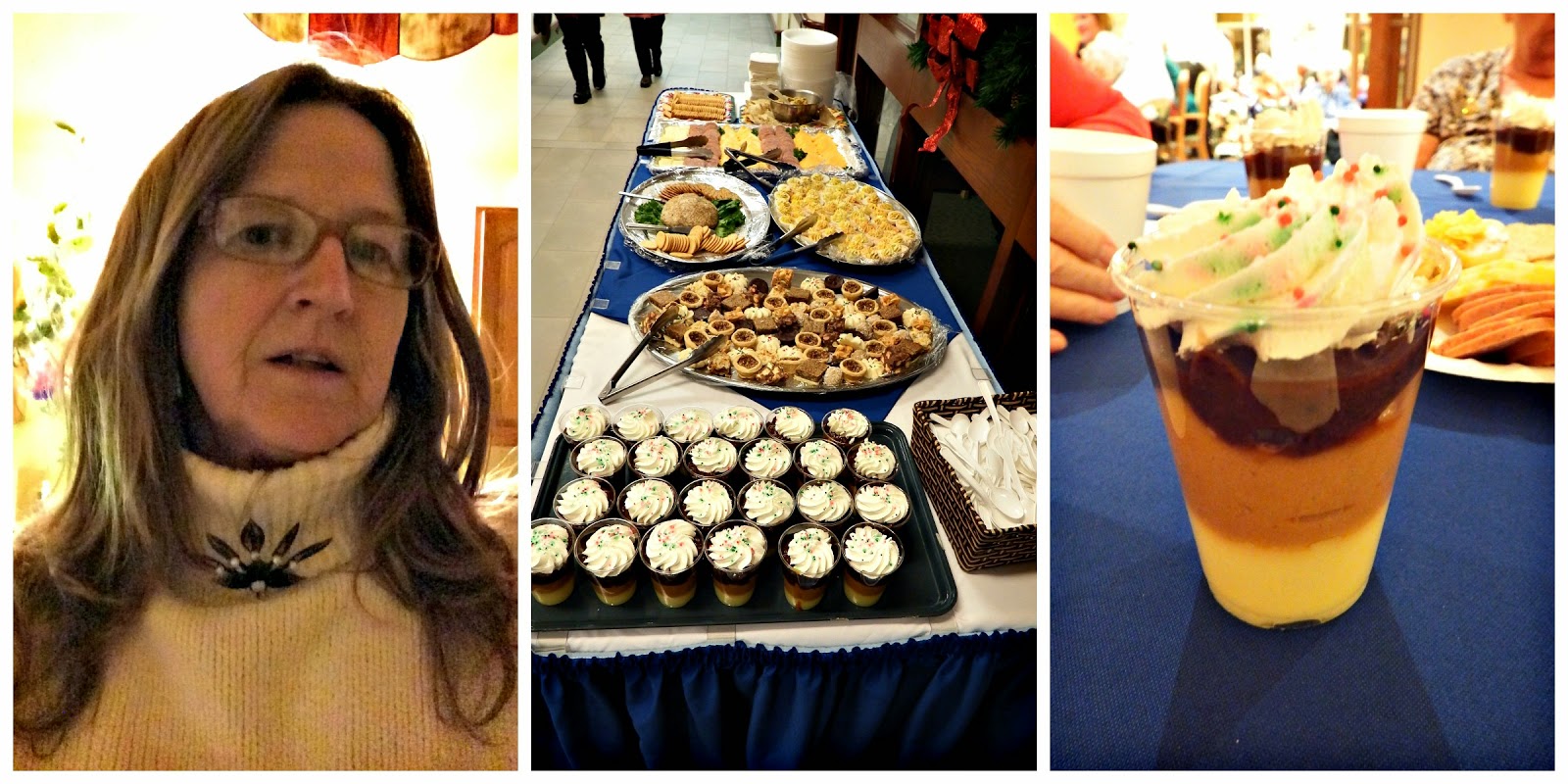 Mother had already been downstairs with Jeanne & Joanne.  Gateway Haven's Administrator, Charles Young, even had a photo with her.   He loves Christmas and was having a blast with all the residents and their guests. 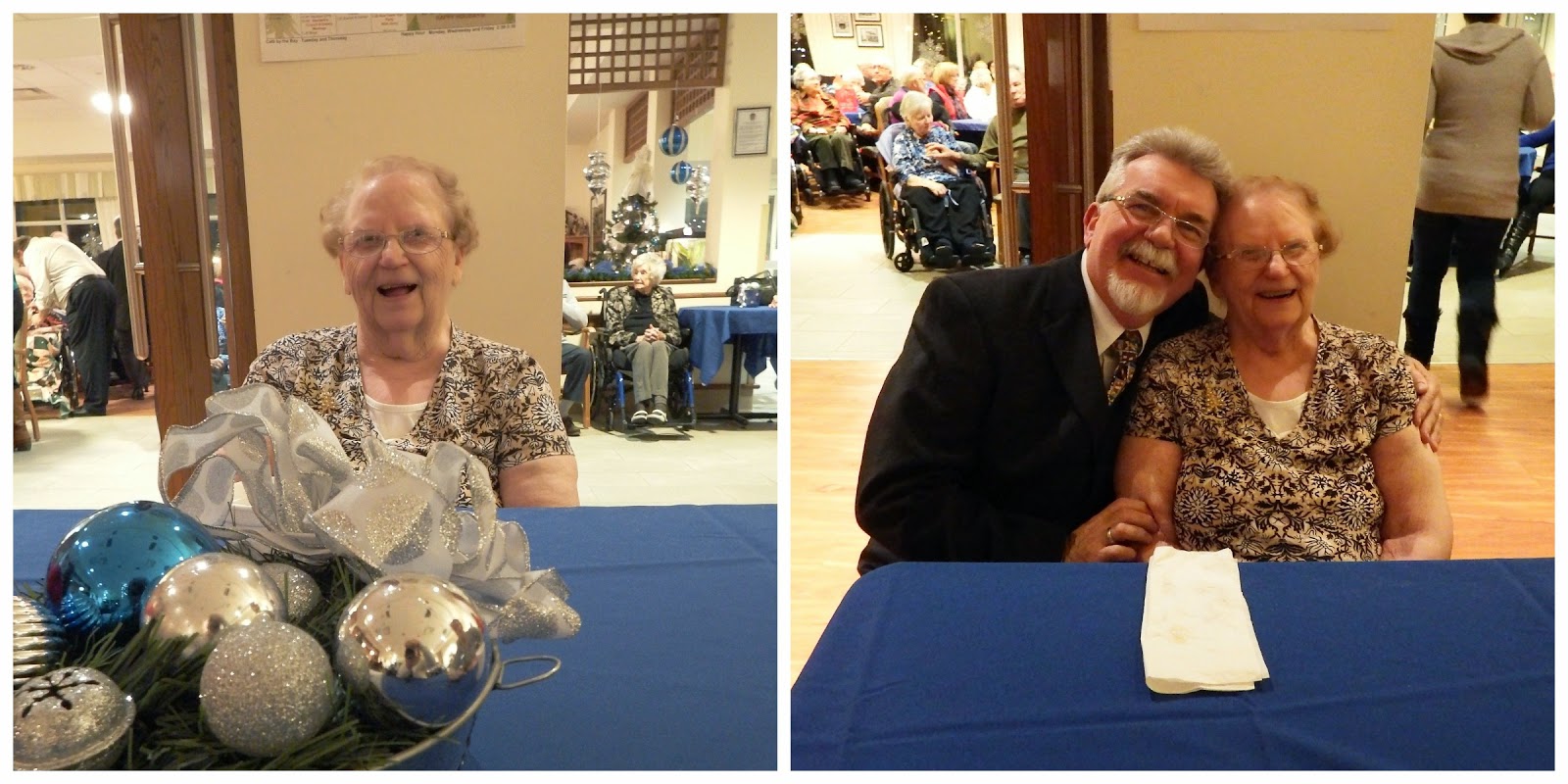 Yes even Jeanne & Joanne got into a silly party mood ... we had ourselves some family fun !!! 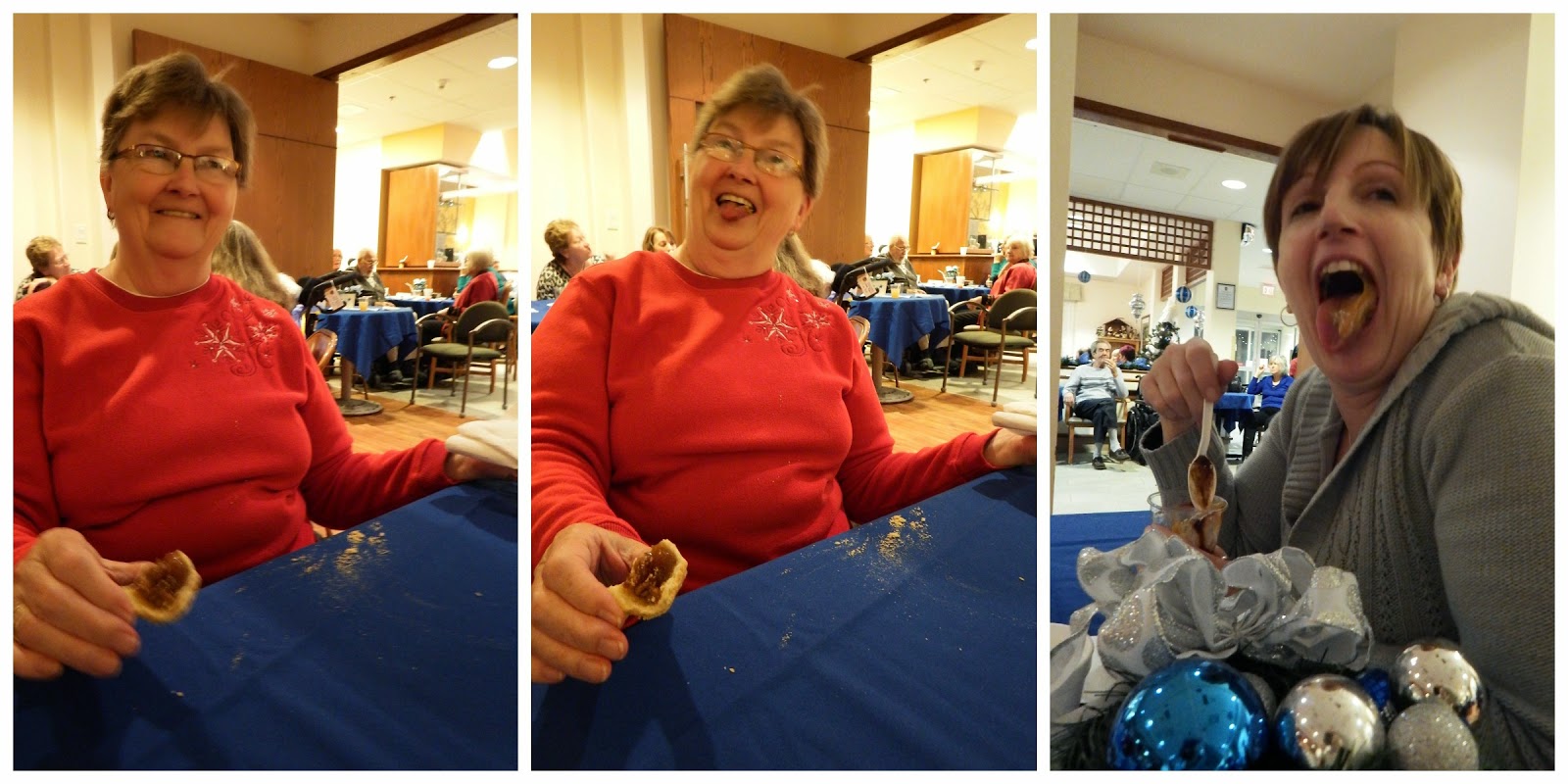 There had been entertainment and lots of good old fashioned tunes that you could clap or tap your foot to.  By 8 pm the party wrapped up and we took Mom back up to her room.  She was tired. 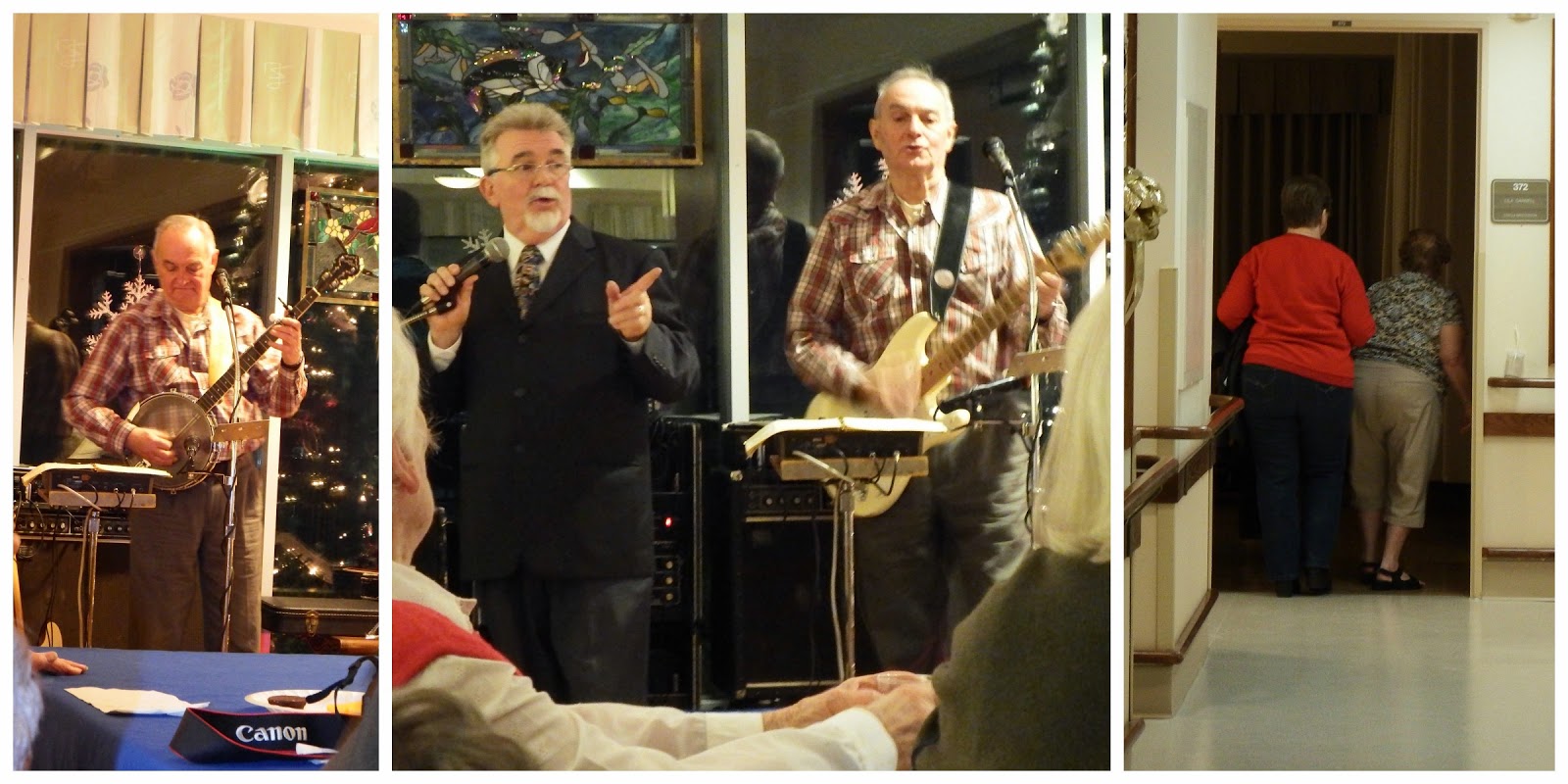 I went back up to see Mom today to give her a Christmas Card holder that Auntie Gladys had given her.  I hadn't much time for much of a visit, however long enough for a kiss and a promise of another longer visit next time around.

This morning I had called my dad's first Cousin, Bill Cutting, as his wife has been very ill the past couple of months.  I was calling to see if I could give him some relief so he could go out for a bit, however when I had called he told me June was no longer in pain as she had passed last evening.

A third loss of a family member in the past month.  My heart saddens for the losses our family has had to bear lately.

I called my family members to let them know of the upcoming visitation and funeral arrangements this weekend.  My brother called me back later to say maybe we could take a food tray over for Bill and his family from us.  This afternoon I made a large cheese tray, along with crackers, and Rob drove me over to drop them off to Bill.

It was very sad for me to see Bill's pain.  I felt his pain even though not to the depth he is feeling it.  June was a lovely lady, and she will be sorely missed by her family and friends.

Bill & June were best friends with a couple from Kitchener, as they themselves lived in Cambridge for years before retiring to Sauble Beach.  The couple, Doug & Bernice, with Doug being my Bank Manager for many years from when I lived in Kitchener at a young age of 20 years old.  A very small World our Worlds can be at times, can it not ?

The next few days will be very busy with last minute details to finish up with the Santa Claus Parade before it takes place Saturday evening at 7 pm, as well as dealing with our usual daily life.  There are days I am tired before the day even arrives, Just North of Wiarton & South of the Checkerboard.
Posted by Cindy@NorthofWiarton at 12/04/2014 06:13:00 pm