Another not so great sleep last night.  I am pretty certain Rob slept real well since he had no problems pulling most of the covers off of me all night long (reality? maybe only once).

I did manage to strip our bed, as well as do two loads of laundry and get them hung on the line.  It was on the cool side today, however the Sun had been out making it somewhat more pleasant.  I also got down to the Wiarton Farmer's Market to have a wee visit with my girlfriend, Abby.  We have plans to meet each other for Dinner at the Green Door Cafe Wednesday for Dinner, which we are both looking forward to.

Since I had been feeling a little under the weather, so to speak, Rob was kind enough to make us some scrambled eggs and toast for our lunch.  It always tastes better when someone else makes it, does it not?

This afternoon I made our bed up fresh, took all the dogs out and back in, thinking I would lay back my head to relax for a bit.  No sooner had I finished everything that thought had been soon squashed as I had to deal with some Crabby Cabbie phone calls on accounts, and then some emails.

Should the old saying, "No Rest for the Wicked" be true, I must be really really wicked, as we already know I am weary.

A few of my Life Recaps, the first being from last night to show who really is the "spoiler" in our family as in who ....


... spoils the dogs.  That would be Rob as you can tell by who is allowed up on the "old" lazy boy chair with him.  This will NOT be happening once the new chairs arrive.  We are actually keeping Bandit's chair for him, as we are not going to be teaching our Older Dog New Tricks, as we love him way too much to put him through that.
Portia sure was having fun being up with her Human Dad. 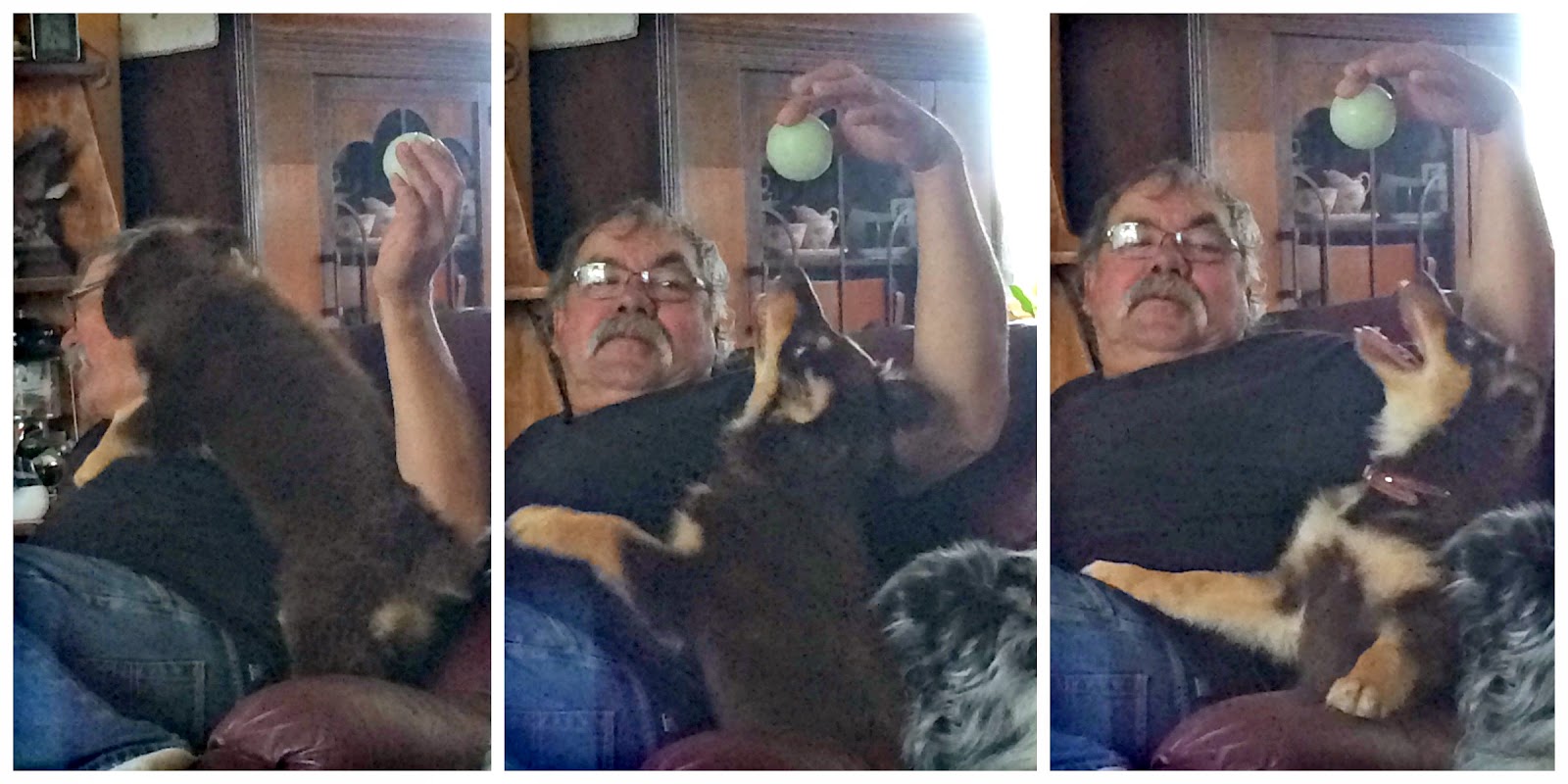 This was a young fox Rob and I seen loping up along the road this morning.  It was so terribly skinny with obvious signs it was starving.  My Heart when out for it.  It  had finally stopped across from us where it had found some chicken bones or something in the ditch left from someones garbage but already been picked over by a previous carnivorous. 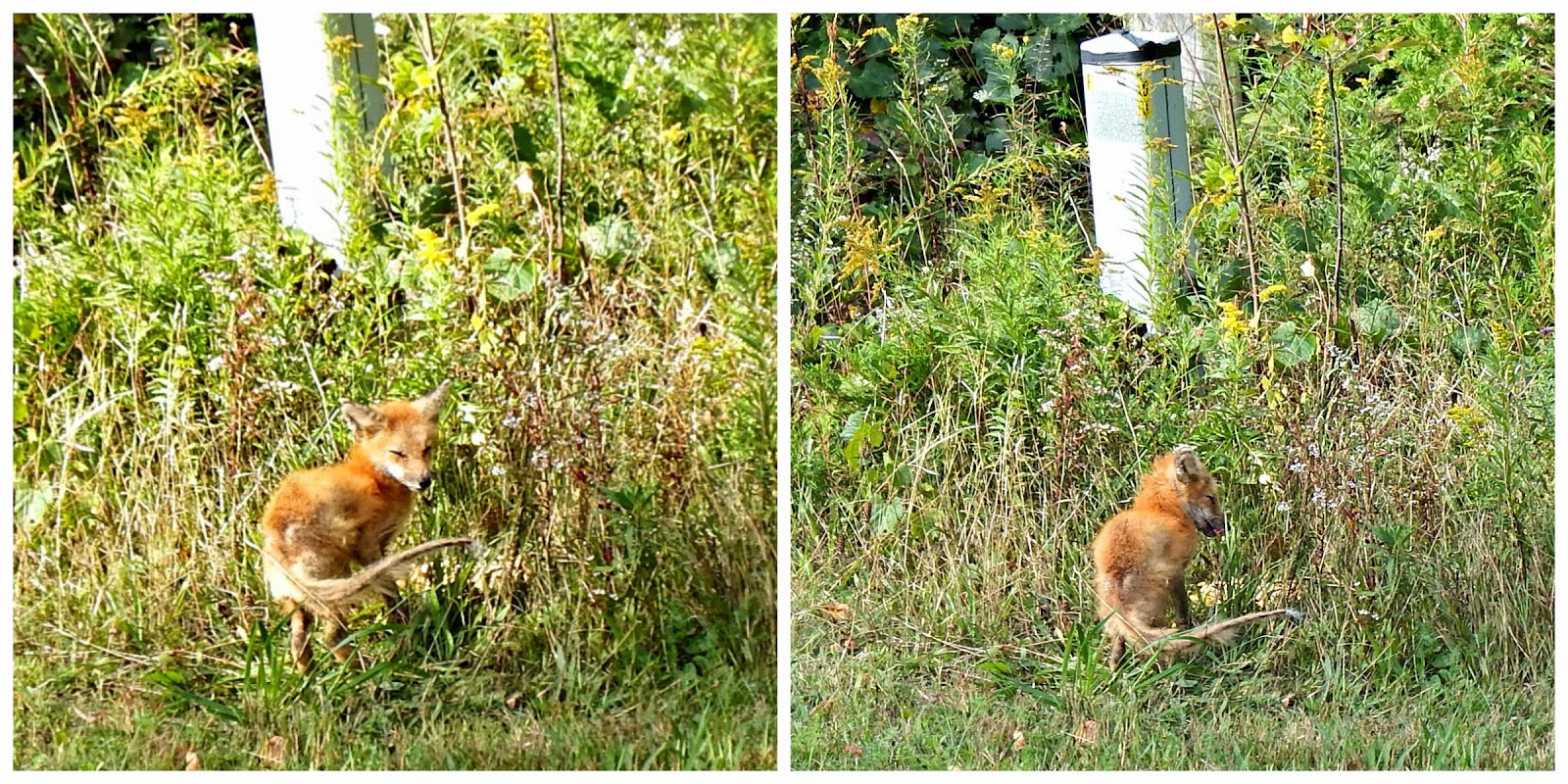 Lexus was having some fun with "fetch" with me while I was bringing in the laundry.  Portia has already been taught to sit and stay at the door until I go out first.  Bandit? he had to be retrained all over again, but really new what was expected of him right from the get go. 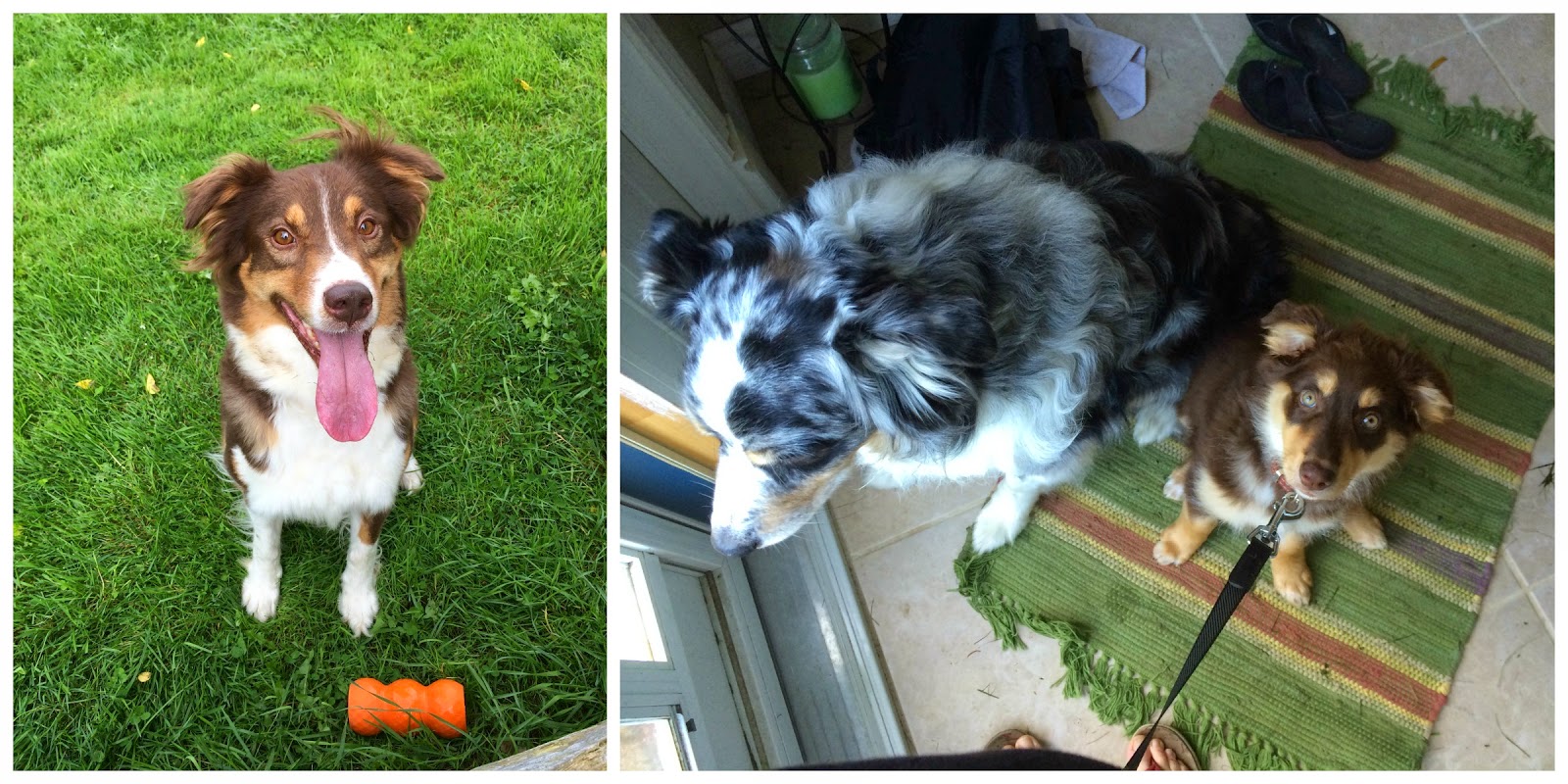 I was one happy gal today as I had a great feast of cooked Beets for Dinner.  Rob had also been over in Owen Sound today picking me up my favourite Gala Apples which are on sale this week at Food Basics for .88 cents a lb..  Great deal. 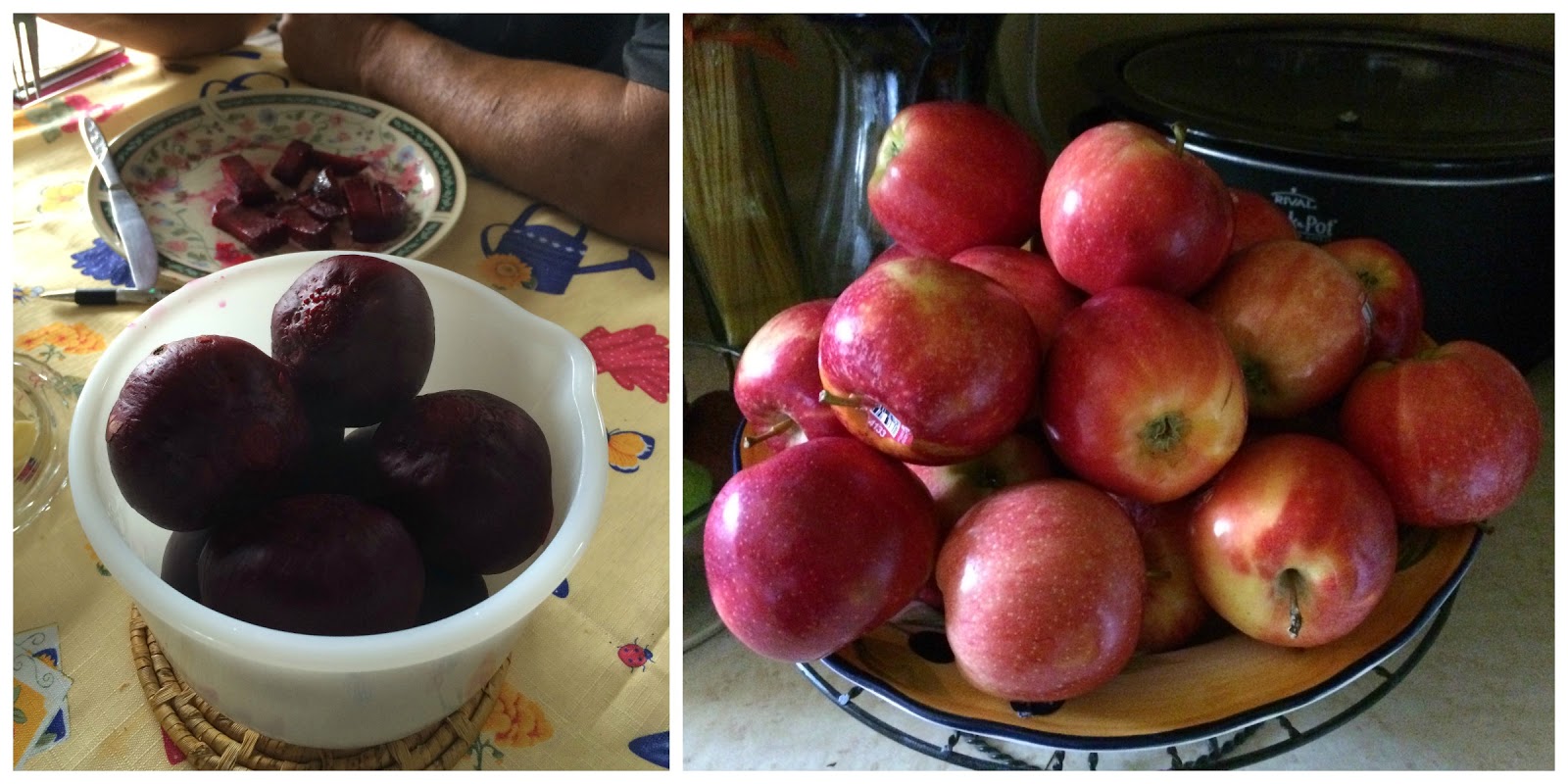 Here it is 8:20 pm.  Portia and Bandit have been playing tug of war for the past half hour, while Rob is back in the Lazy Boy chair watching re-runs of Two & A Half Men.