Once I finally was able to get to sleep last night I slept not too bad until 6 am, and Portia actually did until then as well ... YAY Portia with not barely a whimper til then.

Poor Rob had an older GPS in his vehicle last night which took him on a Wild Goose Chase wherein he ended up on a dark gravel road which was part of Winston Churchill Blvd.  He called me and I got up to google a map.  It wasn't too long before he was back on track, much to his relief, as he needed fuel being down to a quarter tank.  Needless to say when he finally landed back home he was even more relieved.

It was a crazy weather day here again with the torrents of rain coming down so hard you could barely see our bush line.  I was happy it hadn't been snow.  All day long, as most of Ontario I suspect, it had been a grey, wet, overcast day with rain on and off throughout the whole of it.  About 6:45 I think there was a small glimmer of brightness with maybe a strand of sunshine thrown in.

With the rain and the dampness comes pain and discomfort for me, and Rob too.  We were still both exhausted today.  Thank goodness Rob had an afternoon nap.  I drifted off for a couple of minutes sitting up on the couch, however thanks to Mr. Murphy's Law the phone ringing ruined that wee bit of shut eye for me.

Regardless if I get nothing else done, it is guaranteed I am on the run in and out more then before with the other three, as yes little Miss Portia is quite the piddler.  All owners of puppies should have shares with Bounty Paper Towels, "the quicker picker upper".


We have our hands full at some times throughout the day.  Bandit? he avoids her at all costs.  Truly though she is a pretty good and "normal" little puppy. 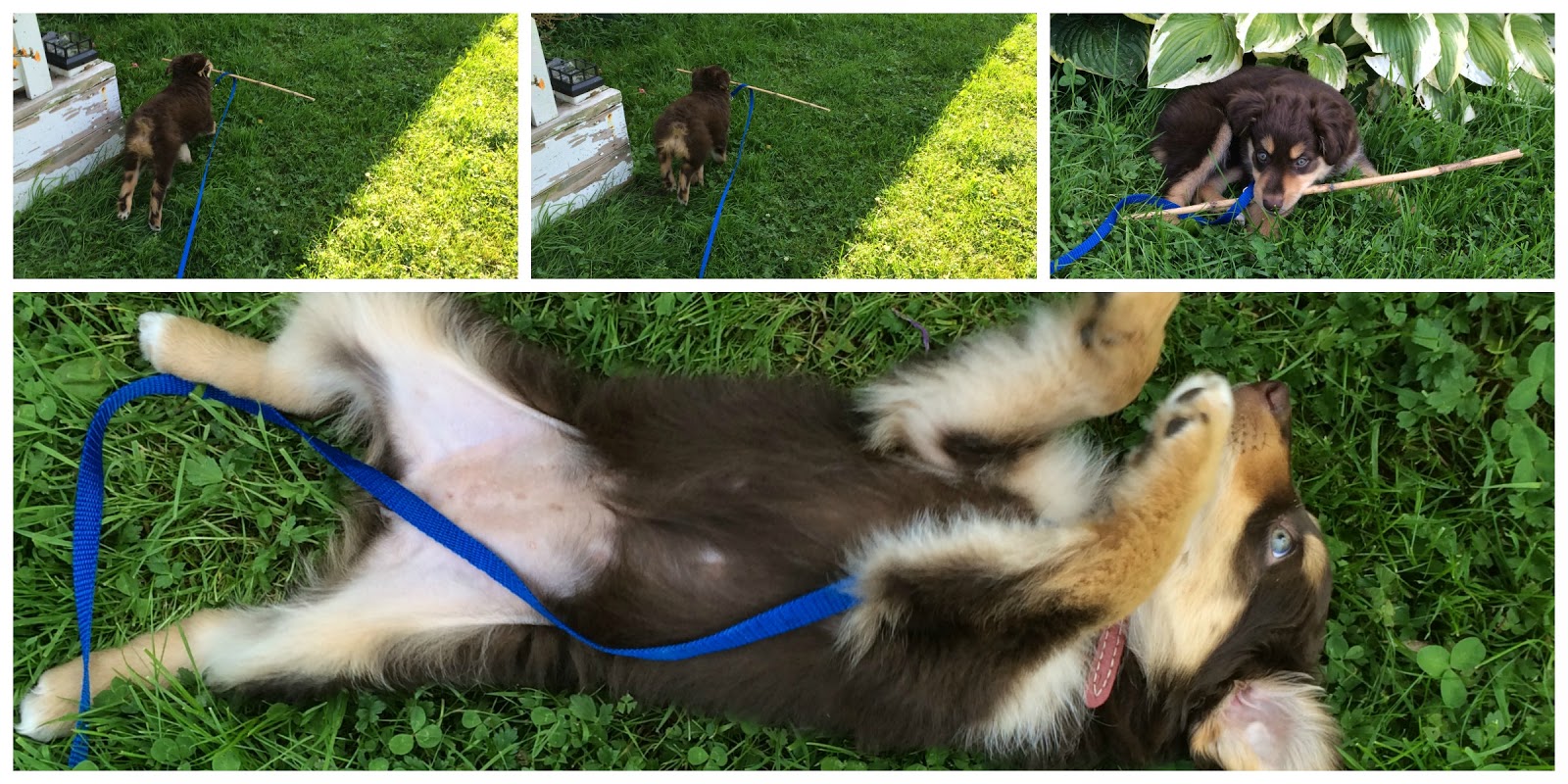 I think the best dog we had as a puppy with the Aussies was Mercedes.  She was very easy to house train.  Bandit was also very good when it had came to potty training.

You know what I am really really missing this Summer?  my fresh Beets & Beet tops out of the garden.  There was nothing like going out every day to pick fresh for Dinner.  Maybe next Year I will dig up a spot just for Beets.  Out of the whole veggie garden that is what I truly miss the most, and watching the Sunflowers grow.  Six Sunflower plants came up on their own so I will still be able to see that happen.

Dinner was most yummy again, as Rob picked up some Farm Fresh Corn on the Cob (again) from our neighbours, Solway's Farm Garden, and we had another good feed of that along with some oven baked fish.

My poor Rob has to go out again this evening til the wee hours of the morn, and hopefully I get a fitful sleep this evening, Just North of Wiarton & South of the Checkerboard.
Posted by Cindy@NorthofWiarton at 8/16/2014 09:06:00 pm