A Bit Of A Gluten Today

Today the last two female puppies left for their Forever Homes.  Blu headed over to Paisley & Mayc to Markdale.  We have some pretty happy Forever Families x 8. 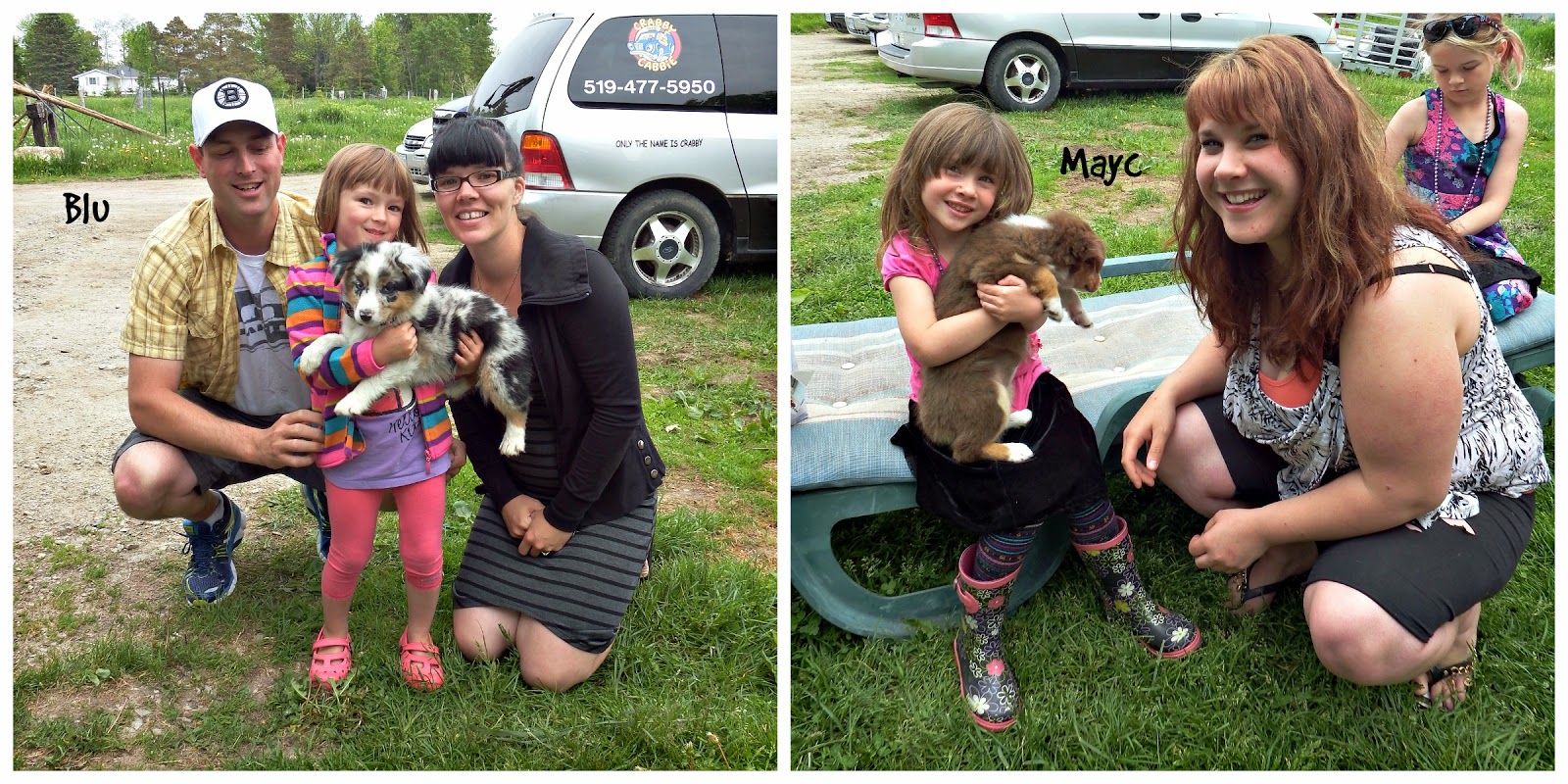 The railings around the deck never did get stained today, nor did the Gazebo get put up.  Both Rob and I were totally exhausted, and truly could have both slept the afternoon way if we were allowed such a luxury. 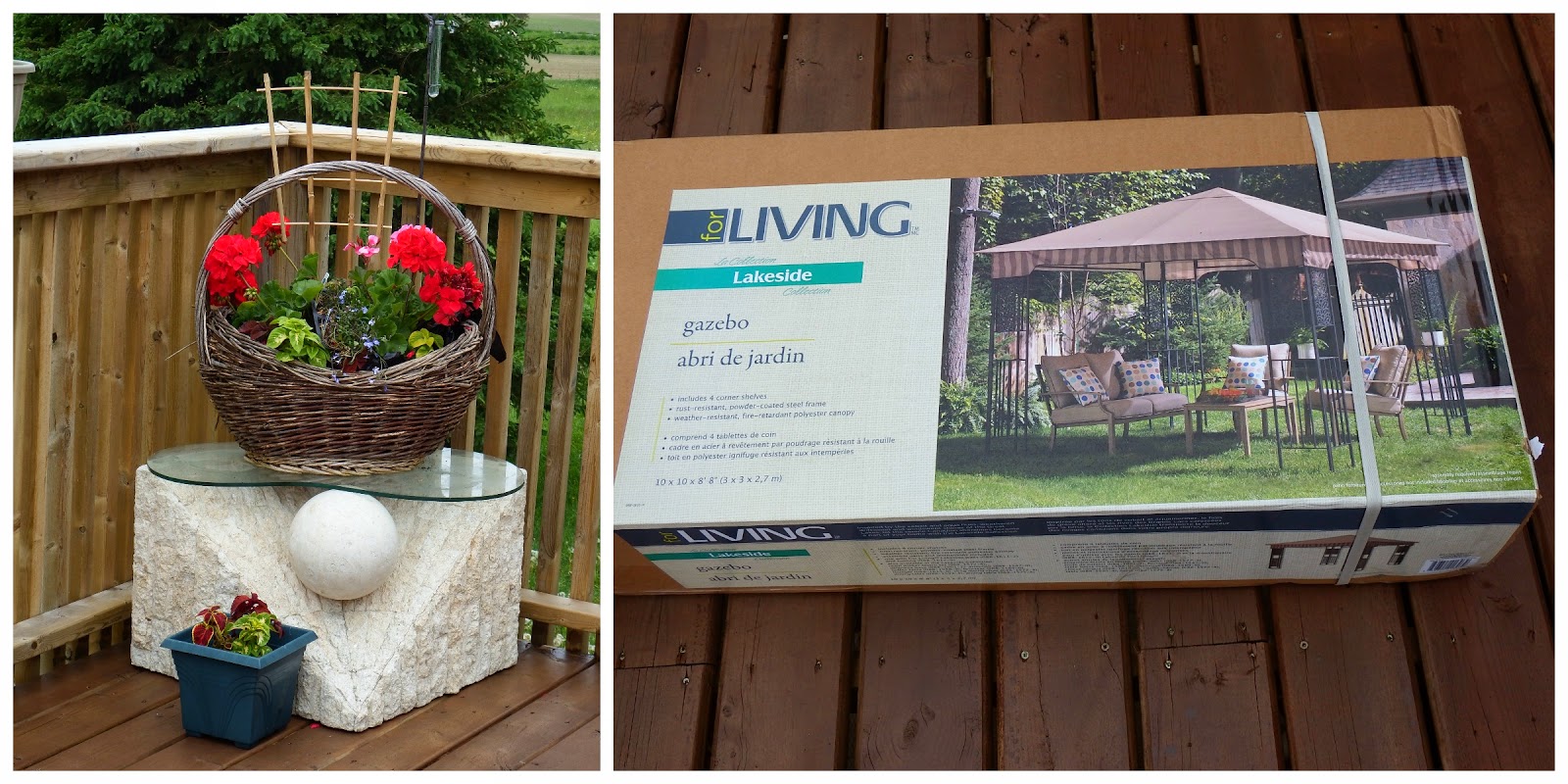 Mid-afternoon Rob was called to go over to Owen Sound.  Since we had made Dinner plans with friends at 6 pm, we decided to both head out together at 3 pm.  We first stopped at the Wiarton Home Building Centre to pay for our new bedroom window, and also order lumber for the deck at the side of our house, which is in very poor repair after years of wear.

After Rob made his drop in Owen Sound we did a bit of shopping, however had an hour to put in before meeting our friends at the Harrison Park Inn Restaurant.  We decided to take a bit of tour to see the birds in the park.

This Muscovy  Duck was having itself some enjoyment in bathing itself.  Handsome is he not? 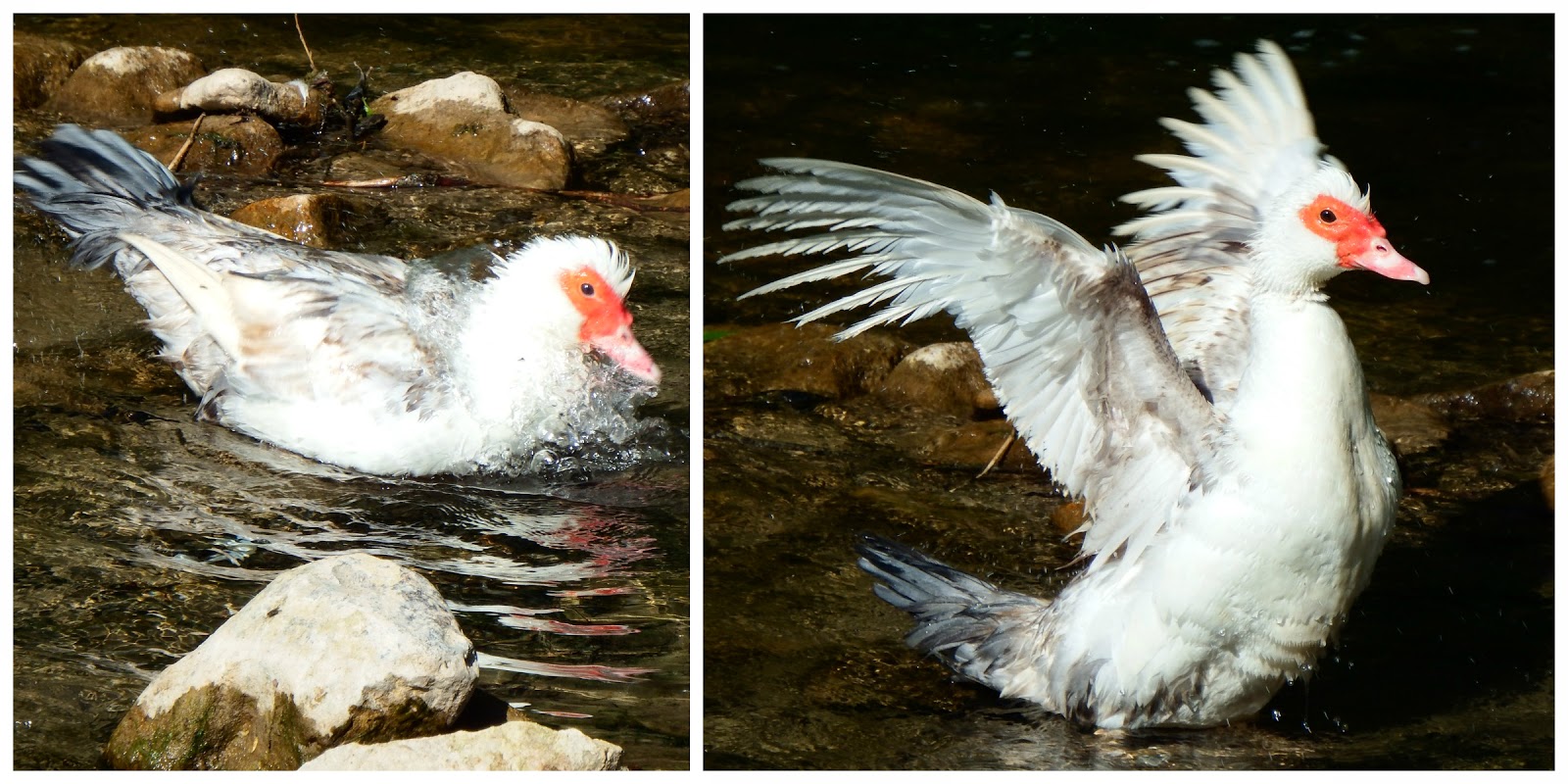 Rob went to the Quarter "corn" machine so he could feed some of the fowl birds.  They did not seem to overly hungry, and I suspect they are well feed at all times over and beyond the corn machine. 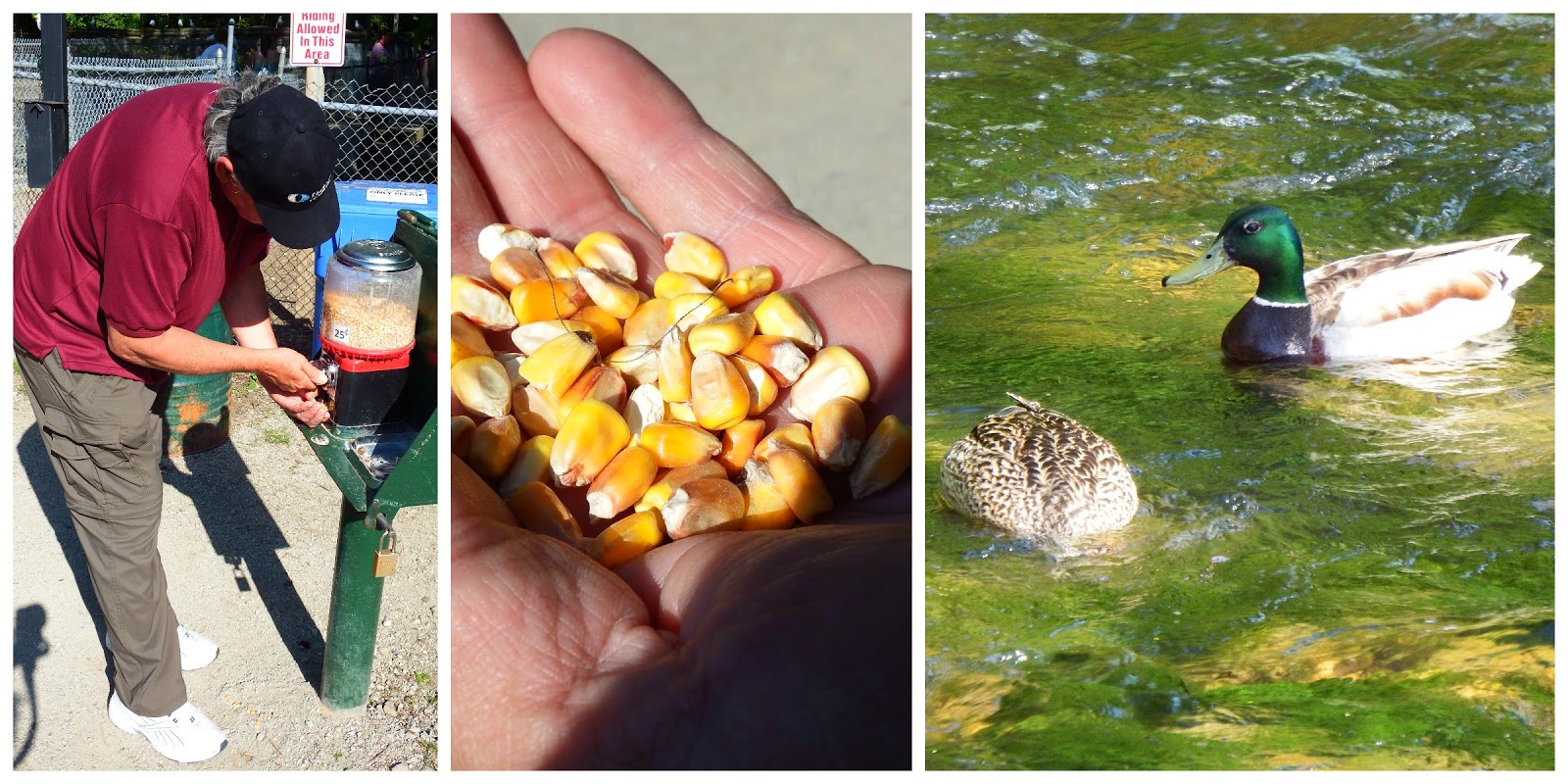 Not only were there White Swans, but Black ones too, along with Black Squirrels who had been enjoying the corn as well. 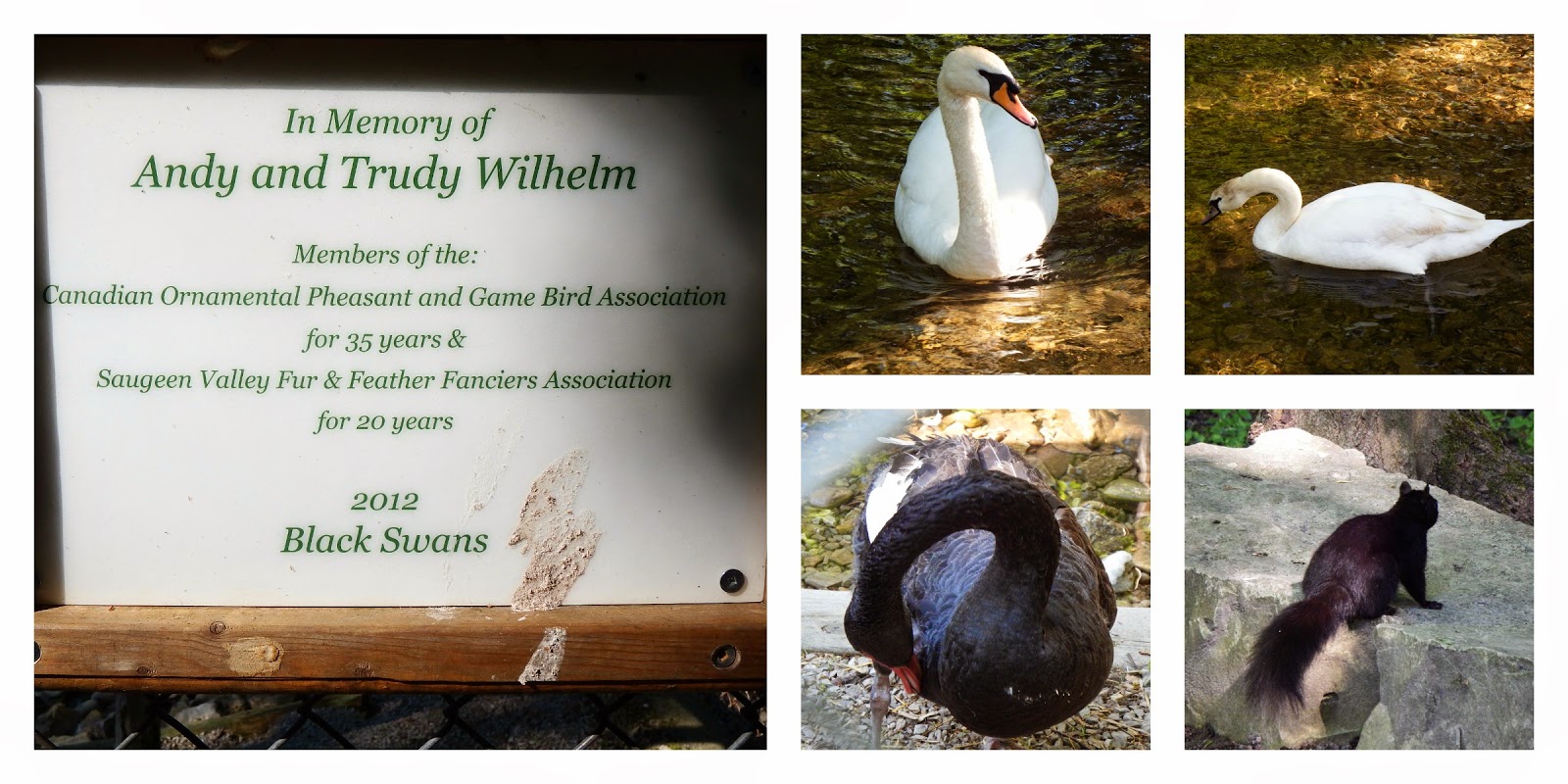 Among the exotic Pheasants there were also Peacocks.  Beautiful birds are they not? 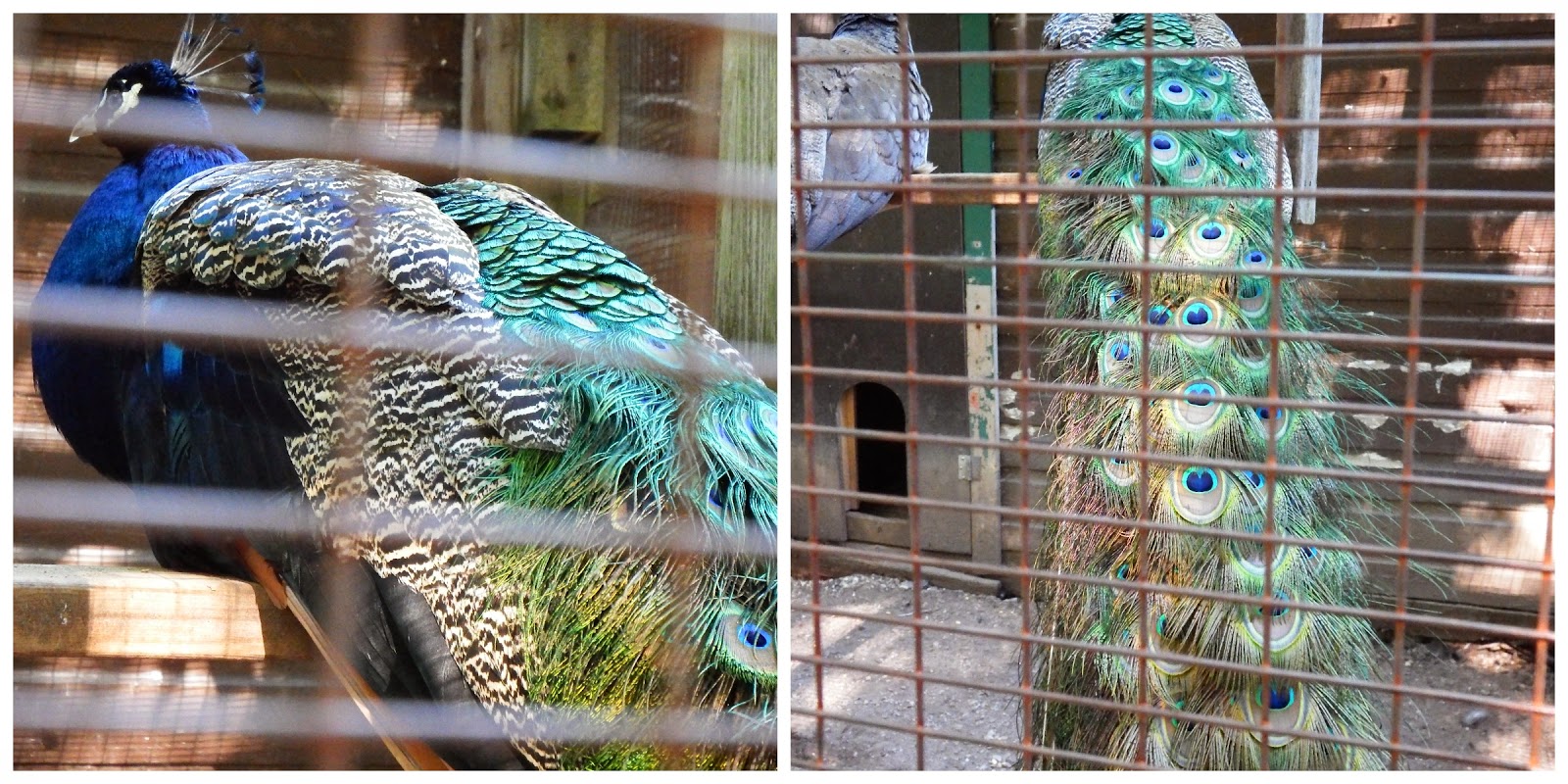 We had finally met up with our friends for Dinner & had a wonderful time with Sharon & Mike, and Jim & Karen.  The homemade burger looked totally "to die" for, however I enjoyed my plate of Liver & Onions.  Dessert?  I do not care for Coconut, however Mike had himself a nice slab of Homemade Coconut Cream Pie, while I was a gluten by having the Deep Fried Ice Cream ... truly to die for as well, however after a full meal something that should be split 4 ways, not for just 1 person.  I blew my curbed eating right out of the water this day ! 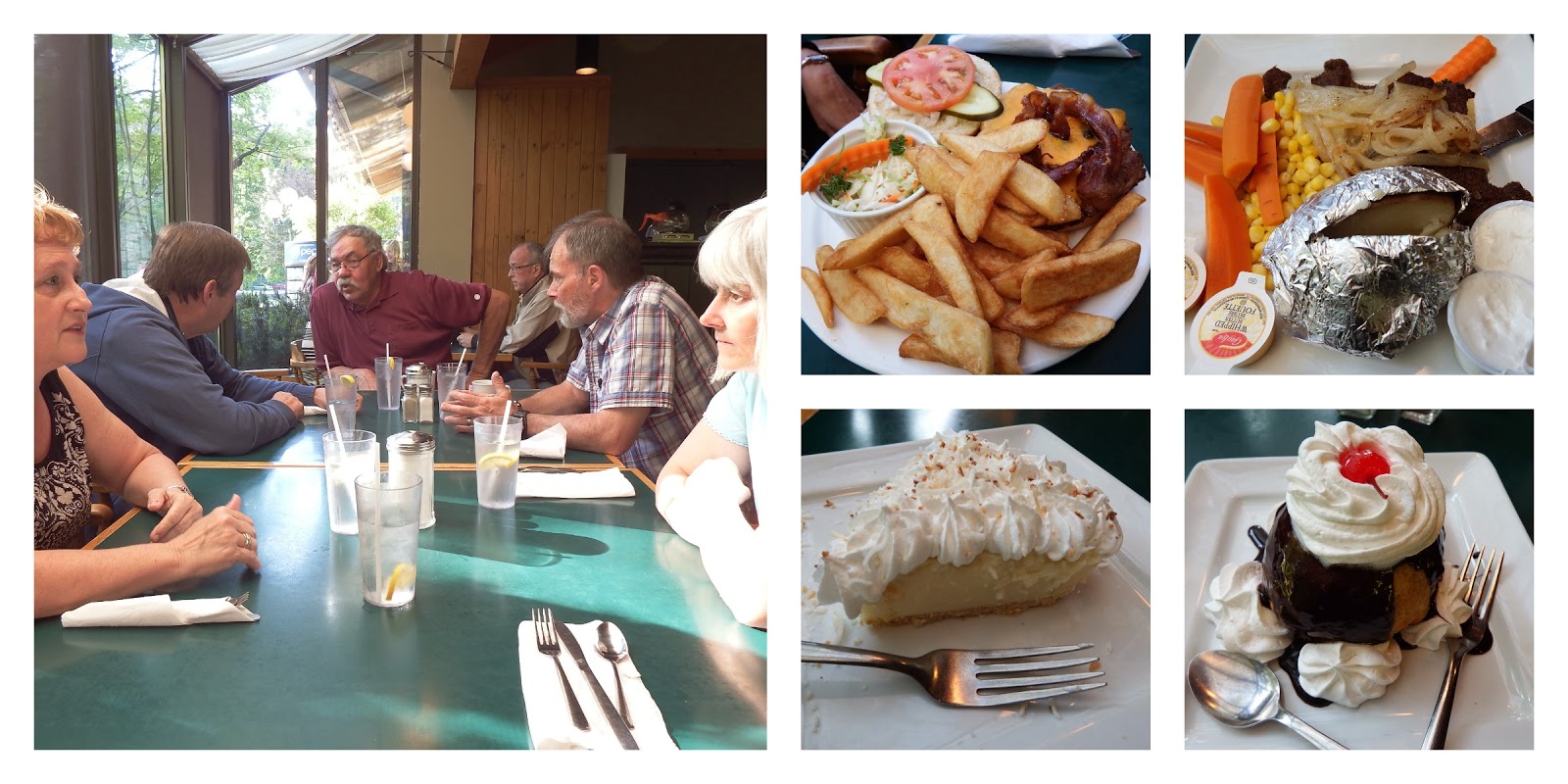 Dinner was exceptionally good as was the Company we were in.  It was a nice treat for Rob and I to go out with others, rather then just ourselves, for a change.  Thanks Sharon, Mike, Jim & Karen !  we will have to do it again sometime.

Yes both Rob and I are still both exhausted.  For that matter Rob has already gone to bed, and me?  I will be joining him very shortly here, Just North of Wiarton & South of the Checkerboard.
Posted by Cindy@NorthofWiarton at 6/08/2014 09:14:00 pm