A Bit Of A Scare

Before bedtime last night I thought I would have one of the large naval oranges Rob bought for me (and the Oriole if it ever returns).  Not long after I had eaten it my lips began feeling very tight, then my left side of my face began feeling tight with my eye running slightly.  Thinking I must have touched something out on my walk, even though my hands had been washed a couple time since, I thought nothing of it and went to bed.

I had almost been into a deep sleep when not being able to swallow woke me right up.  I panicked thinking I needed to get to the Hospital.  Rob ran to get me water which I got down.  I took an allergy pill and tried to lay down again.  Once again I could not swallow.  Sitting up I managed again to swallow my saliva, finally getting to sleep sitting up in bed.  The allergy pill must have worked as I had been laying back down when I awoke this morning.

Later this morning I had another orange.  I can not believe I now have an obvious allergy to oranges as the same thing happened again.  I felt so ill, again with my left side of my face feeling numb and slightly swollen lips.  Once again I popped an allergy pill which took a couple hours for it to work.  I am happy I have an epipen in my purse, just in case I need to buy myself some time if I take a severe reaction ever.

Yes I had felt it had been a bit of a scare, especially when I could not swallow.

Later today Rob and I been pleased to look out in our back field to see ....


One of the Cranes had been back.  It had been quite amusing to watch a bird this size preening itself. 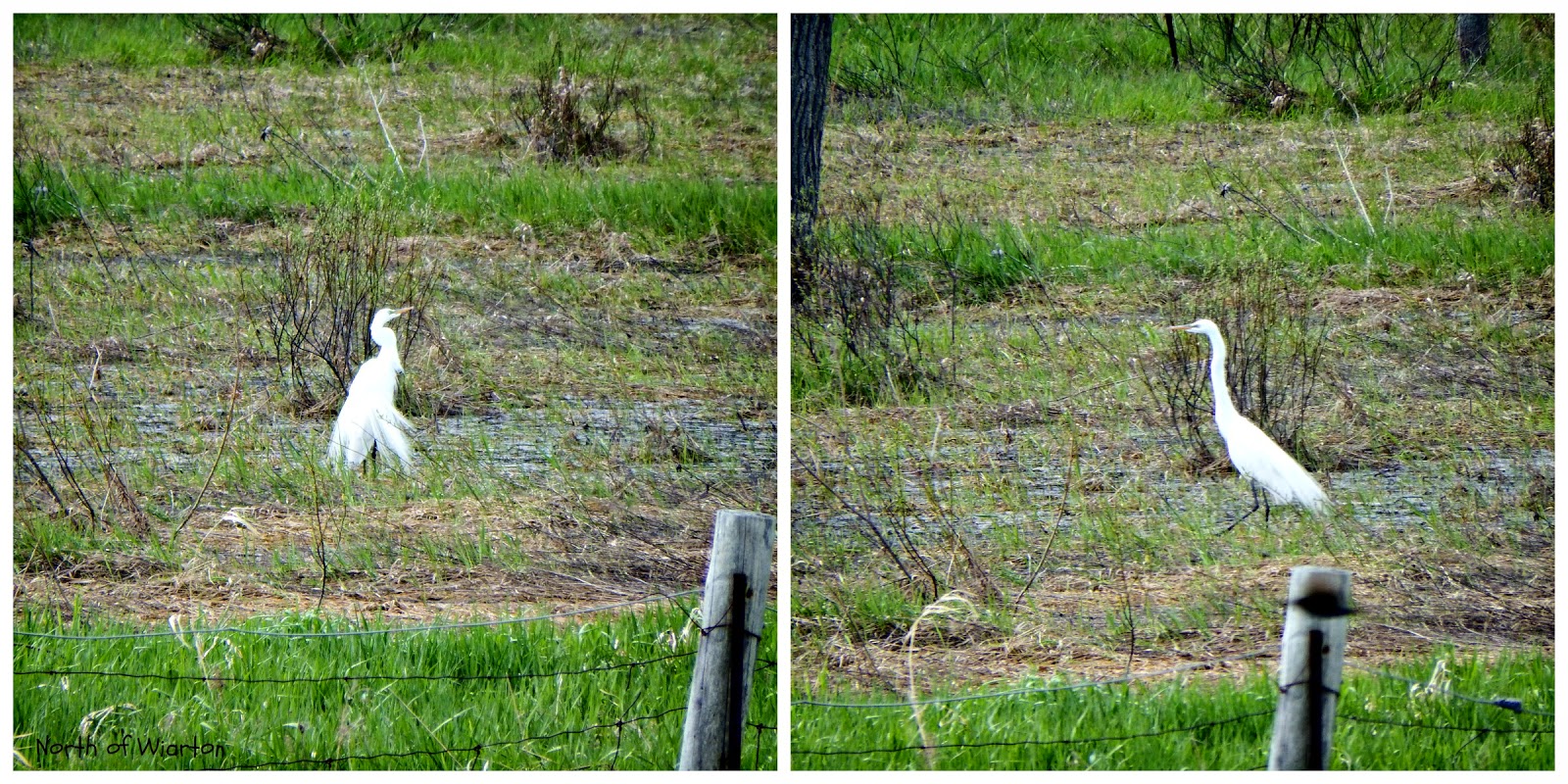 The forest floors were beautiful this day. 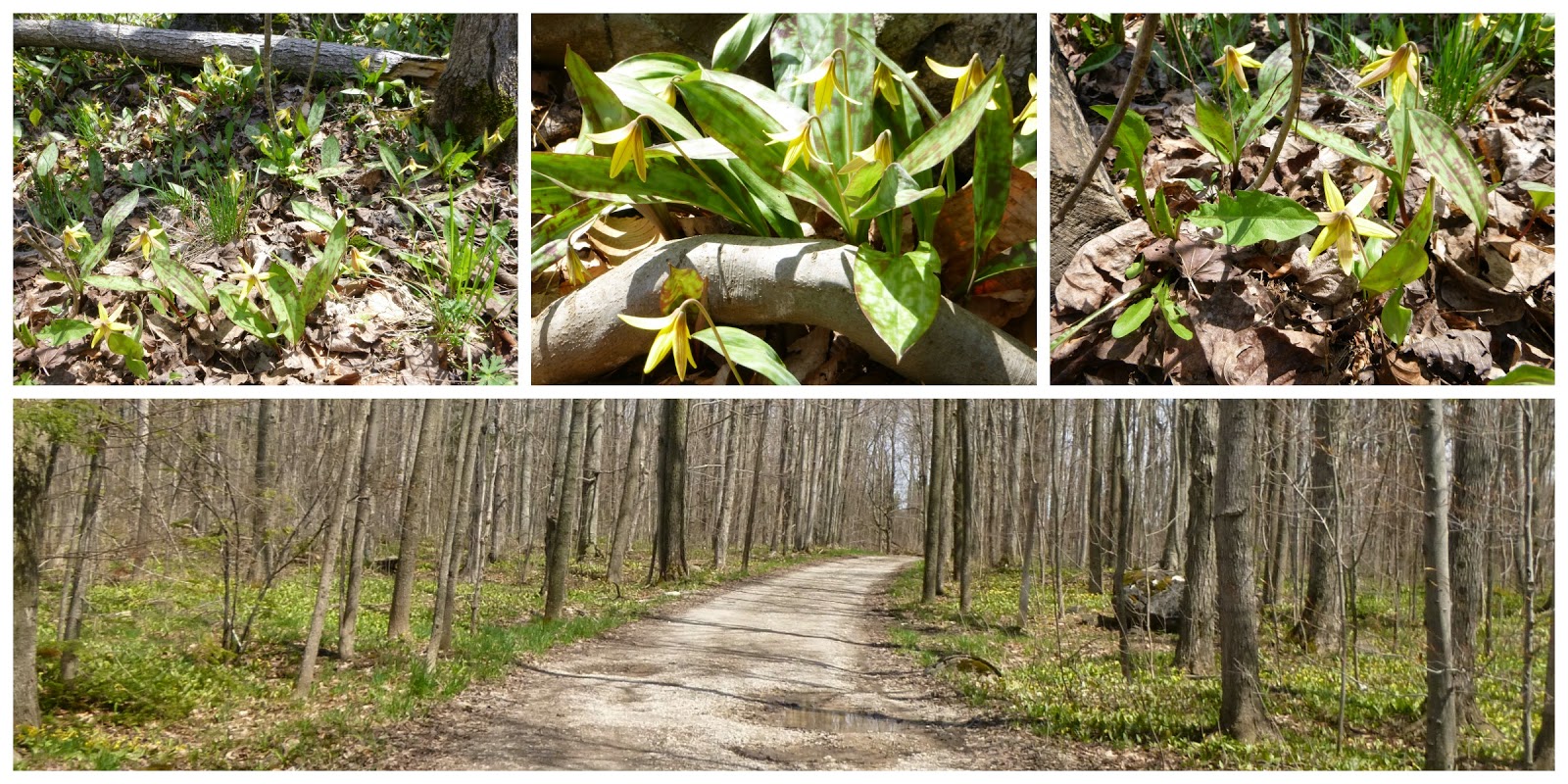 We choose to go two minutes up the road to the Spirit Rock Conversation Park to where the ruins of the Corran is found.  I never fail to daydream on what days gone by had held within the walls of this mansion. 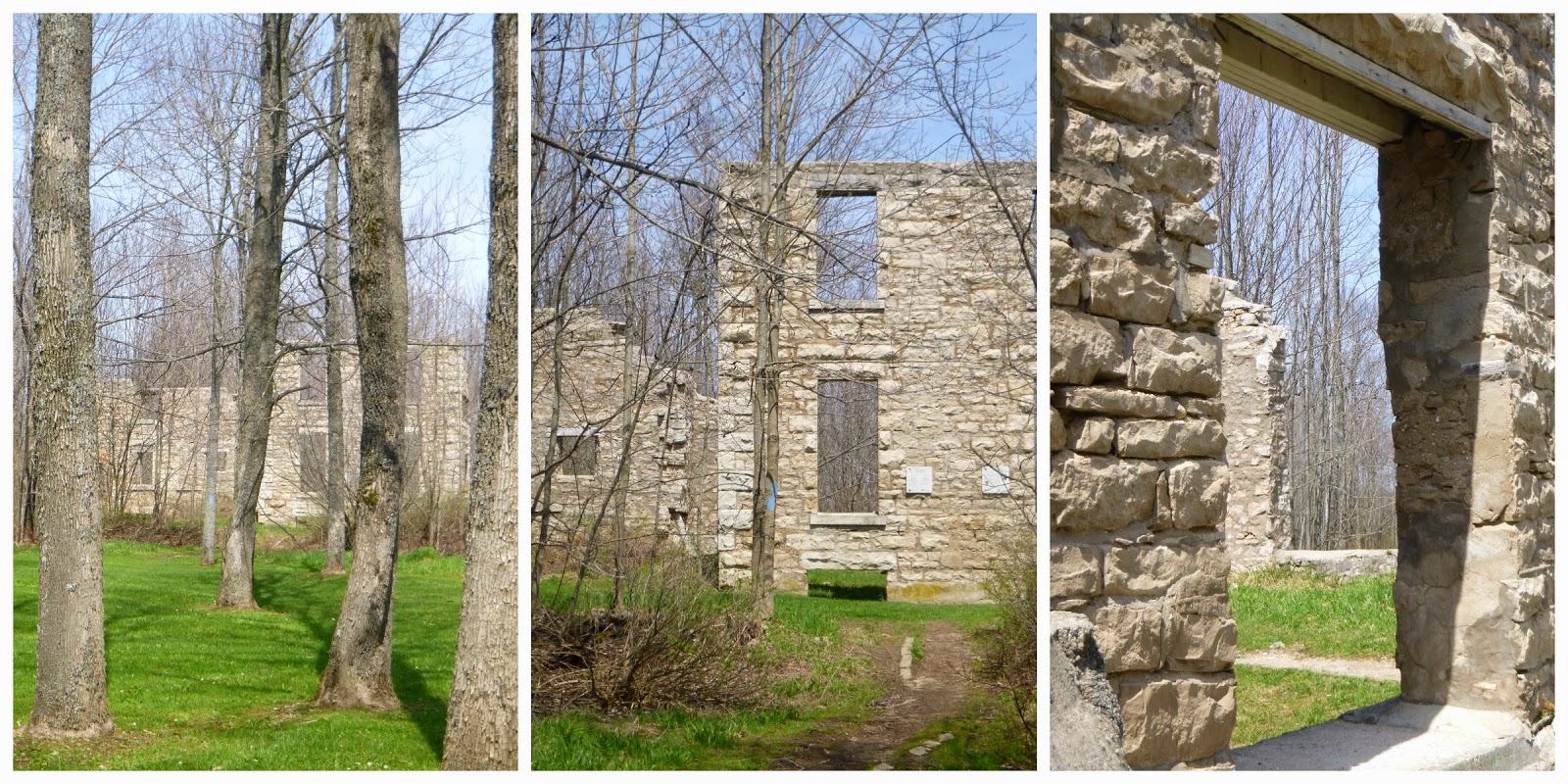 It was a beautiful day with beautiful surroundings overlooking the Spirit Rock outlook over Colpoy's Bay. 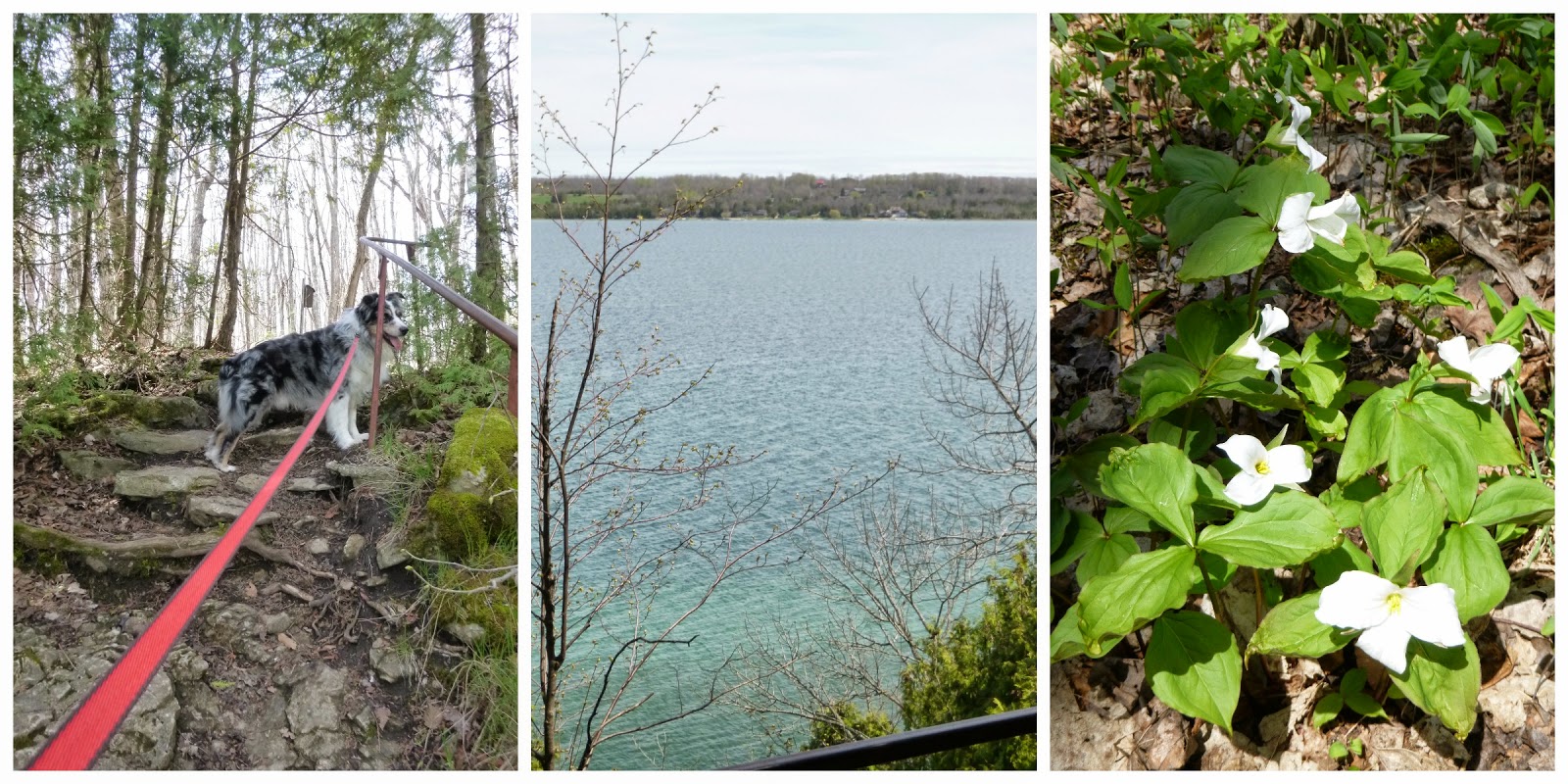 Back at home after our walk, I had some phone calls to make before heading down to the Wiarton Chamber Offices to present the People's Choice Trophy to this past 2013 Year Christmas Parade Winner, Mountain Lake Campground.  I am excited to be on the 2014 Christmas Parade Committee this Year, as it should be fun !

Dinner was easy as earlier today I had thrown some pork chops in the slow cooker with Cream of Mushroom Soup, and sauteed diced veggies in with leftover brown rice. 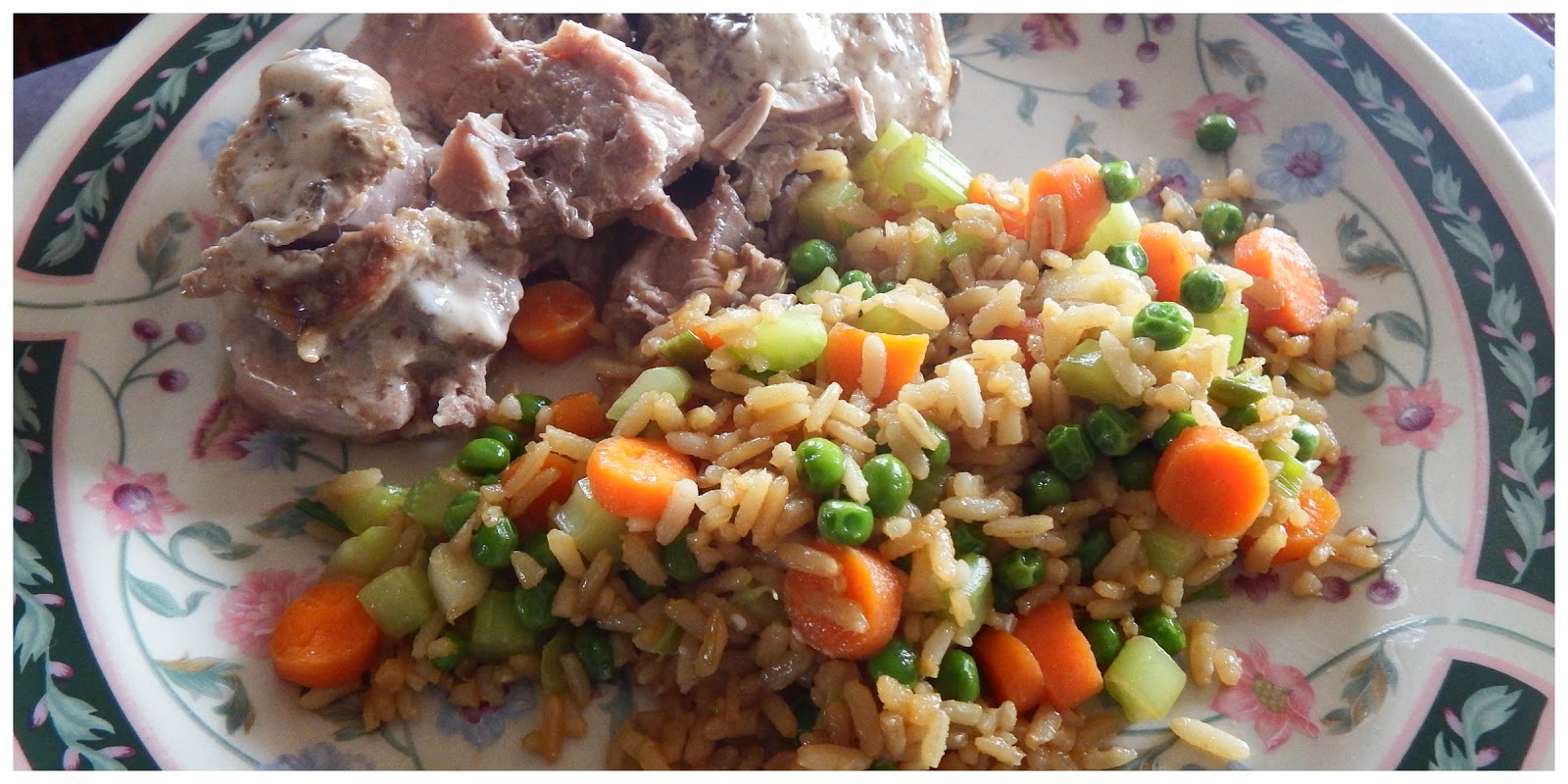 I am tired, Bandit is tired, and I still have three other Aussies to look after before it is bedtime, Just North of Wiarton & South of the Checkerboard.
Posted by Cindy@NorthofWiarton at 5/14/2014 08:02:00 pm