It still has not stopped.  The snow was coming down this heavy this morning, and it is still coming down.  I am thinking it will never stop. 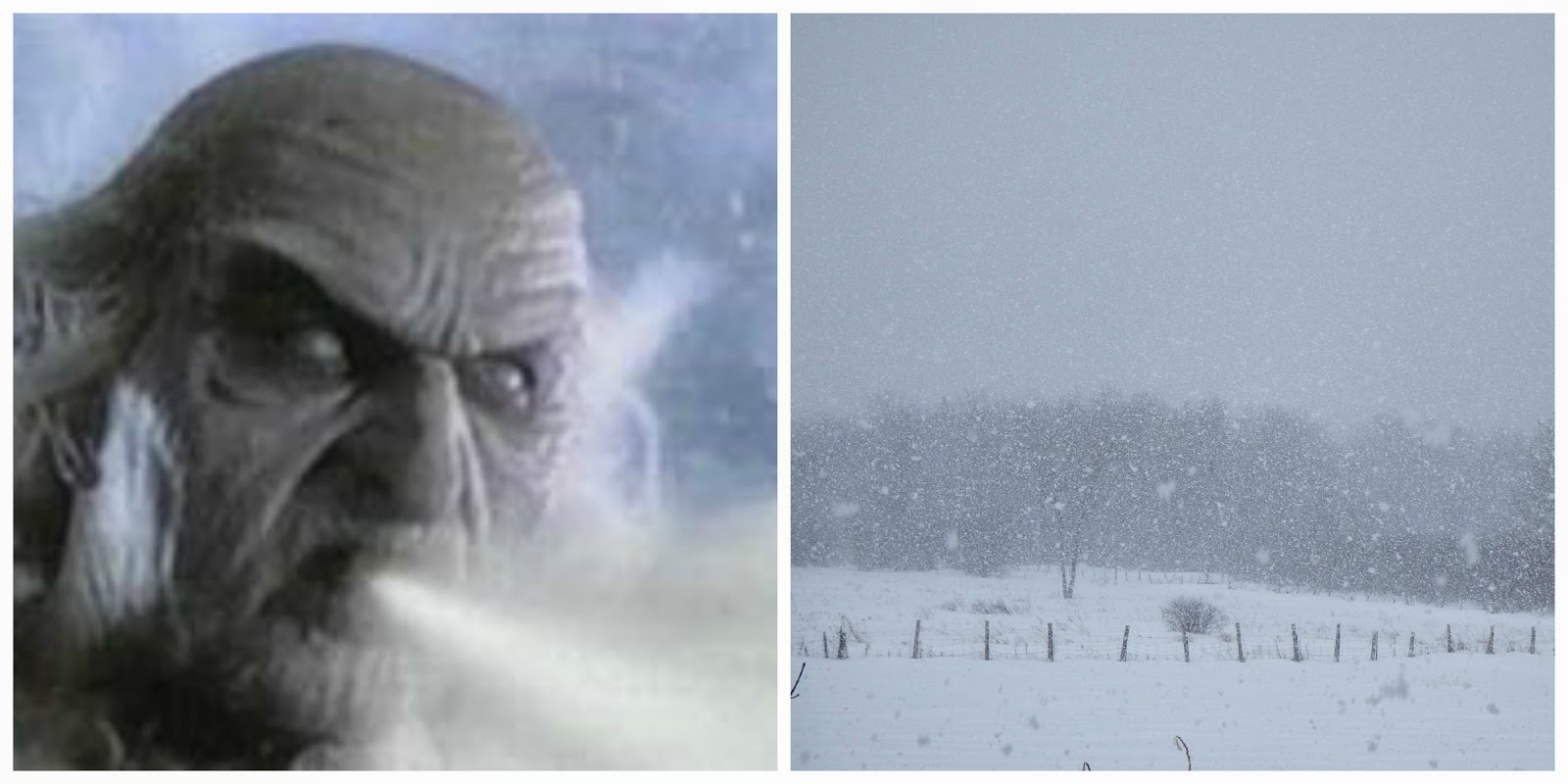 Today was again another non-productive day, although I did get my bedroom dusted.  I was tired.  It did not help any when I called my girlfriend, Shannon, to have her yawning through the phone.  And here I am still yawning, just like it is still snowing outside my windows.  Still, still, still ....

I had to go downtown to download the photos I had taken for the Wiarton Willie Festival 2014. This didn't take too long, but still once you leave the house it seems difficult to get going on anything once you return (or maybe it is just me).

This afternoon I had my consultation with Dr. Jon Caulfield, General Surgeon.  He performed Rob's Colonoscopy, as well as his Gallbladder surgery.  Rob liked him, as did I when I met him today.  He knows his stuff and takes the time to explain it to you, so far as even drawing me a diagram on how the liver, gall bladder, pancreas and stomach works.  He also has a sense of humour, as when it was decided how it was going to go with me he went down the hall to order me a "2 for 1 Special".

What on Earth would be a 2 for 1 Special?  This would be a colonoscopy as well as a stomach scope.  He ordered me to have it As Soon As Possible.  The volunteers who had been there (one being my bff's Mom) told me that the ASAP would be within a week or two, as the long list wasn't being booked until September.

Did you know that Colon Cancer is one of the largest cancer risks to have, and by detecting it early has saved thousands upon thousands of lives.  After the age of 50 years it is recommended to be done, and thereafter every 10 years.

My Gallstones?  he will evaluate the situation once he goes in to scope my stomach, then I will know afterwards if my Gallbladder will need removed or not.

I will know Monday when I call his office when I will be scheduled for the 2 for 1 Special.

Dinner tonight?  I cheated and bought a takeout rotisserie chicken and some potato wedges at the local Foodland store.  The chicken I removed the skin from it before eating, and the wedges were baked and not deep fried.

That was my whole day of excitement, or not, in a nut shell.  I do not know why, but I am totally exhausted and my head aches.  I will be heading for my bed at a very early hour this evening praying for whole night's sleep, Just North of Wiarton & South of the Checkerboard.
Posted by Cindy@NorthofWiarton at 3/27/2014 06:06:00 pm