A Little Pull On The Heart Strings

This morning I was up in the wee hours of the morning again.  I was exhausted today and really feeling I was dragging my behind.  I actually dragged it into the shower at 5 am, as I had to get my first thing routine out of the way and down the road to a Chamber Meeting by 9 am this morning.

Before I went into the meeting I had to return a call to Gateway Haven, the Nursing Home where my Mother lives.  They had called at the first of last week to tell me Mom's eyeglasses had lost a screw, would I be able to get it look after, but in the meantime it had been fine as it had been taped together.  Last night I had gotten a call after I had been in bed to remind me.

I had far from forgotten.  Our Optometrist in town is closed Monday & Tuesdays, last Wednesday and Thursday it had been storming and our Road had been closed, and Friday I had a migraine.  No time in that week unfortunately to look after my Mom's glasses.  Hopefully this Monday when Dr. Grundman's office re-opens we can get it looked after.  Shame it has to wait so long, but what else to do?

The meeting I attended this morning was still going on when I had to leave after 11:30 am, as I had pre-arranged to meet up with my Auntie Gladys & Cousin Vi at the Tim Hortons in Hepworth for Lunch today.

Yes I could not go without photos ... I laughed as the 2nd one I had taken with my phone, and Auntie said, "did you just take my picture" ... could I lie? of course not ! 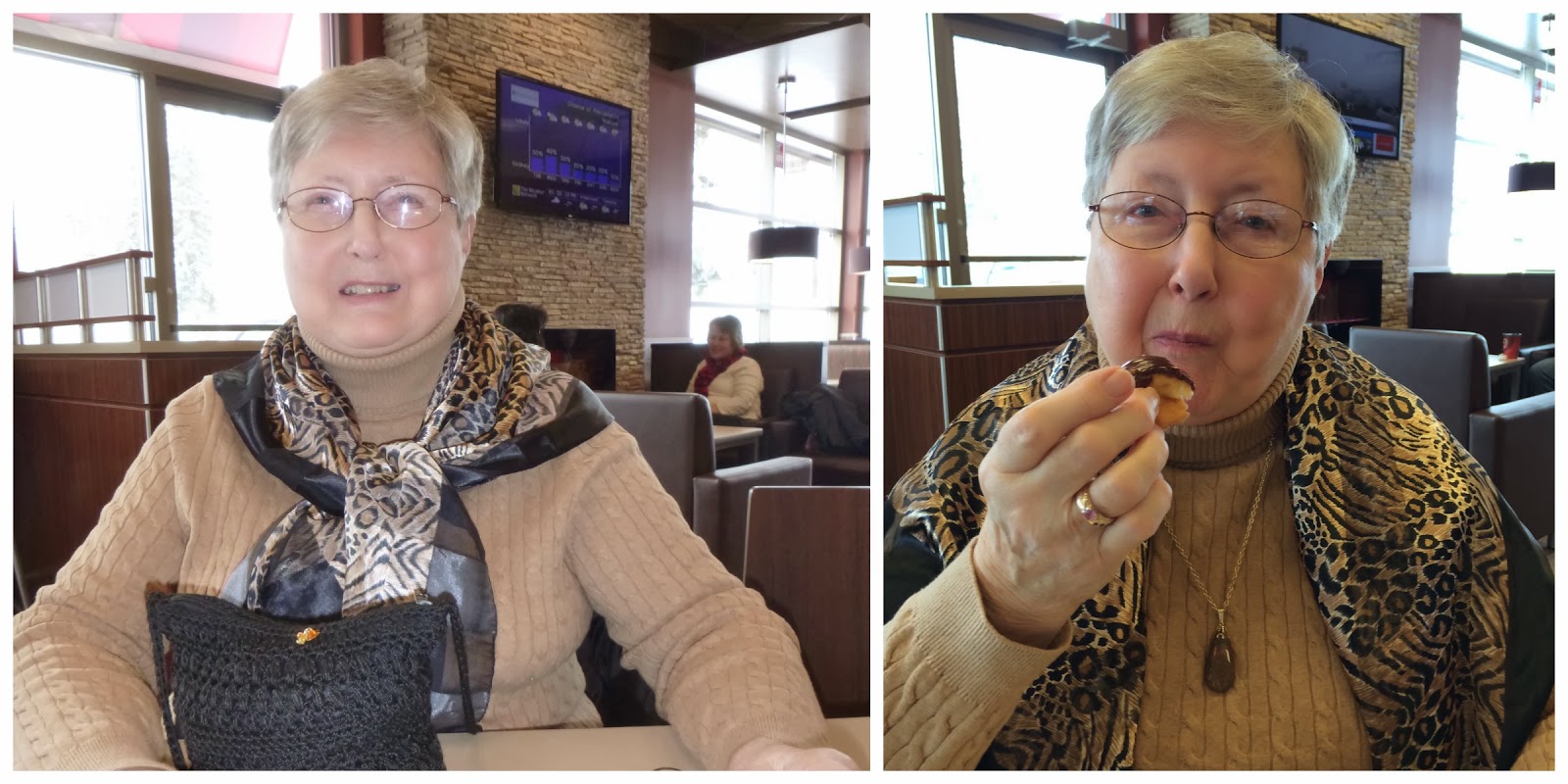 Vi took a winning *smile* photo then started laughing at me when I went to take the second. 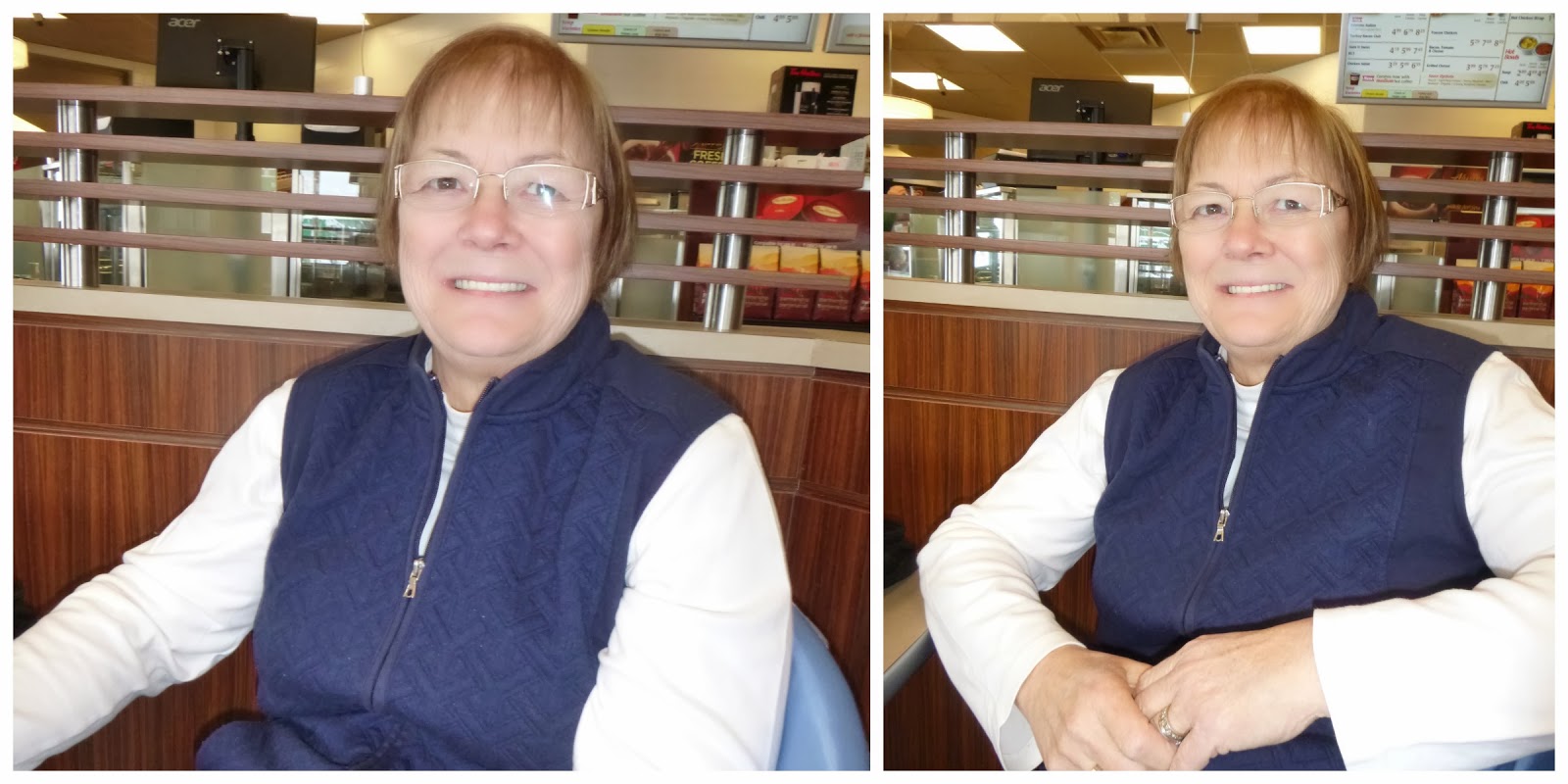 We had a lovely 2 hour lunch together.  I could have stayed longer I am sure if I hadn't been so tired.  Heading out to my vehicle I had quite the unusual sight pull in beside where my van had parked.


I had a bit of chat with the two hunters about where they had "bagged" this Coyote that their Walker Hounds had ran down.  There is quite a large outbreak of Coyotes the past few years here in Bruce County.  They have become quite brave with reports of them coming into towns, attacking people and of attacking domesticated animals. 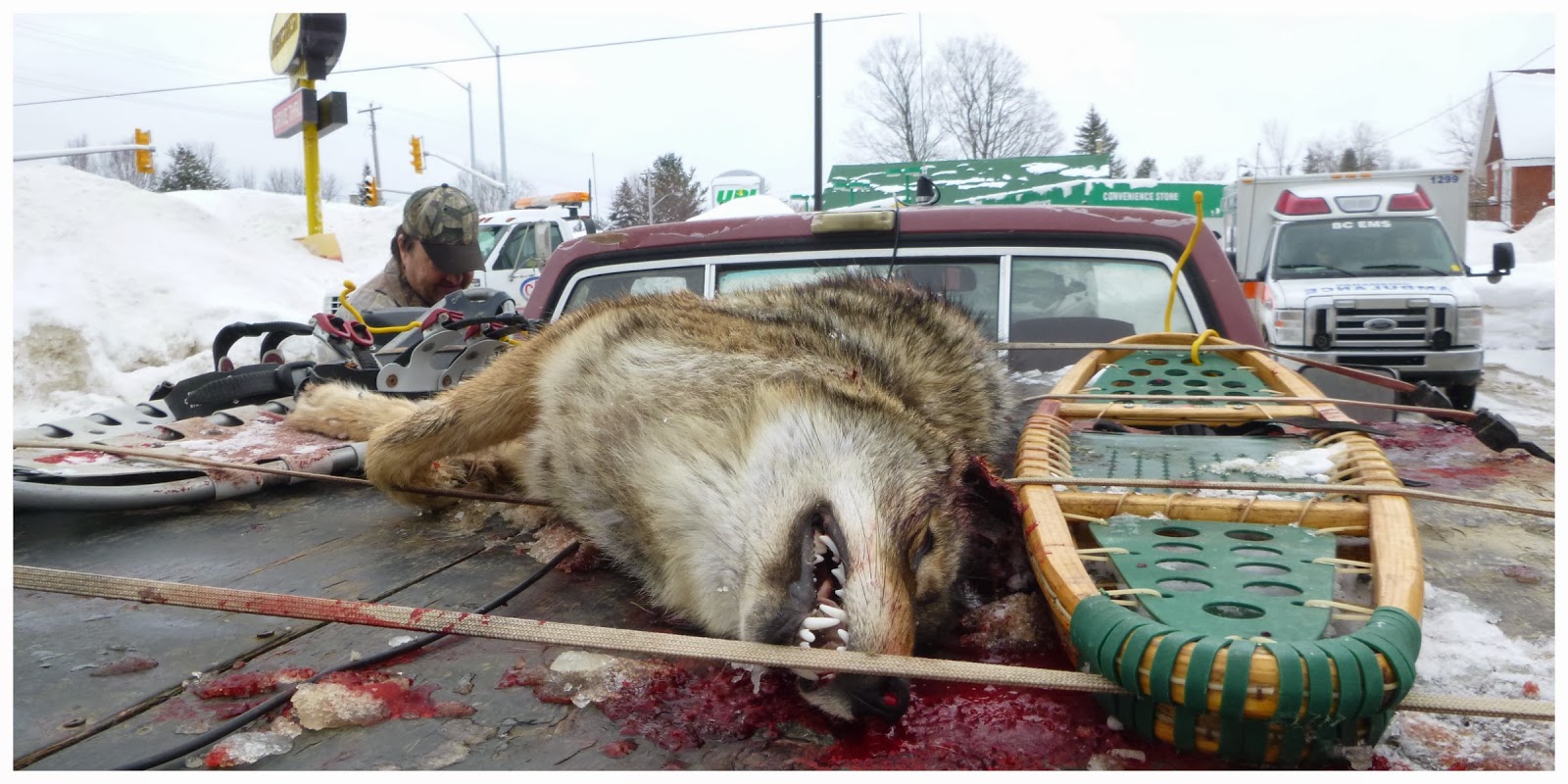 I have also came across reports of there being a new breed of a hybrid predator.  Here is an article of interest on this very same topic by The Toronto Star you may read HERE.  I recall years ago all the talk about Coy-dogs being a big problem (Coyotes breeding with Domestic Dogs), however I do not recall reading any evidence other then "hear say" about such things.

Aunt Gladys had brought along some photos collected over the years she thought I might be interested.  Seventeen Years ago Rob and I lost our Waterloo home to fire, wherein we lost everything pretty much expect the clothes on our back.  The only thing that could not be replaced were photographs, which included baby pictures of my boys.

These photos Auntie had of my boys sure gave "a little pull on my Heart Strings".  Paul as a newborn, the youngest, and Christopher who had been 7 years old in this photo.  He had been 6 years old when Paul-James had been born. 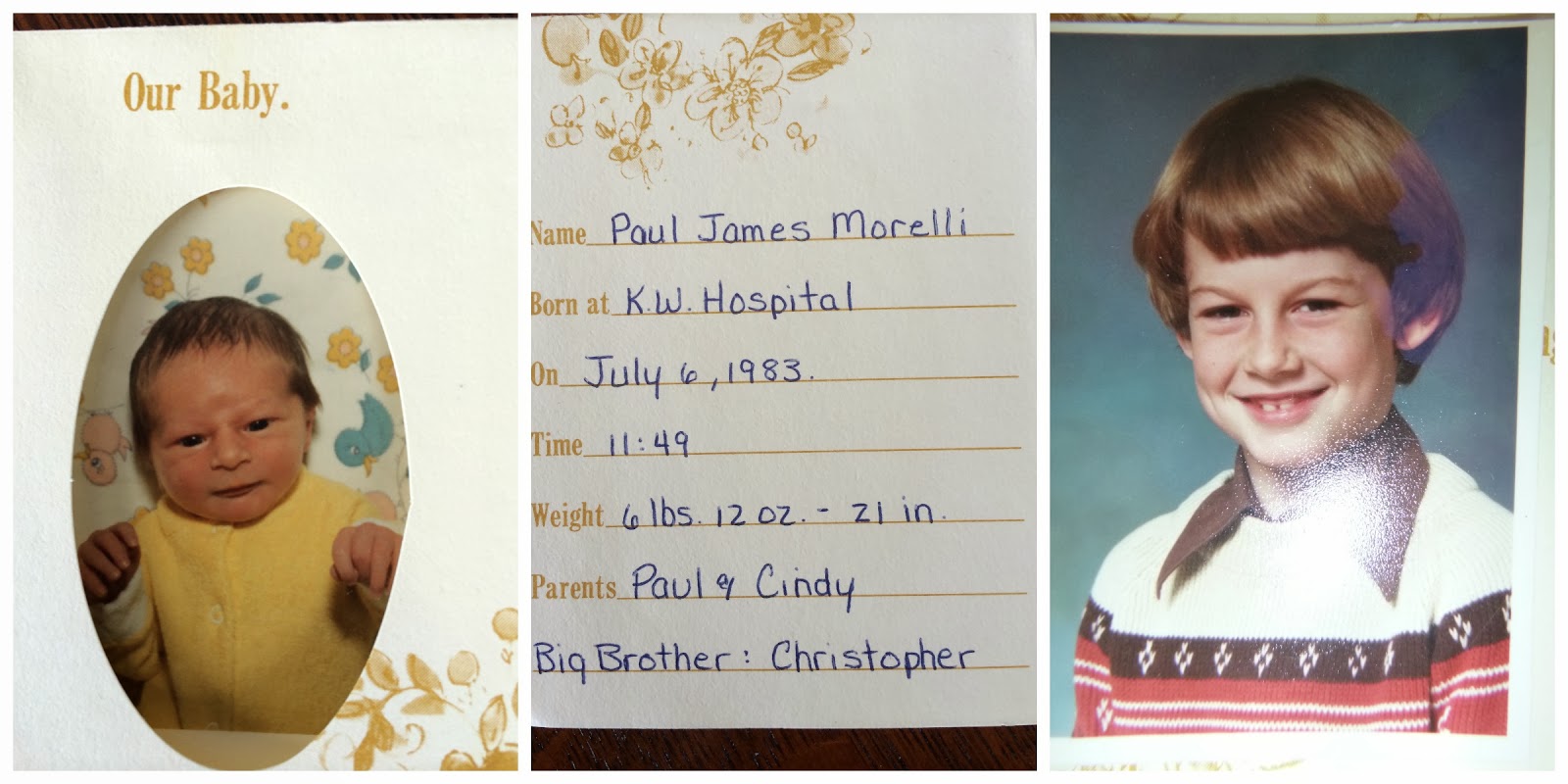 Back in November 2013 I had entered 3 recipes to Austin Graphics Inc. for their 2nd Annual Cookbook Fund Raiser.  All proceeds for the $5.00 Cookbook sales go to the Salvation Army.  Auntie had also picked up my copy of the cookbook from the Austin Graphic location in Port Elgin for me.


I had forgotten what recipes I had entered until today.  I can't wait to read through the other submissions, knowing I might find a few "new to me" recipes to try out in my future. 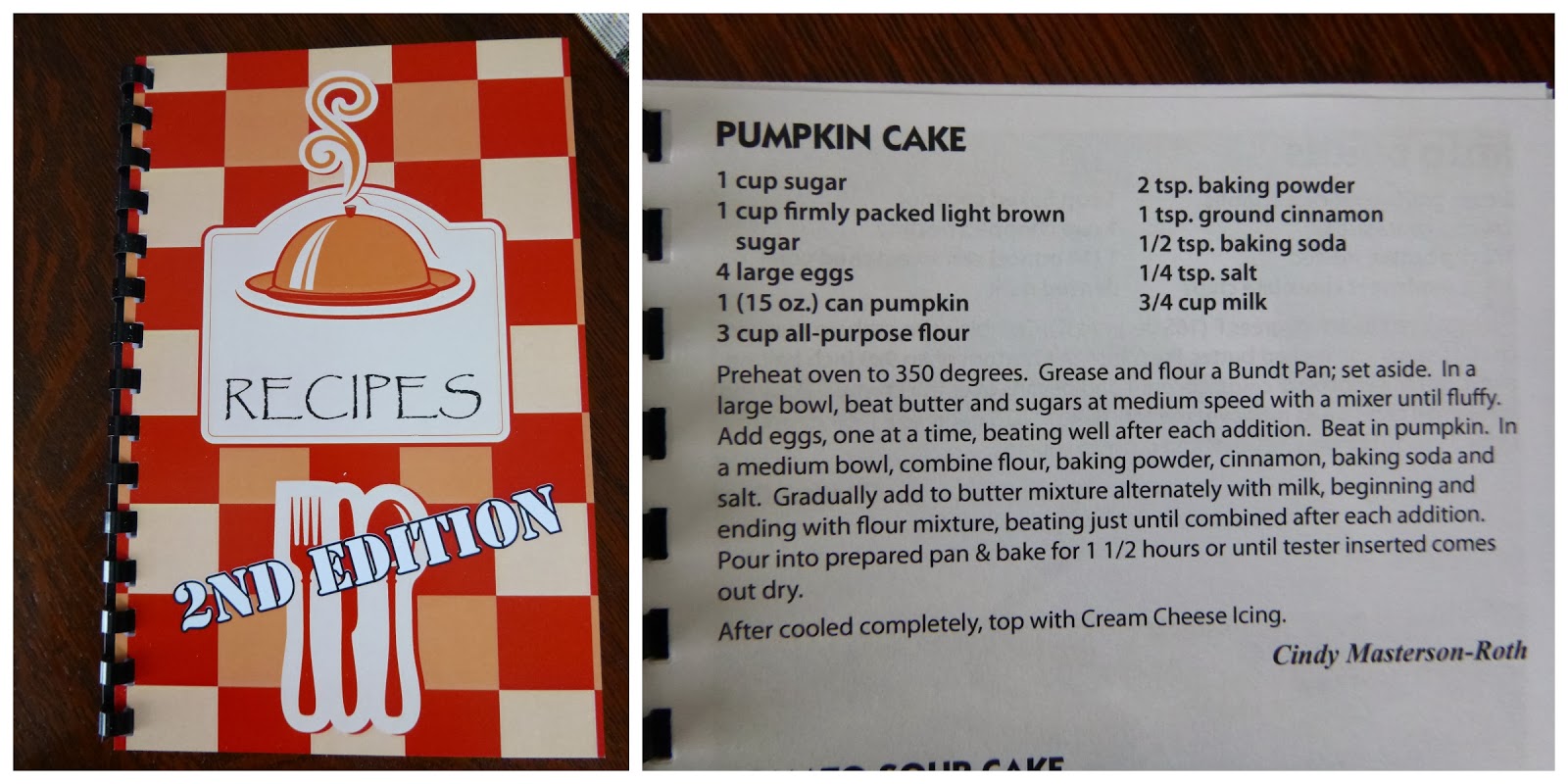 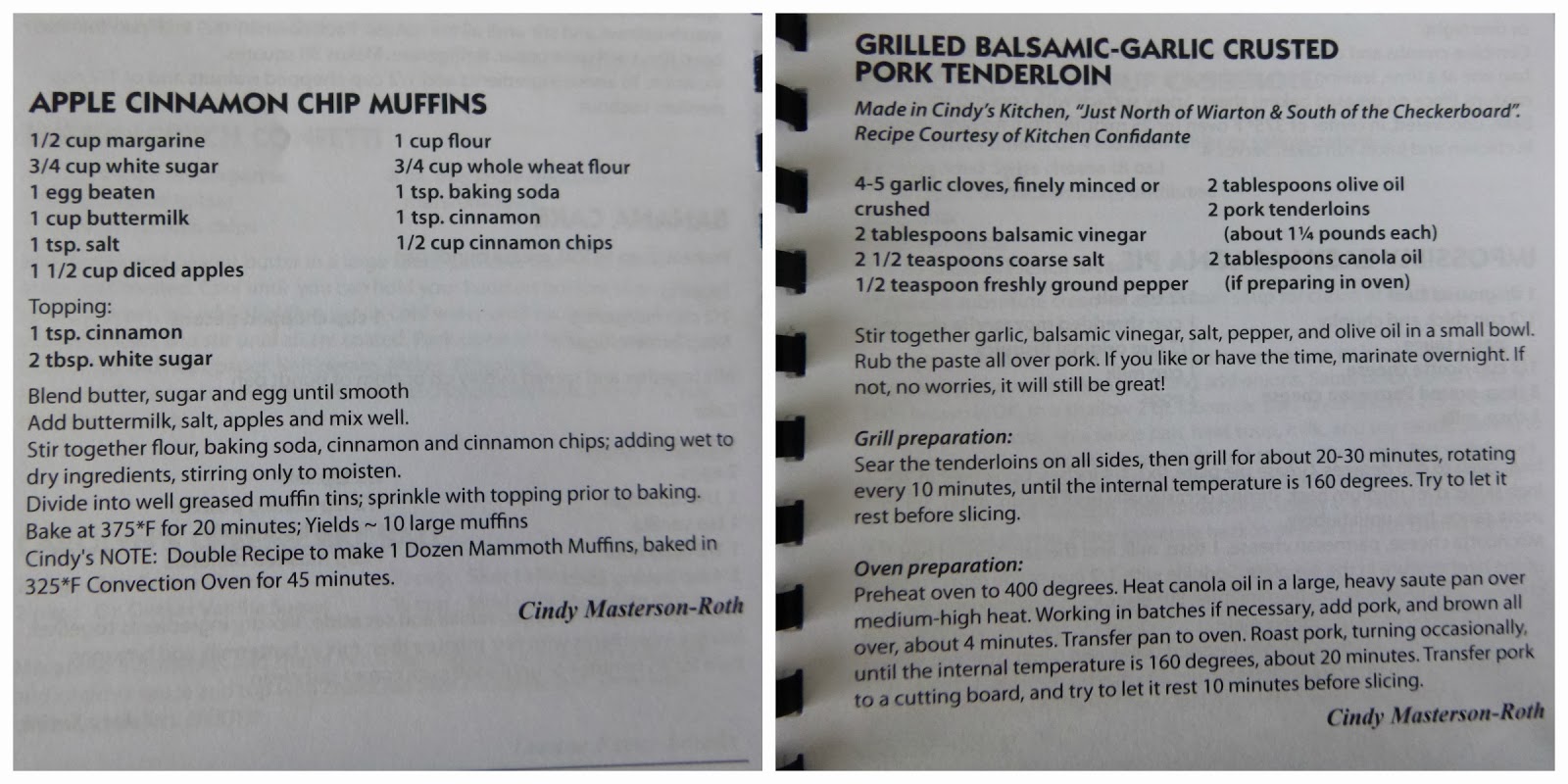 Another "blast from the past" was this old match cover from Duffy's Hotel in Hepworth, where my Dad's family was born and raised.  My paternal Grandmother's father, Great Grandpa Koenig had the Blacksmith Shop on the corner in Hepworth, where he also made buggies.  Duffy's Hotel has been a landmark of Hepworth long before I was ever born, so that is a long long time. 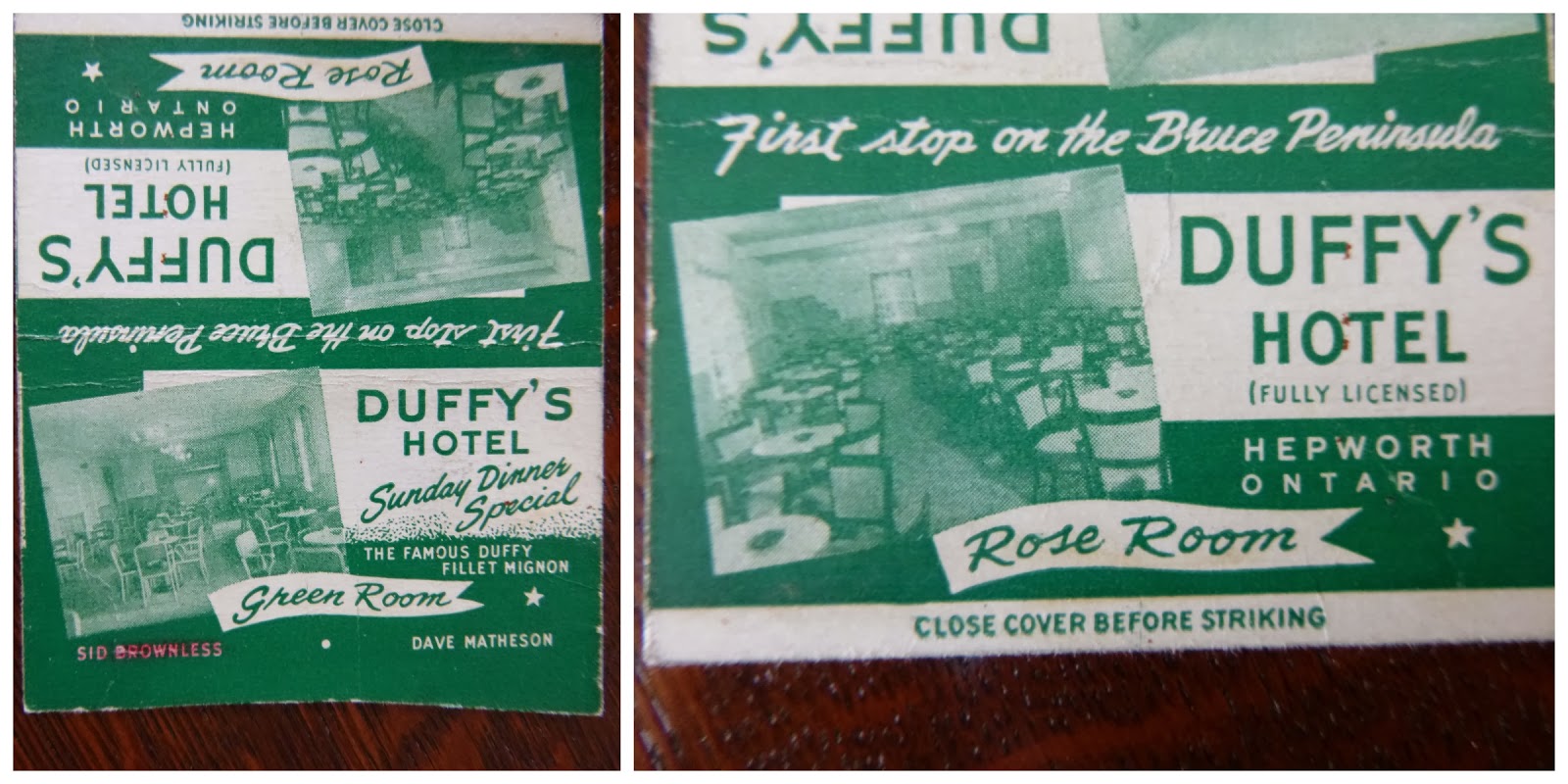 Auntie had also picked me up my 2014 Lang Calendar at the Memories & Keepsakes Flower Shop in Port Elgin.  I am only a month behind, but that is better then six months behind, is it not?  and I got a Rooster one this Year ... I LOVE Roosters. 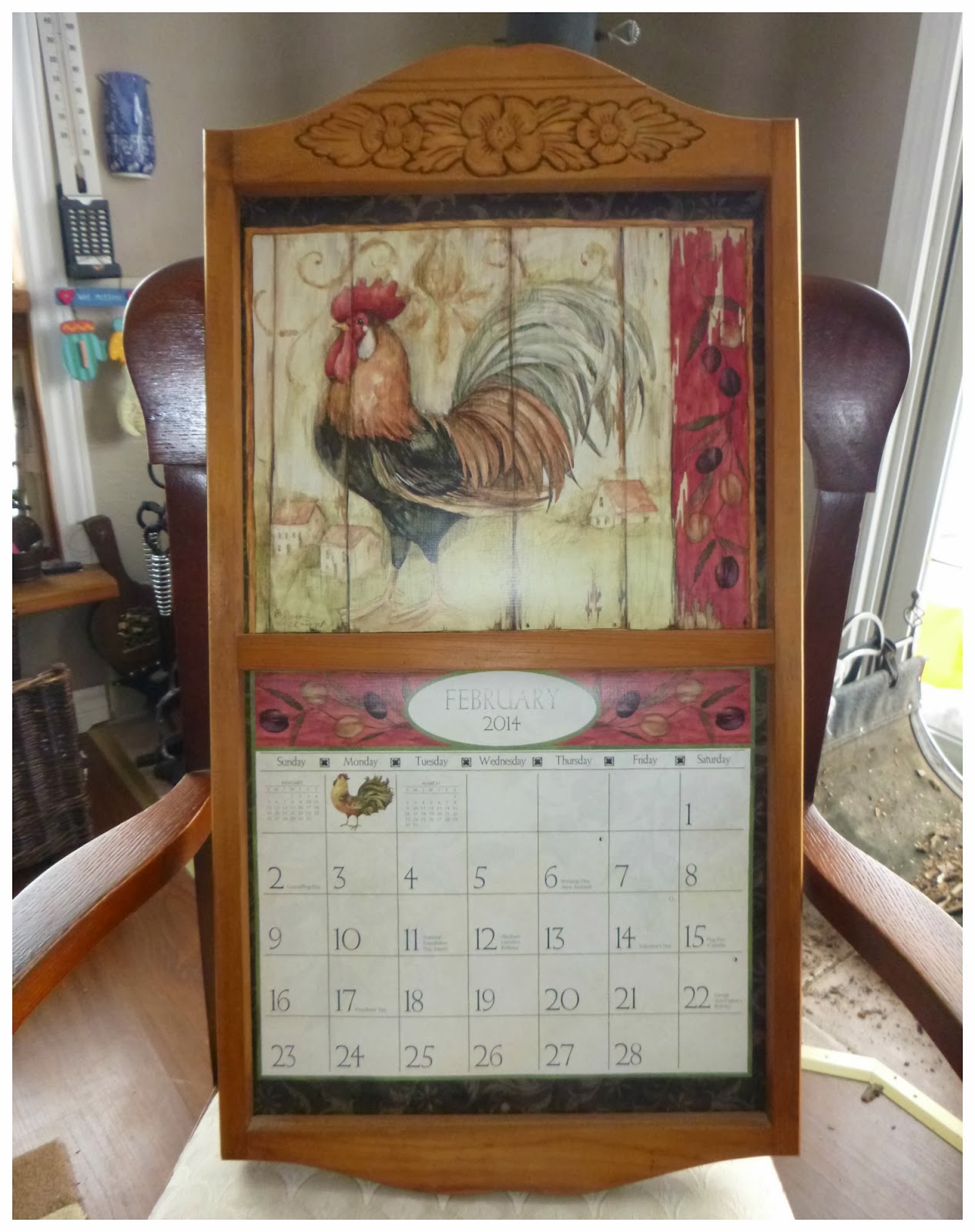 I didn't get back home until almost 2:30 pm.  I went to retrieve the mail thinking to myself ....

.... oh this is going to be a mucky mess once all this snow we have starts melting "some day".  But then again this won't  be happening any time soon as they are calling for another storm tonight.  It is Winter though, right? and Wiarton Willie did predict 6 more weeks of Winter yesterday morning. 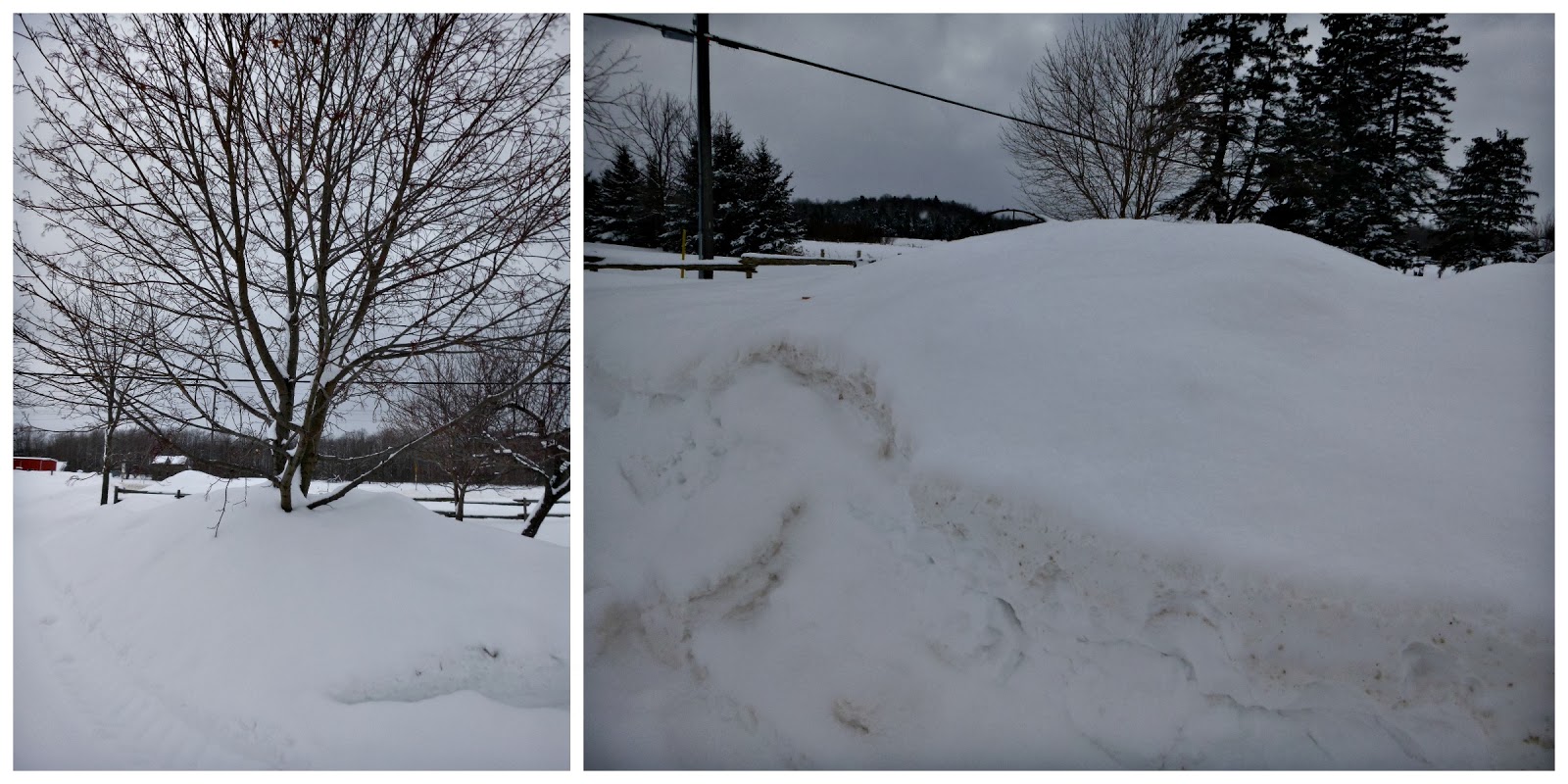 The rest of my day was spend billing, getting payroll faxed off and more paperwork.  The whole day seemingly was gone in a "blink of the eye", as I didn't get anything around here as I had planned on today.

Time to go for now, as I want to watch the 3rd Episode of Masterchef Canada airing at 8:00 pm tonight.