Rob and I were on a "mission" today.  Rob first had to do his regular morning fare, while I looked after the usual morning chores and did some Crabby Cabbie billing while he was gone.

I wasn't certain I wanted to go anywhere today with the temperatures down in the minus double digits, but bundled up we were off like a "herd of turtles". 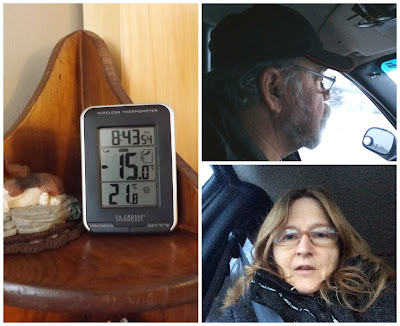 We left home first heading to Southampton, where you can look way down main street to where the Cenotaph is located overlooking Lake Huron.  How many times growing up did I walk down this main street I wonder.  Before I knew it we were just outside Elmira taking in all the damage to the trees from the ice storm they had a couple weeks ago..  Then we made it to our destination going into Kitchener up Lancaster Street heading towards Victoria Street. 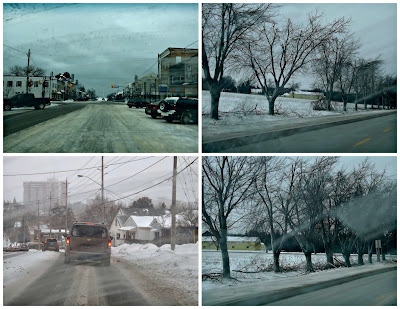 Once Rob was done the business he had set out to do, we back tracked a bit to the St Jacob's Market, as he wanted to get there before they closed at 2:00., as he had Albert Weber Summer Sausage on his mind..  The new building was open, as when I had been done a couple of months ago it had still be under construction from when it had burned down.  The new building is really quite lovely, with lots of natural light, and no second floor.  Yes we found Gerber Meats with no problem and the Albert Weber Summer Sausage. 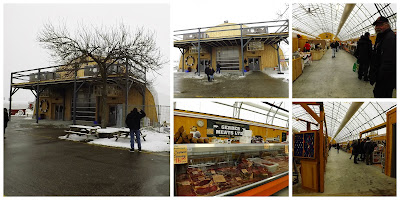 After the Market, we stopped in Waterloo at Henry's Cameras to see about a camera which they did not have ins-store but was available on-line.  I will wait to get it in Owen Sound, as they do have it there at the Photo Art Store..  We then headed back into Kitchener  to go to  the Weston Bakery Outlet to stock up on some bread for $1.00 - $1.20 a loaf.  I also picked up a nice jar of Sauerkraut for $2.50.. 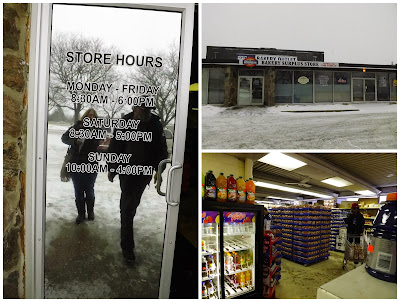 Last stop was to Costco to pickup some dog food and a few other necessities of needed items, not wanted (with one exception for the Aussies).  On our way back home, I commented to Rob, as I always do when we go back to the City, that I do not miss the traffic.  It was great to hit the roads again, far away from the hub bub of the City traffic. 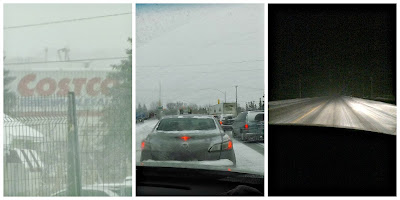 Other then a Tea Biscuit and cup of tea on the way down to Kitchener-Waterloo, we had not had anything else, getting quite famished by the time were were half way home.  We stopped at our favourite restaurant, The Red Cedar in Clifford where Rob had a Hot Turkey Dinner, while I chose a light fare of Grilled Chicken Breast, opting for extra veggies rather then the side of coleslaw. 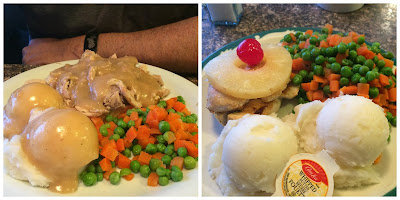 I was hoping this trip to the City we would have time to see the kids, my sister and Rob's sister, but since we did not get away until after 10 am there was not much time to accomplish other then what we had set out to do.  Hopefully next time we can get away a bit earlier.

When did we get home after this full day? it had almost been 7:30 pm, wherein there were four Aussies happy to see us, a van yet to unload, and a wood stove to be stoked up, as man oh man baby it is cold out there, "Just North of Wiarton & South of the Checkerboard".
Posted by Cindy@NorthofWiarton at 1/02/2014 08:42:00 pm