Another Half Done Job

I was pretty upset that somehow I had fallen asleep watching Canada's MasterChef 2nd episode last night.  On a more positive note, all is not lost as I had asked Rob to tape in on the PVR for me, so I will still get to see it (hopefully).  It never fails .... how many times has there been a show I have wanted to see forever then end up falling asleep the last 5 or 10 minutes? too many times that I care to count.

I calculate I fell asleep around 8:30 pm.  No wonder I had been up again at 2:00 am.  Good thing too as the fire had almost been out, so that took me until after 3 am to getting it going properly.  I went back to bed and could not get warm for the life of me.  At 7:00 pm when I had to get up I didn't want to get up.  Murphy's Law.

With all the Aussies taken care of, the dishes done and the bed made, I got pumped up for my morning jaunt on the treadmill to some April Wine over at Tropical Glen's Free Oldies Music.  Lots of tunes to rock out to on the treadmill can be found there.

First I cleared out the hamper, waste container.  Bandit was happy as he found three balls of his under the one dresser.  I was not so happy as I found a whole pile of dust under all the dressers.  I am scared to move the bed, as I am certain there will be a lot more under there despite me vacuuming under as far as I can get every week, or was that every two weeks? *scratching head*  The carpet will hopefully be replaced this Year too, unfortunately not before the new mattress arrives in 2 weeks time. 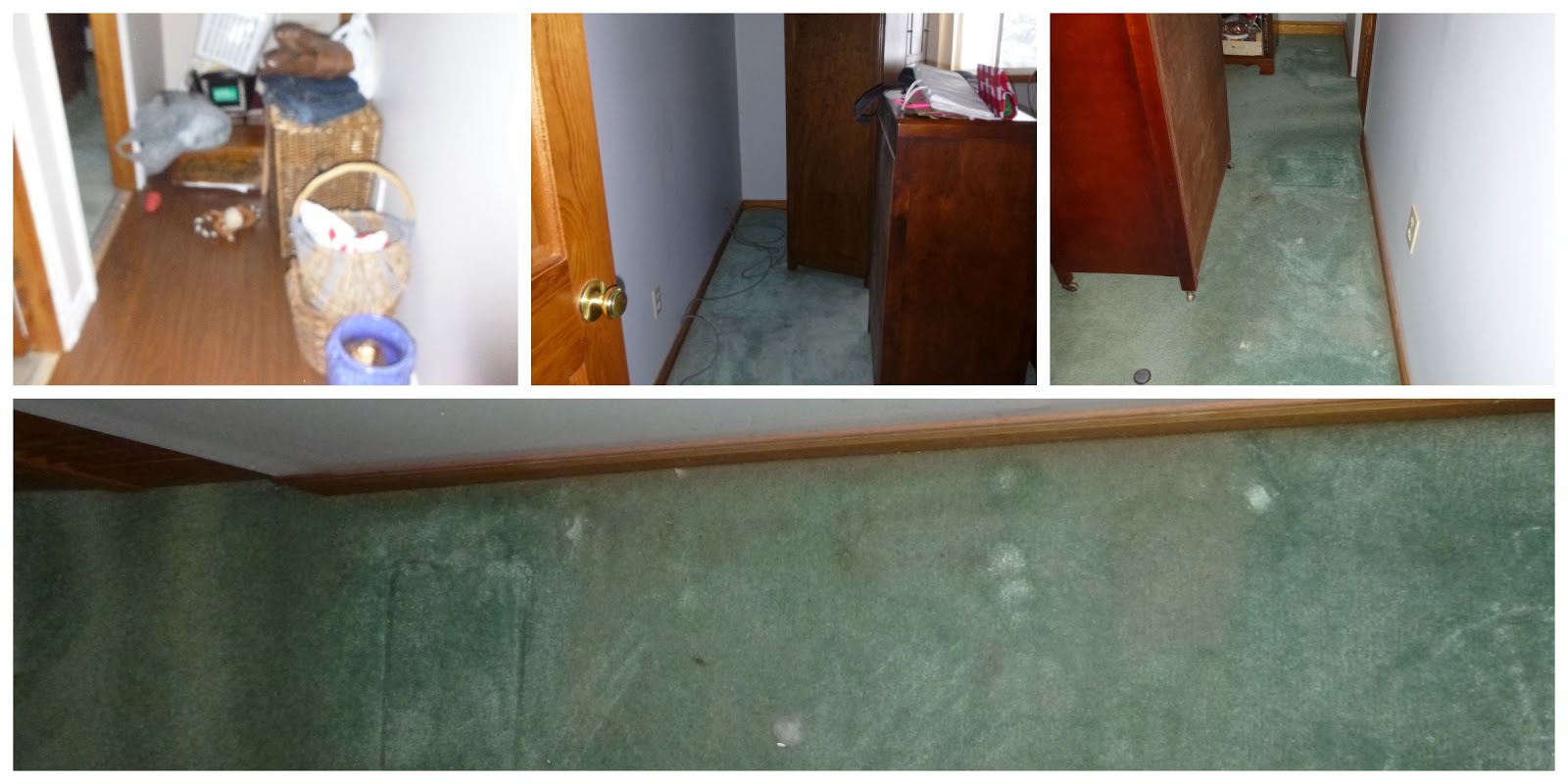 Nice clean walls, along with the closet door all wiped down.  Yes the water that went out of the pail down the toilet was far from clean. 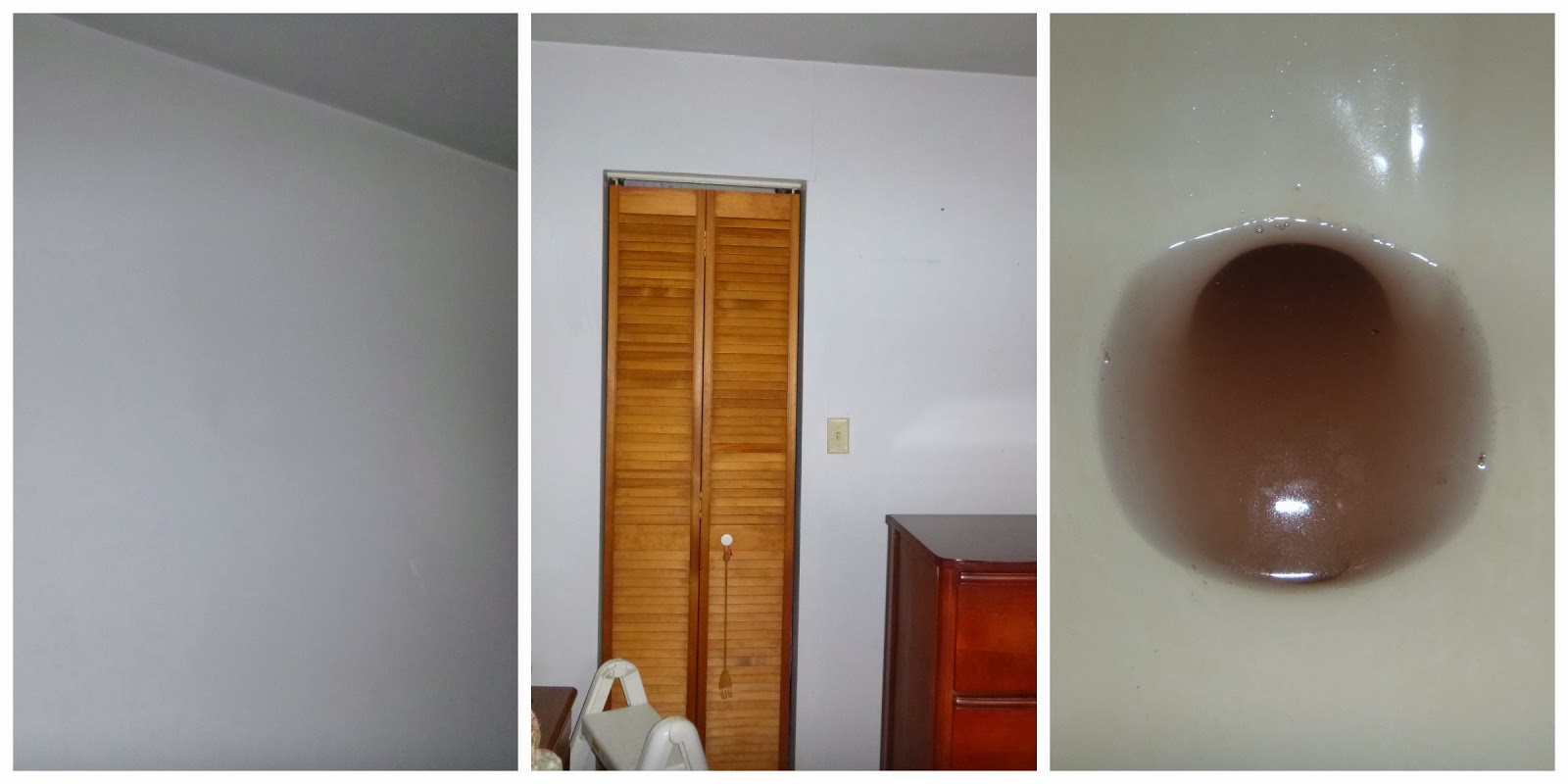 Decisions decisions ... now to decide on a colour to paint our bedroom.  Shall I go an Antique White? or a shade of Blue ? 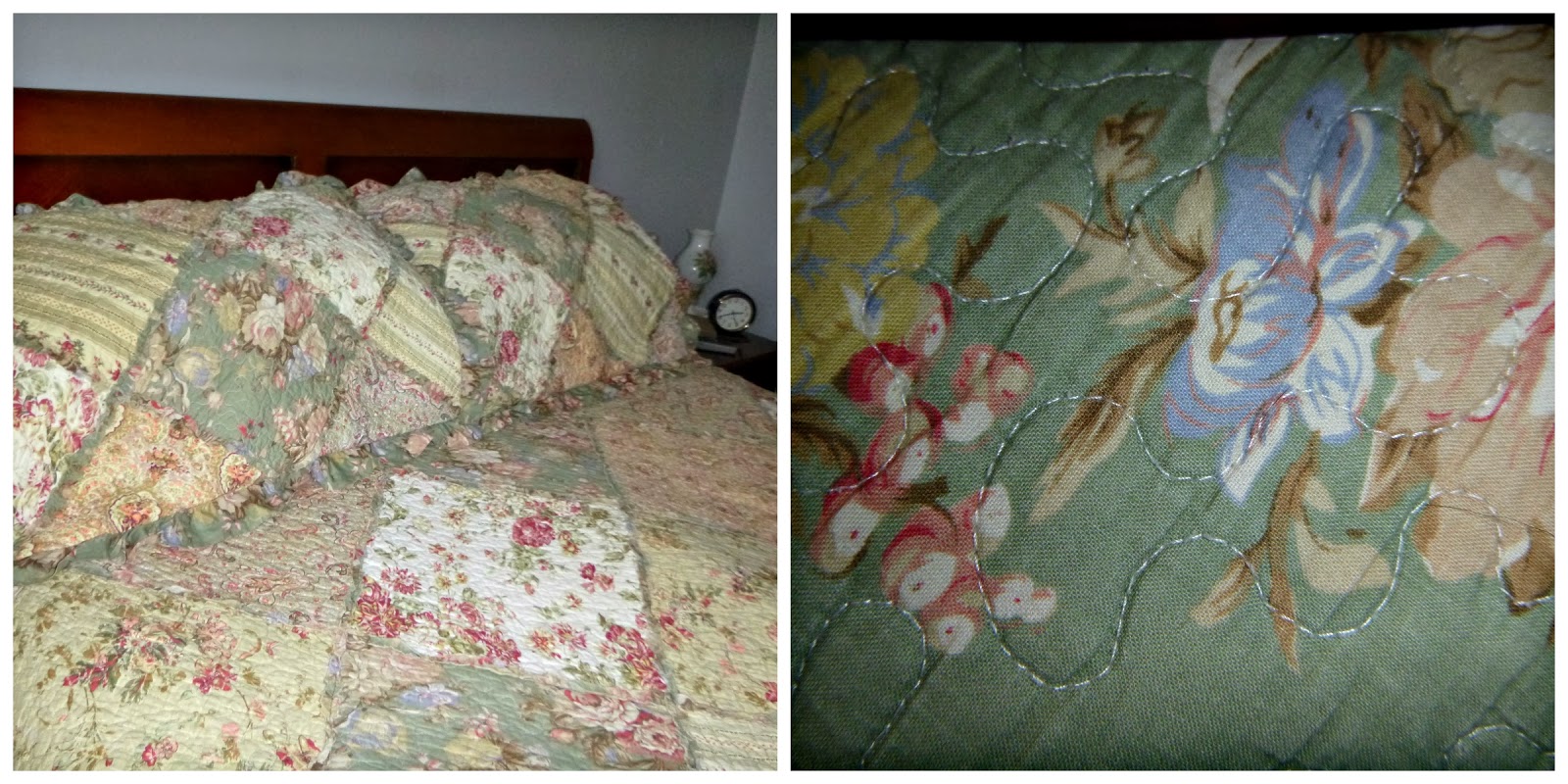 This is the view looking out our bedroom window.  I can't begin to count the amount of times I have stopped to admire the Pine tree there.  It seems almost perfect to me if not for the double top it would be with it's wonderful shape. 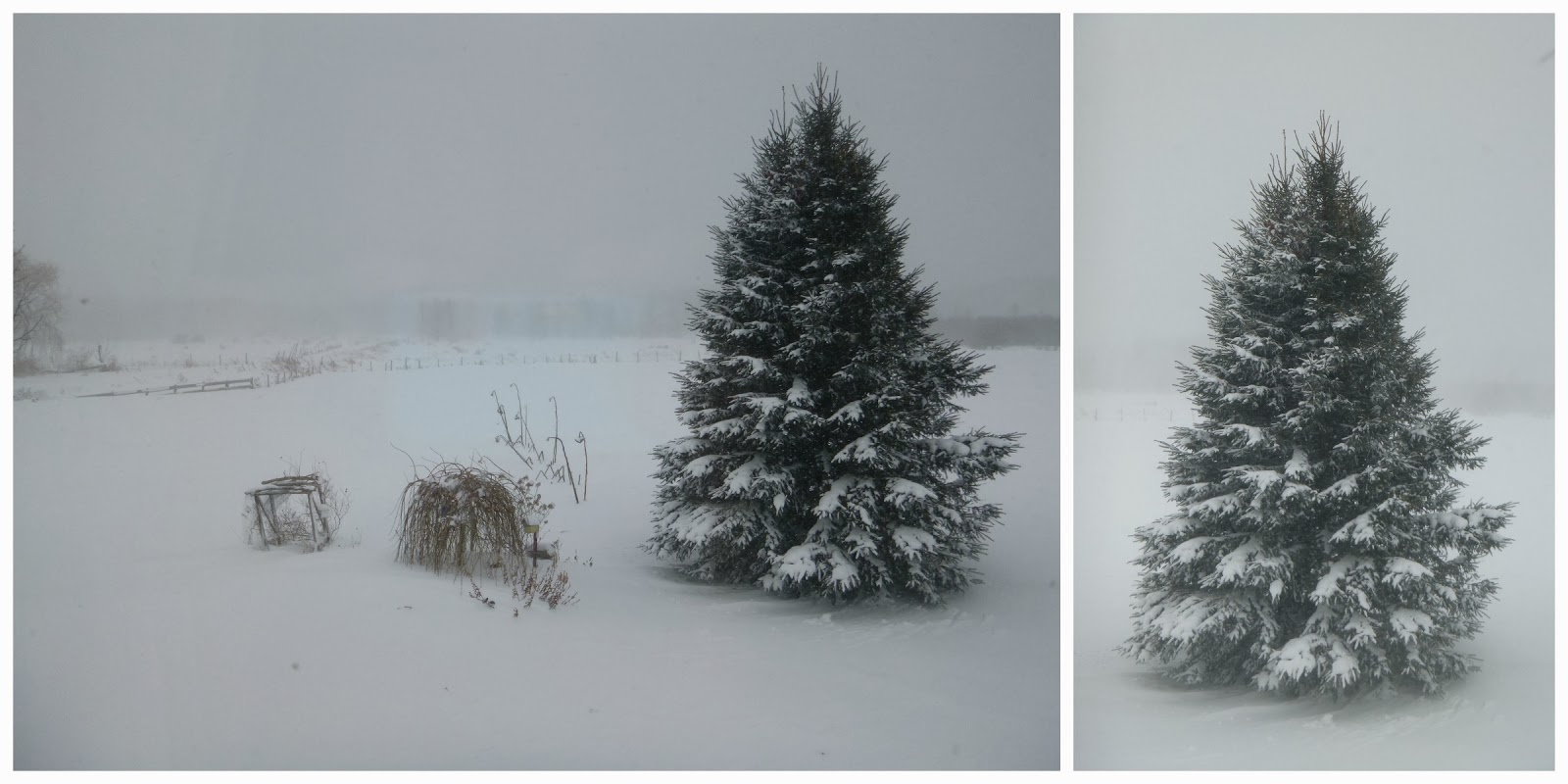 After Rob's one call out this morning, he only had gone out one more time, as we have been getting slammed with Old Man Winter once again.  Bruce & Grey Countries have been crippled again this day.  North Bruce Peninsula pulled their plows at 12:30 pm today, as did Georgian Bluffs due to heavy drifting snow and poor visibility.  I read one report where an OPP cruiser went out to Hwy 21, just outside of Owen Sound, to assist a stranded vehicle, and when pulled over and stopped he was hit from behind.  Later the same day, as the OPP vehicle had been left there with the officer taken to the hospital to be checked over, his vehicle had been struck again.  Visibility was obviously NIL, as it is many places in Bruce & Grey Counties this day.

A reminder to anyone who decides to take a chance going out driving on CLOSED ROADS, your Automobile Insurance is "NULL & VOID" should you be in an accident.  Really is there something that can't wait until the road re-open???

Rob had his work cut-out for him again this afternoon.  It seems like he has been doing snow removal for a Month of Sunday (I really think he has been). 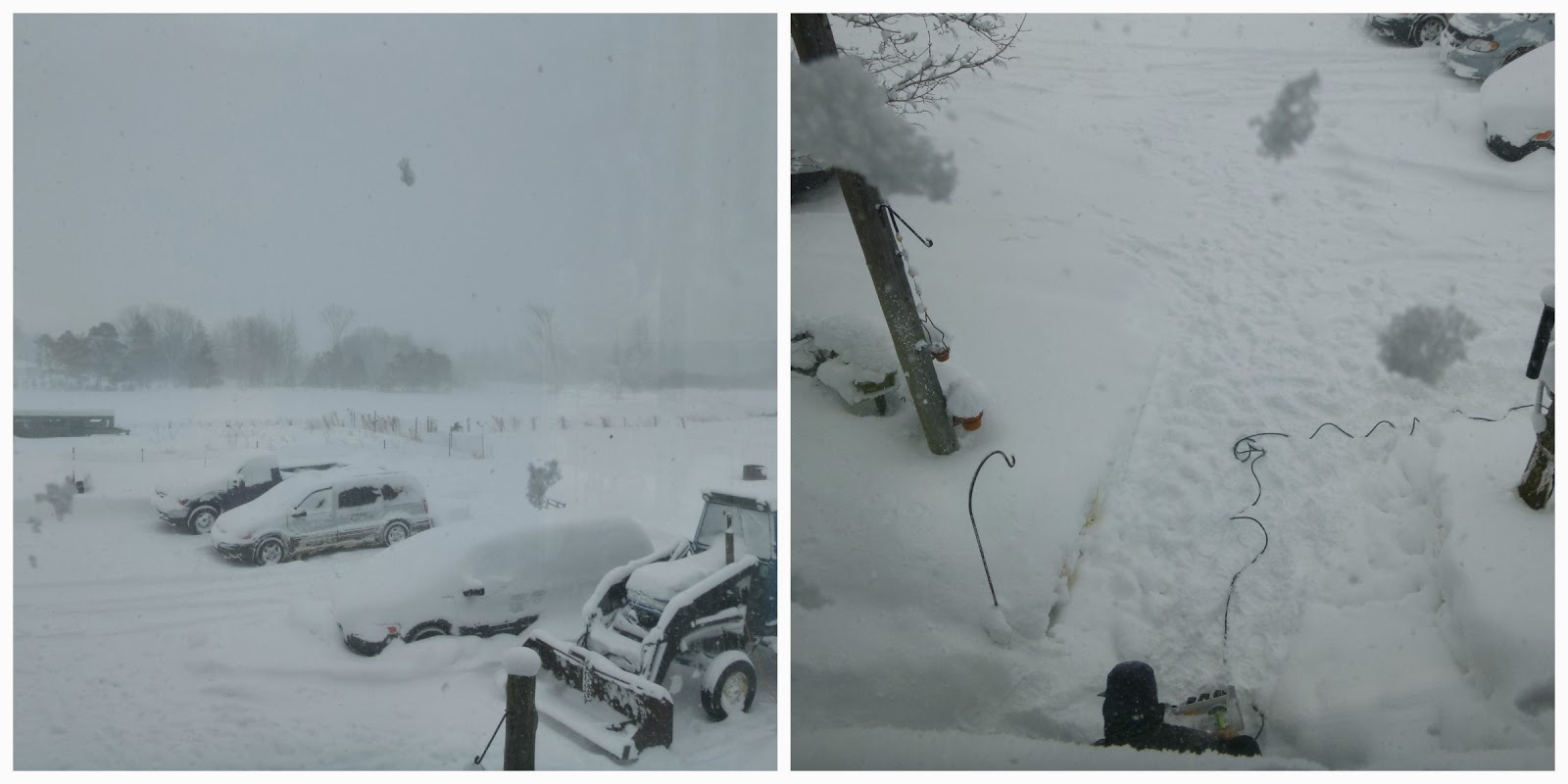 Rob also was able to "bust" through the very deep drifts at the front of our door so we can once again let Bandit out this way.  The drifts out front were at least 5 feet in some spots & 3 feet in front of the doorway. 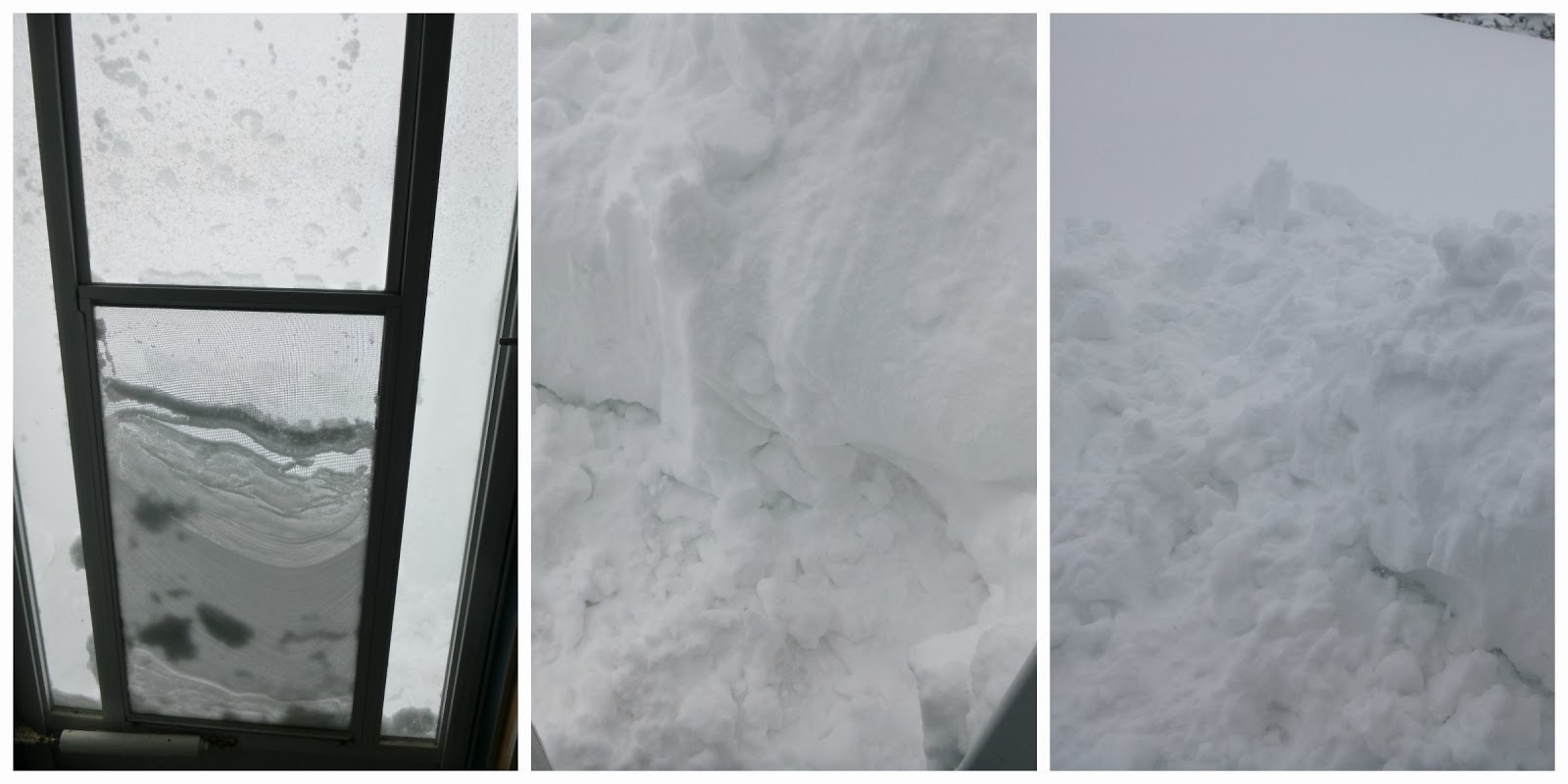 Rob had a hankering for French Toast, so Lunch was French Toast.  Dinner was easy with leftover Chicken made into yummy toasted Chicken Salad Sandwiches along with a bowl of Chicken Veggie Noodle Soup.  Dessert?  pick a fruit. 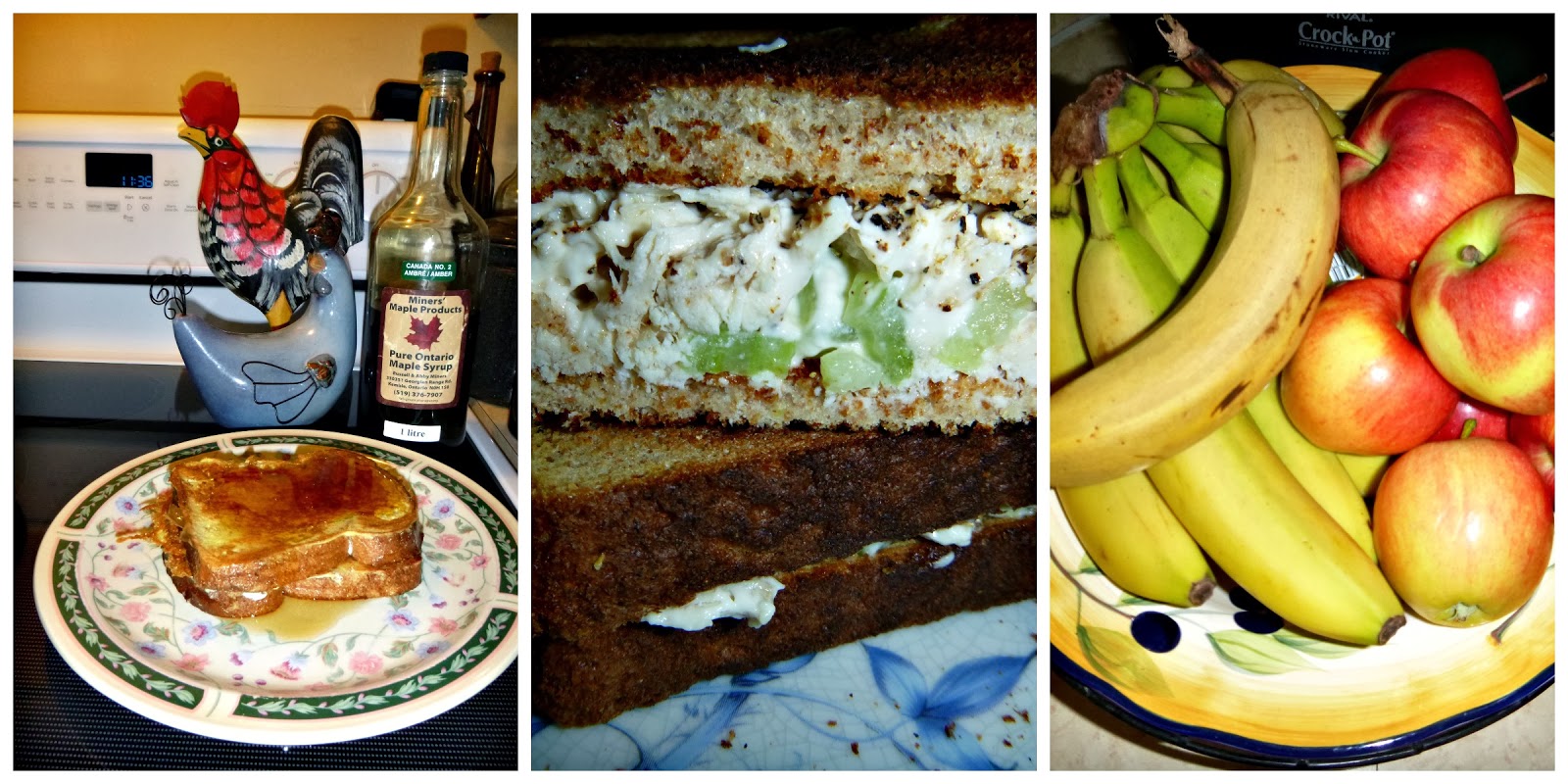 Really this Old Fashioned Winter weather we have been having for the past couple of weeks is starting to get a bit tiring, do you not think?  On a positive note, I am pretty happy about it as I won't drive out in it which means I am getting some things done around here that have been bugging me for awhile.

For me the nasty weather has been a win win situation, especially since I have also been cozy with the lovely heat from our Wood Stove.  For our business, it hasn't been the greatest with the days lost, but I would best have our drivers and vehicle safely parked at home rather then out in a raging Winter Snow Blizzard.

As long as I have lots of wood and food in the coffers, I am quite happy to stay put at home.

I am happy to say the Dropping Weight Sensibly Support Group I created on Facebook now has 15 members.  It is nice to always have an "extra" motivational support anytime we can, is it not ?

I think this Friday I am going to have to come down off the "Band Wagon" of strict weight sensibility as it my Rob's Birthday.  I am thinking an Old Fashioned Chocolate Cake is something he would be happy with.  How can I not make a cake for him for his Birthday?  *Sigh* I think I will just have to.

I still have a few dishes to do up yet, and my final 10 minutes on the Treadmill.  Hopefully I can stay awake a bit longer tonight so I sleep most of the night until morning, "Just North of Wiarton & South of the Checkerboard".
Posted by Cindy@NorthofWiarton at 1/28/2014 06:47:00 pm