What a "wicked" blustery day it has been here.  High winds and pouring raining all day long.  Had it been snow it would have been a treacherous day this day.  Thank God it hadn't been, that will come all too soon enough without any wishful thinking on anyone's part who likes the "white" stuff (William Kendall, you come easily to mind on how many times you mention that *S* word).

First thing this morning, trying to ignore what was going on outside while I enjoyed a coffee, I heard a huge "bang".  I thought I best investigate.

Apparently our BBQ was not as fortunate as Piglet being grounded by Pooh Bear.  It remains where it is until Rob gives me a hand to right it. 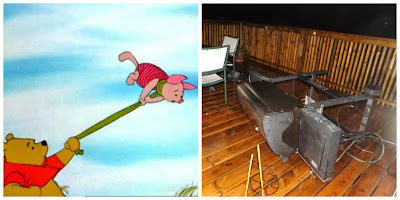 We were not the only one to have damage by resulting high winds.  Before heading out to Owen Sound at 9:30 am, the hydro had gone out shortly before 10:00.

I had just passed Clavering to see some Arcing going on atop the hydro lines.  A tree had fallen on them.  I pulled over to call 9-1-1 for the Fire Department, or whatever authority could arrange for Hydro to take care of it.  Later in the day on my way back out this time towards Southampton, Hydro workers were on scene. 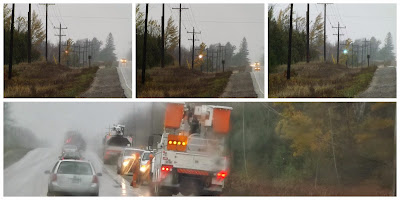 Hydro at our house was probably out approxmately 4 hours I would estimate.

Down in Southampton briefly today, I was told the hydro had been going off and on all day due to the high winds.

Before leaving Southampton I took a drive down to the Centotaph to take in the breakers out on Lake Huron.  I do so miss this part of my hometown with the Lake so close at hand. 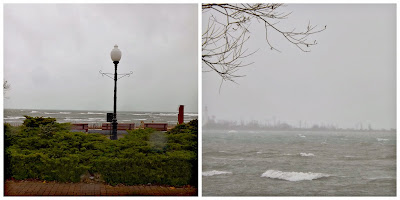 Once again back through Wiarton I made my way to return home.  Yeah ! the hydro was on so I was able to check out my email.  There in my "inbox" was an E-Blast from the Wiarton & District Chamber of Commerce.

Oh my, what a welcome !  Thank YOU WDCC for such a huge welcome. 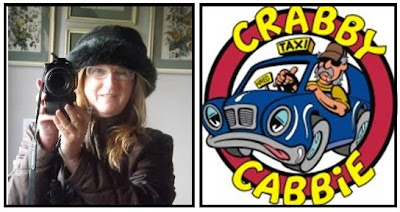 That most certainly was an unexpected email, and E-Blast !  Also "special thanks" to Mandy Sebok, Administrative Assistant to the WDCC, for doing up such a flattering write up.

This afternoon was spent doing a bit more "Crabby Cabbie" paperwork, since yesterday was the end of October with at new month upon us already.  Hello November 2013 !  what a start with the blustery windy rain day we have been having.

I actually took a breather while preparing our Dinner to actually admire the one part of my Kitchen Counter I managed to declutter and clean thoroughly this week.  It was a dent, however small of one. 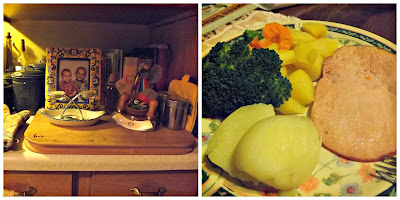 Since our Wiarton driver is otherwise occupied, I have a call to go out on at 8:30 pm yet this evening.  I am hoping it does not take me too late as I am looking forward to a hot shower and the comfort of my bed this evening, "Just North of Wiarton & South of the Checkerboard".
Posted by Cindy@NorthofWiarton at 11/01/2013 07:43:00 pm