There was never a doubt in the mind of anyone that Stompin Tom Connors was anything but a devoted Canadian, especially through his music.  An Icon who is very missed by many.

Today our day began as usual, then on to other matters.

Since Rob rarely gets a day off, I did not want to ask him to do too much this morning, especially since we also had company.

However there was something that had been bugging me for the past week or so, that being one very huge Queen Annes Lace, or Wild Carrot, that had found its way into one of our flower beds.  Armed with lots of help, Rob got to the root of the matter for me.  Now was that a big weed or what !!!  Next thing bugging me ... ponds needing cleaned out and pumps going.  *Sigh* maybe by the time the end of  Summer rolls around. 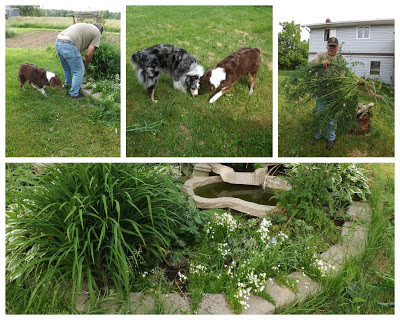 This morning Vicki and I thought we would introduce her 10 month old Dachshund, Beaner, to the remaining two Aussie pups.

That Wiener Beaner guy is Wild !  maybe he will not get me up here.  Wrong ! he found me.  Okay let us go two against one Beaner to see if that works ... 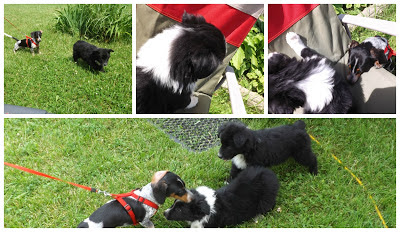 Ha ! that had been very amusing until we had company drop in on us for a bit.


Company just happened to be our Forever 4 pup, Bindi.  Her Forever Family and her were on their way camping at Cyprus Lake.  Is she not one beautiful girl ... or so I think her to be, but then again I am quite partial when it comes to our Aussies.

Last year Doug, Vicki, Rob and I had attended the Canada Day festivities put on by the Wiarton Optimist Club at the Wiarton Bluewater Park, so why would this year be any different for us.  After Bindi and her Forever Family had left, off the four of us went on our motorcycles, downtown Wiarton.

Lots of people at the grounds, with a Horseshoe Tournament going on ... oh that just happens to be my Brother, who does not even see us, but he had earlier and waved when we had first arrived.  There was even a Firecracker in the midst of the Park ... imagine that.  Hopefully Joyce-Lynn was able to raise some more money to help towards the evenings Fireworks.  With that winning smile I am certain she did.

Lots of Vendors.  Some familiar faces, and some with my favourite treats were there.  Abby & Russell of Miners Maple Products and Natasha of Colpys Creek Farm & Bakery.

There were French Fries (really good ones too I might add), Strawberry Shortcake, and there is another favourite one of my Goodie people, who other then Cathy of Cathys Confections.  Yes, both Rob and Vicki had made a purchase of Cathys Pecan Butter Tarts.  Truly Yummy !

We stopped for a beverage at Tim Hortons before heading up the hill back home, as Rob had realized we needed some air put in the back shock of our bike.  We were happy we were heading North, and not South ... check out all that traffic heading home this afternoon. 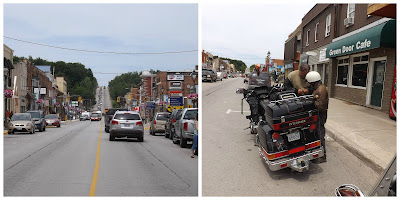 When we had stopped in at the house for air, Vicki let Beaner the Wiener out ... oops he spotted me.

We headed out North for our drive up Colpoys Bay, Road # 9, to take in the Scenic Route.  There is the Government Dock where we will go later tonight to take in the Fireworks from across the Bay at the Bluewater Park.

At Lions Head we drove down by the Marina before heading out of town back towards Hwy. 6.

Before we had left for the day I had put Pork Tenderloin in the Slow Cooker.  I was trying a recipe I had just found last night and was pretty sceptical about trying out with fear it would dry out the tenderloin.  Much to my surprise it was amazing ! with every one of us four enjoying it, and the guys even having 2nd helpings. 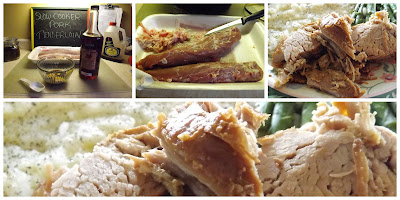 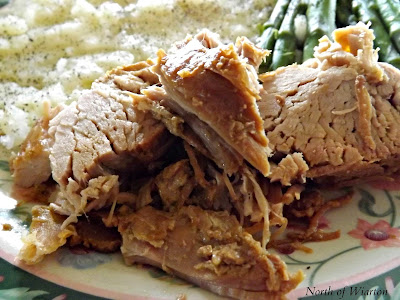 Pssst... the Rhubarb Custard Pie I made yesterday was very good, as we had it for dessert. 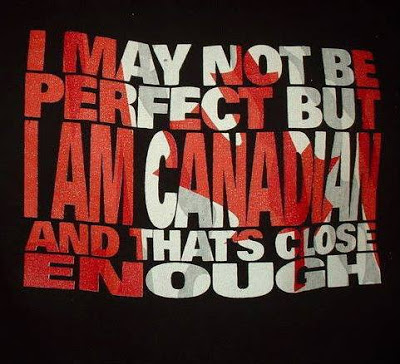 On that note I will be signing off this post, as I think we will be off to see Fireworks later this evening, Just North of Wiarton & South of the Checkerboard.
Posted by Cindy@NorthofWiarton at 7/01/2013 07:32:00 pm