What a crazy morning I had .... after my usual doggie duties it got more interesting with a whole bunch of "Crabby Cabbie" paperwork from billing, advertising and running errands.  Really truly it took me all morning by the time I started here, headed out and returned back home not until Lunch time.

Bank, Hospital, two courtesy calls, a trip to meet my "Crabby Cabbie" down the highway to Hepworth, stop at the OPP office for Police Check applications (required of Taxi Drivers), back to town with another courtesy call, stop at the Chamber of Commerce, a drop in at a friends then finally home to start with the out, about and back in with each of the Aussies again.  A vicious circle the running was again with not much other accomplished here, however ....

"In my absence there were many being procreated..... " 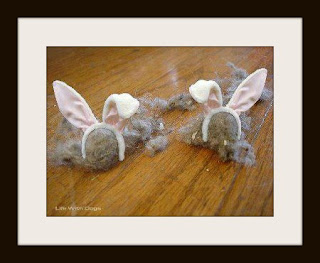 I did manage to, of course, make my bed and do up a few dishes before beginning the "one" thing I had on my list that I had wanted to get done by mixing Peanut Butter and ??

".... Oatmeal and Chocolate Chips.  Oh so good with a light outside crust and a chewy inside full of goodness." 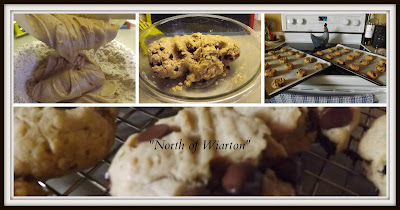 I had just finished up making three sheets of goodness, cleaning up the mess and dishes when my "Crabby Cabbie" returned home.  Off we went again as we had to head over to Owen Sound to replenish the low doggie food coffers, along with a few other items we needed from the "Big Box" stores of Walmart and No Frills.


"I had been thinking with Lexus getting all the attention with her last litter of puppies, that Missy Mercedes needed some attention, so we loaded her up and took her along with us.  She is really quite the roly poly girl now with only 3 more weeks of pregnancy yet to go, or there about." 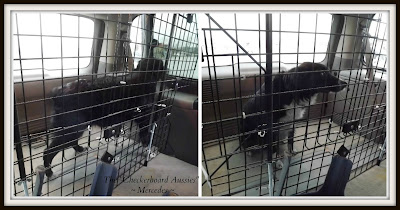 By the time we did our shopping, grabbed a quick bite to eat in the way of a grilled chicken sandwich at Wendy's (yech, as our usual Chinese Restaurant is closed Mondays), it was almost 8 pm by the time we returned home and had the van unloaded.

I FORGOT another upcoming April Event.  Mark those Calendars AGAIN !

Phew ... April is one busy Month around these parts if nobody had noticed !