A number of events have been going on with "Wrapping Up October 2012", in my little World here.

Where the "studies" correct? that woman are more liable to watch a video ?  Ha ! could be.   Also a "gentle" reminder to men, "men can also get Breast Cancer", you can read about some of those facts by *clicking* HERE.  Take good care of your bodies.

Halloween also will be "Wrapping up October 2012".  Here are a few tips and such on that subject ...

"I wish I could be this creative, but alas I am not ... but I do like "sharing" others talents." 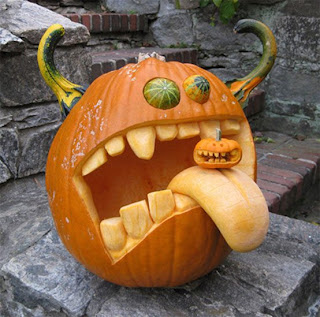 "WARNING !!! Don't throw out those "pumpkin seeds" as they have lots of Health Benefits .... check them out here, http://www.care2.com/greenliving/10-health-benefits-of-pumpkin-seeds.html?page=1, then use the "pumpkin" in your pies of course !" 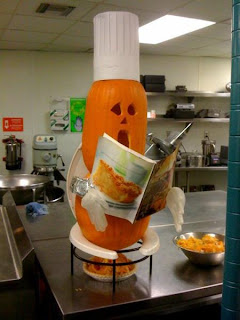 Even Rob was involving himself in some "Wrapping Up October 2012" chores around the house.

"Yeah !!!  A few more "dead" items cleaned out from the dungeon we call our basement." 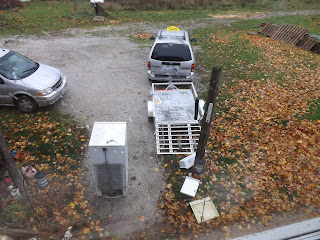 "Cindy's Recipe Exchange" on Facebook was "Wrapping Up October 2012" by drawing a name for the Exchange's very first "give away".  Within the past week, prior to the Winner's name being drawn today, there had been 13 Member "tried, tested and true" recipes posted to the exchange, as to qualify for the Give Away.  Always the "Cream of the Crop" I might add all the recipes are, and Easy Peasy as 1-2-3 too.

The Winner of the Give Away, just so happened to be a local gal, who I was very pleased to have met to give her the Draw Prize in person.


"Congratulations went to Angie for Winning the very first "Give Away Draw" at Cindy's Recipe Exchange, and for submitting her "tried, tested, & true" recipe for Cheese Scones!" 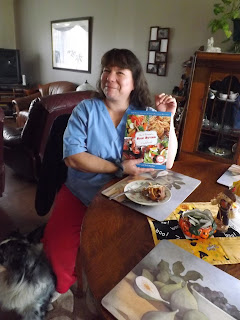 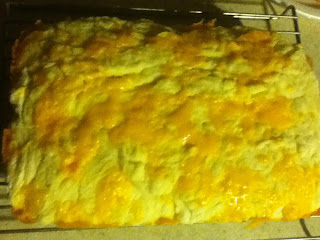 Mix dry ingredients together; add water mixing as you go with a fork. Once a sticky dough as formed add diced cheese. Sprinkle with flour using your hands to ensure it is covered top, bottom and sides. Cover with bowl and towel for 10 minutes. Lift and place dough into a greased 8x12 pan; flatten to edges gently. Add grated cheese to top for the last 5-10 minutes of baking time. Bake in 350*F oven for approx. 35 minutes or until toothpick comes out clean.


Once again, congratulations to Angie and thank you for your recipe !!!

Today I thought I would be "Wrapping Up October 2012" by making one of my most favourite soups, as well as a new recipe I have been hankering to try out .... of course I had all ingredients in the house for the new recipe, but for one, so off downtown to the local grocery store I went.


"I never come out of that store with just that "one item" I needed !  but however I did very well on all of this for only $17.00.  The steaks will be chunked up and froze for when I want to make up an Old Fashioned Stew in my Slow Cooker.  Oops it was two things I had needed at the store I have now realized as I look at this photo.  Celery and the Orange Juice.  The celery were marked down to 49 cents each, and the Fruit Yogurts (my fav) were marked down 1/2 price to $1.50 each." 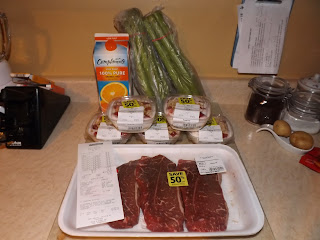 "I got all my Ducks lined up in a row before the dicing and chopping began in ready to put together the Big Batch Chicken Soup." 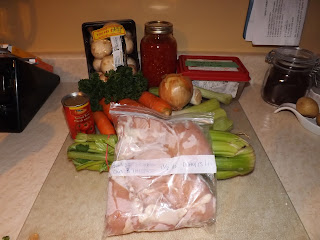 "Chopping, sweating the veggies in a bit of olive oil,  with simmering of all to follow,  brought it together in a bowl alongside a Grilled Cheese  on Multi-Grain bread."

Once the soup had been simmering to doneness and perfection, I got onto making that recipe I had been hankering to try.


"The batter was prepared, with the filling next ... then came the layering, and baking of it all." 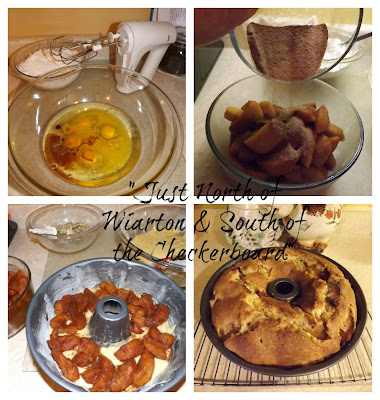 "Then there was there was the wonderful aroma of apple cinnamon filling the house.  Cooled and served up on a Platter in all its mouth watering goodness .... oh yes, it was."

Now on of the most important things to be done before "Wrapping Up October 2012".  This would be to  send out our positive thoughts and prayers for all those who are in the path of the "Frankenstorm Sandy".

The winds are high and the air is feels extremely cold outside where we live, but on watching the News forecast there are worse effects of the storm going on South at our Neighbours in the US.  Rob and I were discussing that maybe the Generator should be taken from where it is presently stored to be placed closer at hand in our basement, as the Storm is to be heading our way with its full wrath to be here tomorrow.  It is times like these with threats of power outages and such that I am so happy we have wood as our source of heat in the event of no power.

It is being said this Frankenstorm Sandy will be making History.  Oh I sure hope it's wrath spares many while it is doing so.