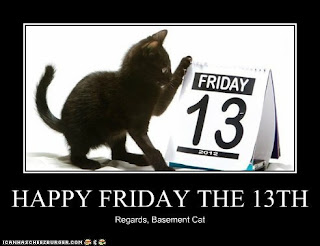 Here is hoping everyone had a fantastic Friday the 13th ?  I do so love Friday the 13th days, as they have all seemed to go rather well for me in the past.  I am wondering if this is the "positive" thinking I have attached to these days that they have turned out so well for me?  Um mm, something more to set my brain on "overload" with I am sure ... lol.

Do you not love walking out your front door at any given time to drench yourself in all the sights and sound which surround you at times? 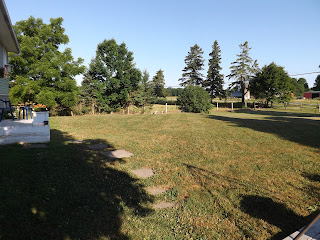 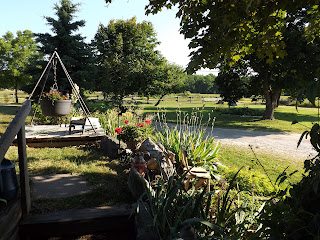 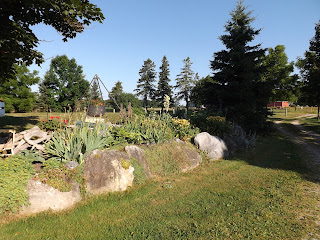 I had, what I thought to be, a pretty busy day, most of which was NOT spend at home.  Good thing as it was too hot to do anything much other then sit around today anyhow.

First I was off like a shot North of the Checkerboard, as I sure don't want to miss my weekly "shot in the arm", or else those dust mites and mold spores might gang up on my immune system causing even more havoc in my life.  Once I was finished up at the good Doctors, I head down South of the Checkerboard, straight way pass our house, Southampton bound.

This "Not So Crabby" Crabby Cabbie's wife was extending a helping hand out to her very tired, and at times, overworked "Crabby Cabbie" husband this day.  Rob had two pre-booked fares today, so he did one early this morning, and I was so kind to do the other one for him which just so happened to work out after my Doctor's appointment.

Off I went to Southampton to do my very first "Crabby Cabbie" fare.  The only problem with this scene was the pay rate is the same I get for laundering, cleaning, cooking, bookkeeping, etc..... "NADA" !!!  There is definitely something wrong with this picture, with the only soothing part is knowing I am not the only wife out there in this World getting the same Rate of Pay, now am I?  LOL


"Going through Sauble Beach on my way down to Southampton." 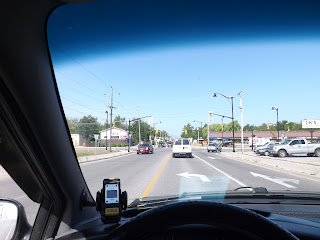 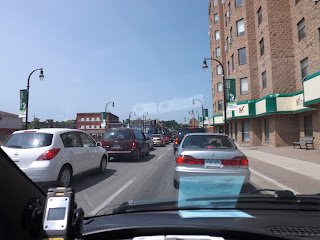 "Lots of traffic going through Wiarton with the beginning of a weekend and cottagers heading Northward bound." 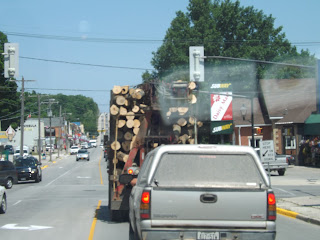 Once I delivered the person to Owen Sound, I came home to, what else but catch up on .... letting the "pack" in, out and about, doing dishes, making the bed, sweeping up the floor .... you know those other non-paid jobs needing done on a regular basis ?

Just after three pm it was time to go back to Owen Sound to take the same person back to Southampton, so off I went.  Once I got done what a "girl had to do to help out her hubby", I then got a little bit of payment in the way of ...


"Hanging out in the shade across from my old "stompin' grounds" of Jubilee Park in Southampton, just up the street from where I grew up." 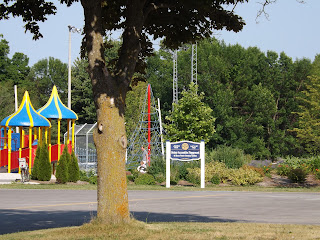 "To hang-out with my "Crabby Cabbie" hubby who was so kind to have treated me to a Large Timmies Dbl Cream coffee for all my troubles ... lol, how sweet was that?" 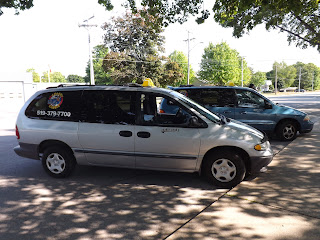 I did finally make it back home today around 6:00 pm, where of course I had to take all our four "Checkerboard Aussies" in, out and about, return a couple of phone calls, do a little bit of this and a little bit of that, before I could sit down here at this present time, now being 8:16 pm.

What else have I been up to lately?  Well two girlfriends I went to Grade School with at G.C. Huston Public School and I decided we would get together when one was visiting the other an hour from where I live, this Summer.  Then we decided maybe it would be a good idea to invite others who we went to school with while we were at it .... This has all now "snowballed" into a planned Event on Facebook for the 26th of July for all of us to get together, for those who are able, at the Walkerhouse in Southampton for lunch.

Whoop whoop ! ... looks like an original luncheon get together for three might be somewhat of a Mini Reunion!  I can't wait, as I am sure we will have lots of fun, hardly being able to contain myself to seeing a few "blasts from my past".

The Event was set up yesterday:

Ha, I called my one long time Girlfriend, who does not do computer, to let her know ... we had a couple of good laughs in our chat together with one comment being ...


OMG, talk about a laugh !!!  I could have rolled on the floor laughing so hard at that one !  This is why I love her so, or partly anyhow for her sense of humour.


I am sure there were lots of times we all hated each other, within days of being making back up with each other ... this is how it is "growing up", is it not?  This is why I never took to heart to many of my own boy's disagreements with their friends, as I knew in a couple of days they would be best of buddies once again.


I don't know about anywhere else around the World, but it sure has been a scorcher here today.  Rain, rain come any day ... rather then "go away" seems to be the song that comes to my mind.

"Almost every stretch of road I seen a Farmer taking in the hay.  Hay is going to be a commodity very high in demand this Year I am afraid, with corn right behind." 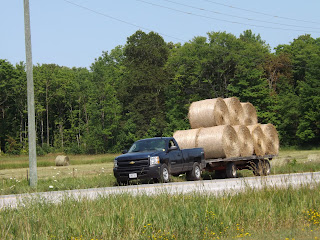