Out OF Mind Out OF Sight !

Bandit and I stayed up a little bit later then our usual bedtime last night.

"I think he hears something." 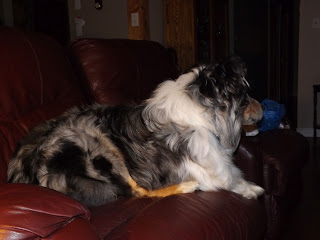 "Look at that, our "Crabby Cabbie" has arrived home before we were sound asleep in our beds.  This was a most unusual occurrence." 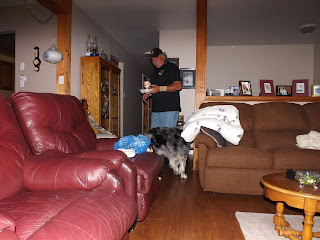 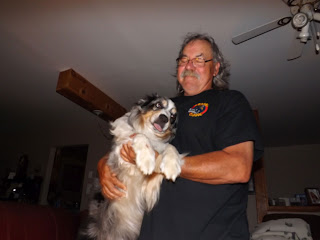 "Really now, do you think someone was head over tongue to see him???" 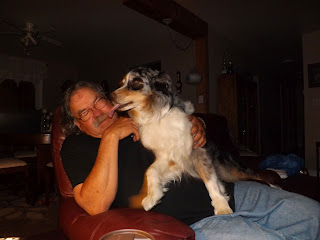 This morning our day began just before 6 am.  First off Buddy was taken out for his walk, with the now very "yakky" "Spectacular Six" being second in line for my attention and their needs.


"Once they lay eyes on me, there is much noise that goes on .... ear plugs would be in order at this time of the morning, especially when one hasn't yet had a coffee." 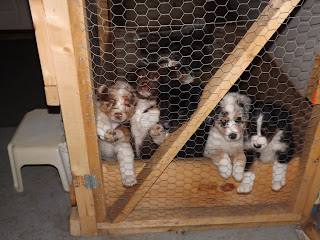 "The sky held promises of a beautiful day ahead." 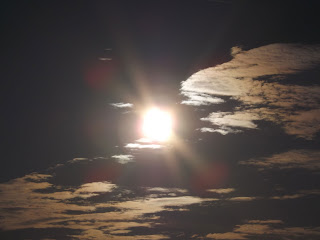 "Lexus was enjoying her nosing around first thing with the heavy dew still evidenced in the grasses.  Isn't she lovely looking? as I had given her a wonderful brushing out again last night." 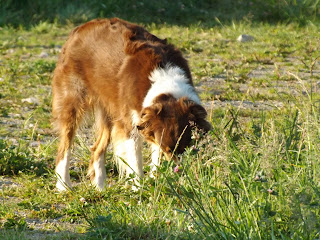 "You could not imagine my surprise to see this sight so early in the morning ... lol.  What the heck, this was a most unusual hour for my Rob to even think about being awake." 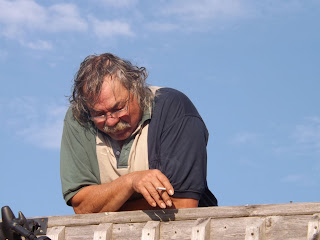 Once I did get back in the house, I finally managed to have a cup of coffee, or maybe it was two, before I carried on with the rest of the day at hand.

"Apparently while I was making our bed, Rob was trying out the new camera on his fleet of "Crabby Cabbie" vehicles, with one "thrown" in there for me, as I am just so lucky ... " 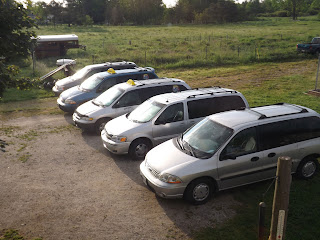 I managed to get a couple of things organized before my Niece arrived with ... 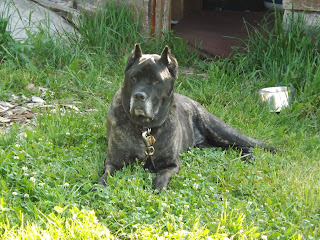 "Please rub my belly before you go, will you???" 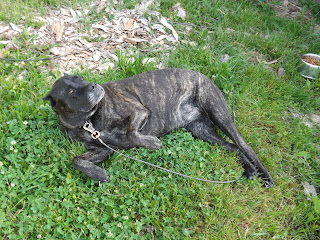 Jo-Anne and I had some running around and personal business to attend to this morning, before we came home to get lunch together.  I had "scored" some awesome broccoli and cauliflower at the local Foodland store for 49 cents each a bunch/head, along with 2 packages of mushroom also marked down to 49 each.

Lunch today was Broccoli Salad, Steamed Cauliflower and grilled Chicken Breasts on the barbecue.  It was all very very good, needless to say, as Rob does barbecue moist and tender food just "perfectly".

Once lunch was cleared away with, all the pack attended to, we were "off" down country to Port Elgin  where ....

"...we had to attend to some "Crabby Cabbie" business at the Saugeen Township Municipal Offices." 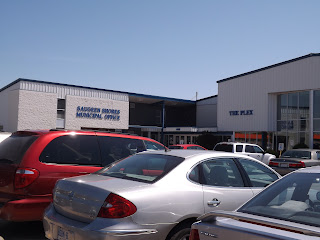 Jo-Anne and I also took the time to check out the local "Thrift Store" in Port Elgin, where she scored a really nice pair of jeans, and three novels, with me scoring a pair of dock jean pants and a Capri.  Jo-Anne's total bill was $7.00, and mine was $8.00; who could not pass up deals such as these?

Before we had left on our little excursion this afternoon, we had had a little incident ... apparently since I am not used to having anyone visiting too often, or anyone parked in my driveway, when I slowly backed out ....

"...looking in my driver's side mirror and not the passenger's rear mirror, we heard a little "crunch", realizing Jo-Anne's vehicle was parked directly behind mine ... hence a wee little bit of a "red" ouch on my fender.  As you can see, nothing a bandaid couldn't remedy?" 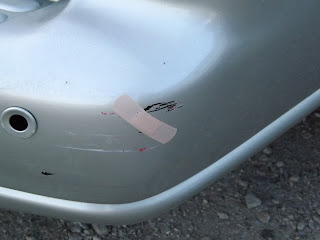 "Without a mark to be found from my vehicle on Jo-Anne's vehicle.  Go figure.  Needless to say, we have all had this happen to us.  "Us" being Rob, Jo-Anne and myself, so we had a couple of laughs, some reminiscing and carried on with our day." 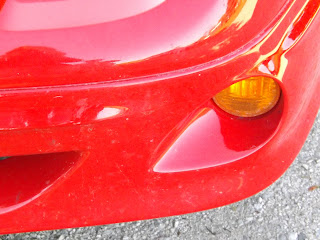 Once Jo-Anne & I returned back home, we looked after 5 adult doggies and 6 little (or not so little) puppies, before we had ourselves a supper of salad.

I had also received a phone call from Bell Canada, saying our Phone/Internet bill had not been paid since March.  I was "shocked", as never before have I left a bill unattended for so long, not intentionally anyway.  On doing further investigation, the Bell representative found out the billing had been changed to "Email Billing", thinking it had been generated in-house.  They didn't even have my correct email address, so mystery solved, but to the tune of a $255.00 two month unpaid bill .... as the old saying goes, "out of sight, out of mind", so I hadn't even thought about not receiving my bill the past 2 months, as there were most certainly other bills coming in with "Bell" on them !  There was no "late charge" fee applied, and the Customer Service guy was so polite and helpful.  As I said, problem solved to the tune of $255.00 !

"... for Jo-Anne and Pixiroo to pack up from their day with us, to head back to her father's place, where they are staying until their house is ready to move in to." 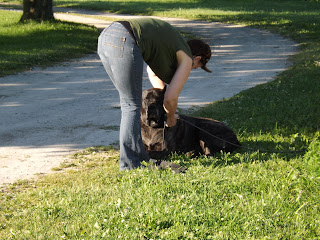 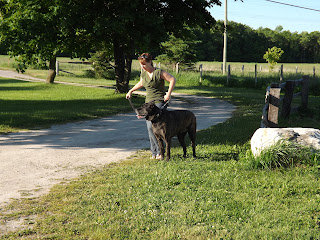 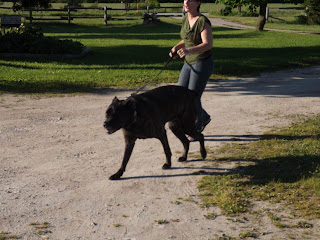 Poor Pixi girl, doesn't know if she is coming or going, more then likely thinking they are on an extended visit at her Grandpa Al's, not realized she has gone from being a "City Gal" to fast becoming a "Country Gal" .... lol.  I am sure once they get into their new home, she will settle in, in no time at all.

It has been a very all around busy day here.  I am tired, with big Aussies, medium Aussies and little wee Aussies still be looked after before I call it a night, "Just North of Wiarton & South of the Checkerboard".
Posted by Cindy@NorthofWiarton at 6/07/2012 08:38:00 pm